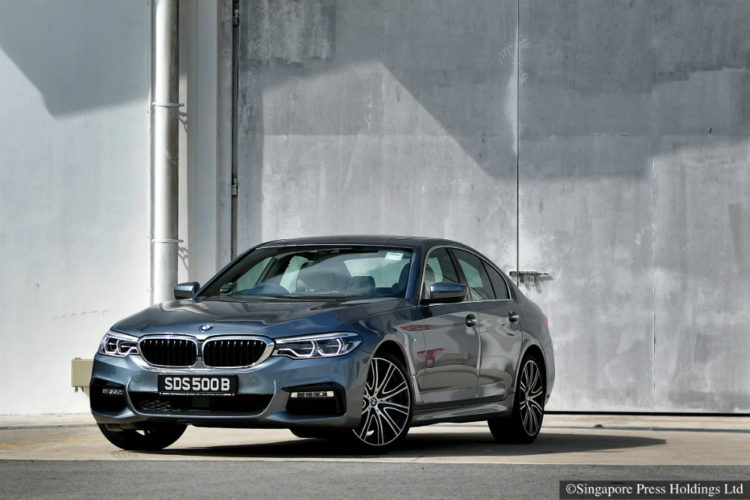 How do you replace a car that is arguably the most successful model of its time? You do it with something that is more of the same.

That essentially sums up BMW’s latest 5-Series – a car that is as statuesque and modern as its predecessor, but with a sprinkling of enhancements that will keep well- heeled buyers interested.

The car hides its generous dimensions well. At the wheel, it is 100 percent 5-Series, a car that has embodied “luxury performance” for decades. You sense immediately that it is a wee bit sportier, a wee bit more dynamic. A big reason for this is it is up to 100kg lighter and, yet, has a stiffer, stronger body than before. Extensive use of aluminium contributes to this.

The 540i tested here has BMW’s familiar but no less delectable turbocharged 3-litre inline-6 engine bolted in front. With 340 horses and 450Nm of torque available from 1380rpm to 5200rpm, the car delivers acceleration and agility with ease and, consequently, comfort.

Indeed, “pampering performance” might be a new term that best describes what the executive BMW offers, even if it is admittedly rather kitsch. No other car its size comes close to its blend of driveability and cushiness except perhaps for BMW’s own 7-Series with standard wheelbase.

The 540i just about matches what its bigger sibling offers inside. The driver’s seat is one of the most comfortable ones you can find, reminiscent of the sofa-like seat the Bavarian company used for its 7er back in the 1990s. The test-car is upholstered in Dakota leather, but showroom units will have softer and smoother Nappa leather.

As with many new cars today, the 5-Series is packed with technology. But being a BMW, it has a bit more than the competition. And you do not even have to step into the car to see that. Up front, behind its more prominent and shinier kidney grille is an active louvre system that closes to improve aerodynamism.

BMW says its improves thermal efficiency too, but that is hardly an issue in sunny Singapore.

Vents on the fender also mitigate turbulence from the wheels, as does a new design for the wing mirrors. 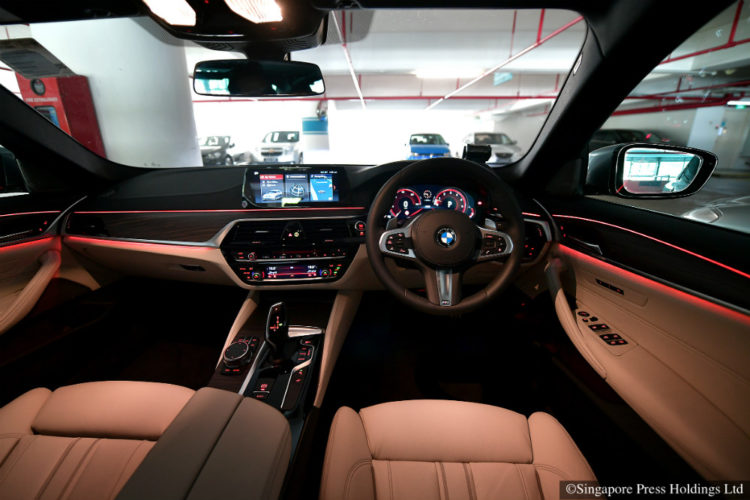 Inside its super spacious cabin, you will discover gadgets and more gadgets. Taking centre stage is a large infotainment touchscreen that mimics the drag-and-drop functionality of your favourite tablet, allowing you easy access and a level of personalisation. It is a more polished and elaborate system, like the one in the new new Renault Megane.

Gesture control, voice control and a crisp head-up display are the other toys. The latter is extra cool, as it now incorporates speed limits of all roads you travel on. Combined with an active cruise control system, speeding tickets can easily be a thing of the past with this car.

Other high-tech features include lane change and lane keeping assistance. Together with active cruise control, these steering interventions make the car semi-autonomous. And they actually feel less intrusive than similar systems in other cars. Still, they are not what any self-respecting BMW enthusiast will admit openly to liking.

What the enthusiast might like is an active damper system that is tied to the navigation system, allowing the car to prep for winding stretches well ahead of time.

The new 5er lets you take the tech away in your pocket, in the form of a display key first seen on the 7er. The key allows you to control various functions, including entering and exiting tight parking spaces without being in the car.

You can also pair your phone with the car, so you will be able to know its whereabouts in real time. Surely, a neat feature for Uber operators.

A Harman Kardon hi-fi, soft-closing doors and a built-in scent diffuser are the cherries on top. A familiar button to set the wipers in automatic mode has been dispensed with.

The Mercedes E-Class has fewer gadgets. But it is visually more stylish inside and out, has a slightly cushier ride quality and offers more usable boot space. But the BMW wins hands down in almost every other aspect, including driving pleasure, finer fit and finish, sheer size and tech – lots of tech.

Still, it is not a quantum leap from the previous 5-Series in any of those aspects (well, except maybe for the gadgets). It is, however, more tantalising on the whole. On that score, BMW has made a worthy successor. 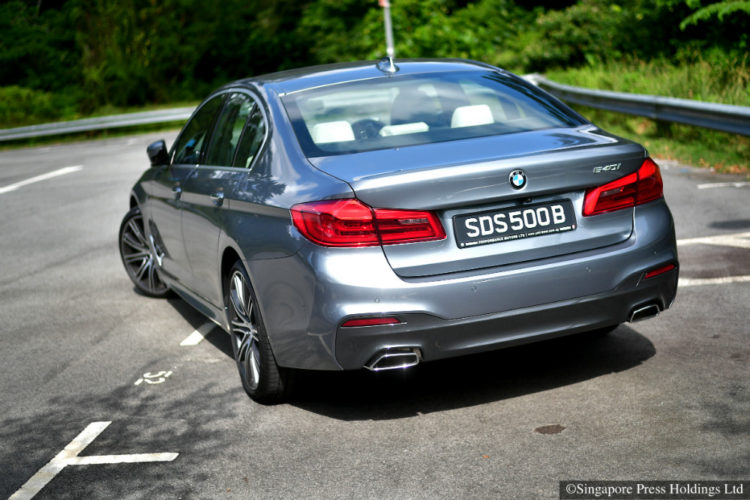