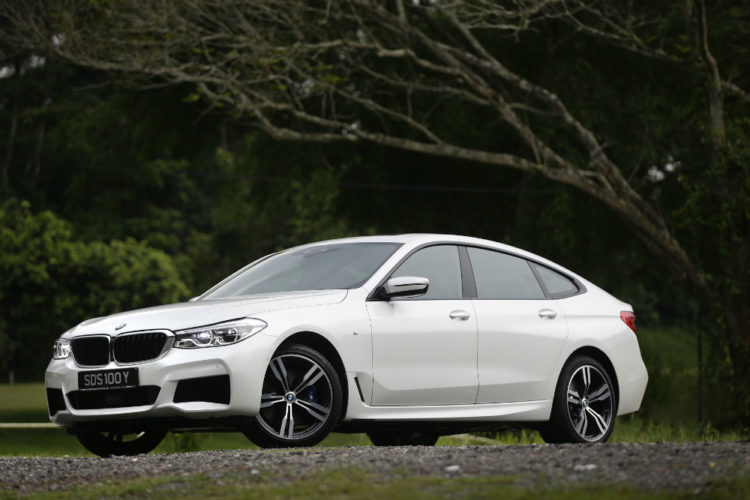 I had my first experience of BMW’s Concierge Service in the segment-defying 640i Gran Turismo.

But it was clever enough to divert me to Concierge Service. An operator came on the line in a jiffy, sent the desired destination to the car’s GPS and I was on my way.

That is not the only impressive thing about the 640i GT.

But what is a 6 Series Gran Turismo, you might ask. Well, it is not easy to classify the car, as it has elements of a coupe, a fastback, a wagon and an SUV.

But in a gist, it is sort of a cross between a BMW X6 and a 6 Series Gran Coupe. Getting in and out of the car is friendlier to folks who are on the wrong side of 50. Boot access is wide and of the right height, too.

It might be unimaginable for something of its size to move with any degree of grace, but the 640i will quash this preconceived notion the moment you shift to D and move off.

The car is equipped with BMW’s latest family of engines. With 2998cc of displacement and force-fed by a turbo, the inline-6 unit pushes out 340hp – 20hp more than what the Gran Coupe has. Peak torque is identical at 450Nm, but arrives earlier in the Grand Turismo. 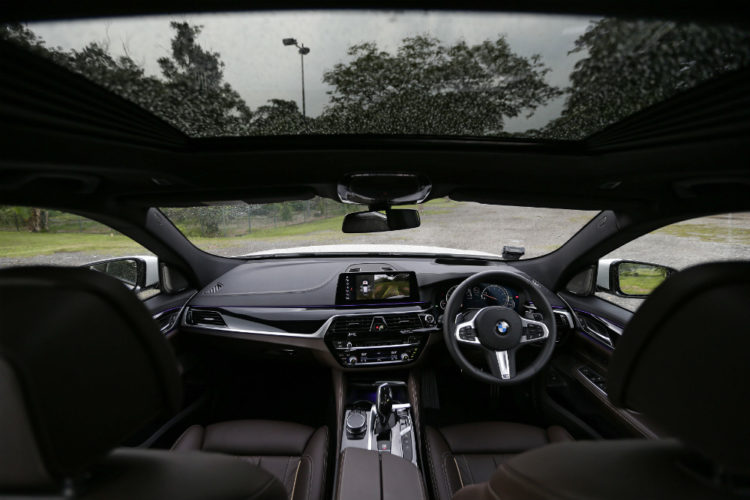 It hits the century mark in 5.3 seconds, making it 0.1 seconds quicker than its cousin.

But in the world of physics, there is no free lunch. The bigger and more powerful car consumes about 10 percent more fuel, with a stated economy of 11.8km per litre.

Pure grunt does not necessarily make for good driving, of course. The 640i GT, however, scores in other areas. It sits on a well-sorted chassis with wide tracks, self-levelling air suspension and intelligent all-wheel-drive.

The car is also fitted with differentiated tyres – 245/40 R20 in front and 275/35 R20 at the back. This gives the rear-biased vehicle better traction on take-offs and increased agility from its slimmer front tyres. Interestingly, this is what Porsche has adopted for its newly unveiled Cayenne.

On the go, the 640i GT feels absolutely fabulous. It is effortless, whooshing to pick up or overtake with a lightness associated with much smaller cars.

Its ride quality is superb. Occupants are pampered by the air springs, as well as the inherently languid movements of a long-wheelbase car.

Despite its size, the car changes directions with impunity, with a steering that conveys confidence via its crisp, linear and weighty feel.

The cabin is as what you would expect of a premium BMW, with a top-notch fit and finish, deep cushy seats, and switches and controls which are still among the best in the business (actually, the joystick gear lever is still the best there is).

So, what you have is a car which looks like a lumbering giant and is unlikely to turn many heads, but which also drives beautifully and offers as much comfort as a full-fledged limousine.

In other words, a car which truly deserves its name.