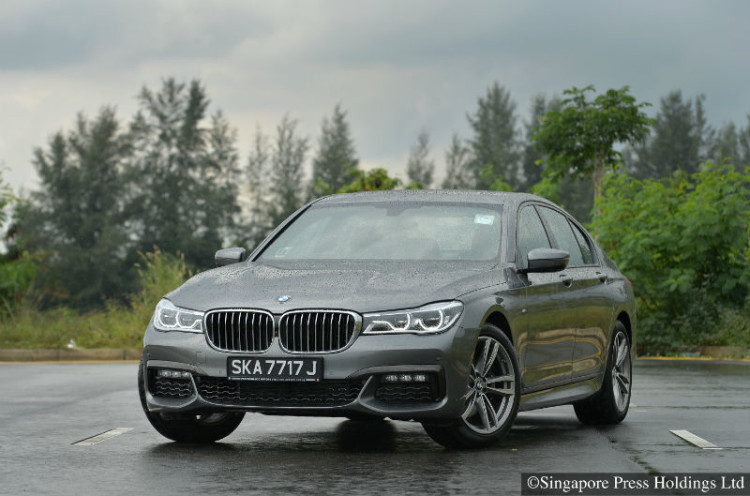 A 2-litre four-cylinder engine for a 7-Series limousine? Has the global push to go carbon-lite come to this? Has BMW gone bonkers?

These will be questions and doubts that surface when you are confronted with a 1998cc 730i. But five minutes in the car is all it takes to put them to rest.

The sprawling real estate of sheet metal moves with ease and dynamism, betraying nary a hint of the lethargy you might expect of a big body-small engine combination.

Its turbocharged engine makes up to 400Nm of torque from 1550rpm, allowing the limousine to cruise with the silence of its big-hearted siblings.

When serious acceleration is necessary, it summons its full rein of 258 horses to pull ahead of the pack.

Zero to hundred is accomplished in 6.3 seconds, which is plenty quick. On Singapore roads, there is hardly any situation that requires you to put the 730i to the test.

But you do it anyway, for the sheer joy and astonishment of seeing, and hearing, the modest engine work its magic.

The power plant revs freely to 5000rpm and the sounds it makes while doing so are surprisingly pleasing. Not the kind which makes your lips quiver, but good enough to make you suspect that BMW hid two extra cylinders beneath the bonnet. 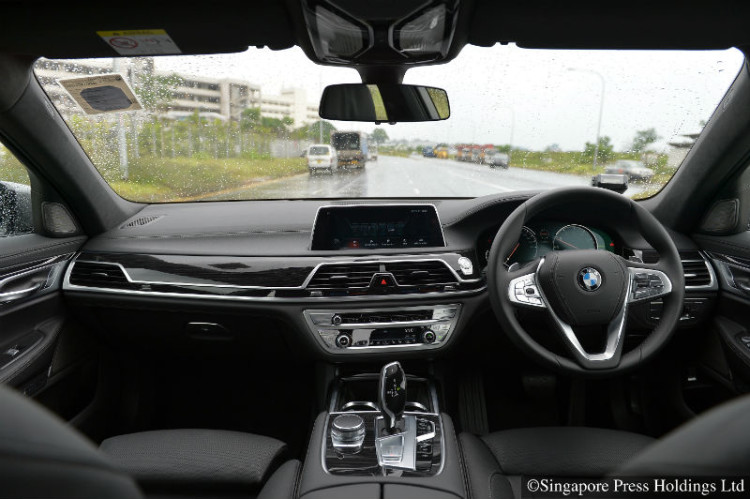 The 730i is an entry-level, standard-wheelbase variant of BMW’s latest flagship. Although at more than $400,000, “entry level” becomes a rather subjective term. Also, measuring almost 5.1m from bumper to bumper and with a wheelbase spanning 3.07m, it is still a fairly large car.

Rear occupants will still have plenty of legroom and the car comes with most of the creature comforts found in the 740Li and 750Li.

Its eight-speed automatic gearbox does a marvellous job of optimising the car’s output across its rev range, although it tends to dwell longer in the lower gears in stop-start traffic.

Which is fine, because the powertrain is as refined as you would expect a towkay car’s to be. But a slightly squeaky brake pedal mars the experience in the test car – nothing a bit of oil will not fix.

Easy. People who do not need the extra space of a long-wheelbase car and people who appreciate a sportier drive.

The long-wheelbase 7er is already pretty dynamic compared with its peers, but the standard wheelbase car is unbelievably nimble. It feels more agile than a 5-Series, with a chassis that seems to offer 100 percent handling and 100 percent comfort, not a compromised mix commonly found in most cars.

It corners with confidence and finesse, with a turn-in so neat and predictably precise, you feel you are driving a much smaller car.

So, despite its displacement and cylinder deficit, the 730i is an incredibly accomplished car. Like the Audi Q7 2.0 and Jaguar XJ 2.0, it proves that a big car does not always need a big engine.