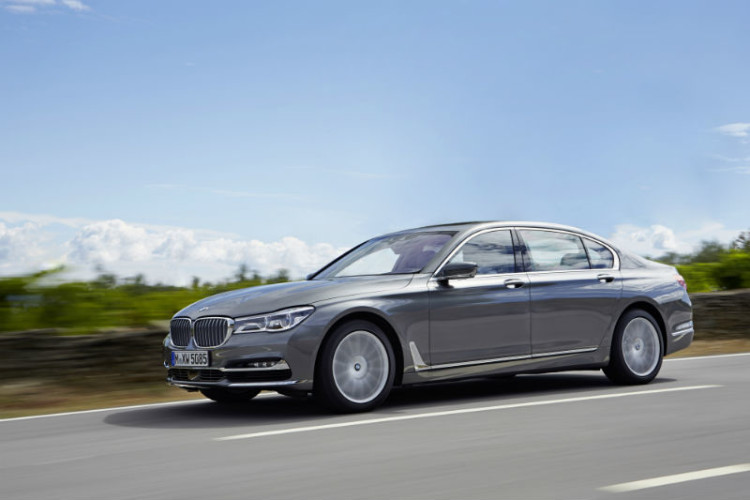 Do you need a driving licence to pilot a remote-controlled car?

That poser was on my mind as I gingerly moved a new BMW 750Li from the driveway to the road – while standing outside the car.

The flagship limo is the first car here to have this novel feature, which allows you to get in and out of a tight parking space without figuring how to get in or out of the car afterwards. It also comes in handy if you need to access the boot when the car is parked close to a wall – saving you the trouble of getting behind the wheel to move it.

The system will even make minor steering adjustments to slot the car in perfectly. And it is clever enough to stop if someone is in the way.

The car will also stop immediately if you are not depressing a button on the smart remote key as well as having a finger on the touchscreen.

It would have been more brilliant if the smart key took less time to connect to the car and start the engine.

The 750Li comes with a host of other goodies. Its headlamp high beam is powered by laser. First seen on the BMW i8 plug-in hybrid sports car, laser has a range of 600m – twice the distance of LEDs.

Like a real limo, it has two independent 10-inch infotainment screens in the rear, with a high resolution Blu-Ray drive no less.

These screens (and other functions in the car) can be controlled with a removable Samsung tablet in the centre armrest. The entertainment set is underpinned by a Bowers & Wilkins Diamond surround- sound system. 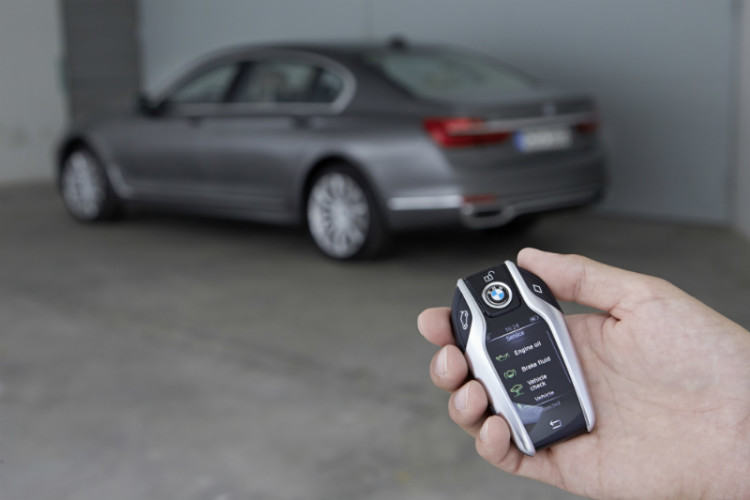 Combined with the superior insulation and acoustics of the 7-series’ interior, the hi-fi produces the finest sound in town.

Massage seats, with variable settings, are a given. What is extra cool is an inbuilt mini chiller hidden behind the middle rear seat. Powered by the aircon, it keeps two bottles of wine nicely chilled. The removable compartment doubles up as a wine carrier. The downside is that boot space is compromised when it is in place.

Besides travelling in comfort and style, towkays will be glad to know they are also safer in the 750Li, which comes with a rear collision mitigation package. If it senses the threat of a vehicle rear-ending it, the car flashes the hazard lights to warn the driver of the oncoming vehicle.

It also braces the occupants by tightening the seatbelt and setting the seats upright. All in a jiffy, of course.

It has rear crossing traffic warning, which is helpful if the 750Li driver is backing out of a blind spot and does not spot oncoming traffic.

This luxe barge is not solely for the chauffeured, though. It is powered by a creamy 450bhp V8 which makes driving sheer pleasure.

The V8 seems perfectly matched with the 7er’s 8-speed gearbox to offer smooth and speedy progress. Despite its 1865kg unoccupied weight, its ample reserves let you forget the car’s heft easily.

No matter how brutally you torture the throttle, the drivetrain remains poised and unruffled. A comfort-biased air-suspended chassis adds to the sense of well-being.

Against the standard-bearing Mercedes-Benz S500, the 750Li, with its suite of new amenities, matches the Merc’s level of comfort and luxury (but does not surpass it). It is, however, streets ahead in the driveability department.

That probably makes it the better limo – even without its remote parking program.