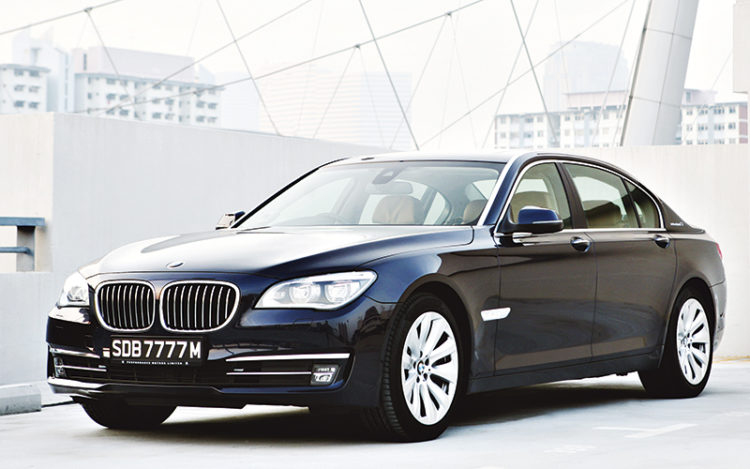 The second-generation ActiveHybrid 7, new to town like the rest of the updated 7 Series range, strikes an excellent balance between petrol-driven performance and electric-assisted efficiency. The engine is the same one used in the 740Li, but with a 44kW (equivalent to 55bhp) synchronous electric motor and a lithium-ion battery module (between the boot and the back seat).

With the hybrid system hard at work, the saloon has enough energy at its disposal to offset the 150kg weight penalty over the 740Li and provide the hybrid derivative with similar acceleration. It takes less than 6 seconds to complete the 0-100kmh sprint, yet its average fuel economy isn’t far from that of the 2-litre 520i. And its CO2 emission (158g per km) is virtually the same as that of the 528i. Of course, the more you use the hearty performance, the less “green” it can be.

The car still tries its best to help the tree-hugging towkay. At every opportunity, the engine snuffs out its internal combustion and “plays dead”. It also has the ability to operate as a gigantic “golf cart”, with battery juice alone driving it for a distance of up to four kilometres, at a top speed of 60km/h. But the battery needs to have enough charge, and the driver has to apply the lightest of pressure on the throttle pedal, and maybe there needs to be at least seven shady trees nearby. In other words, it’s not easy for this two-tonne limousine to be a makeshift electric vehicle.

It’s much easier for the ActiveHybrid 7 to masquerade as a sports saloon. It’s obviously set up for hours of comfortable cruising, but it handles cornering without complaint, especially in the Sport setting which immediately stiffens the suspension and steering. But the transmission suffers the occasional hiccup when moving off slowly on part-throttle after the start/stop function has reactivated the engine. 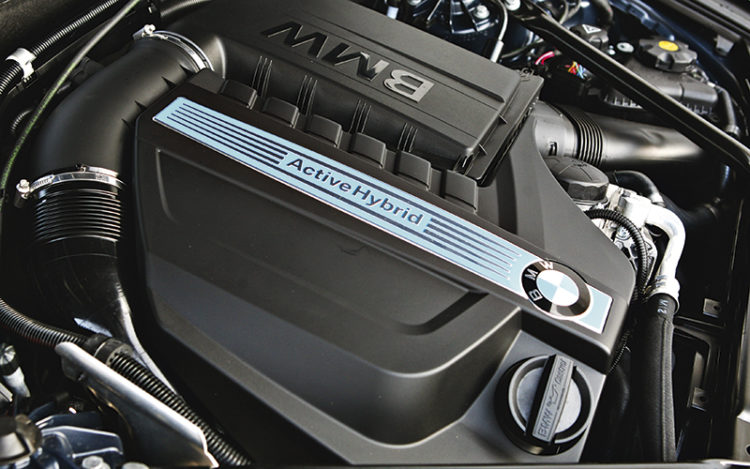 Three-litre turbo engine sourced from the 740Li has been made greener by the hybrid “add-on”.

More likely to be noticed are the gadgets. Existing features were improved, and a few fancy extras added. The infotainment has been made even nicer, and the iDrive interface has become supercharged-fast. The car can even parallel-park itself now.

Very high levels of safety and luxury are standard, as expected. In terms of space, the ActiveHybrid 7 has a smaller boot than the 740Li, with the battery pack and its ancillaries slashing the cargo room from 500 litres to 360 litres. It’s shaped well, though. 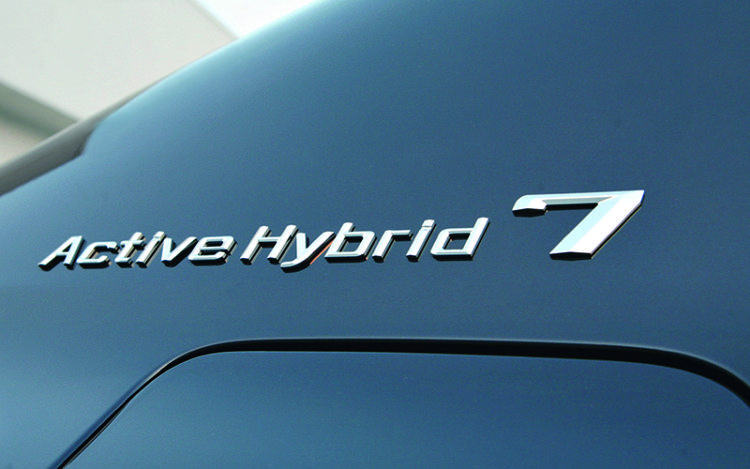 BMW’s ActiveHybrid lineup in Singapore is now complete, with the 7, 5 and 3 Series saloons all offering petrol-electric variants for the senior executive who wishes to go a bit eco.