BMW i8 is a super-green coupe that will blow you away | Torque
Loading posts... 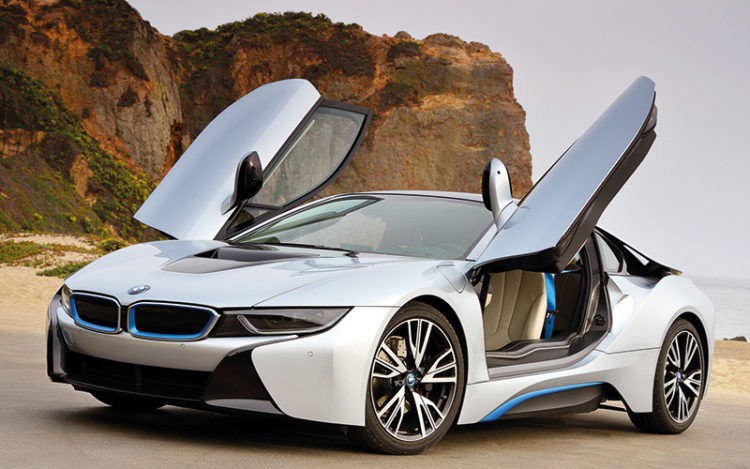 As should be the case.

The BMW i8 is one such convention breaker. The super-sexy petrol-electric plug-in hybrid coupe does zero-to-100km/h in 4.4 seconds, reaches a regulated top speed of 250km/h, and yet has an insanely low fuel consumption of over 47km per litre.

It looks like a genuine supercar, too – streamlined, ground-hugging, complete with dramatic butteryfly doors. But instead of a bad*ss V8, the i8 is equipped with a puny 1.5-litre 3-cylinder mid/rear-mounted engine. 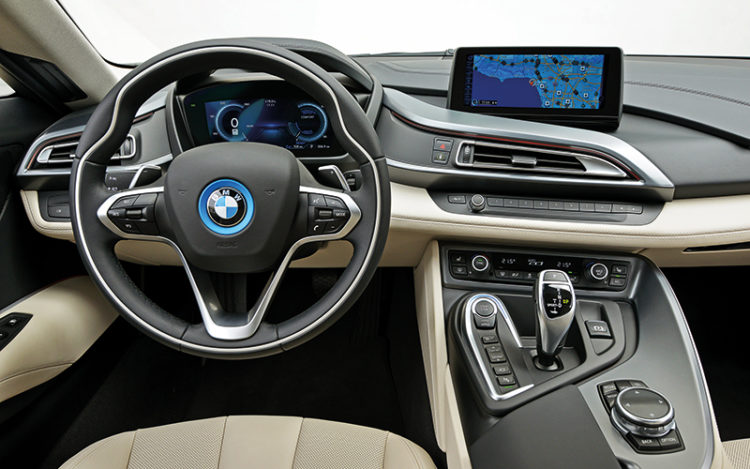 BMW i8 interior is more functional than futuristic, but bespoke features, premium materials and low seating make it feel special.

It is the same one found in the current-generation MINI and BMW 2 Series Active Tourer, but it’s been tuned to make 153bhp per litre.
It is almost unfathomable that a 1.5-litre car can hit 250km/h, but BMW has found a way around the physics.

Firstly, the engine is aided by a two-bar twin-scroll turbo. Secondly, BMW has kept weight at bay with the use of carbon fibre for the body and passenger cell, wrapped around an aluminium chassis.

With a dry weight of 1485kg, it is 155kg lighter than the Porsche 918 Spyder, the other German plug-in sports car (which is not available in right-hand-drive). Thirdly, clever design has resulted in a class-leading drag coefficient of 0.26. With these factors combined, it won’t be surprising if the car can reach 280km/h without a restrictor.

While 250km/h may still be deemed tame by supercar enthusiasts used to even higher speeds, the fact is most drivers – even those who are used to autobahn commutes – do not exceed this velocity. And as you might have guessed by now, the i8 is not about boastful, brutish performance. It is about responsible sportiness. On that count, it pretty much succeeds. 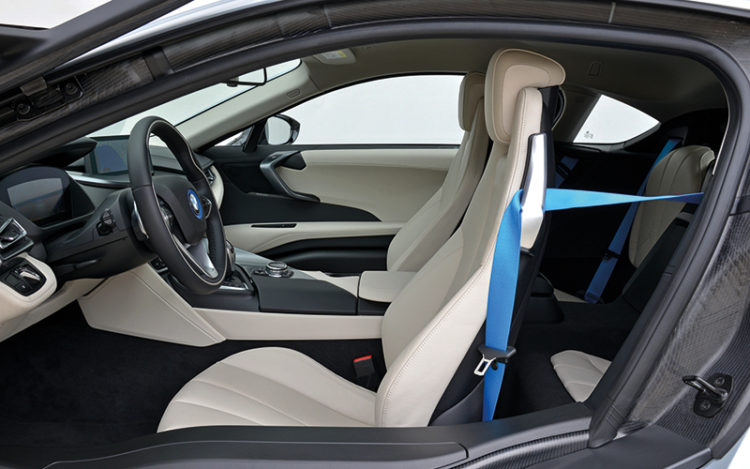 The car looks fantastic. Some of you would have caught a glimpse of it in Mission Impossible: Ghost Protocol three years ago. Here in Tinseltown, where sports cars are a common sight, the i8 turned heads and raised thumbs without trying.

An “amplifier” ensures that the modest engine makes all the right sounds inside and outside. The noises are not artificial – just amplified, with an emphasis on notes typical of a 6-cylinder. BMW could easily have included an artificial boom whenever the Start button is punched, but that would have been pretentious.