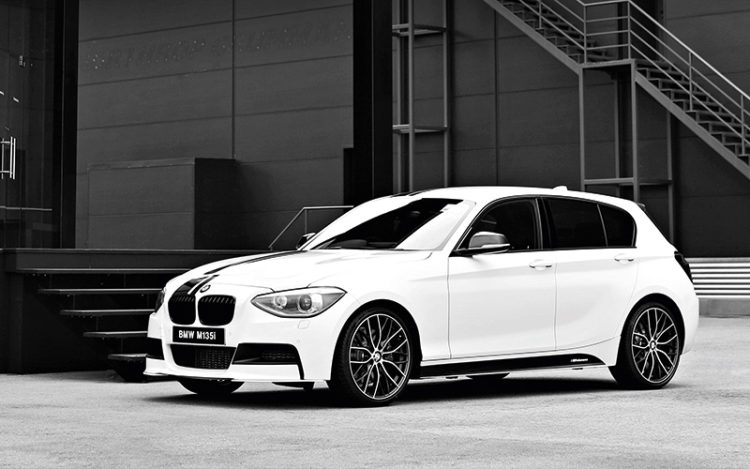 Before you drive the M135i, it’s hard not to be underwhelmed by it. A lumpily shaped, frog-faced hatchback, it’s easily outposed by a Golf GTI – Mk 6 or Mk 5. Yet, it has the temerity to wear an M badge! A more pedestrian-looking M car you will not find.

But BMW doesn’t stick its M emblem onto just anything, so what’s the deal with this oddball? Well, the M135i is the hottest version of BMW’s 1 Series. Fitted with the ubiquitous “TwinPower” 3-litre, twin-scroll turbocharged straight-6 and 8-speed ZF automatic that serve the entire BMW range all the way up to the 7 Series and the X6, this car is seriously over-endowed. 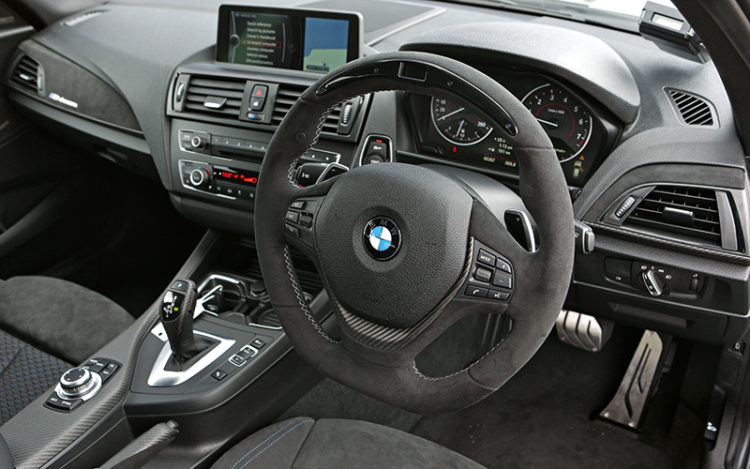 In this application, the engine generates 320bhp of horsepower and 450Nm of torque – well within striking distance of the recently departed, old-shape 1 Series M Coupe (or 1M for short), which develops 340bhp and an identical 450Nm (plus another 50Nm on overboost). The performance is absolutely on a par with the 1M, too, with exactly the same 0-100km/h and top-speed figures of 4.9 seconds and 250km/h respectively.

On the M135’s exterior are handsome 18-inch rims, custom-contoured side skirts, a more pronounced front airdam and a rear diffuser-styled valance, to distinguish it from the 116i and 118i. The car sits a tad lower than them, too – but that’s about it. If you desire further differentiation, pick the three-door bodystyle, which isn’t available for the standard 1 Series model in Singapore.

The M135i doesn’t feel special inside either, only distinguished from its lesser siblings by a chunky M-spec steering wheel and some tasteful Alcantara/hexagonal-patterned cloth trim, contrasting blue stitching, and subtle blue piping on the fascia. As with other 1 Series hatches, the cabin space is adequate but not generous – it seats four comfortably and five at a pinch, but a Golf, Megane, i30 or any other mass-market mid-size hatchback is more spacious. 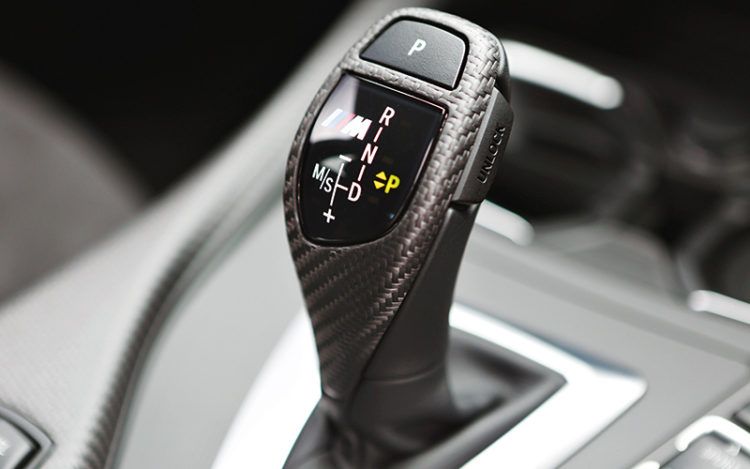 Eight-speed autobox is so effective here that it makes the optional 6-speed manual gearbox unnecessary.

It’s only when you move off that the magic begins – within a few hundred metres, you’ll know you’re in something special. There’s a muted purr from the engine but not much aural drama, and the car just darts off the line with such torquey verve that you know you’ve found an eager, willing ally.

That impression is confirmed the first time you change direction and sense the steering’s meaty resistance and immediate, slack-free response, and feel the whole vehicle pivot, inertia-free, into the corner without hesitation or roll. Press on and there are yet more encouraging messages flowing through the fat-rimmed wheel and the chassis, suggesting that this vehicle has so much more to give.

And indeed it does. Pushed hard, the M135i remains exquisitely composed, gripping ferociously and allowing just the slightest touch of stabilising body roll. You can feel both ends of the car working to turn the nose in and keep it tracking through the bend, so that it manages to feel both thrillingly agile and absolutely planted, all at the same time. If you’re really committed, you can subtly adjust the attitude of the rear-drive M135 in the corner by either easing off or applying more throttle. All this while the steering is delighting you with its perfect weight, its directness, and its keenness to communicate and interact. It’s very quick-geared and accurate, so you never need to make big sweeps of the steering – all it takes is a nudge of the rim to get the car changing course, and there’s ample information filtering through so you’re always acutely aware of the state of the tarmac underfoot, as well as the front wheels’ grip on it.

Given the M135’s top-drawer dynamics, it’s even more astonishing that it rides like it does. There’s a loose-limbed suppleness to the way it flows down the road, soaking up bumps and undulations with almost casual ease, such that hard-charging progress is never interrupted. Remarkably, this hot hatch with sports car-like handling abilities also rides better than many bigger, less nimble family saloons. 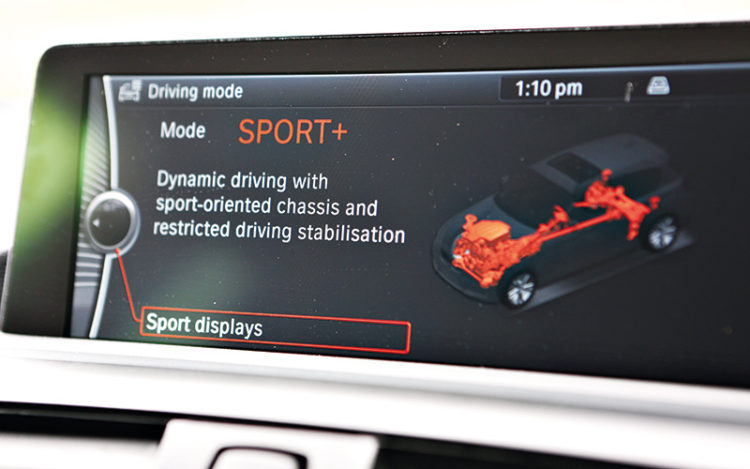 There’s also a Sport mode, which can be configured to sharpen drivetrain response, stiffen the suspension settings, or both. With the sportier chassis setting, ride quality clearly deteriorates, although it stops short of turning harsh.

The upshot is even greater roll resistance, snappier turn-in at corners, and tighter body control over bumps and undulations. But this mode is best reserved for smooth roads – over more serious ruts, the firmer ride is more bane than boon to the car’s progress. The Sport mode also adds some steering weight, but this is unnecessary – the steering feels more natural and fluid in its default Comfort setting. 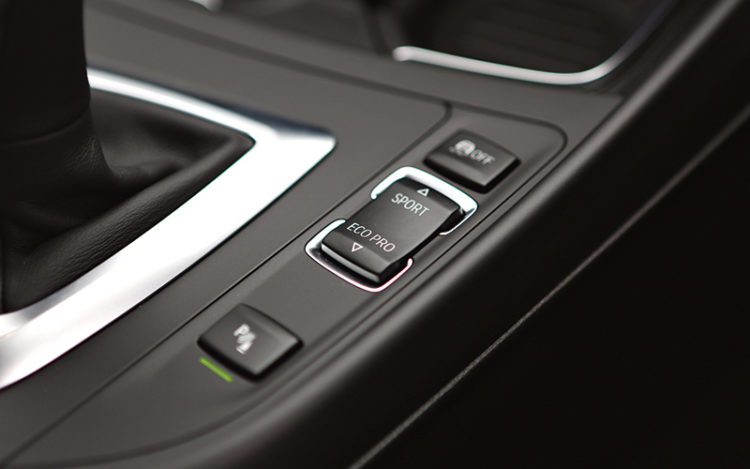 The M135i is an able mile-muncher, too. There’s some road noise on certain surfaces, but otherwise the cabin is a refined and restful place in which to cover long distances. The engine’s generous supply of low- and mid-range torque, the long-striding higher gears of the 8-speeder and that beautifully judged ride make it effortlessly swift and relaxed, while the storming overtaking performance is just an ankle-twitch away.

Charging up through the gears, the straight-6 sings freely to its 7000rpm redline and with immense verve, the transmission firing through each cog with almost dual-clutch immediacy. Of course, there are steering-mounted paddles if you want to take charge of gearchange decisions yourself. 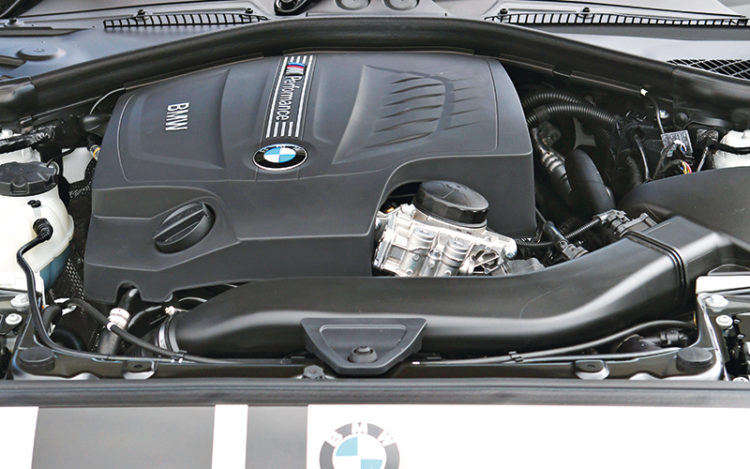 Three-litre turbo 6-cylinder gives the M135i a power-to-weight ratio even better than that of the mighty 1M.

For “handy” enthusiasts, the M135i can also be had with a 6-speed manual, but frankly, the 8-speed auto is so good and well-suited to the car that there’s probably very little added involvement to be had with the DIY shifter.

As a member of the M Performance family (together with the X5 M50d and the X6 M50d), the M135i isn’t pitched as a full-fledged M car, but ironically, it trumps some of the fully paid M models for involvement and excitement. And as its 1M-matching performance figures show, the M135i can absolutely hold its own against the stopwatch, or against the 1M for that matter. 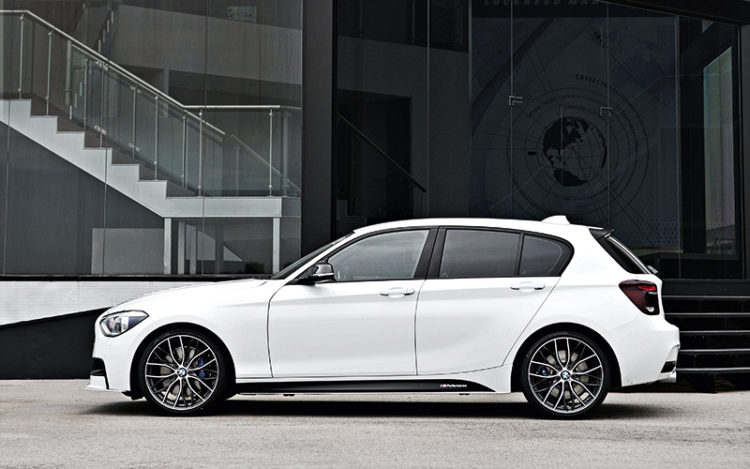 In 2013, the BMW M135i was the most ordinary-looking M-badged car, but it delivers extraordinary driving entertainment.

Look past its gawky shape and you’ll find a brilliant performance car – thoroughly engineered, incredibly resolved and fantastically engaging. It’s quite possibly the gem of the entire BMW lineup. 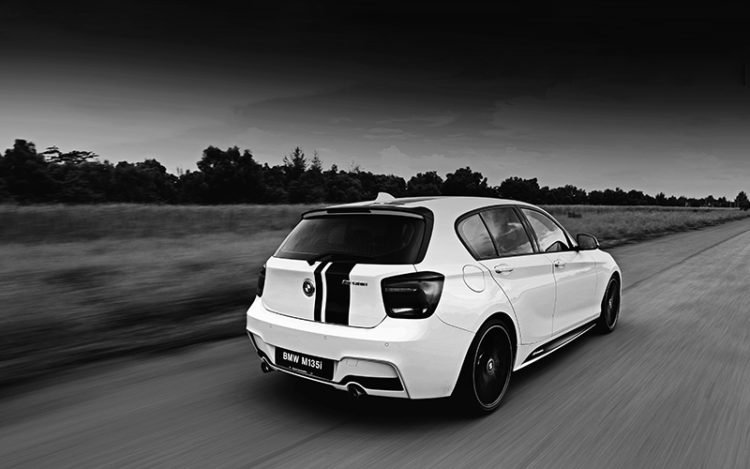 The steering is slack-free, and the whole machine is inertia-free.