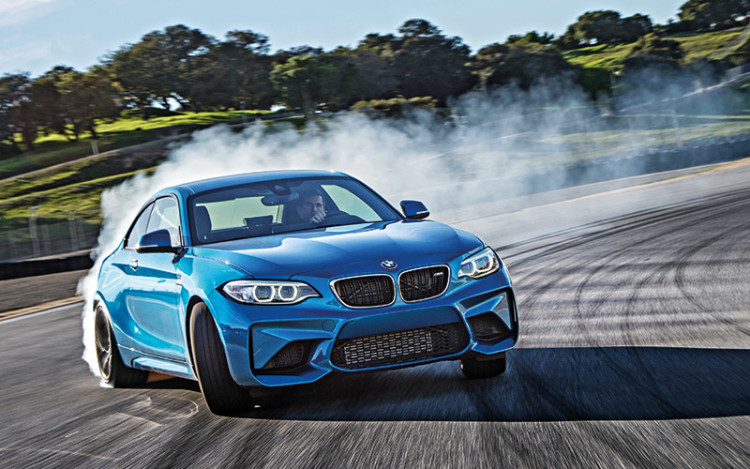 When I first drove the 2 Series (220i) Coupe, I was impressed by its balance and agility. It had more than enough power for Singapore roads. I thought to myself: “Who needs an M235i?”

But I had to eat my own words the moment I drove off in an M235i. I assumed it would be too much for local roads, but I was duly swayed by its linear performance.

I concluded back then that this should be it. If BMW created an M2, it would simply be too powerful. The output would overwhelm the compact coupe and render it undriveable.

Having put the M2 through its paces at the Laguna Seca circuit recently, and driven it up and down the scenic and winding Pacific Coast Highway, I realised I was wrong. Again.

The M2 Coupe might be the entry-level M model at this point, but it is by far the most titillating one to drive. 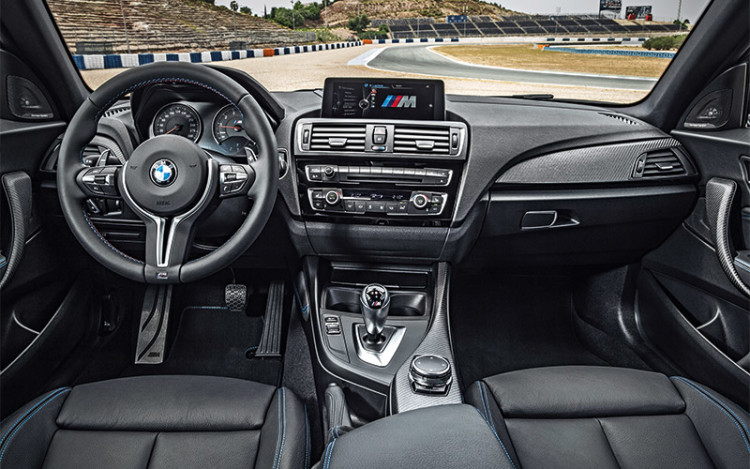 The M2 is the successor to the 1 Series M Coupe (or 1M), a limited-production model that was only available with a 6-speed manual gearbox. Although it is special, it cannot escape the fact that it’s a “last hurrah” model, launched five years after the 1 Series Coupe made its debut and three years before it ended production.

The M2, on the other hand, arrives just two years after the introduction of the 2 Series Coupe. One look at this vehicle and you’ll know that it packs serious heat. Enormous air intakes, blistered wheel arches and quad-exhaust pipes signal that it means business.

Beneath the M2’s bonnet is a turbocharged 3-litre inline-6 that’s tuned to produce 370bhp and 465Nm.

That torque figure has a wide and useful spread – it’s available from 1400rpm to 5560rpm.

The M2’s engine, however, isn’t a detuned version of the twin-turbo inline-6 powering the M3 and M4. Instead, it is a souped-up version of the straight-6 motor in the M235i, which has a single turbocharger. The M2, after all, is the entry-level M model. 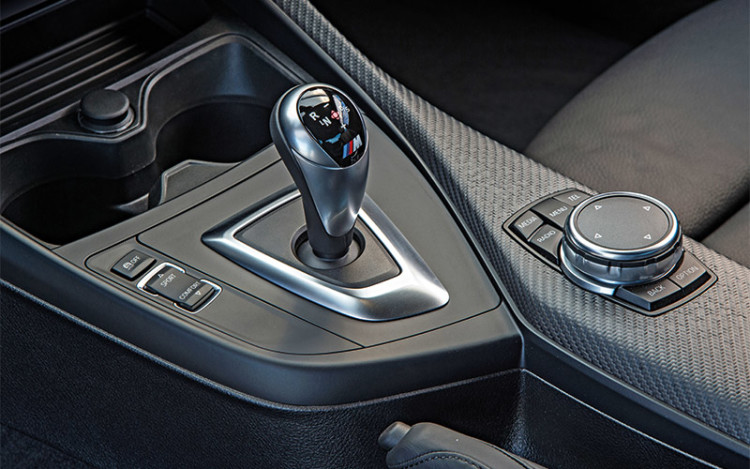 Seven-speed dual-clutch gearbox isn’t as involving as the 6-speed manual, but it’ll let the driver get the most out of the M2 Coupe.

The M2’s powerplant has some special components, though. The crankshaft, pistons and spark plugs, for instance, are identical to the ones in the M3 and M4. This car also has a modified oil sump and an extra oil suction pump to ensure that the oil supply remains stable, even when the engine is subjected to high g-forces.

The powerplant responds in an immediate, crisp and linear manner. Its character is almost similar to that of a naturally aspirated motor.

With the Driving Experience Control set to Sport+, the engine’s responses are heightened, the exhaust growls louder and the traction control allows a bit more slip before reining you in. 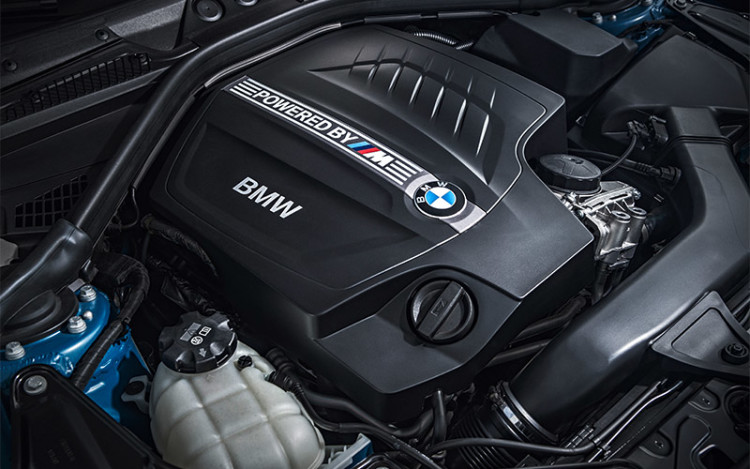 I was slightly worried as I charged into Laguna Seca’s first corner, a long left hairpin. Following the pace car driven by ex-F1 pilot Timo Glock, every instinct screamed that we were coming in too hot. But the M2 held, and held. The grip accorded by the 19-inch Michelin Pilot Super Sport tyres was tremendous.

The vehicle’s front and rear axles, which are made from aluminium, are carried over from the M4 Coupe’s, with the spring rates and anti-roll bars adjusted to suit the M2’s characteristics.

The well-tuned suspension and grippy tyres enabled me to carve through each of the track’s 11 corners faster than expected. And there was plenty of feel, not just from the front end but from the back end as well. 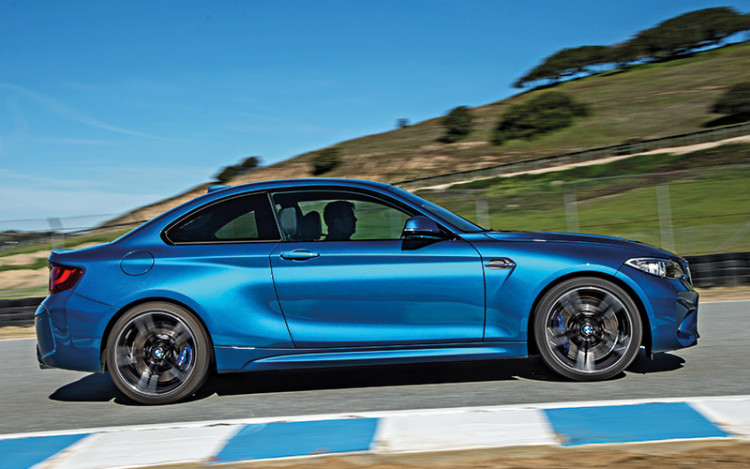 On open roads, the M2 didn’t disappoint. There was more than enough muscle to overtake meandering vehicles, while its agility made quick work of the numerous bends along the Pacific Coast Highway.

The ride quality, however, suffered because the roads weren’t as well-paved as those in Singapore. On smoother surfaces, driving with the car in Sport mode won’t be a problem.

“Deuce Almighty” is already in Singapore and it can be had for less than $300k. 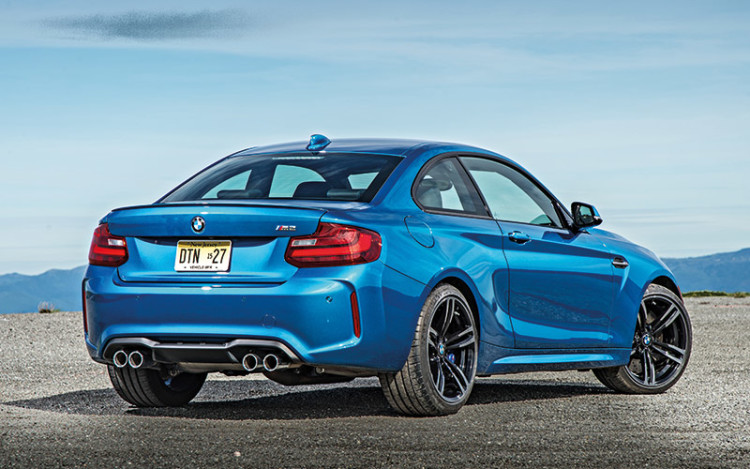 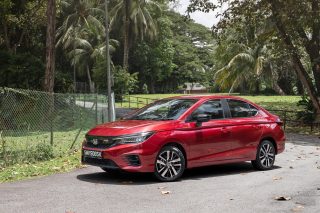