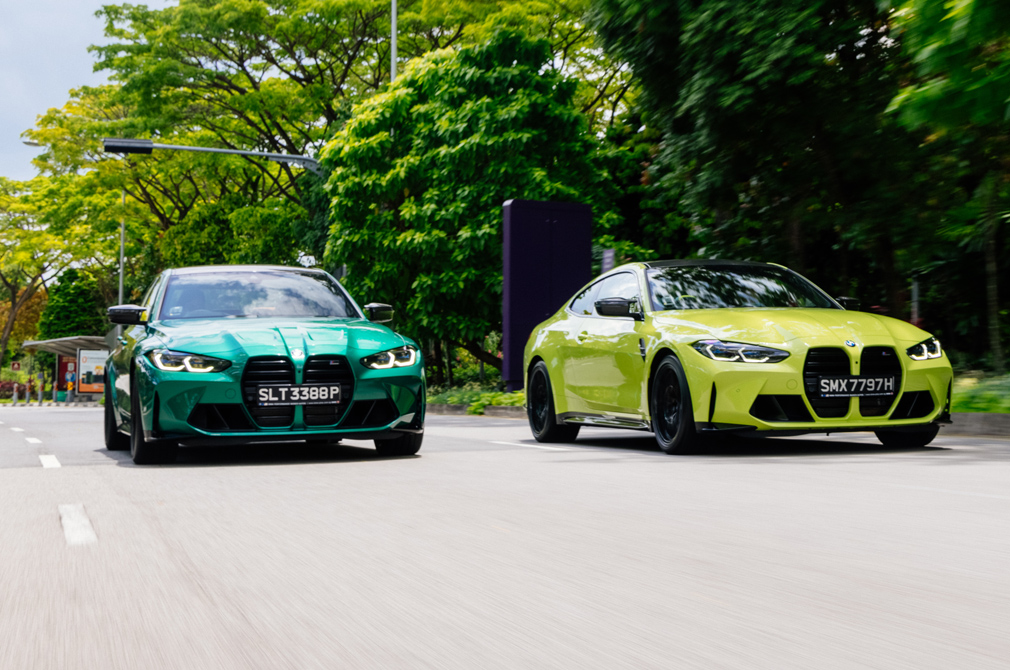 Is BMW asking for trouble by giving its new M3 and M4 twins such aggressive looks? If the dynamics fall even slightly short of that in-your-face visual confidence, ridicule will surely follow.

It’s probably a good thing then that local agent Performance Munich Autos has only chosen to import the higher-powered (and more goodie-laden) Competition-spec versions of the M3/4 twins. Extreme looks are best matched by extreme specs.

A Harmon Kardon surround sound system is standard, as are head-up display and smartphone integration with both Apple CarPlay and Android Auto capability.

Curiously, the 2 cars are built apart – the M3 at BMW’s Munich plant alongside the 3 Series sedan, and the M4 at the Dingolfing factory, where it shares assembly-line space with the 4 Series, M5 and M8. 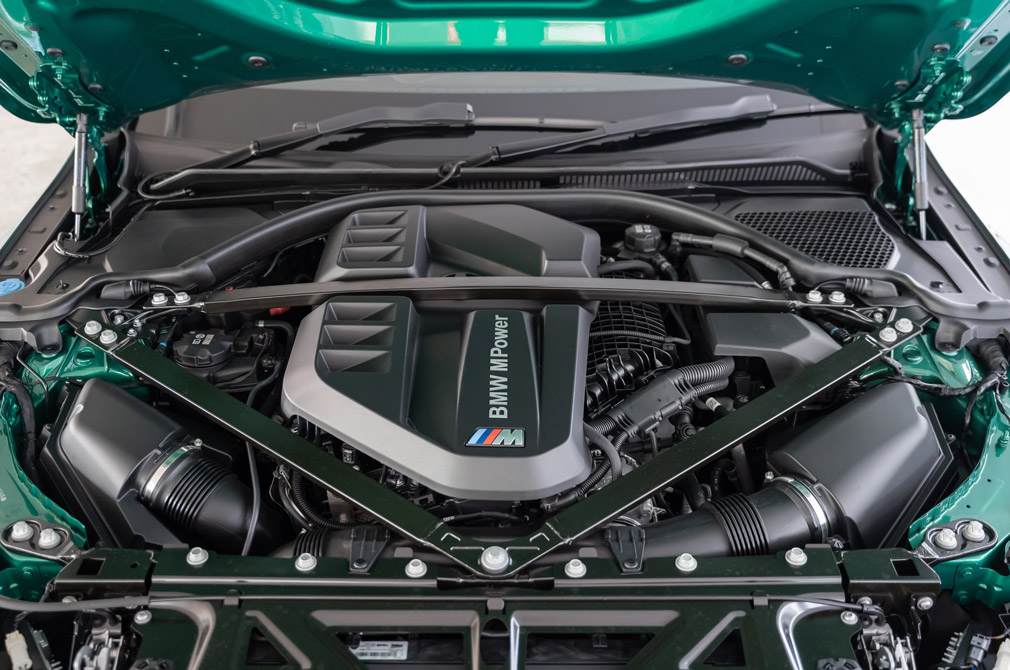 As before, the M3/4 are powered by a twin-turbo 3-litre straight-6, but instead of the predecessor’s S55 unit, it is the newer S58 plant which has already seen action in the X3M and X4M.

Drive is exclusively to the rear wheels for now, but an all-wheel-drive variant has been announced, although it is not clear if this will be locally available.

Into the M3 first – moving off with everything set in Comfort mode, the car initially feels good but unexceptional. But experiment with the drive mode settings, and it starts to come alive. Engine response/sound, gearbox, damping, steering weight, braking response and pedal feel, and traction/ stability control are all selectable, so there is a huge range to play with.

As with its predecessor, there are configurable M1 and M2 tabs on the steering wheel to store your favourite combination of settings – using the medium-spicy settings (Sport) for most of the elements in M1, it works a treat to tauten things up and make the car more alert for normal use.

Setting engine and damping to Sport Plus in M2 makes things more manic, particularly the throttle which may be too hyperactive for town use. But when belting down a twisty road, the added instantaneity of the engine’s reactions to your right foot is absolutely welcome.

Gearchange duties are now handled by an 8-speed torque-converter automatic instead of the predecessor’s 7-speed dual-clutch.

The new gearbox gives you more options – set in its more moderate shift speeds, gearchanges slur through far more smoothly than before, eliminating the occasional head-nodding jerkiness of the old car. 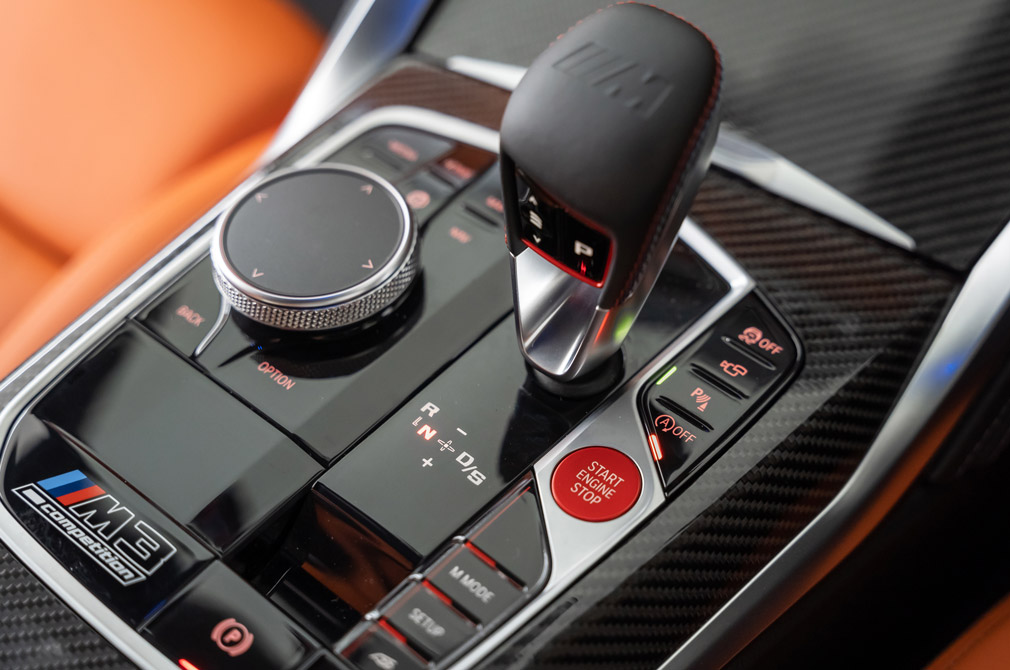 But at higher revs and with the shift speeds dialled right up, the gearbox replicates the DCT’s fabulous immediacy of response when the steering-mounted paddle shifter is tugged.

Chassis-wise, the M3/M4 have been significantly tweaked over their donor 3 and 4 Series cars.

Thus fettled, that chassis is a wonderful thing. The M3/M4 have long lost their handily pert size and are now of nearly 5 Series proportions (both cars have grown 12cm over their immediate predecessors and are now near-4.8m long beasts, and each weigh a chunky 1.7 tonnes-plus – a big portion of which, to be fair, is probably the weight of expectation, given the car’s illustrious lineage). But it does shrink around you on the move. 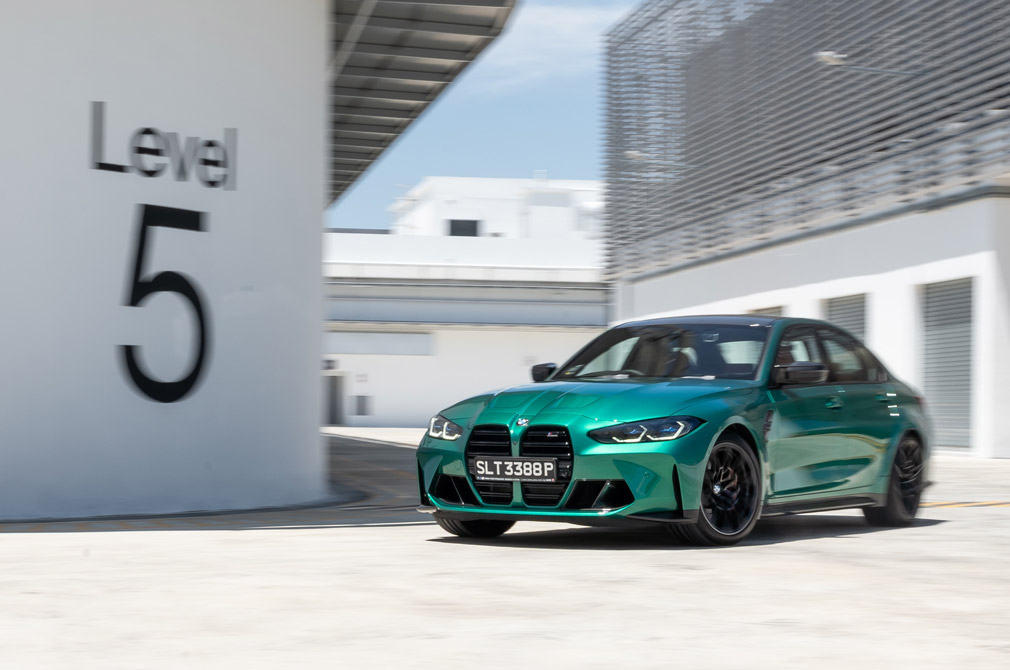 There is an underlying keenness in the way the car rides and changes direction at lower speeds, a sense that it is well within its dynamic limits and waiting to be let loose. And when the road opens and you do unleash it, all that tech and equipment step up confidently to prove their worth.

The already-purposeful engine note hardens and acceleration becomes eye-wideningly ferocious as the powerplant yowls to its 7200rpm redline.

Tip the car into the first bend and it absolutely darts in, the suspension easily handling the extra loading and keeping the body dead level, and the steering weighting up to subtly relay information to your fingertips about the lateral forces now being resisted by the front tyres.

Grip is, predictably, immense and near-impossible to breach on public roads. Charge hard into a bend and the car just monsters through without a twitch – if it could talk, it would be asking “is that all you’ve got?” 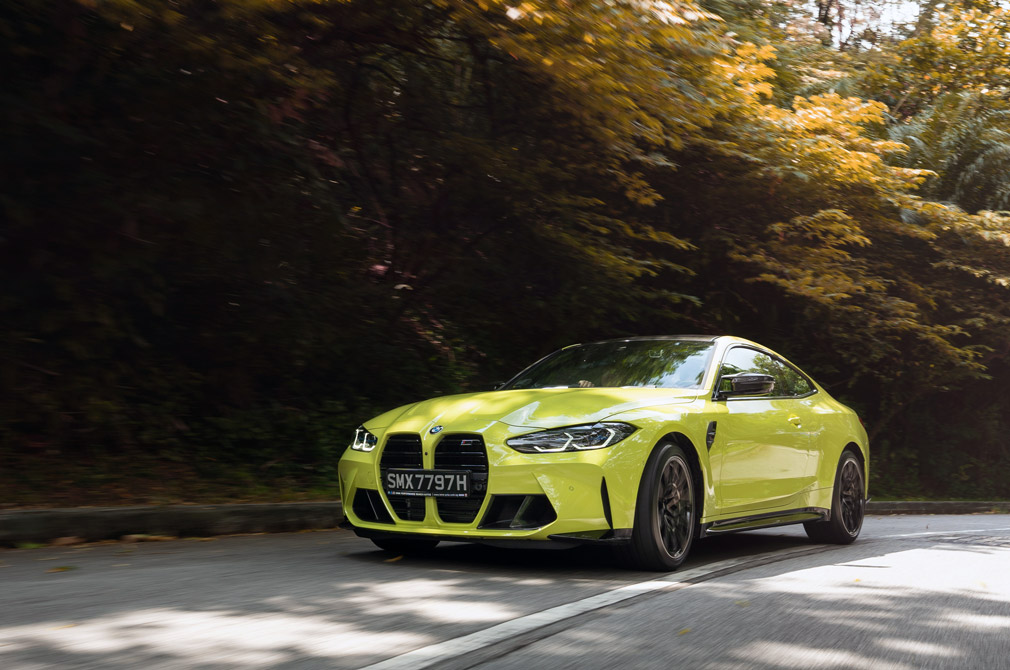 Through a series of direction changes there is a delicious fluidity in the way the chassis switches tack with barely discernible inertia. The wonderfully accurate and linear steering lets you meter your inputs and place the car’s nose precisely, while the rear of the car subtly plays its part in helping with direction changes as well, rather than just trailing passively along for the ride.

Even in its sportier settings, the ride remains sufficiently compliant to ease the car’s passage over mid-corner bumps, so that neither trajectory nor traction are compromised. This good ride manifests itself at a cruise too – the car is effortlessly swift and relaxed at highway speeds, with the engine note a distant purr.

A stint in the M4 shows that both cars are near-identical to drive – hardly a surprise given their identical hardware. Curiously, the M4 we drove felt subjectively a touch more supple than the M3 and a mite quieter on the highway, but the difference, if any, was minuscule.

So the M3 and M4 twins remain easily the dynamic benchmarks in their class. And yes, they absolutely live up to their bold looks. 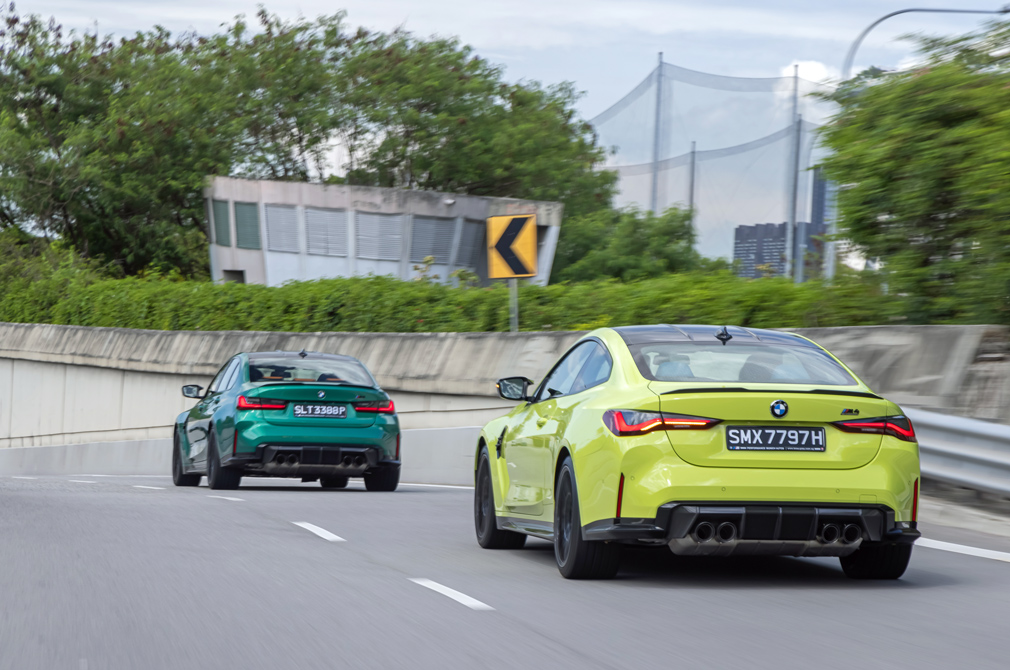