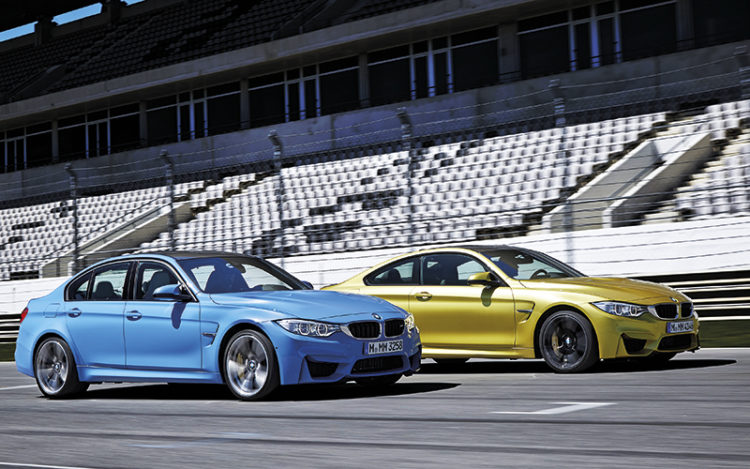 Engineers of the latest BMW M3 Sedan and BMW M4 Coupe (the latter being the rechristened new “M3 Coupe”) had their work cut out for them from the moment BMW announced that the cars would be powered by a 3-litre twin-turbo inline-6 instead of a naturally aspirated V8. Immediately, many enthusiasts lamented the loss of the beloved 8-cylinder and began surmising that the M3 and M4 would no longer have the linearity or responsiveness of the preceding models.

It would be premature, however, to come to that conclusion without considering that BMW’s M division has spent the last four years making the M3 and M4 lighter, nimbler and more powerful than before. Thanks to components such as aluminium bonnets and front fenders, plus carbon fibre roofs and boot lids, the M3 and M4 are up to 85kg and 80kg lighter than their respective predecessors.

This weight-loss programme goes beyond the cars’ sheet metal. The M3 and M4 also have suspension parts such as control arms, axle subframes and wheel-carriers made from aluminium instead of steel.
In addition, both models utilise a carbon fibre driveshaft, which is 40 percent lighter than the one in previous-generation models. The driveshaft is responsible for channelling power to the rear wheels, so a lighter one with its lower inertia means enhanced acceleration and response. 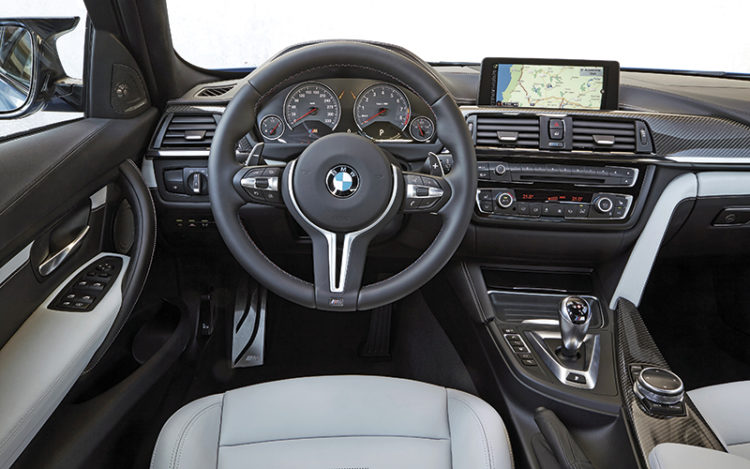 You might glance over the sporty M steering wheel, but it’s impossible to miss those carbon fibre trimmings.

Complementing both models’ leaner bodies are their meaner hearts. The M3’s engine produces 431bhp and 550Nm – a modest horsepower gain of 11bhp over the old non-turbocharged 4-litre V8, but a significant torque increase of 150Nm. More importantly, the torque developed is spread over a wide range – from 1850rpm to 5500rpm, which makes the engine feel more linear than expected.

The straight-6 also has a more forthcoming exhaust note than the V8. While the latter has to be wound up to at least 6000rpm before it blares its sonorous soundtrack, the rorty notes of the 6-pot turn angry from 4000rpm upwards.

Apart from its geometry and displacement, the inline-6 has very little in common with the motor found in the regular 335i saloon. Unique to this M power unit are its two small turbochargers (instead of a single large one), magnesium oil sump and forged (rather than cast) crankshaft. 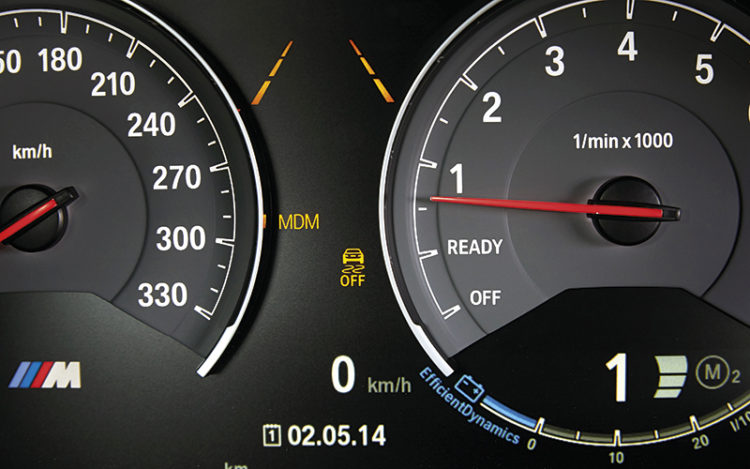 M Dynamic Mode allows for more wheelspin – this tells drivers to be on their toes.

To keep the engine performing at optimum levels during track excursions, this M powerplant also has suction pumps to prevent critical parts from being oil-starved during high-G cornering manoeuvres, and cooling components to keep temperatures in check.

Said components include an indirect intercooler and an additional electric water pump that continues to cool the turbochargers after the engine is switched off. According to the engine’s, um, engineer, Ulrich Enst, this water pump only stops working when the turbochargers’ temperature falls below 160 degrees C.