BMW X2 may be the brand's best SUV to date | Torque
Loading posts...
0 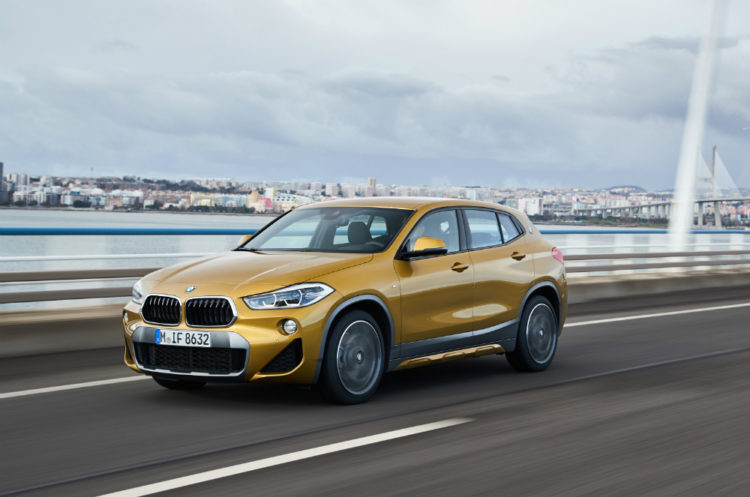 The launch of the BMW X2 has added yet another model to BMW’s wide lineup of SUVs.

Slotting in between its entry-level X1 and its third-generation X3 is an all-new X2, scheduled to debut in Singapore by April 2018.

Think of it as a Mercedes-Benz GLA, only sharper-looking. Squat and chiselled, the X2 looks positively athletic. Defining elements include a radiator grille flaring downwards to emphasise a hunkered-down stance and BMW roundels on the C-pillars that are reminiscent of classic BMW coupes.

Giving it a more rugged crossover appearance are stand-out grey plastic resin cladding for the side skirts, wheel arch trim and rear under-bumper diffusor. In the high-spec M Sport X version, there is front air-intake surround.

The cabin design is less adventurous, following closely the X1 layout – save for different trim and cladding materials.

The car gets the same 2,670mm wheelbase as the X1, making it roomy enough for five. Unlike in the X1, the X2’s rear seats do not slide, but have a two-step recline function. Legroom is generous.

Even with its high shoulder-line and low-slung roofline, you do not get claustrophobic inside. The biggest surprise is headroom. Lanky adults can still fit in the rear seat without crouching. 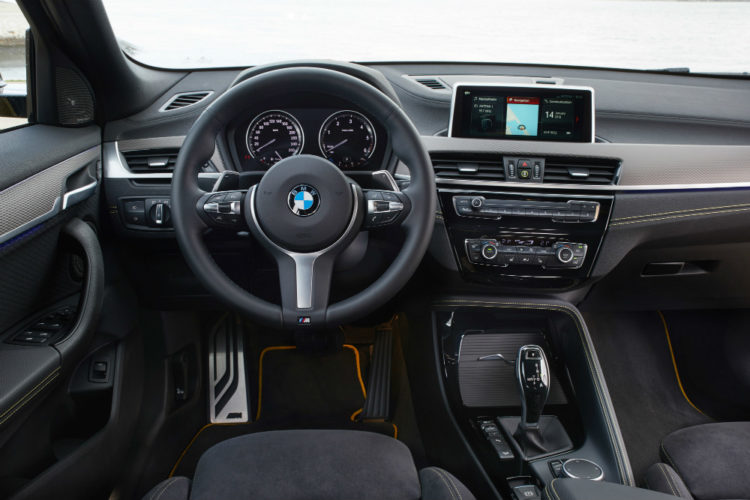 Despite its sporty profile, the BMW X2 has enough space to accommodate a 2m tall passengers.

Only the X2 xDrive20d (turbo-diesel all-wheel) M Sport X was made available for the global media drive in Lisbon.

Along a 190km route with a mix of coastal roads, narrow village streets, mountainous passes and sweeping highways, the car acquits itself well.

Wearing low-profile 19-inch tyres on M suspension (10mm lower), the car offers an expectedly taut but pleasantly composed ride. It is quite unlike the jiggly ride on the X1. Tyre noise is also more muted in the X2.

Its steering is linear and responsive, providing confidence-inspiring feedback during fast cornering. Again, quite unlike the X1.

A 7.7-second century sprint is brisk rather than quick. The turbodiesel’s stout 400Nm of torque makes for gratifying acceleration from very low revs, even up steep inclines. What remains irksome is its audible diesel thrum.

Thankfully, Singapore gets the sDrive20i, which is a more refined turbocharged 2-litre petrol engine. This front-wheel-drive X2 will get a quicker shifting 7-speed dual-clutch transmission instead of an 8-speed auto. So, despite its relatively modest torque of 280Nm, the petrol car matches the turbo-diesel’s century sprint time.

The X2 will sell on its good looks alone. But its high driveability makes it even more appealing. 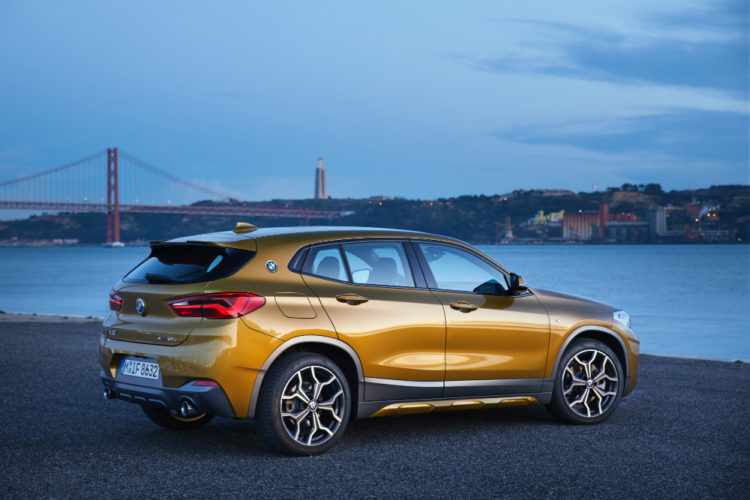