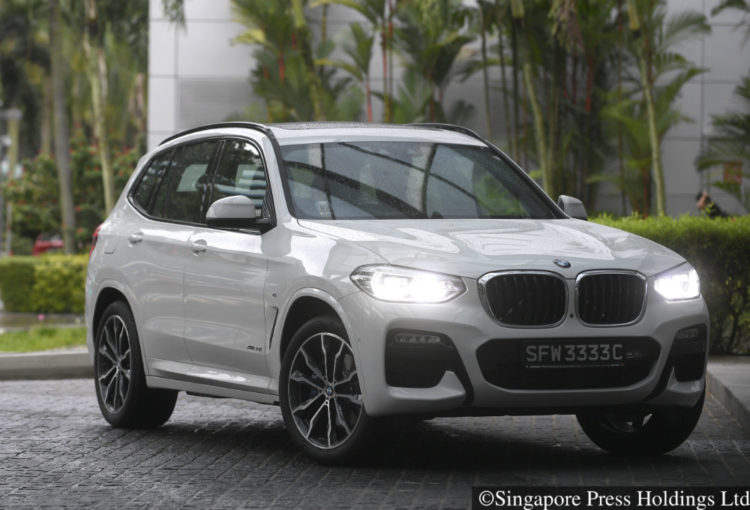 Like humans, cars grow in size with each passing generation. But unlike humans, many models become lighter in spite of their increased dimensions.

The new BMW X3 is a prime example. The mid-sized sport utility vehicle from the Bavarian manufacturer is no longer “mid-size”. It is, in fact, bigger than the first X5. Yet, it has shed 55kg.

It looks and feels that way too. As I approach the car, the sheer expanse of its sheet metal becomes quite obvious. Next to it, a Japanese seven-seater such as the Toyota Wish is dwarfed.

Inside, there is nothing compact about the all-wheel-drive either. Seated at the helm, I have to stretch to reach the glovebox. The second row is spacious for three adults and the boot is as enormous as that of a full-size station wagon.

When parking, I’m grateful that the car comes with an array of cameras which gives me both rear and bird’s-eye views of the surroundings.

The parking sensors are so sensitive, they give out a continuous beep even though I am still a good distance away from an obstable. This negates the function of the car’s all-seeing camera system somewhat.

On the go, the car betrays its heft, even though BMW says it weighs less than its predecessor. But powered by an ubiquitous turbocharged 2-litre four-cylinder putting out 350Nm from 1450rpm, it has a livelier gait than expected.

Its century sprint is accomplished as swiftly as that of a Volkswagen Golf GTI’s. Its kickdown response is dependable and the engine does not feel overly strained. 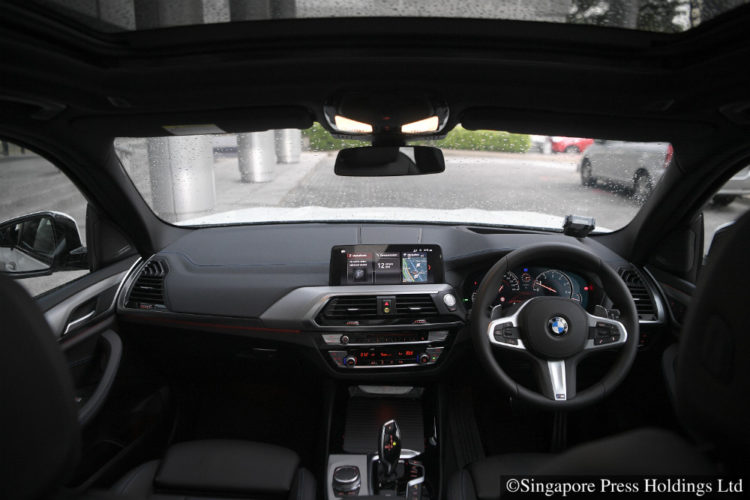 Still, it is best driven with a steady throttle and below 3000rpm. This way, engine noise, vibration and gear changes are close to what drivers would find in a 5 Series.

The car’s downside is its nervous chassis. The slightest blemish on the tarmac will set off rocking motions in the cabin. Diving is detectable with the gentlest of braking. Even acceleration will translate to head-bobbing movements.

So, as large as the X3 is, it does not quite exhibit the unshakeable poise of, say, the X5. Even in comfort mode, the car gives the impression of weight and restlessness.

But if the bitumen is smooth, this trait – which should not be mistaken for instability – lies dormant.

In the handling department, the new X3 displays the precision and steadfastness of a lower-slung vehicle. Cornering is accomplished with negligible roll.

Overall driveability is still characteristically BMW – with lots of verve, incredible roadholding and that inimitable connection between man and machine.

Design-wise, the car is all grown up. Gone are the abrupt lines that made the previous X3 a bit of an awkward teen. The car has the presence of an X5, with all the accompaniments of a modern BMW (such as LED lights and a bolder grille).

In short, it is not just a bigger car. It is more of a car.