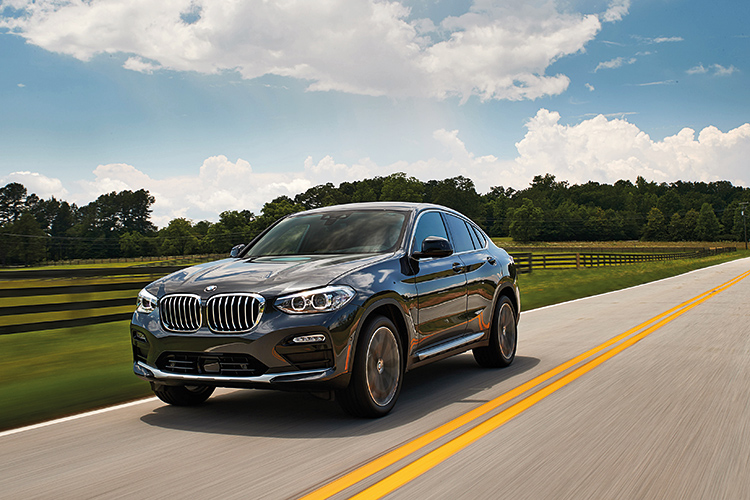 Hot on the heels of the X2 that was launched earlier this year is the BMW X4, the latest “SUV coupe” in the German carmaker’s lineup.

The first-generation BMW X4, which was introduced four years ago, offered interested buyers a coupe-like version of the X3. Like its predecessor, the BMW X4 is also based on the X3, and both are built on the German carmaker’s CLAR (cluster architecture) platform.

This new platform is used for larger rear-wheel-drive and four-wheel-drive models. That includes the X7, which will be introduced next year. 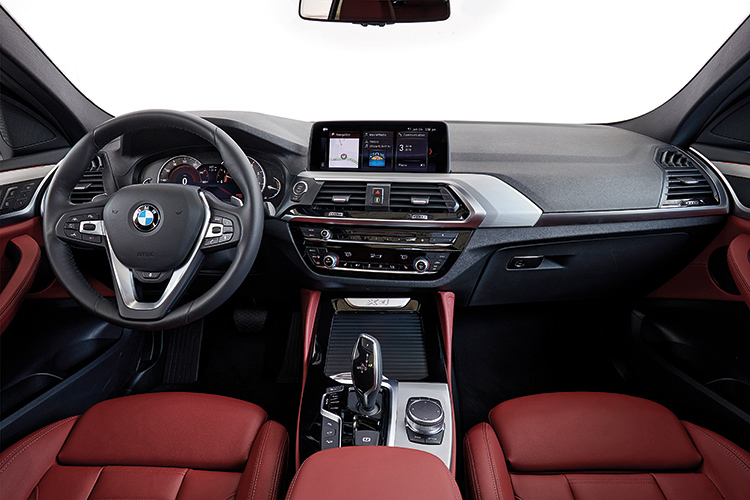 BMW X4’s driver-focussed cockpit and its angled dashboard can be further enhanced by the optional M Sport and M Sport X trim packages.

When viewed from the front, the similarities between the BMW X3 and BMW X4 are quite clear, with both having similar grilles, bumpers and LED headlights. The more significant differences between the current BMW X4 and the previous one are the larger kidney grilles and fog lights, which are now a row of LEDs on either side of the bumper instead of circular units.

However, it is when the BMW X4 is viewed from the side that its updated design becomes far more distinguishable. The wheel-arches are less circular and more angular in shape, while the gentler rake of the rear section of the roof makes the whole car look more aerodynamic. 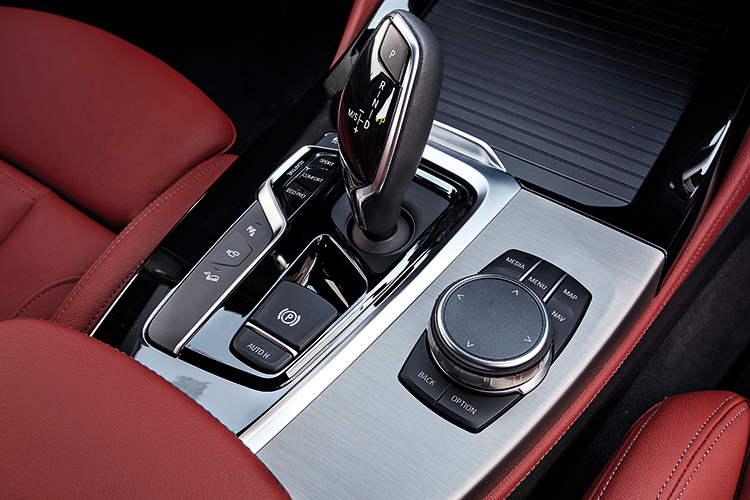 The changes to the rear are noticeable, too, with slimmer LED tail-lights and a more steeply raked rear windscreen. There is also a uniquely shaped roof spoiler with two raised ends. Lovers of twin exhausts will be pleased to know that these are standard on every BMW X4 variant.

All of the above, combined with an 81mm increase in length and a slight (3mm) decrease in height, makes the BMW X4 look less bulbous and much sleeker and sportier. 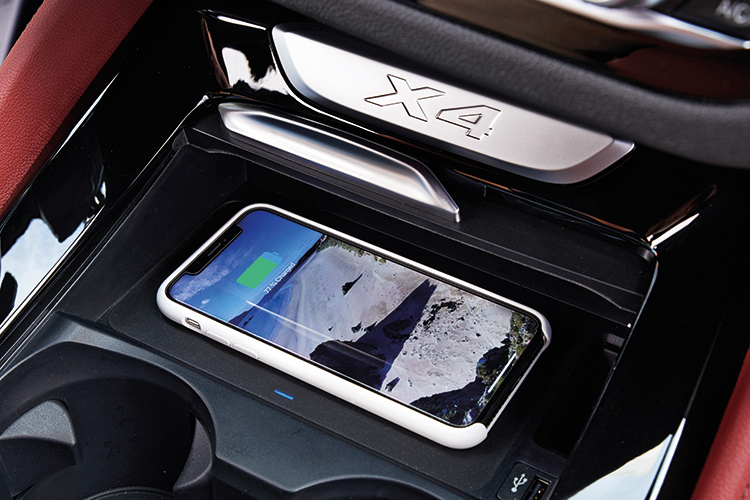 “Sporty” aptly describes the way it handles too. Our test car, an BMW X4 xDrive30i with all-wheel-drive, takes corners in a manner that’s truly surprising for an SUV. Be consistent with the steering and accelerator inputs, and fast bends are dispatched with aplomb as the X4 steadily holds its line.

While tighter corners require judicious use of the throttle (too much and it understeers), you can still get on the power earlier and pile on the speed when the road straightens. 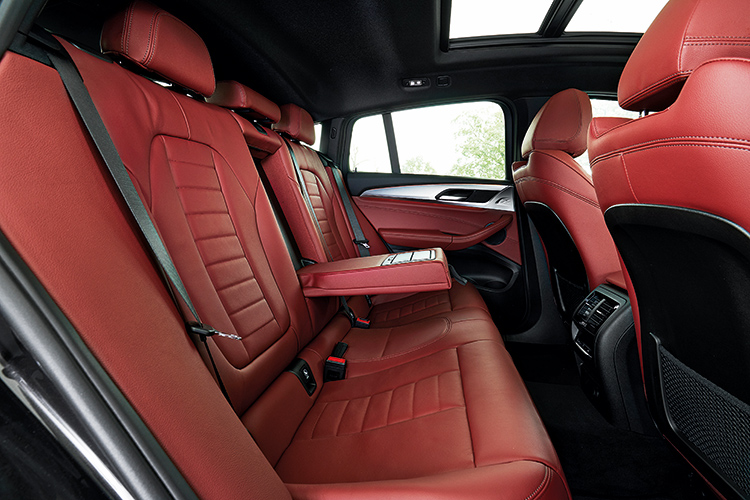 The new BMW X4’s backseat is roomier than before, but as an “SUV coupe”, it remains less spacious than its X3 sibling.

The SUV’s 50:50 weight distribution, rear-biased all-wheel-drive system and “talkative” steering inspire confidence in all situations. With a 30mm wider rear track compared to the previous model and M Sport suspension as standard, the X4 is the best-handling “X” available now.

While Comfort is the default setting of the Driving Experience Control, Sport mode gives a sharper throttle response and swifter gearchanges from the 8-speed automatic. The only downside is a slight penalty in ride comfort, but that could have been due to the test car’s optional 21-inch wheels. 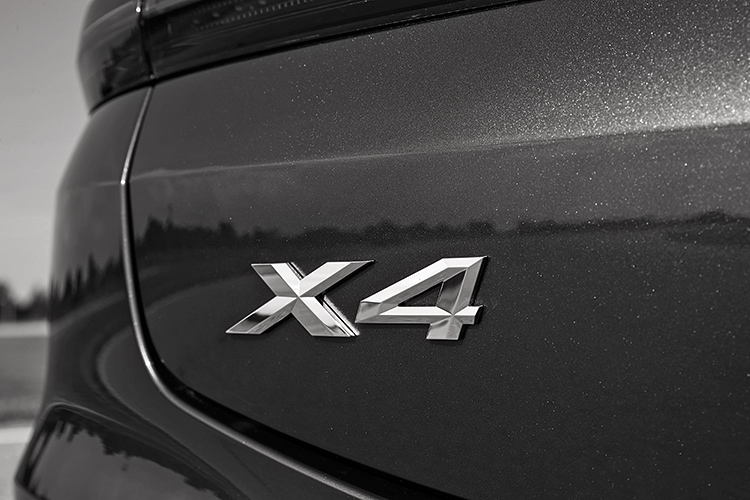 With 252hp and a meaty 350Nm on tap from the turbocharged 2-litre 4-cylinder engine, highways are the BMW X4’s ideal hunting ground. The century dash is dispatched in 6.3 seconds – that’s hot-hatch fast. Overtaking is easy and you will find yourself passing a row of cars instead of just a single one.

BMW claims a combined fuel consumption figure of around 13.7km per litre, and during the 200km test drive, I averaged 11.9km per litre. That’s a decent real-world figure for an SUV with a top speed of 240km/h. 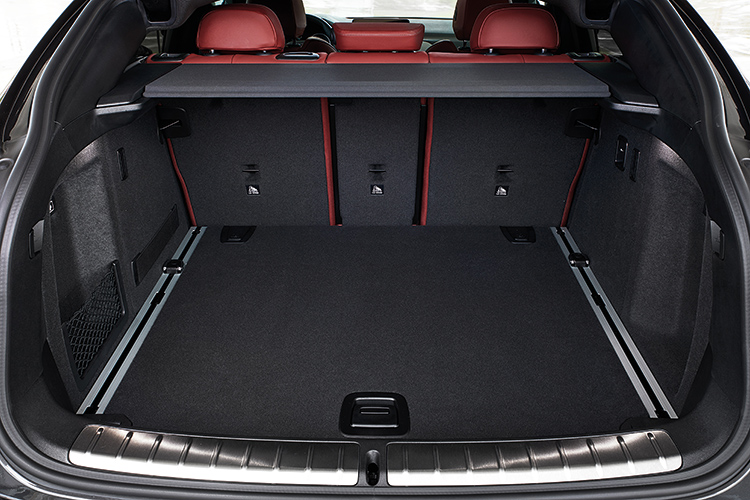 The improvement in fuel efficiency can be partly attributed to the enhanced aerodynamics and 50kg lighter weight compared to the previous BMW X4.

Inside, the sportiness continues with a driver-focussed cockpit and redesigned front seats which provide excellent lateral support even in extreme handling situations. If you desire a higher level of sportiness, opting for the M Sport X or M Sport trim lines will get you an M leather steering wheel and M-specific seats. 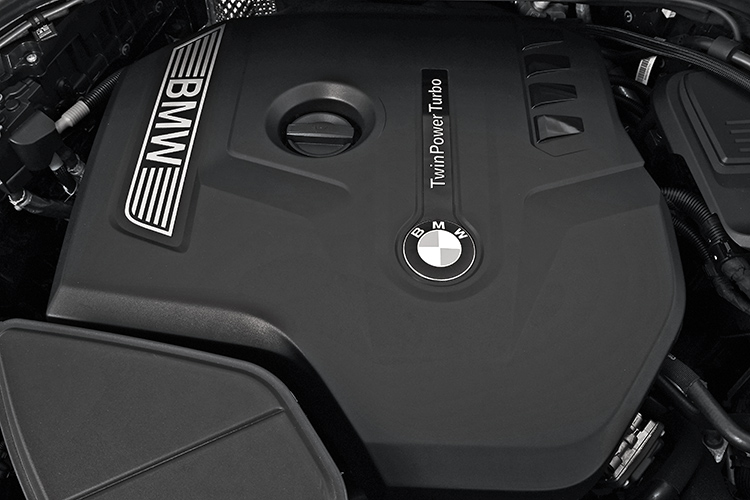 Like the X3, the BMW X4 has the new iDrive system with a 6.5-inch display on top of the dashboard. You can also specify the Professional system that has a gorgeous 10.25-inch touchscreen and gesture control, which allows you to operate some functions with a wave of your hand.

But whichever display size you select, it’ll stick out from the dash-top. While this “lifts” the screen so that it is closer to the driver’s line of sight, it doesn’t look integrated with the rest of the cockpit, especially when compared to what other manufacturers are doing. The new 12.3-inch instrument cluster, however, is gorgeous. 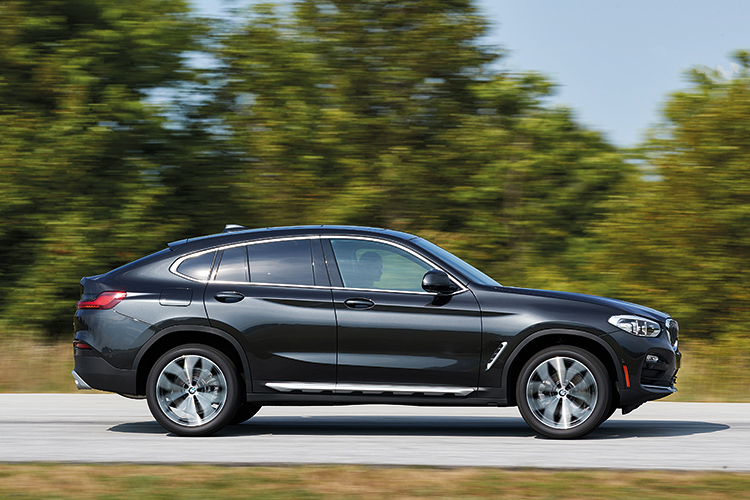 The BMW X4 still isn’t as spacious as the X3, but it is more practical than its predecessor. The 54mm longer wheelbase provides rear passengers with 27mm more legroom, while the boot capacity has grown by 25 litres to 525 litres. With the 40:20:40 split-folding rear seats folded, this volume rises to 1430 litres.

In 2017, the BMW X4 accounted for a third of all X models sold worldwide. The new BMW X4’s sleeker body, roomier cabin, improved handling and enhanced equipment look set to not only keep the car at the top of the sales charts, but also win over buyers hunting for an SUV with a decidedly sportier persona. 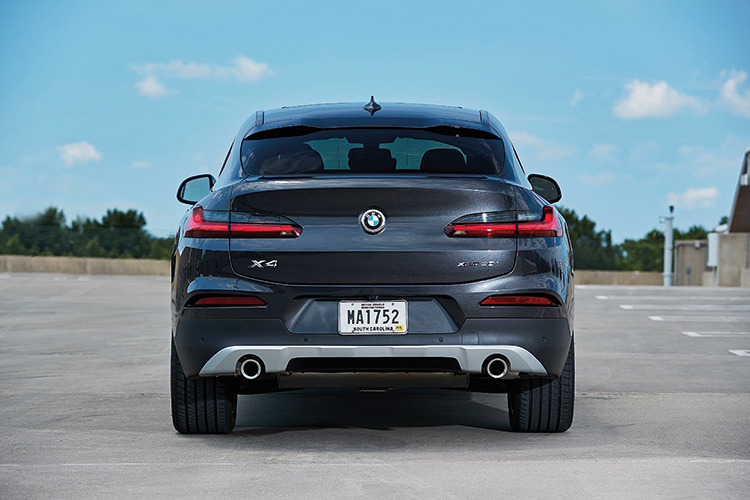 Check out the BMW X4