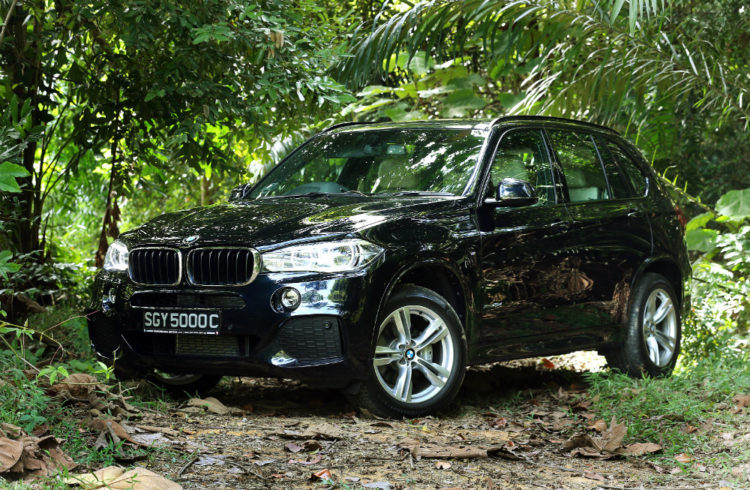 BMW’s press materials for the new X5 xDrive25d describes the X5 as the “world’s most successful Sports Activity Vehicle”.

It is a bold statement, but not far off the mark. Since its introduction in 1999, the X5 remains the most enjoyable sport utility vehicle (SUV) to drive.

In the Singapore market, its success is, however, limited by a relatively small array of engines.

The base model is powered by a 3-litre petrol engine and it costs well over $300,000, whereas the Audi Q7 and Volvo XC90 have 2-litre petrol and diesel engines, with correspondingly lower price tags of below $300,000.

The latest X5 xDrive25d might allow BMW to claw back some ground.

The diesel-powered car is not new. It has been available in Europe since 2014. Its 2-litre four-cylinder turbo-diesel is part of a new generation of diesel engines developed in-house by BMW.

Its refinement is obvious the moment it is fired up. In the cabin, there is only a faint whiff of vibration when I put my hand on the dashboard. The diesel clatter is only audible with the windows down.

The X5 is a behemoth weighing more than two tonnes and I had misgivings about whether a small diesel engine could power it adequately. The doubts dissipated as soon as the car got going.

The car pulls strongly and confidently from standstill, although the pace is more leisurely than brisk. Acceleration feels slower than the 7.7 seconds BMW declares on paper.

The test car comes with M suspension package, where the suspension settings can be set at Comfort, Sport or Sport+ modes.

I have never liked driving SUVs because they wobble too much, especially during cornering or quick lane changes. 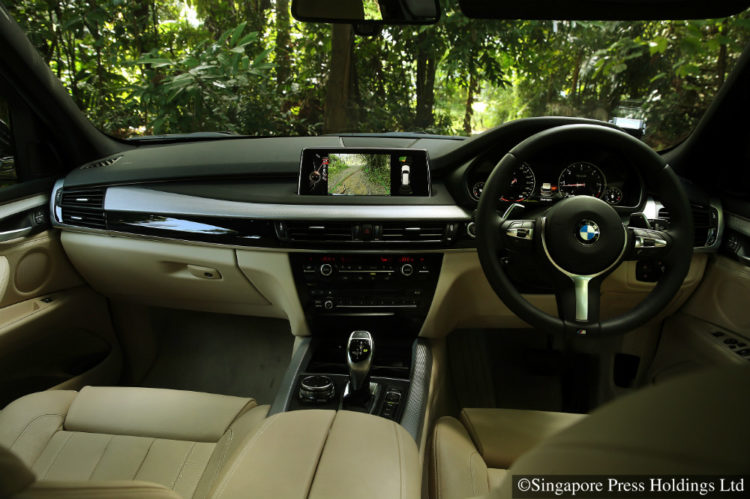 I selected Sport mode and took the car to the curvy bends of Old Upper Thomson Road. The X5 did not “corner on rails” like the M140i that I drove the day before, but it did not “rock and roll” like a bobbing boat either.

It was pretty impressive. I did a second run and it behaved the same way.

Equipment-wise, the diesel-power X5 gets the bells and whistles of the 3-litre petrol variant.

It has an automatic tailgate, parking sensors and cameras, a satellite navigation system and BMW’s ConnectedDrive with concierge service. These take some stress out of loading, parking and piloting the huge SUV.

The diesel X5 has a lower 220km/h top speed, compared to the petrol car’s 235km/h, but this is inconsequential in Singapore.

Its 2-litre diesel engine attracts an annual road tax of $2006, inclusive of the diesel surcharge. This is lower than the 3-litre petrol engine’s $2362 annual levy.

Overall, the X5 xDrive25d is appealing for its performance, equipment level as well as lower upfront and running costs.

But it still costs more than base models of the Audi Q7 and XC90. The folks at BMW must be pretty confident that buyers will pay the premium.