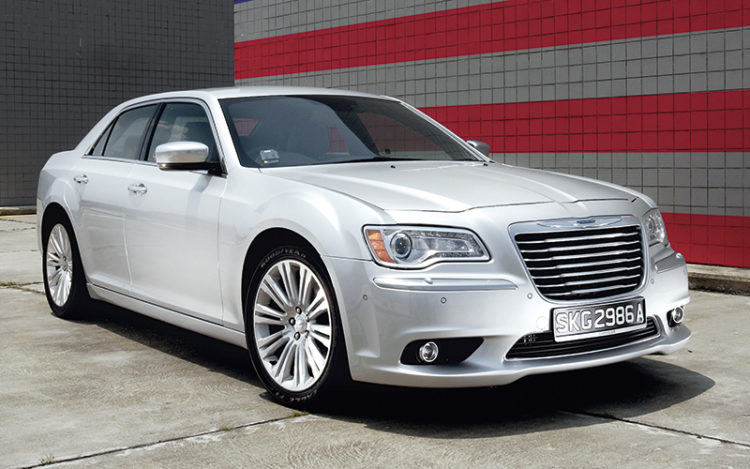 America is where everything is at least half a size bigger than anywhere else. Big Gulp and Big Mac are just two examples of the country’s obsession with “oversize”, and then there are the cars. If you think a European SUV like the Audi Q7 is large, you would reconsider after seeing something XXL-sized like the Chevrolet Suburban.

Americans want not only their SUVs to be larger than life. Saloons, too, get the “extra-large” treatment in the Land of the Free (and excessive). A case in point is the new second-generation Chrysler 300C, which measures more than five metres long and just over 1.9 metres wide, and rides on a wheelbase that stretches a bit further than three metres. The 300C sounds even longer when expressed in US terms – over 16 feet. Whether the measurements are in imperial or metric, this four-door dwarfs its already sizeable 2005 predecessor. 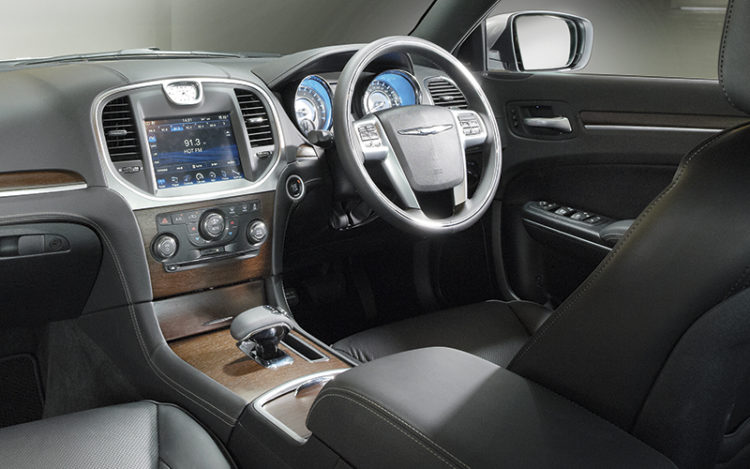 The car certainly looks more muscular than before and its front end is as contemporary as they come, but the rear appears to have been taken straight from the old 300C, making the new one seem a tad dated when viewed from the back. Even so, the Chrysler clearly has the unmistakable road presence that makes the original 300C such a sight in traffic – or among other limo taxis in town, for that matter. 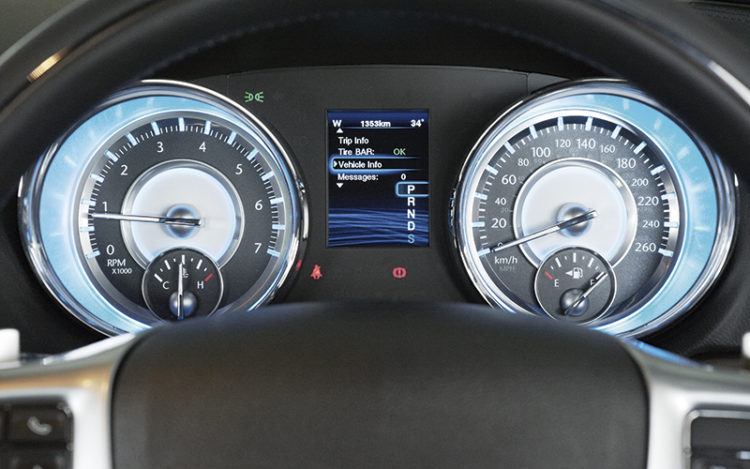 Inside the cabin is where the new 300C is dramatically different from the old number. The layout is conventional, but the American automaker has made significant improvements throughout. All of the exposed surfaces are lined in luxurious materials, while the switchgear has a nice tactility to it, with the old model’s “recycled” Mercedes switches nowhere to be found. This is, by far, the best Chrysler interior we’ve ever come across – good enough to challenge the German competition, without any sniggering from German engineers who know better.

The driving environment is dominated by a four-spoke steering wheel that’s too big, while the front seats are comfortable and offer both electrical adjustment and cushion ventilation. The surprisingly small windscreen and the high window line on either side make the cabin feel cosier than it actually is, but rear legroom is generous. Headroom, however, is a tad disappointing for a car of this size. The boot has ample load space, which can be extended by dropping the 60/40 split-fold rear seat-backs. 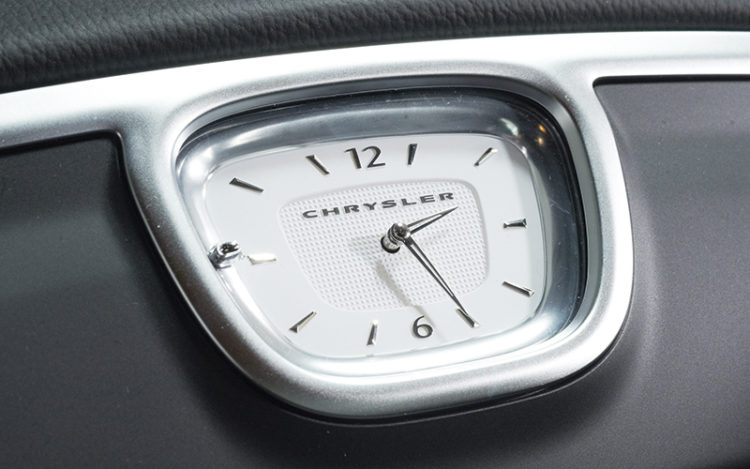 Features worthy of an industry captain include an 8.4-inch multi-function touchscreen called Uconnect, a Harmon Kardon 18-speaker stereo system, dual-zone climate control and acres of leather. The party trick is a pair of cupholders that can be heated or chilled at the press of a button – just the thing for your Starbucks Grande or McDonald’s drive-through drink. In case you spill more than your favourite beverage and crash on the road, there are seven airbags on standby.

Underneath the new body is the same Chrysler LX platform used previously, employing components from past-generation Mercedes-Benz models such as the W211 E-Class. American cars generally aren’t inspiring to drive, but the 300C scores better than “C” in our handling test. The weighty steering seems accurate enough in its responses, but it isn’t very communicative – in fact, it feels vague in all positions. The suspension is well-damped, even though the car suffers too much body movement for our liking. The probable culprit is the vehicle’s sheer weight – 1.8 tonnes is more than the chassis is happy to handle, we reckon. 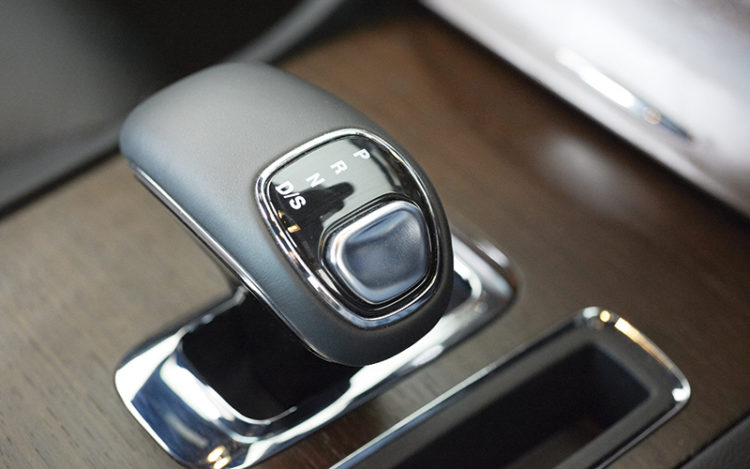 T-shaped lever of the 8-speed auto looks like the one in the Audi A8.

This “weight problem” also leads to an unsettled ride, especially over a stretch of continuous bumps. The 20-inch wheels and their low-profile tyres don’t help the low-speed ride, either. Thankfully, the behaviour improves at higher speeds, with the 300C gliding along effortlessly at a cruise.

Under the bonnet (“hood” in American parlance), you won’t find a warbling, big-block pushrod V8 – sorry. Instead, there’s a 24-valve 3.6-litre V6 dubbed Pentastar, which also features in the Jeep Grand Cherokee. 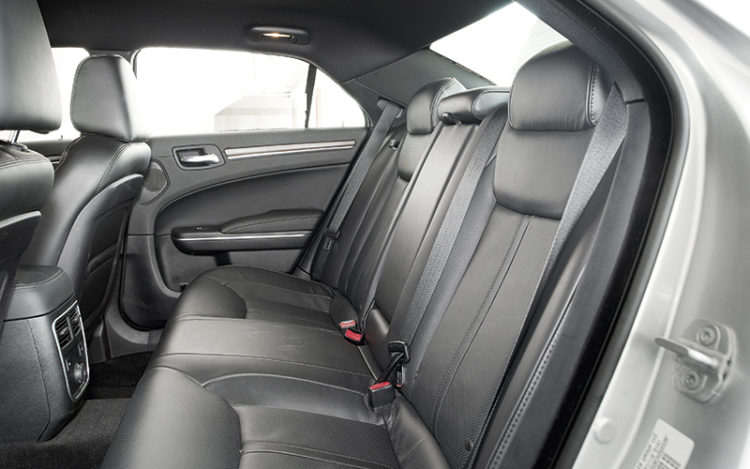 Legroom, equipment and overall build quality are all excellent, headroom less so.

With 292bhp, the newly introduced motor makes almost 40 horses more than the old 3.5-litre V6 and helps the car accelerate from a standstill to 100km/h in 7.6 seconds, much faster than the superseded 300C. Power delivery is seamless, thanks to the new 8-speed auto (more on this in the next paragraph), and the V6 is smooth, even sounding like a small-capacity V8 when revved hard. The 300C comes with actual 8-cylinders in the US, namely the 5.7-litre Hemi and the 6.4-litre supercharged SRT8 unit.

Bolted onto the V6 is a ZF-sourced 8-speed automatic transmission. With eight evenly stacked forward ratios and efficient gearchanges, this 8-speeder plays a vital role in improving both fuel consumption and performance over the old 5-speed model. Moreover, the ’box delivers slick and discreet shifts that match the engine’s relaxed character perfectly. Interestingly, the T-shaped gear selector is uncannily similar to the Audi A8’s, complete with steering-mounted paddles. Chrysler has done a great job of revamping the 300C. It offers a lot of metal for the money, as well as a classy interior and a long list of standard amenities. The rough edges that afflict the old 300C have been polished off, yet its “gangsta” character has been retained, while the exterior is a three-piece business suit in solid sheet metal.

Captains of industry, this thick slice of Americana is for you, courtesy of Chrysler.