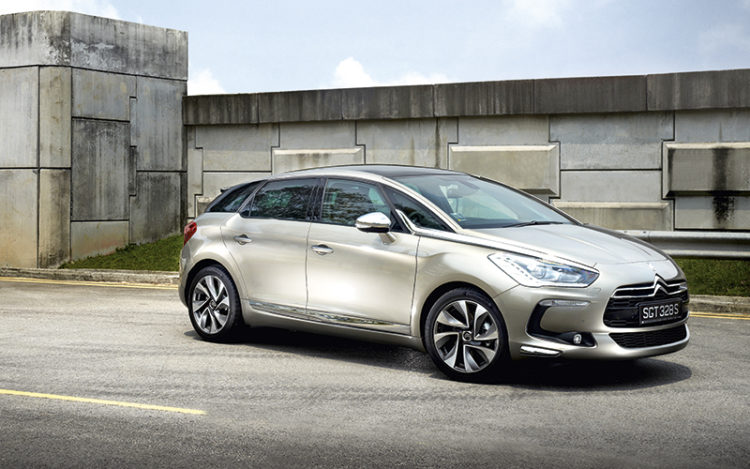 Since its founding over 90 years ago, French carmaker Citroen has always been synonymous with innovation and outstanding design. Classic models such as the DS and the ID were way ahead of their peers in terms of styling and engineering. These cars had hydraulic suspension and swivelling headlights long before any other manufacturer even thought of them. Even though most of today’s Citroens have ditched hydro-pneumatic suspension for cost and reliability reasons, it cannot be denied that the company’s pioneering work has left an indelible mark on the motoring world.

Inspired by the delightful 1955 Deesse (French for goddess, simply read as “DS”), Citroen introduced a separate DS model line in 2009, in addition to its regular range. These cars would have bolder, more assertive designs and the amenities to match, and they would be marketed as premium products. Following the successful launch of the C3-based DS3 and the C4-derived DS4, the automaker has now released the DS5. 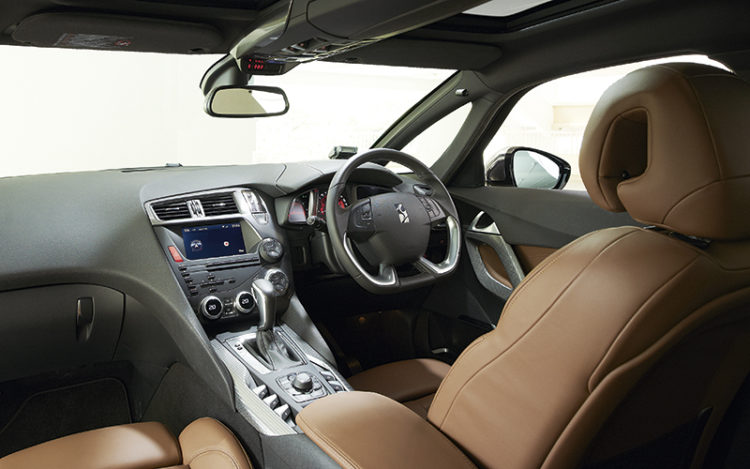 Luxury and workmanship worthy of Louis Vuitton make this a pleasant place for everyone on board.

Previewed in the form of the C-SportLounge concept at the 2005 Frankfurt Motor Show, this is the car that will well and truly establish the DS brand in the marketplace. The DS5 is so special in character and demeanour that it deserves its own sub-segment. Perhaps something like “crossover coupe hatch”, because it artfully combines the tallish silhouette of a crossover, the voguish roofline of a coupe and the practicality of a five-door hatchback.

That bold front end features a chrome-plated grille that houses the famous Citroen chevrons, an oversized air intake and headlights that have a “stare” underscored by LEDs. The car’s design signature is a long, sabre-shaped chrome piece that runs from the tip of the headlamp covers to the front quarter-windows. Taut lines and bulging fenders complete the dramatic picture. 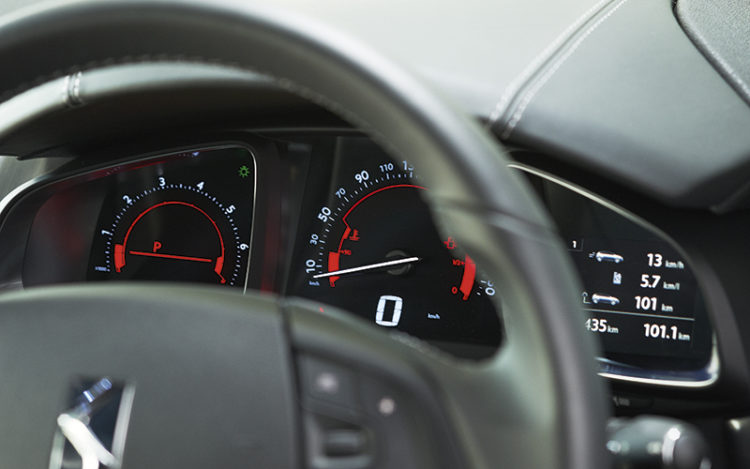 Thankfully, these striking looks did not come into being at the expense of aerodynamic efficiency, with built-in aero-deflectors at the lower ends of either front wing helping to channel air flow around the wheels. The DS5’s drag coefficient is an impressive 0.29.

The vehicle’s interior is just as striking as its exterior. The roof, for instance, boasts three separate sections of glazing, with adjustable shades for the driver and the front passenger. With sunlight streaming in, the cabin’s classiness and quality become even more apparent. 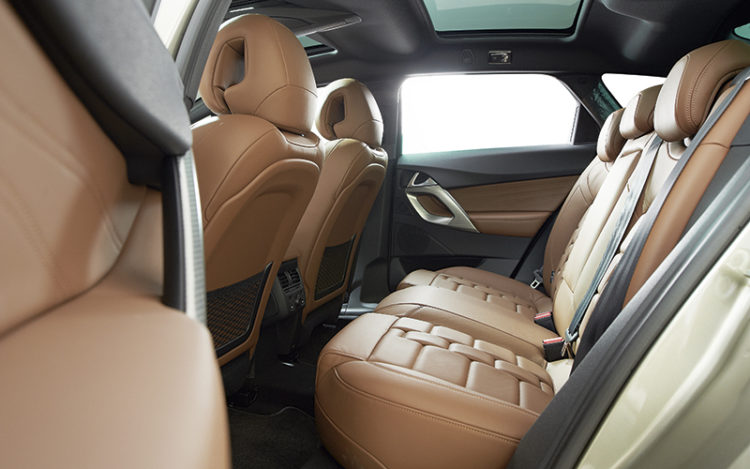 All the plastics are soft to the touch, and the seats, with “Watchstrap” upholstery reserved for DS Citroens, provide great comfort and good support. There are two central consoles, one low down behind the transmission array and the other on the ceiling, that are equipped with various buttons, thumbwheels and toggles – just like in an airplane. Professional pilots would adapt to these controls readily, but ordinary motorists probably need some time to get used to this “Airbus” cockpit.

Standard gadgets include a reverse parking camera, dual-zone air-conditioning, an electronic parking brake and a head-up display. The HUD utilises a transparent “blade” that rises from the right-side dash-top when activated – an inelegant solution in my opinion. Far more tasteful is the analogue clock below the ignition button. 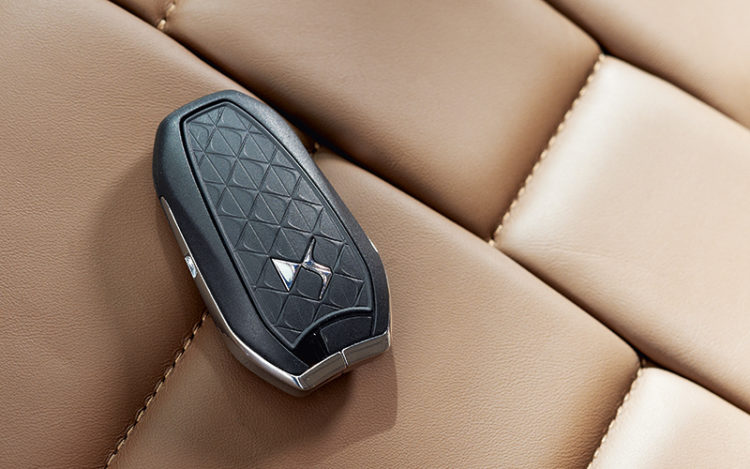 Even the key fob is a minor work of art, reflecting the DS5’s keen attention to detail.

Also playing a key role in the DS5’s cockpit experience is LED ambient lighting around the driver’s area. Illumination is red for the radio/navigation zones and the door-related switches, and white for the air-con panel and main console.

The DS5 shares its underpinnings with the C5, so it has the same 2727mm wheelbase, but the body is considerably shorter from bumper to bumper – by 250mm, to be exact. Despite this, the cabin is spacious enough for five occupants, who also get superb seats. Boot volume is a capacious 468 litres, but most of it is deep inside, so to speak, and cargo has to clear an inconvenient loading lip. 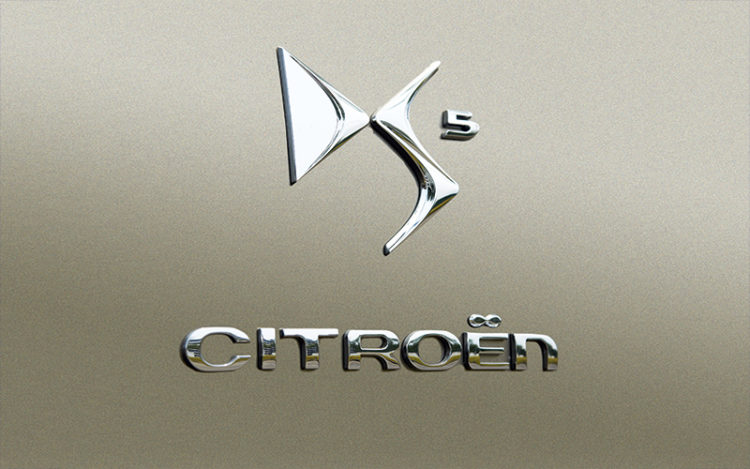 Currently, the only engine available here for the DS5 is the 1.6-litre turbo motor that also equips the DS4 (and some Peugeots, too). It produces 156bhp, which doesn’t sound like much but affords a lively drive. Strong low-end torque makes the DS5 feel considerably faster than its quoted century sprint timing of 9.7 seconds would suggest.

Of greater importance than outright acceleration is the level of well-being on the go. The plush cabin, nice fittings and lounger-like seating are in perfect sync with the drivetrain and the dynamics. Although the ride is sometimes too firm, it is never harsh, and the overall handling cannot be faulted. The DS5’s ability to move quickly in a serene, stress-free manner is most appreciated after a hard day in the office. 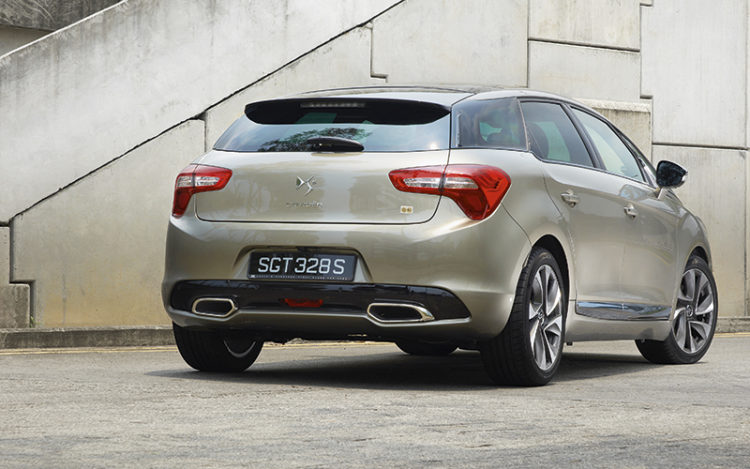 One of the finest cars to have come out of France in the past 10 years, the DS5 is a true designer vehicle for the chic individual. No other continental model today has quite the same charm and charisma as Citroen’s newcomer. Its multi-dimensional persona is also unique, with rivals – crossover or otherwise – unable to offer anything remotely similar.

Your fancy Air France business class flight, direct from Paris to Pasir Ris, is now ready for boarding at the Citroen Pod showroom.