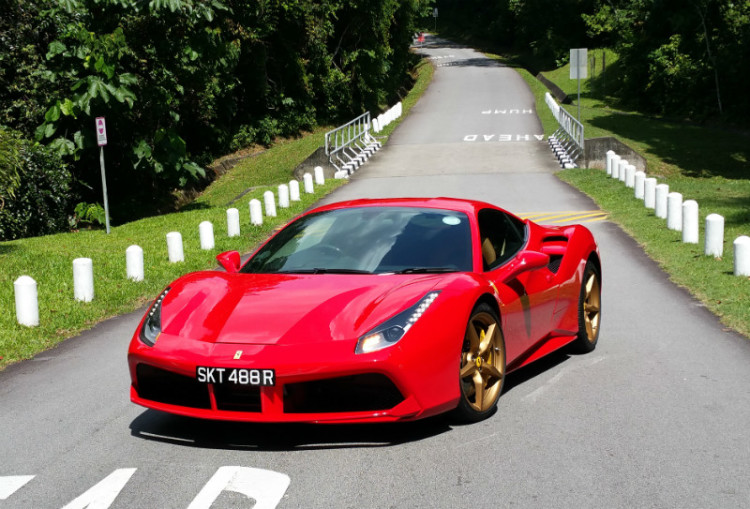 Having more power is usually a good thing for a sports car – except when the extra power comes with a change in sound and fury.

No matter how imperceptible that may be, it affects a brand such as Ferrari, which takes pains to ensure the purity of its cars on all fronts, especially its mid-engined line-up, which is to the Prancing Horse what the rear-engined 911 is to Porsche.

In the 488 GTB, a heavy revision of the sizzling 458 Italia, Ferrari has embraced downsizing and forced induction – falling in line with emission standards the rest of the automotive industry has to comply with.

In the realm of supercars, these improvements are a quantum leap, qualifying the 488 as a car you might previously see only after two model changes.

It certainly comes across as a more effortless machine to drive. With so much torque available from such a low engine speed, the car seems to respond as soon as your brain tells your right foot to tap the throttle.

Even in seventh gear, the 488 will go from 70kmh to 100kmh in a blink of an eye, without downshifting.

The Ferrari breaks away from the pack as easily as a well-fed baby falls asleep. Time after time, you will notice how quickly – and unfussily – the car’s dual-clutch transmission moves up the cogs, even in Race mode. 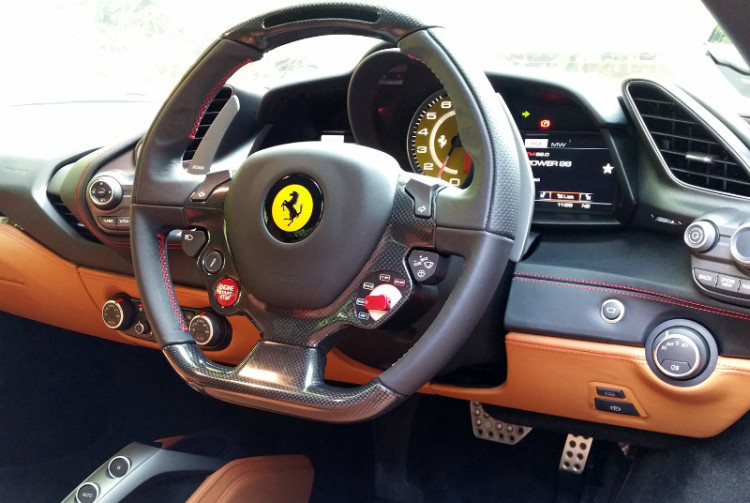 This makes for a very efficient car indeed. Alas, it also robs it of emotion.

You miss the sense of occasion that comes with the rich and roaring crescendo that envelops the cabin as a big-bore naturally aspirated V8 piles on the revs. You miss being able to tell the gearbox is doing its work without having to look at the dash. You miss the old 458.

You feel like a man who left his wife for a super model, only to discover it is such hard work to get her in the mood. Even for dinner.

The analogy is not too far-fetched. The 488 is like a super model, with impossible curves in places that matter. Its front section is new, with a scalloped bonnet and prominent lower lip that no doubt acts as an aerodynamic aid. As your eyes trace down its satiny side, they come to large, split air intakes on its haunches.

It is undoubtedly a beautiful machine. In fact, its looks alone are enough reason for most Ferrari fans to trade in their 458.

But if you are partial to old-school driving pleasures, replete with ebb and flow, pop and crackle, and that unmistakable buzz that travels up your tailbone to the hairs on the back of your neck, keep the old car.

I mean, buy the GTB by all means – just to show up at the next gala event.

But away from the bright lights and empty chatter, slip into your comfortable loafers, wheel the 458 out, fire up its non-environmental 4.5 and soak in the magic that has undisputedly made the marque.