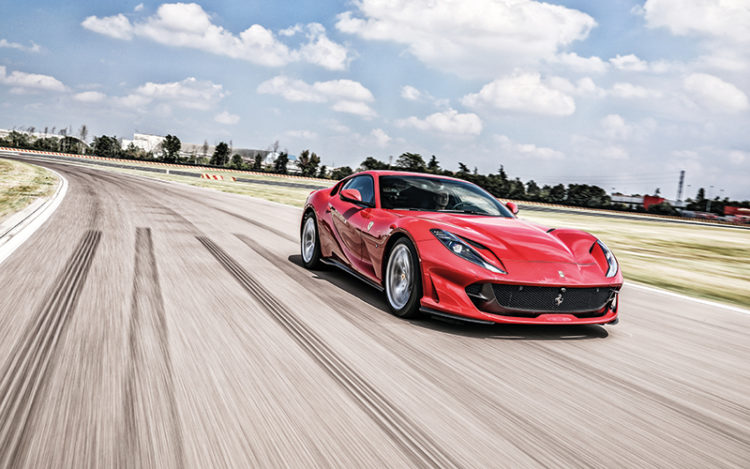 Ferrari  has rolled out the 812 Superfast, successor to the F12berlinetta – a supercar which was launched five years ago and still looks fresh.

The 812 Superfast does not have the most inspired name. Its moniker pays homage to the limited-edition 500 Superfast from 1964.

Armed with a 5-litre 12-cylinder motor that produced 400bhp, the 500 Superfast was considered pretty potent back then.

Today, the 812 Superfast has double the power of its spiritual predecessor and 60bhp more than the F12berlinetta, making it the most powerful series- production Ferrari to date.

Clearly evolved from the F12, the 812 retains the F12’s sleek design, with a long bonnet and a short fastback rump. It looks drop-dead gorgeous from any angle.

Hinting at the 812’s higher performance are the more numerous slits and vents on its sensuous body compared to the F12. Apart from reducing aerodynamic drag, these elements also improve cooling of the engine and brakes. 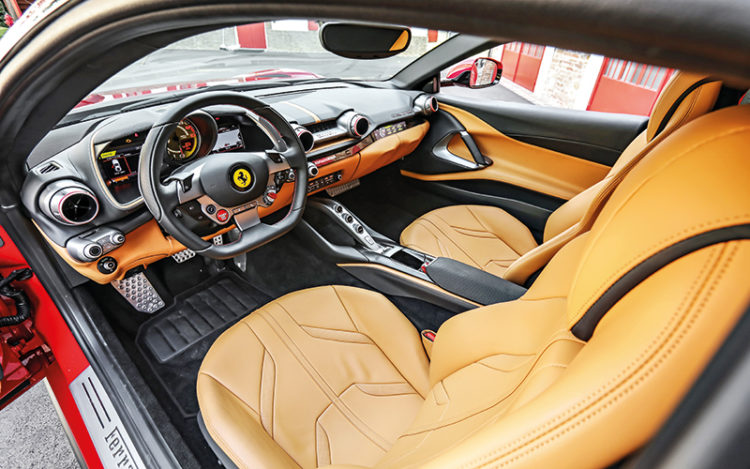 The finely crafted cockpit is even plusher than the F12berlinetta’s.

Less obvious are the active front air-intake flaps that open when the car is driven past 200km/h, and the active rear diffuser that further improves high-speed aerodynamics.

The 812 is a tad longer (by 39mm) and wider (by 29mm) than the F12. But its 1525kg dry weight remains identical to its predecessor’s, thanks to the extensive use of lightweight materials such as aluminium and carbon fibre.

The dashboard’s layout is typical Ferrari, with an analogue tachometer dominating the instrument panel. There are configurable digital screens on either side of the rev counter, and an optional infotainment screen for the passenger.

Said screen, which is now a larger 8.8-inch full-HD unit, can also display the same info as the instrument panel. Turn it on to keep your co-driver involved, or switch it off so as not to scare the living daylights out of him/her.

Fine Italian craftsmanship is evident in the cabin, which has generous applications of leather, carbon fibre and aluminium. Overall, the refreshed interior is even plusher than the F12’s.

Ferrari emphasised the 812’s touring abilities by highlighting its configurable 320-500 litres of boot space. There’s also a parcel shelf behind the seats for smaller items. 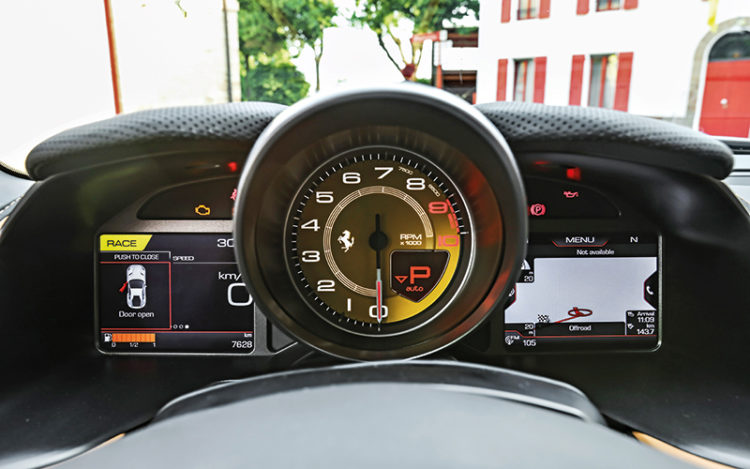 The engine’s rev limit has been raised by 200rpm to a dizzying 8900rpm.

There are a few flaws, though. For instance, there is just a single cupholder on the centre console, the doorbins are too narrow and shallow to be of much use, and the passenger-side window does not have one-touch up/down functions.

I can overlook everything except for the contrasting leather strips on the instrument panel, which cause a distracting reflection on the windscreen.