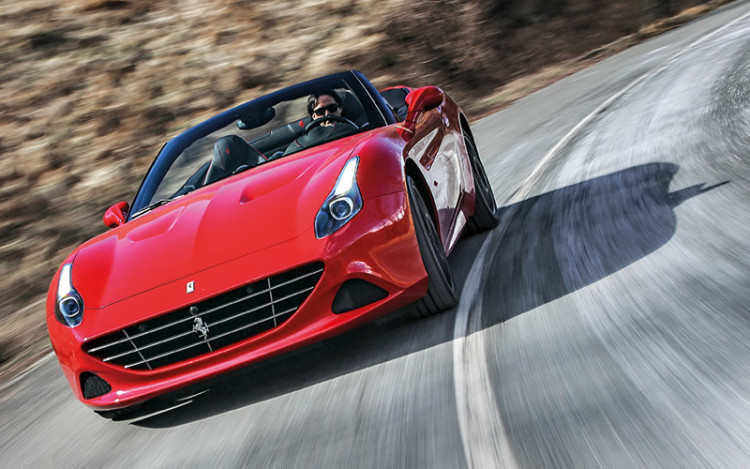 Conventional wisdom says that the Ferrari California is the (rich) hairdresser’s car, the marque’s “softcore” model. At least compared to other, more focussed Maranello products – the mid-engine 488 GTB, for instance, or the rabid F12.

The label is understandable. Folding hard-top, 2+2 seating, front (instead of mid-mounted) engine layout and a comfort-biased suspension setup have marked the California as more cruiser than bruiser. Even the car’s very name evokes scenes of sunny boulevards instead of legendary racetracks.

For owners more keen on driving than cruising, Ferrari offered a Handling Speciale (HS) package as an option on the California from 2012 onwards, until the model was revised with a major mid-term update and renamed California T. 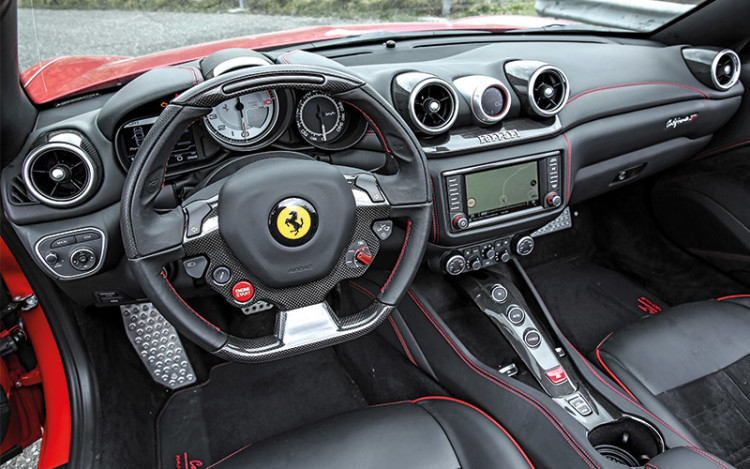 Now, Ferrari has released the HS package for the California T. This package, Ferrari is quick to emphasise, is not a new model variant. Rather, as its name suggests, it is simply an optional add-on, for those who prefer their California T with a harder edge.

As with the HS package on the pre-update California, the suspension is firmed up – with 16 percent stiffer springs at the front and 19 percent stiffer ones at the rear – and the magnetorheological dampers are re-tuned as well.

The traction control has also been recalibrated, for improved corner exit ability. Unlike with the previous package, though, the steering ratio remains unchanged, Ferrari engineers having deemed the current rack to already be quick enough.

On the switchback mountain roads of our coastal test route, the HS-equipped car certainly feels more wieldy than a normal California T would have. 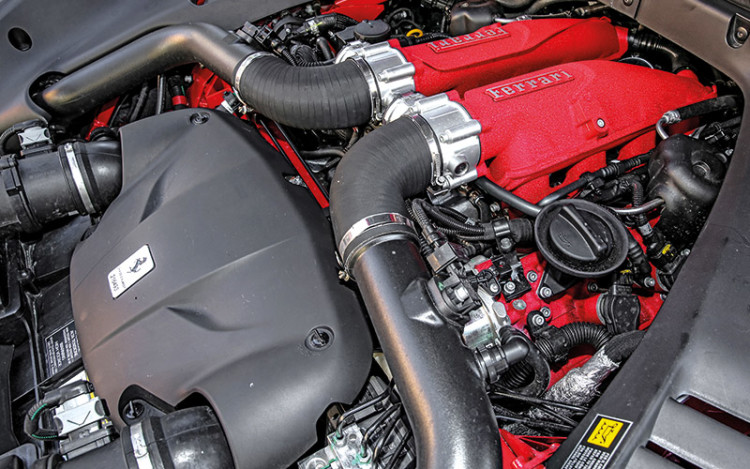 The standard California T’s dynamic trademarks are still there – a slightly nose-heavy feel, too much front-end dive on corner entry and understeer on tight bends – but they’re very much dialled back, the markedly keener turn-in and less roll making the HS car feel noticeably sharper.

With the switchable adaptive dampers in Comfort mode, the setup is slightly firmer than the non-HS car in Sport mode, yet the HS car trundles blissfully over the potholes and cobblestones of the villages along our test route, and just as ably shrugs off ruts and undulations as we charge up the mountain passes. 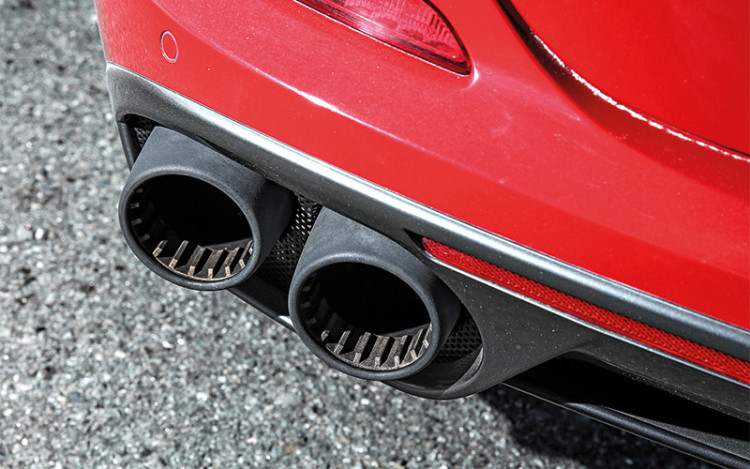 The stiffer setup does feel less cossetting than the non-HS car, but at the same time, it always stays resolutely composed and never displays a hint of harshness, even with the dampers in Sport mode.

Aurally, the HS package ups the ante with an all-new silencer box that acts as something called a Helmholtz resonator. Whatever the label, it works a treat, the exhaust note sounding fruitier, louder and more purposeful – Ferrari says the sound level is up by an average of 3 decibels across the rev range.

Even better, there is now a wonderfully evocative burble on throttle lift-off and a muted crackle on a trailing throttle.

Noise levels are still civilised, though. At full bore, it is no match for the unbridled howl of a naturally aspirated Ferrari like the old 458, but it is grin-inducing enough, particularly with the top down. 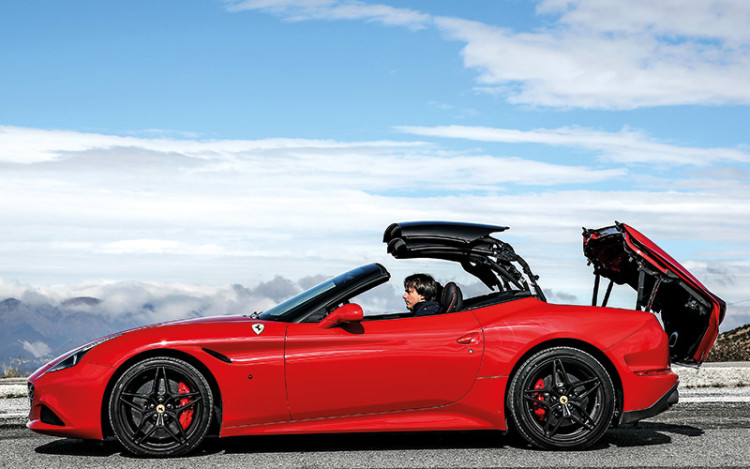 Despite the louder voice, there is no boost in engine output, the turbocharged 3.9-litre engine’s 552bhp of power and 755Nm of torque remaining unchanged.

But revisions to the software of the 7-speed dual-clutch gearbox have given the drivetrain a much greater sense of urgency. Ferrari says the upchanges and downchanges are 30 percent and 40 percent quicker, respectively.

With every tug of the steering-mounted paddle, the car now fires through gearchanges with proper venom, instead of slurring each gearchange seamlessly as before. Coupled with the more interactive exhaust note, the revised gearbox makes you want to work your way up and down the gears just for the thrill of it, rather than merely out of necessity.

Aesthetically, the HS-equipped California T is distinguished by a dark grey (instead of silver) finish to its front grille and rear diffuser. 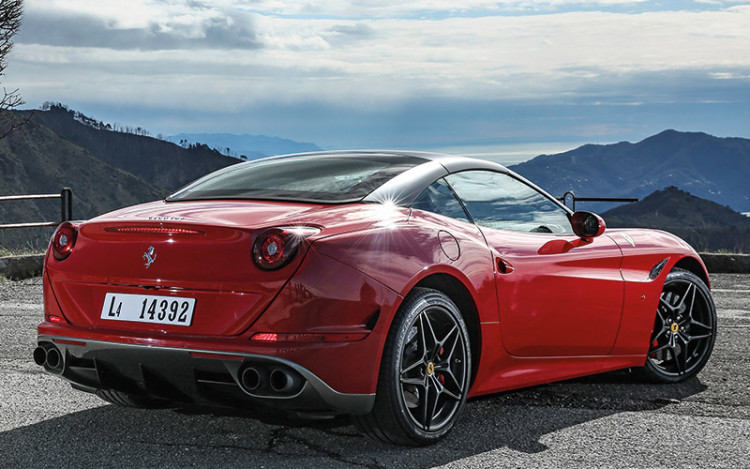 Buyers wanting something a bit more special can choose an optional two-tone exterior, with matt black or matt grey rims and roof to contrast with the main bodywork colour.

Our test car sports this two-tone option, and looks great – subtly distinctive, without screaming for attention.

In Singapore, the Handling Speciale option costs $34,560, on top of the $905,000 list price of the standard California T. It may not turn the California T into a sports car, but it does usefully endow the stable’s only 2+2 convertible with extra urgency and sharpness.