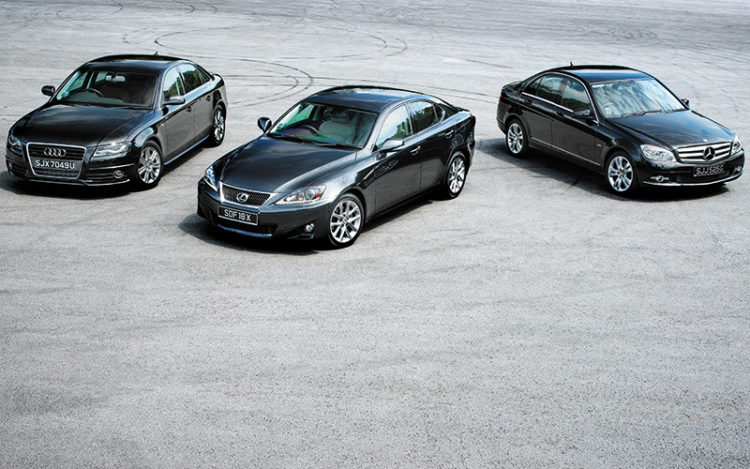 The IS250 has been a big step forward for Lexus, enabling Toyota’s upmarket division to compete with the more established players in the compact exec saloon segment. Recently refreshed, the IS250 now boasts a sleeker design both outside and inside, but retains the same 2.5-litre V6 rear-drive engine under its bonnet.

The Mercedes-Benz C200 is familiar to the yuppie crowd. With styling cues from its S-Class big brother, a 1.8-litre turbocharged 4-cylinder and well-received features, the C200 has been driving volume sales for the German marque and continues to be one of its most popular models in Singapore.

Throwing its hat into this competition is the Audi A4. Seen here in 2-litre turbo guise, the A4 has been a key element in Audi’s recent ascension from also-ran to the premier league. Having popularised automotive advancements such as LED daytime running lights, the A4 might be the most progressive of this trio.

The three candidates stand before us, all equally eager to rise from executive to manager in our books. Now, which one best deserves to be “promoted”? 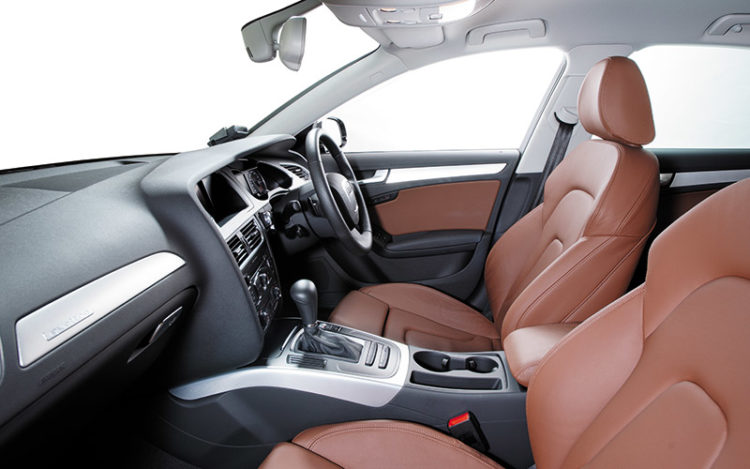 A4 – The seats strike a good balance between softness and support. Cupholders are the most accessible here, while overall cabin quality is the highest. Switchgear might seem scattered at first, but is actually easy to operate. 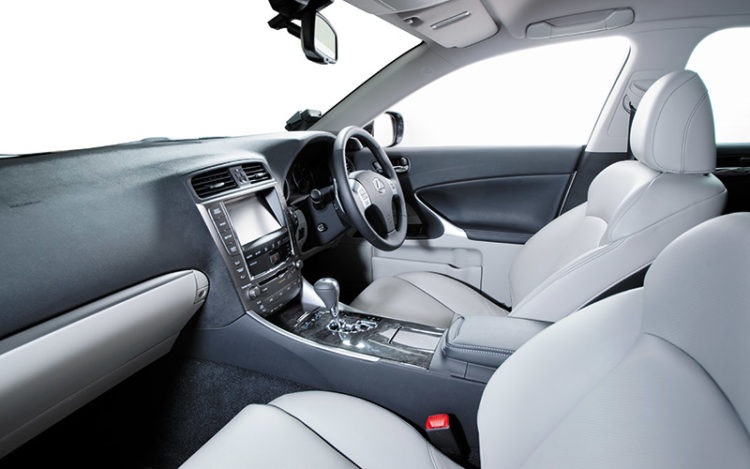 IS250 – Seats are the cushiest of the trio and feature a cooling function. Cockpit is the cosiest and also the most driver-focused. Wood trim is coupled with smaller metallic details. Only car here equipped with keyless start. 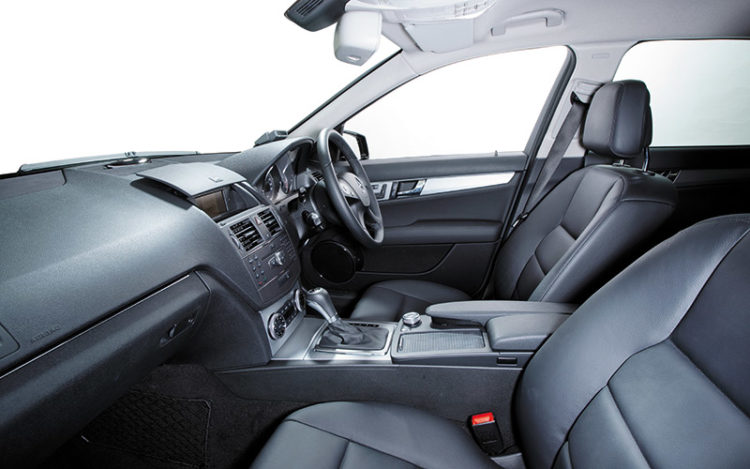 C200 – Mercedes seats are the firmest of the bunch, but their controls are the most ergonomic. Dashboard layout is the cleanest, and metal trim adds a modern touch. Classic indicator-cum-wiper stalk is intuitive.