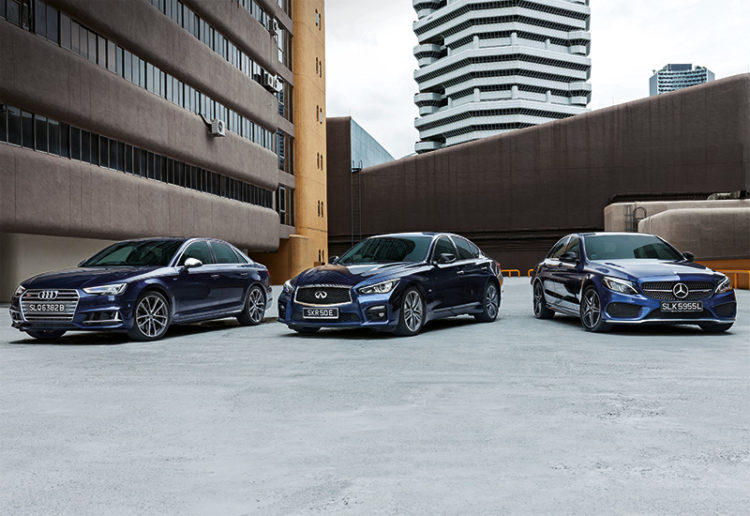 One thousand one hundred and twenty one horsepower.

That is the combined power output of the three sports saloons in this story.

Had the 1121 sporty horses from Germany and Japan been simultaneously unleashed in anger, they might have caused serious damage to the Golden Mile Tower carpark floor.

Jokes aside, these three powerful turbo saloons are capable of serious performance.

The most muscle-bound contender in this shootout is the Infiniti Q50 Red Sport 400.

With 400bhp beneath its bonnet (hence the name) and a more traditional rear-wheel-drive layout (the others are all-wheel-drive), the Q50 isn’t just gunning for its rivals – it wants to draw blood, quickly.

The least potent car in this comparison is the 354bhp Audi S4. But it is significantly more muscular (by 21bhp and 60Nm) than its predecessor, and the brand’s reputation for great interiors is burnished by a long list of standard amenities in this case.

So, which of these saloons ultimately makes an enthusiast’s heart beat faster while making the hairs on his neck stand higher? Keep reading and find out – fast! 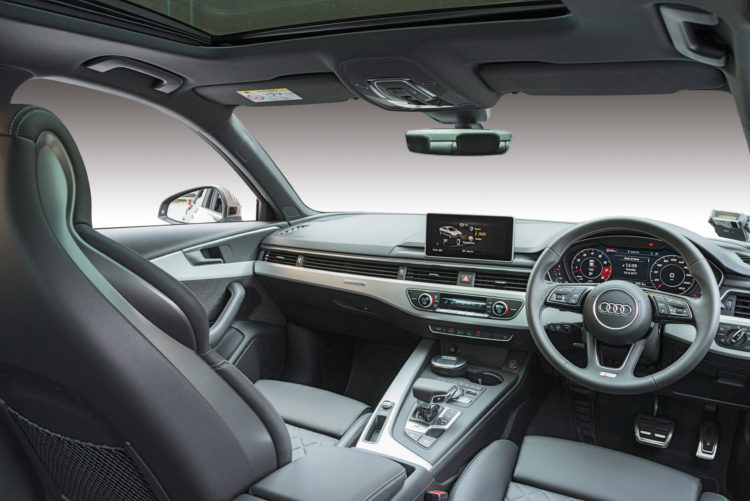 S4 cockpit is the most driver-focussed. It has the sportiest seats, an angled dashboard, and its alloy pedals have the meatiest feel. The touch-operated air-con menus and aluminium trimmings make this space feel the most high-tech as well. 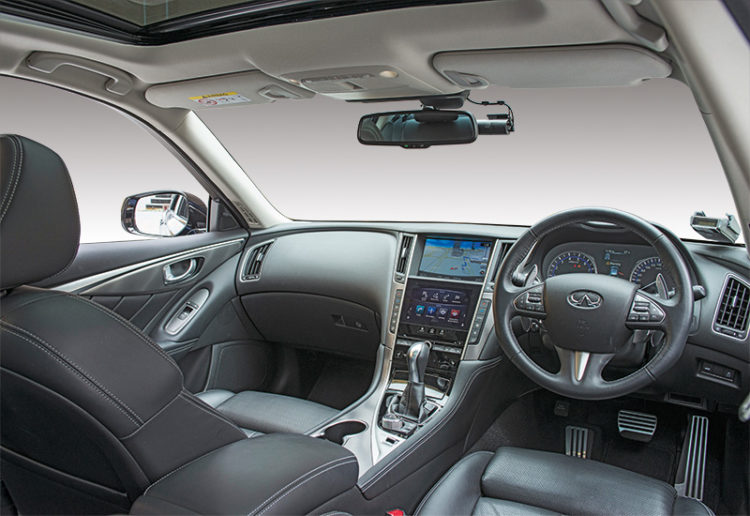 Q50 Red Sport 400 cockpit looks the least exciting, but its simplicity makes it the most driver-friendly of the group. Personalising the individual drive settings is even easier than in the S4, but the sat-nav graphics look retro and cartoonish. 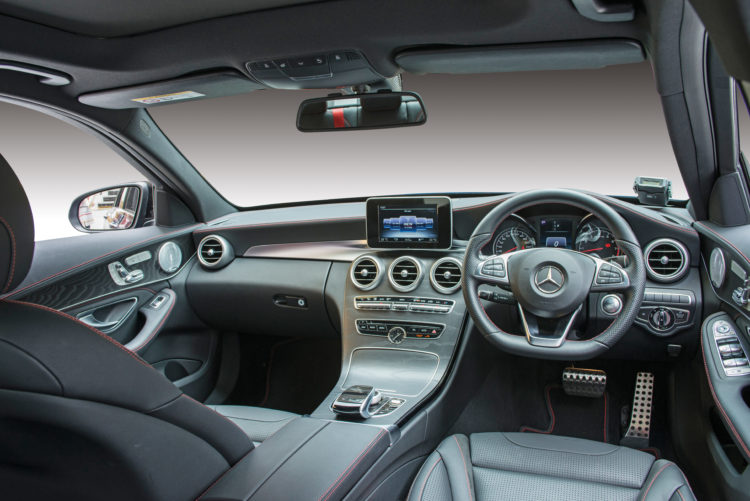 Merc-AMG C43 cockpit is the most luxurious. It has the softest seats, plenty of wood trimmings and a leather-lined dashboard. Racy red trimmings include the seatbelts. Well-contoured steering wheel offers the nicest grip, but the infotainment system is the least intuitive of the three vehicles.