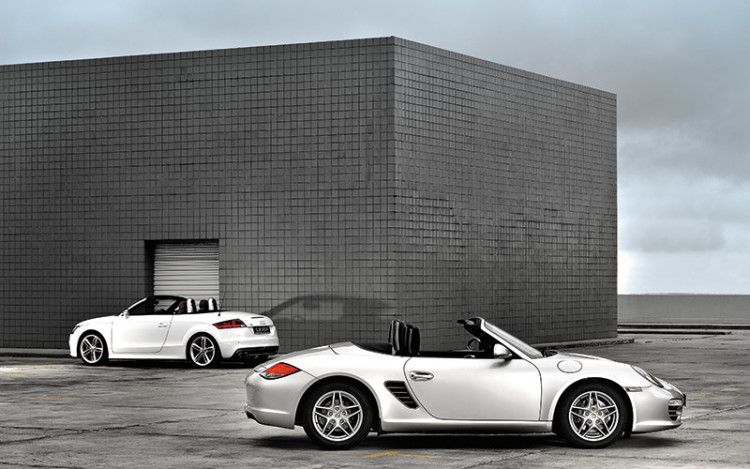 As far as sports car pedigrees go, the crest from Stuttgart is the gold standard. It’s a reputation that comes from years of success on the racing circuit and building road cars that are truly remarkable (attributed mostly to the 911). On the other end of the Porsche scale is the Boxster, the humble little sports car that saved the marque from financial ruin barely two decades ago.

The Boxster rarely got the kudos it deserved, though. Purists and “serious” enthusiasts didn’t take to its softie roadster body style and berated it as little more than the cheapest ticket to the Porsche marque.

But there were also others who saw the car’s true performance potential: its chassis was sweet as honey, with its mid-engine format being truly superior to the 911’s inherently flawed rear-engine placement. 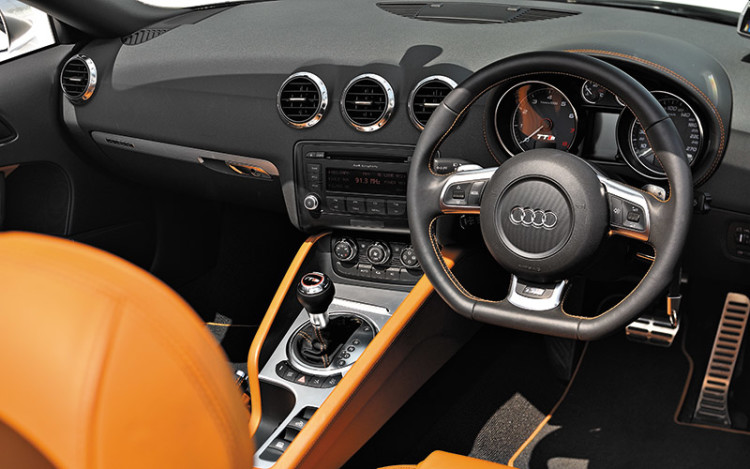 (In fact, only Porsche’s decision to deprive the car of more power kept the Boxster from overtaking the 911 then). In its time, few cars in its segment were as capable or more rewarding to drive.

Porsche’s success in moving downmarket and meddling in the realm of BMW and Mercedes-Benz roadsters didn’t go unnoticed.

The updated Boxster is now in town. And although the long in the tooth Mercedes-Benz SLK can’t quite touch it, the fresh BMW Z4 (which we tested last month) most definitely can. Likewise the Audi TTS Roadster. The BMW Z4 wasn’t available in time for this showdown, leaving the Audi alone to have a bout with the Porsche.

Even though the brand has been on a seemingly meteoric rise in status in recent times, it will be naive to assume that the Audi badge has reached Porsche’s absolute blue chip status. Trying to convince buyers that an Audi can be comparable to a Porsche is admittedly a tough task.

Besides, the TTS only has a 4-cylinder engine, and doesn’t enjoy the service of six perfectly machined pistons arranged in the classic “boxer” layout, a trait the baby Porsche inherited from the 911.

Then there is this little point that the TTS shares more than a washer bottle with the Volkswagen Golf. While the link with Volkswagen is a good thing for the Skoda crowd, it has quite the opposite effect when persuading buyers away from a Porsche. 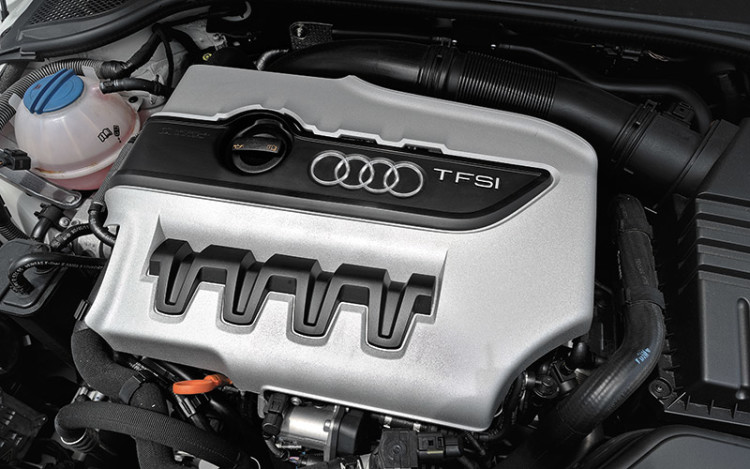 You know that the lengthy preamble works up to a big, fat but. And here it comes…

Porsche appears to have placed too much confidence in the strength of its badge because it has done little to make the Boxster stand out. The facelift sees the appearance of funky LED day running lights, xenon headlamps that turn to help the driver see around corners, and reshaped bumpers to sharpen its looks.

But against the dressed-to-the-nines TTS, the Boxster looks a bit pale. Opting for bigger wheels among other options will probably help, but it’s only too easy to lose oneself ticking all the boxes to end up with a Boxster that costs uncomfortably more than the $243,888 base price. 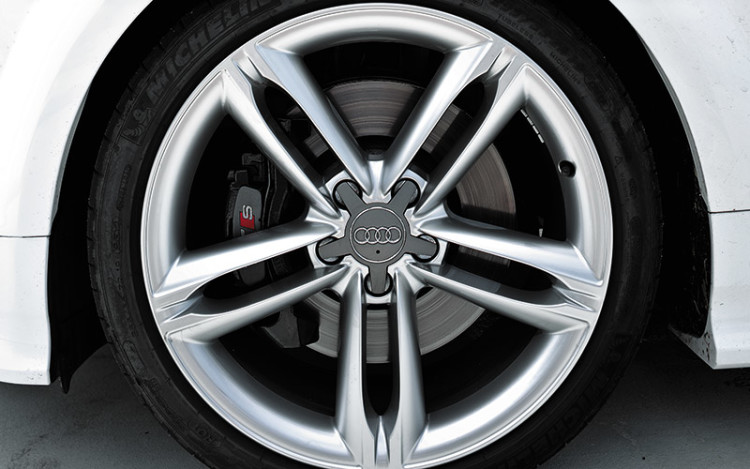 The rest of the Boxster looks even less like a car bordering on a quarter of a million dollars. It’s definitely more practical than it appears, with two boots (one under the bonnet and another behind the engine) giving it more storage capability than the single and shallow fixture in the TTS Roadster.

Otherwise, the car has scant regard for the majority of buyers who probably expect bells and whistles to justify their spending. The Audi, on the other hand, dazzles with its attention to detail – from the air-con bezels shod in deep chrome finish to the stylish leather stitching on the seats in the style of baseball gloves.

But the Audi’s chairs do not grip as tightly as gloves should. Instead, they feel wide and comfy, more fitting of an executive saloon. Even though the two cars are very similarly sized on the outside, the TTS manages to carve out more room in the cabin, especially width-wise, exceeding what the Boxster offers. 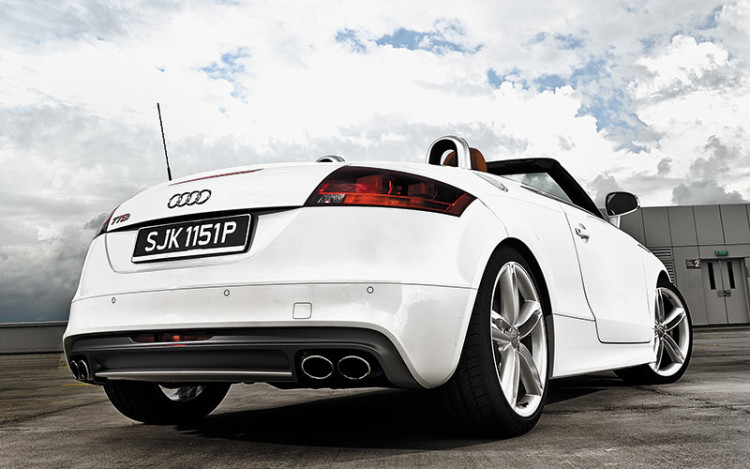 While this may be a perk for larger frame drivers, the TTS’ high waistline and taller driving position doesn’t give an immediately sporty feel behind the wheel as the lower-slung Boxster.

The updated Boxster features a new 2.9-litre engine with 255bhp and 290Nm of torque – 15bhp and 20Nm more than before. Like the refreshed 911, the engine is paired with the new 7-speed dual-clutch transmission called PDK.

In picking up direct fuel-injection technology, the Boxster’s engine seems to be quieter than before, and the PDK is almost too slick, making gear changes absolutely undetectable, apart from the indicator. 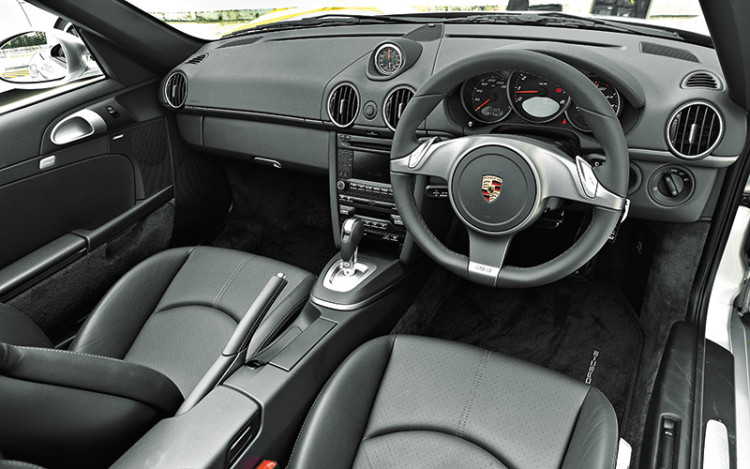 So, rather like its big brother, this new powertrain and drivetrain combination can feel really, really mellow when used gently. In this state, the Boxster is absolutely undemanding to drive and not at all exciting, apart from the wind- in-hair sensation when the roof is down.

The TTS, on the other hand, is nothing like that. Roof on or off, there’s no missing the boosted 2-litre at work. Even on relatively light throttle inputs, the exhaust note is pronounced, punctuated with entertaining “barrp-barrp” noises as the 6-speed dual-clutch transmission (S tronic in Audi-speak) swops cogs.

Driving at night, when the air is cooler, the sound of the turbine spooling up becomes even more pronounced. Without even trying, the TTS feels pert and taut, spoiling for action. 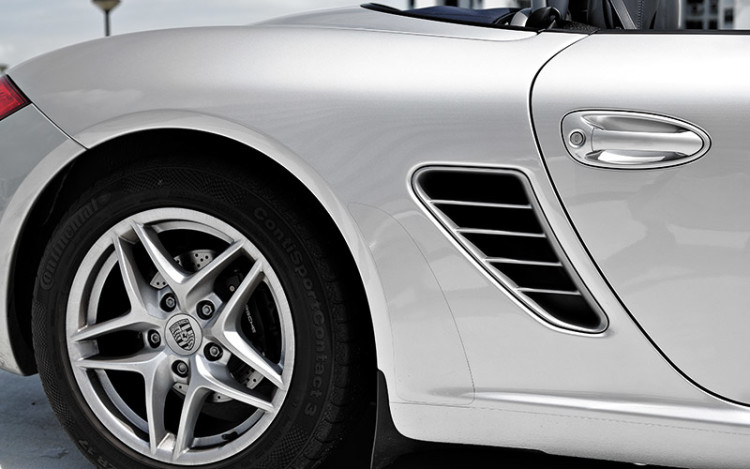 Indulge the TTS’ calls and it responds beautifully. There is a hint of turbo lag (most magnified when downshifting more than one gear at a time, momentarily stumping the S tronic).

Get past that and the 2-litre really pulls. With plenty of usable torque (350Nm from just 2500rpm), there’s hardly any need to stretch it beyond 5500rpm, where the surge starts to taper.

The electro-mechanical steering is also feelsome, a surprise for a car with all-wheel drive, which has a tendency to mute responses. Despite the ultra-low profile tyres, the suspension also manages admirably with “Sport” mode further improving road-holding without compromising comfort levels till it’s unbearable. 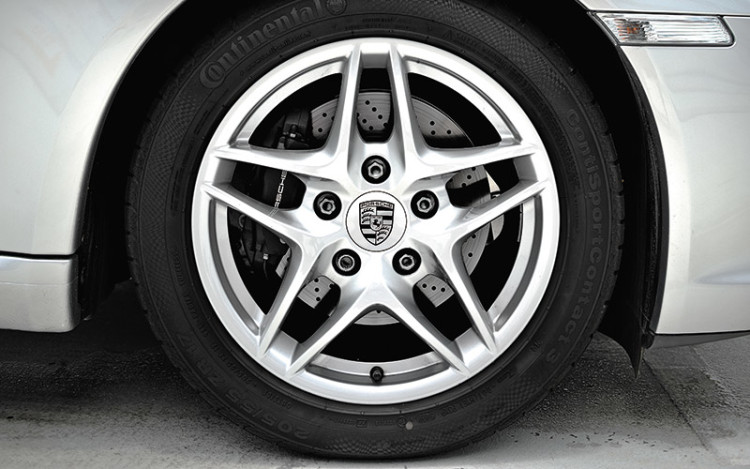 The Boxster is no pushover, of course. It just needs a bit of probing to know that the driver wants to have fun, starting with making sure that the boxes marked “SportChrono Pack” and “PASM” are firmly ticked during purchase. They aren’t cheap but are definitely worthwhile investments. Beyond the additional buttons and an analogue clock perched on the dashboard, the features really add to the Boxster experience.

On the transmission front, PDK can be made to execute changes with the ferocity of a racecar’s gearbox. Full throttle upchanges are met with firm and sharp jolts, while downchanges are no less brisk but matched with a perfect flare of engine revs.

In terms of suspension, “Sports” tightens up the cushy ride significantly and has the effect of squeezing the tyres firmly onto the tarmac, affording the car even more speed in the bends. 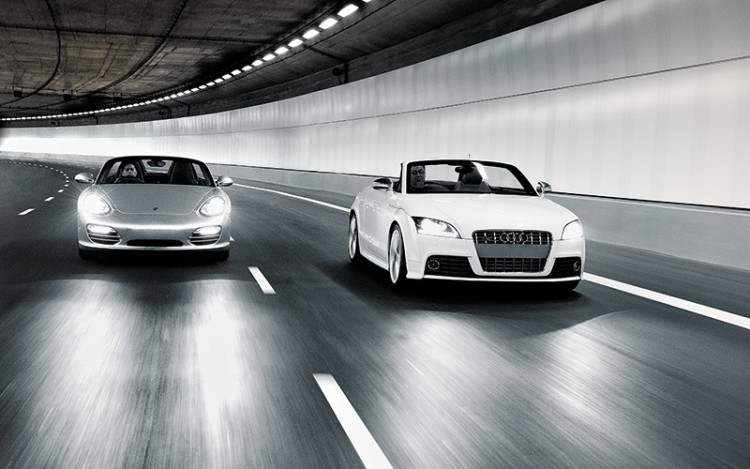 Driven spiritedly, the Boxster’s chassis feels as alert as the TTS’ and exhibits an added level of fluidity in the way it transmits the driver’s inputs and quality of feedback coming through the controls.

The steering column seems a bit less rigid than the Audi’s and the rack ratio is a tad more relaxed, but it’s certainly more direct than the front-engine TTS. The brake pedal, especially, is simply a joy to use, as it has a little bit less free play than the TTS and more progression built into the travel, making it easy to judge and modulate.

It’s not quite so easy to make a call between the two cars. The TTS may have been an underdog but Audi has put in the hours to make it superior to the Boxster on almost all (objective) fronts.

The more premium feel about its styling and appointment will surely earn it fans in the showroom stakes, while its easily accessible performance – backed by entertaining fireworks courtesy of a high-boost turbo engine and a sublime gearbox, not to mention its capable chassis – all conspire to make it nearly impossible to justify the premium for the Porsche.

Still, it’s not to say that the TTS has convincingly trampled on the Boxster. In its base form, the 2.9-litre Porsche may not have the power but there’s certainly plenty of merit about the level of detail in the chassis’ behaviour.

To really show a clean pair of low-profile heels to the rest of the pack, we’ll need to call on the more powerful (and $33,000 more) 3.4-litre Boxster S. What say a three-way showdown with Porsche, BMW and Audi? 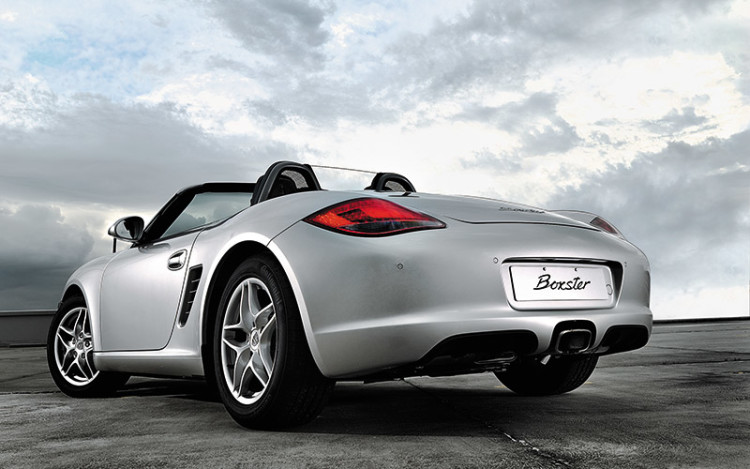