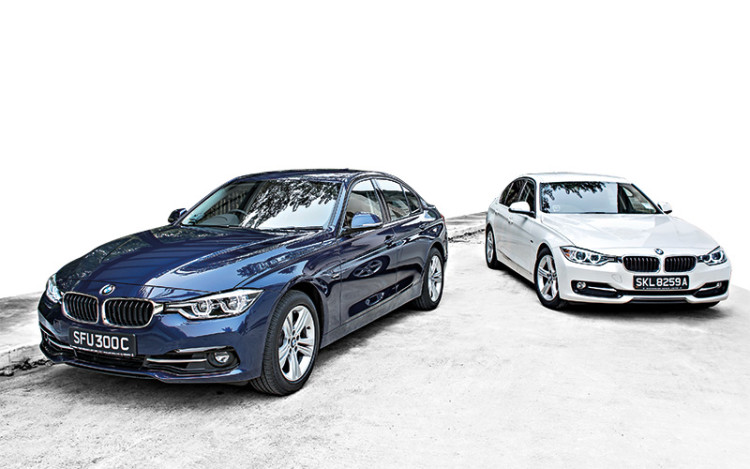 What’s new? Well, the car’s blue colour, for one. Beyond that, you’ll struggle to notice the rounded-off front bumper and redesigned lamp clusters. The aggregate effect is subtle, but more organic than before.

Inside, goodwill garnered from a smattering of chrome and piano black is immediately reversed by the specification of artificial leather and the dullest door trim in the class. Navigation is finally standard, though. But the big news is under the skin.

The original F30 316i in Sport trim was a landmark executive saloon when launched in 2012, because it heralded the end of when a base BMW could be out-dragged by a Camry. The 316i was also dressed/equipped well enough to camouflage itself among its higher-numbered brethren.

Handling-wise, however, it felt like a lost opportunity. The grumbles of brand purists bore testament to the softened 3 Series’ weakened claim to be the segment’s champion athlete. 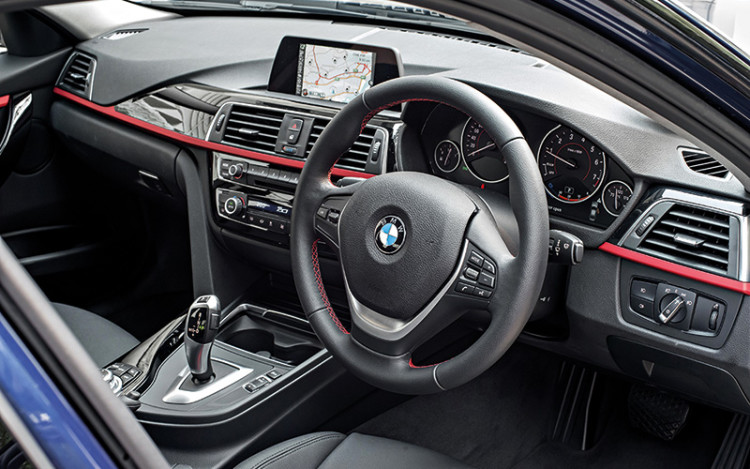 The 318i’s infotainment has sat-nav as standard, but the artificial leather upholstery is a downgrade.

To be fair, it was if you paid for the M-Sport kit. But you should not have had to. Nevertheless, still bearing BMW’s signature neutrality of balance, the F30 always had the potential to be better.

BMW has responded by tightening everything up and lowering the car by 10mm. Its suspension now anchors at each end to the chassis at five points instead of three, while its springs and stabiliser bar have been uprated.

The much maligned electric steering has been re-tuned to be lighter but more communicative. The result is transformative.

Like a kid with new shoes, the 318i happily shows off at the first series of bends I encountered. Its nose pivots readily, no doubt assisted by a lighter engine, while the tyres faithfully telegraph grip levels. 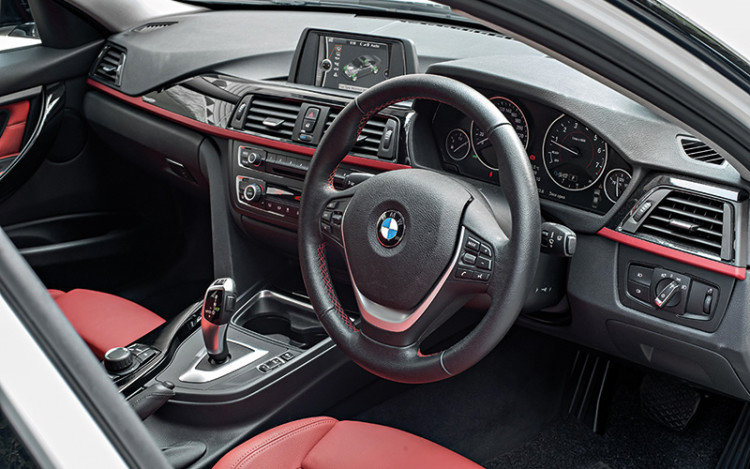 The leather upholstery in the 316i is the real deal.

What little body roll present is progressive and linear. Crest a hill and the car feels resolutely tied down, with neither float nor rebound.

The new 318i dances as a harmonious whole and inspires confidence to hustle, while the old 316i’s body can feel like it swims on its springs. The 3 Series behaves like a sports saloon all over again.

Yet, road imperfections have their edges nicely rounded off. Even with large humps and full-bore stops, it takes seriously poor judgment to jar the passengers. All the occupants are kept as comfortable as can be reasonably expected of a sporting machine. 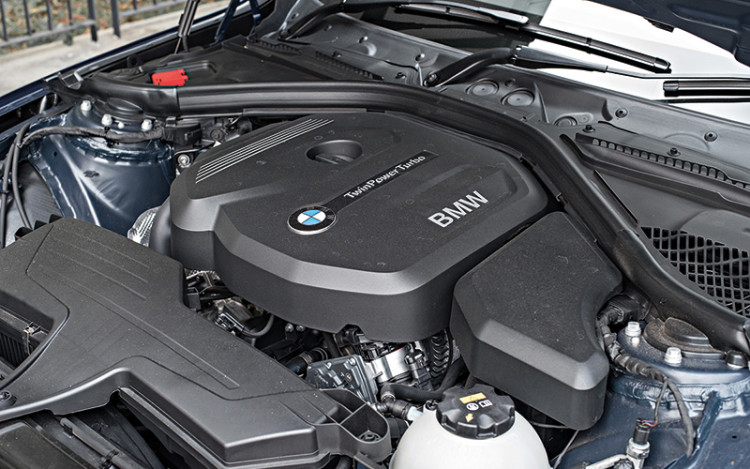 The new 1.5-litre 3-cylinder engine, of i8 ilk, takes a different approach to producing similar numbers to its 1.6-litre 4-cylinder predecessor.

It does not feel tangibly faster, and like before, the power remains insufficient for throttle adjustability to be factored into the handling equation. The older engine also emits a baritone rumble that, on first acquaintance, conveys an illusion of greater muscularity.

But calibrate your inputs to the newer engine’s power characteristics, trust that the torque is there and it is at least as accelerative on part-throttle.

Sort of an automotive hamster on caffeine, the 3-cylinder zips eagerly across the rev range with an infectiously airy thrum and, crucially, consistent strength. 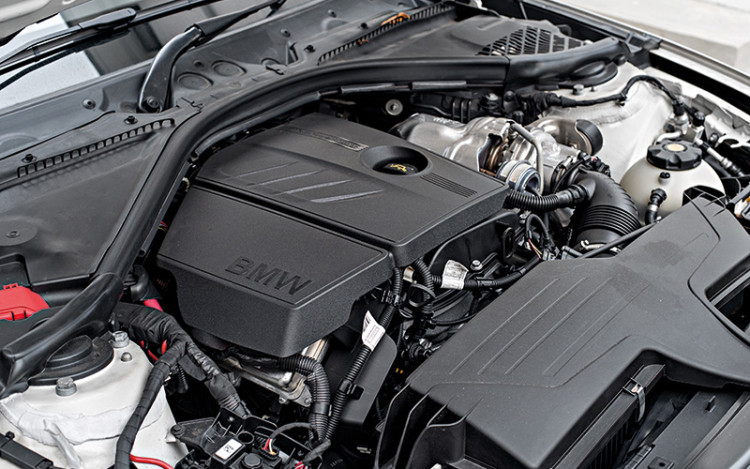 The 8-speed transmission is happy to oblige, punting the engine into higher revs at every opportunity, whereas the older powertrain allows more time to ride a wave of turbo torque.

The new motor goads me, successfully, to keep taking it to the stratosphere – a place where there’s less sensory reward with the harsher 4-cylinder. The flip side is real-world economy that’s laughably far from BMW’s claims.

A charming personality, however, does not cure the momentary hesitation that plagues small turbocharged engines like this one.

Let the engine go off the boil before merging onto an expressway, and you’ll be presented with a silent moment to enjoy watching the lorry behind expand in the mirror. 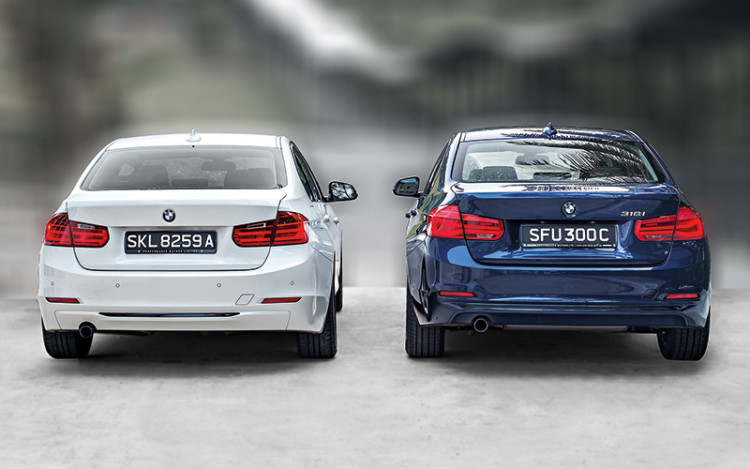 The updated 318i is a darling handler with genuine finesse. Compared to the pre-update 316i, it feels lighter on its feet and possesses a deftness of touch. The engine and chassis’ inherent silkiness has also created an altogether smoother operator than its predecessor.

The new 318i is a definite step forward from the old 316i, but in a battle against the current Mercedes-Benz C180 and incoming Audi A4, that may not be enough.