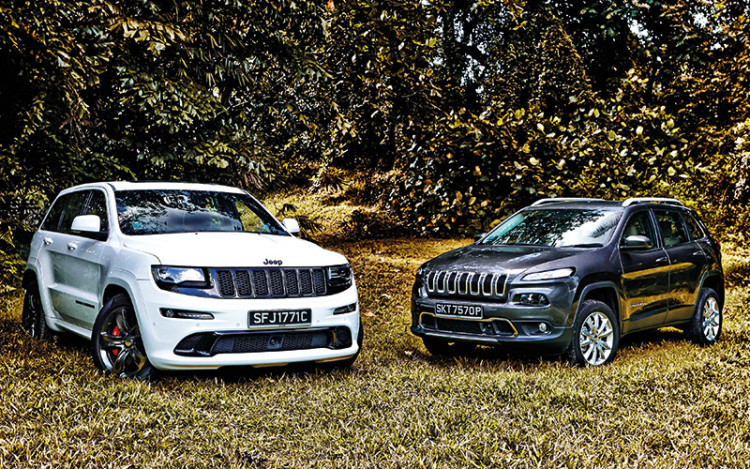 These two “Native Americans” are at opposite ends of the local Jeep “reservation”. The Grand Cherokee SRT8 is the most expensive and powerful model in the tribe, whereas the Cherokee has the fewest ponies and is the brand’s entry-level model here.

(Click here to see how the V6-powered Grand Cherokee stacks up against the Infiniti QX70 and Lexus RX350).

Compared to other Jeeps today, the Cherokee looks unusually futuristic, with a robot-like face that has slim headlamps flanking the iconic seven-slot grille.

The rest of the exterior design, however, isn’t as “robotic” or dramatic. In fact, the rear end looks bland. 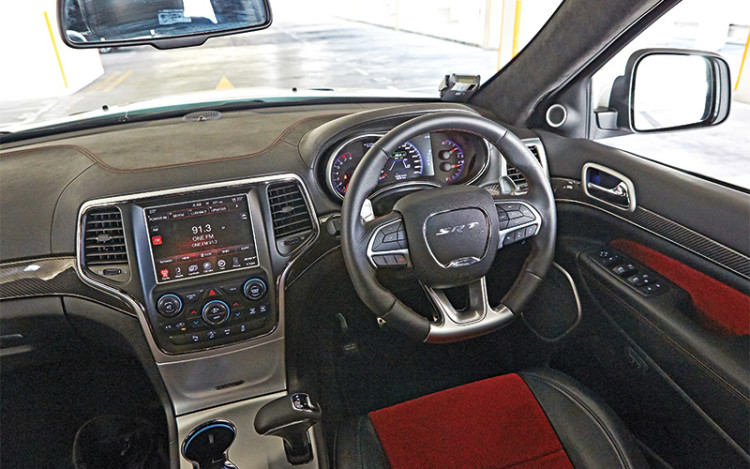 Shift your gaze to the Grand Cherokee SRT8 and you’ll know that this is no ordinary Jeep. Its bonnet has two sizeable vents, the ride height is lower than that of “regular” Grand Cherokees, and there are Brembo brakes peering out from behind the 20-inch wheels.

The “SRT” in the model badge stands for “Street & Racing Technology”, and the “8” means the car is V8-powered. Like BMW’s M, the SRT division is responsible for creating hairier versions of Jeep and Chrysler models.

In the Grand Cherokee’s case, the SRT might as well stand for “Super Ridiculous Transport”, because of the stupendous 6.4-litre V8. This enormous motor sends 461bhp and 637Nm to all four wheels via an 8-speed automatic gearbox. The century dash is accomplished in 5 seconds flat, despite the vehicle’s 2.3-tonne weight. 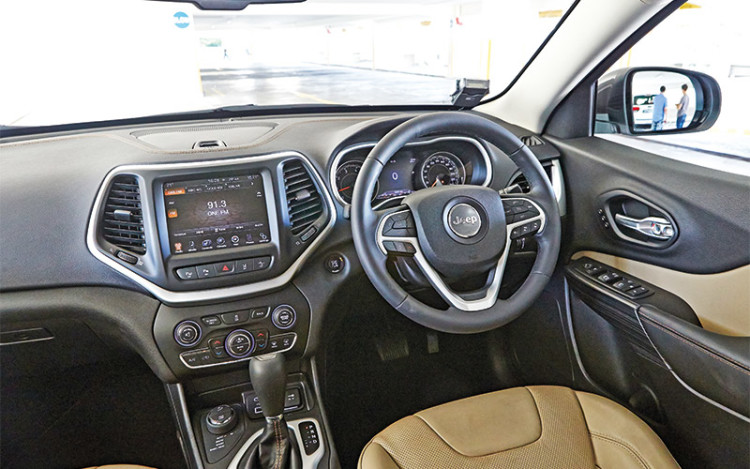 Much as I appreciate large-displacement motors, a 6.4-litre V8 is still ridiculous, given the annual road tax it will attract (over $7000) and the amount of petrol it will consume. Jeep claims 7.1km per litre, but really, only a fool would believe that.

If the Grand Cherokee SRT8 is your daily drive, you’re going to become good friends with petrol kiosk attendants. 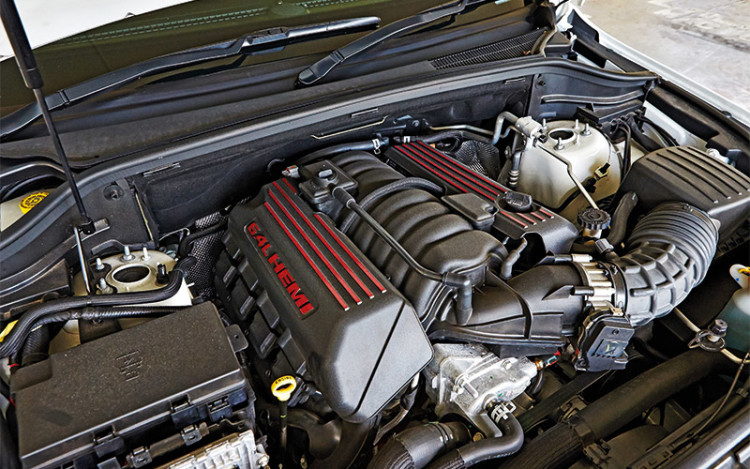 At the other end of the performance spectrum is the Cherokee. Unlike its muscular sibling, this model has a “sensible” 2.4-litre 4-cylinder that can supposedly manage 11.4km per litre. As expected, its performance is more relaxed – it takes twice as long (10.5 seconds) for this automobile to hit 100km/h. That’s similar to what a bread-and-butter saloon can do. 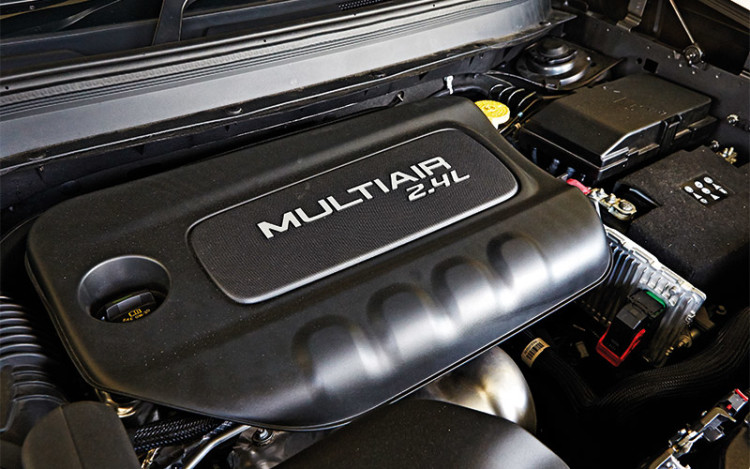 In terms of everyday driveability, it’s the Cherokee that’s actually easier to live with. It’s more manoeuvrable, and although it’s a lot slower, the power delivery is a lot smoother than that of the Grand Cherokee SRT8, which is always raring to rock and roll.

The Cherokee also has more terrain-conquering abilities than its high-performance sibling, thanks to the Selec-Terrain system, which lets the driver optimise the all-wheel-drive system in response to the conditions he is facing by choosing from Auto, Snow, Sport and Sand/Mud settings. 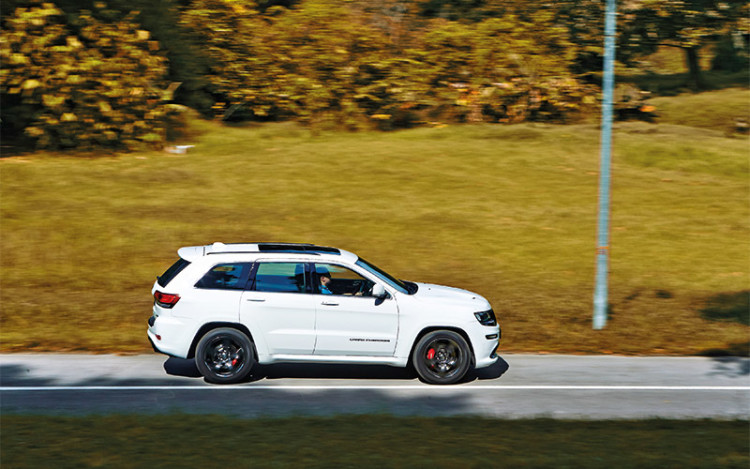 The Grand Cherokee SRT8 has traded its off-road skills for improved on-road talents, with its Selec-Terrain system replacing the Sand/Mud setting with a Track mode instead. There’s even a launch control function, but this should only be utilised on a circuit, not on a public road. 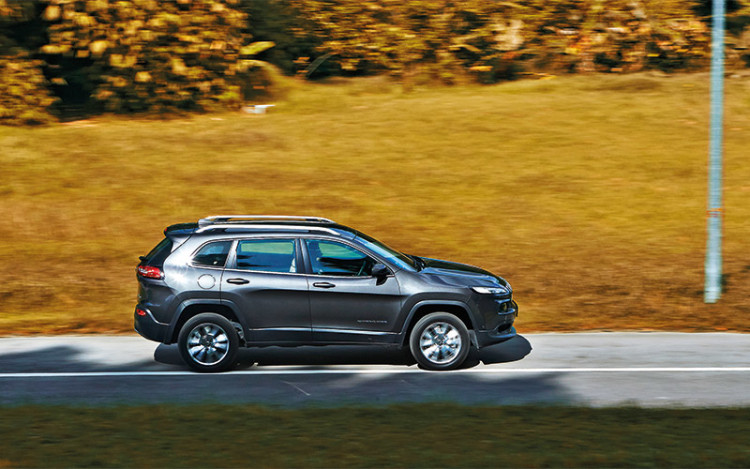 Further enhancing the driving experience are the sculpted, flat-bottomed steering wheel and large paddle-shifters. There’s also a special SRT menu in the infotainment system, which displays information such as quarter-mile timings and g-forces.

Naturally, g-forces are something the Grand Cherokee SRT8 driver will have to contend with if his throttle inputs are less than smooth. Stomping on the accelerator could result in a minor whiplash if you’re not careful, such is the ferocity of the big V8’s power delivery.

This “Jeep” powwow in the jungle has shown that all-round ability matters more than extreme performance. The Grand Cherokee SRT8’s tarmac-shredding talent makes it better suited for ruling the urban jungle, whereas the versatile Cherokee can conquer all sorts of jungle – concrete or otherwise. 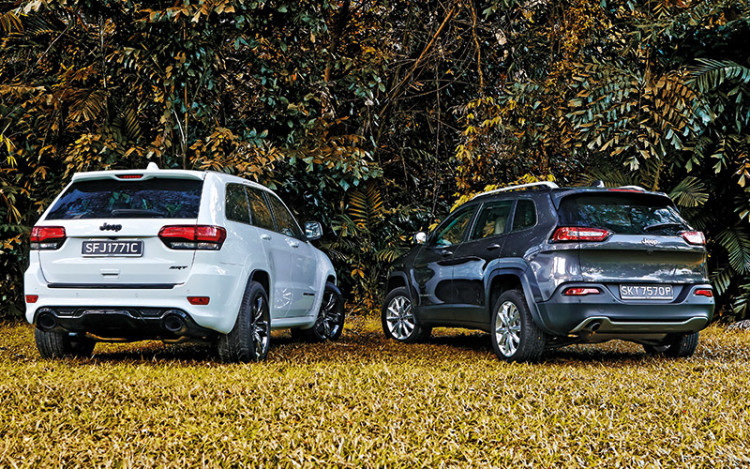 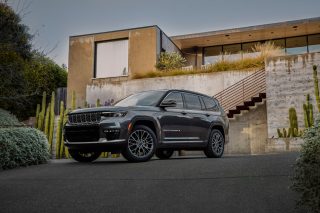