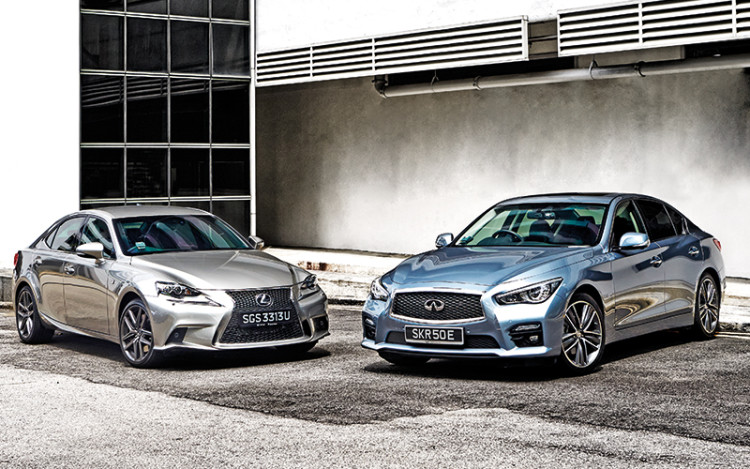 Posh Toyota versus posh Nissan, the unkind cynic might say. Both the “Toyota” Lexus IS and the “Nissan” Infiniti Q50 have been around for three generations on bespoke platforms, and currently come armed for battle with the segment template: turbocharged 4-cylinder motor.

The Infiniti Q50 Sport borrows its turbo 2-litre 7-speed drivetrain from the Mercedes-Benz C250, albeit with its own tuning, while the Lexus IS200t features a turbo 2-litre mill of its own design (it also powers the NX200t).

The Lexus has its own looks, too, detonating into view wearing more angles than your brain can register. Our test car’s deviant gold coat and elaborate wheels are a good fit with the vehicle’s ferocious extroversion. While not exactly beautiful, the overall effect is striking and expensive-looking. No chance of it blending anonymously into the crowd, then. 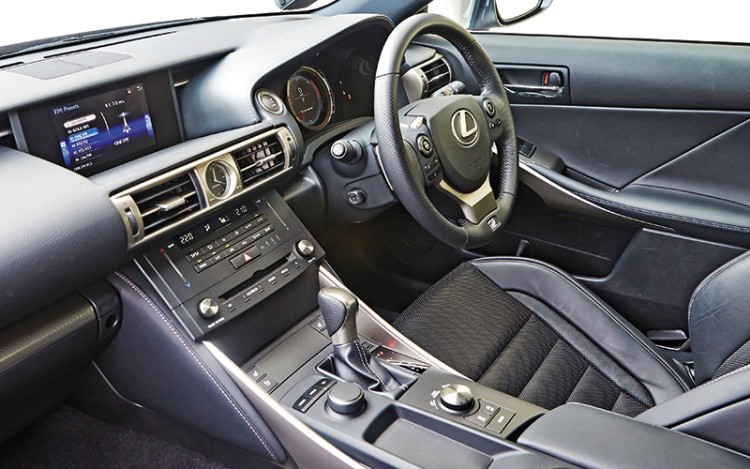 IS200t dashboard is dramatic but rather confusing.

Adjacent to the Lexus, the Infiniti Q50 combines purposeful angularity more harmoniously with graceful Japanese lines. You would be forgiven for not recognising the logo, as Wearnes Infiniti’s local presence has been shorter and softer than that of Borneo Lexus.

I give credit to both saloons for not shirking their Asian identities for a “European” look.

Evaluated in the showroom, both vehicles are broadly competitive for the class. 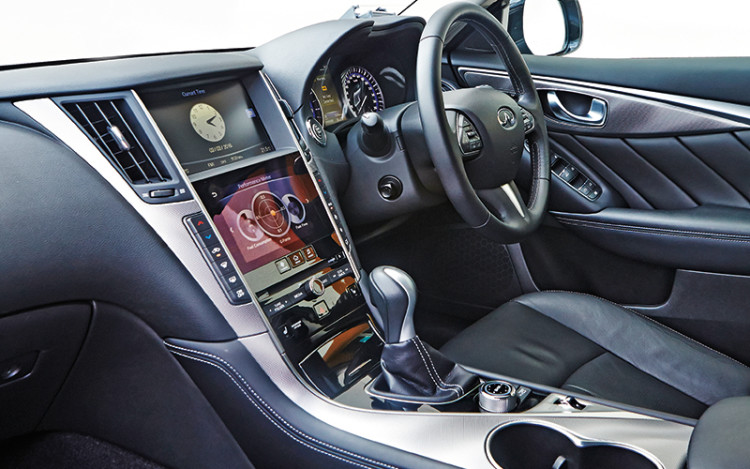 Q50 cockpit is easier to figure out and more driver-oriented.

Based on the measuring tape, the Infiniti is marginally bigger outside and inside, but it’s not a noticeable difference whichever seat you occupy in the cabin.

Both cars, being rear-wheel-drive, have an intrusive rear tunnel making the fifth passenger feel decidedly unwelcome.

These two Japanese contenders feel like they were put together with the Hulk turning the screwdriver. Nothing is ever falling off. The differences, however, lie in the aesthetics. 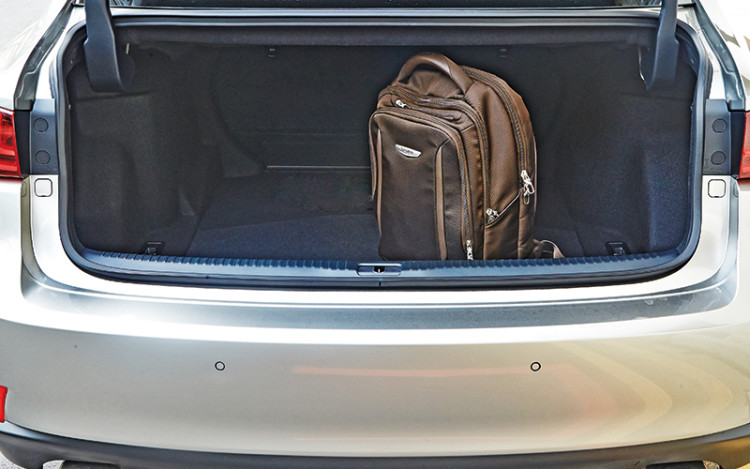 The IS dashboard is a haphazard riot. The centre console alone houses buttons of multiple contrasting materials, shapes and sizes. You could look at this automobile’s cockpit as an innovative advertisement of Japanese techno-wizardry, but taken as a whole, it lacks the simple coherence that defines genuinely top-notch design.

The Infiniti’s interior channels the exterior’s flowing theme. Two TFT displays are stacked on the centre console, and one more sits between the analogue dials.

Together they share – and for many functions, unnecessarily duplicate – infotainment duties. Ultimately, accessing the various functions and configuring the car’s numerous steering, drivetrain and chassis configurations is easy. 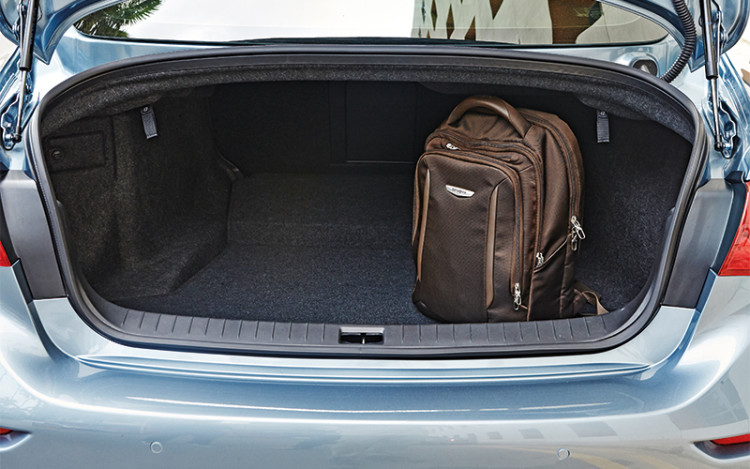 The Q50’s windscreen sits close to the driver, like it is in BMW’s E90-generation 3 Series. I see this as a good thing for the intimacy of the driving experience.

On the move, the Lexus feels, well, like a Lexus. The company has built a towering reputation for insulating the driver from such vulgar sensations as mechanical clunks and creaks, and every interface feels lovingly wrapped in a layer of felt.

Expect supreme refinement and the IS200t is beyond reproach. Even with deliberate provocation, it never threatens to do anything as uncouth as pushing onto its tyres’ sidewalls or hurling its mass against the springs’ bump stops. It settles quickly, too. 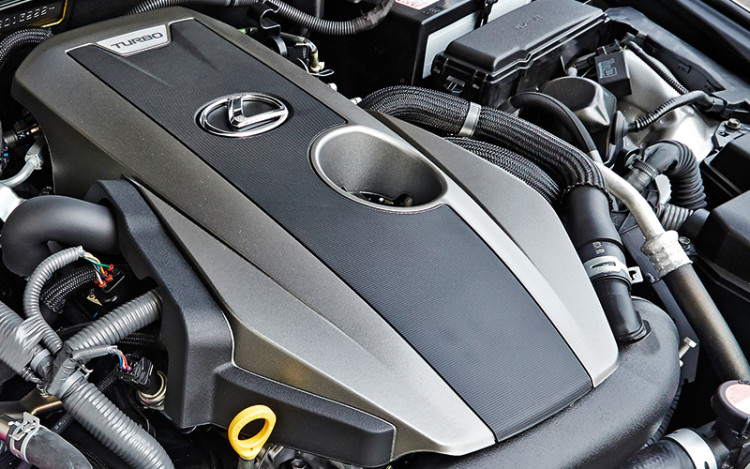 IS200t’s powertrain is more flexible and keener to rev.

Mid-corner bumps are dispatched without body deflection, which is a sound achievement considering its 1.6-tonne kerb weight. This reveals a chassis/suspension of considerable talent.

The flip side is a reluctance to reveal the balance of grip. I know the car can do it because I see it happen, but my bum is just a little uninformed. The IS200t thus does not feel as instinctively synchronous with my instincts as the class best, but it does a good enough job.

The Infiniti, with a mission of “performance luxury”, counters with greater clarity through the driver’s seat and abundant rear-drive panache. 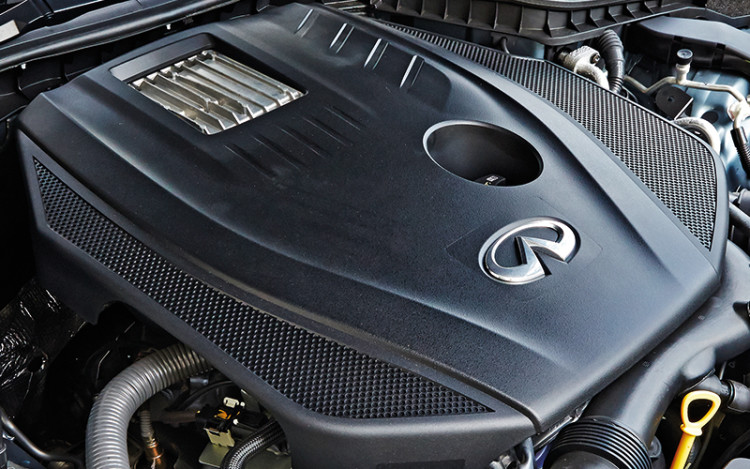 But the 1.7-tonne Q50 is even heavier than the IS200t, hence to zip through the same corner like a laser pointer’s red dot, the Lexus is marginally more agile. The Q50 also tends to fidget a bit more over road imperfections and react less kindly to mid-corner intrusions than the Lexus, which achieves slightly better body control at a lesser cost to refinement.

The Infiniti’s Mercedes engine is more aggressively vocal and its 7-speed gearbox feels cleverer than Lexus’ 8-speeder, which is also busier and more indecisive.

The IS200t can be caught off guard, hesitating slightly before catapulting the engine into a frenzied whirr after I’ve already planted that trapezoidal grille into the next lane. 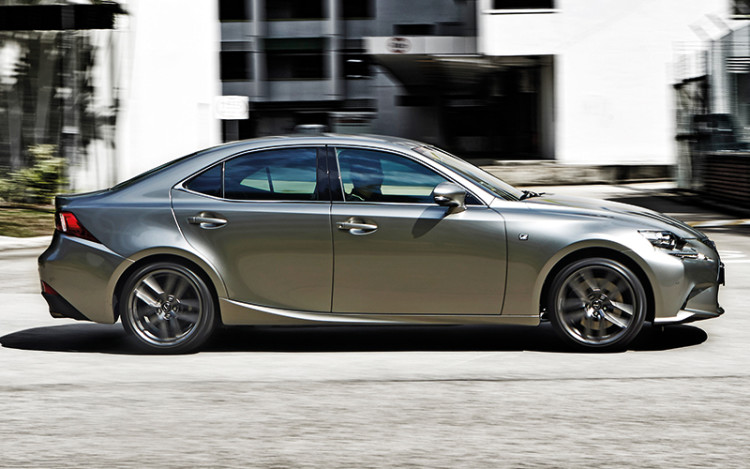 Making up for this are effective and quick-reacting paddle-shifters, working a rev-happy motor blessed with greater flexibility than the Q50 to mete out proportionate reward for my inputs, especially in the middle of a fast bend.

Now I come to the Q50’s big technological boast: Direct Adaptive Steering. This world-first system severs all mechanical connection between the driver and front wheels, save for an emergency fail-safe.

Infiniti has gone to great lengths to replicate real-world sensations in the steering, by dialling in speed-sensitive resistance and artificial vibrations. Yet it is like Diet Coke. With apologies to our diabetic readers, artificial sweetener just isn’t the same as real sugar. 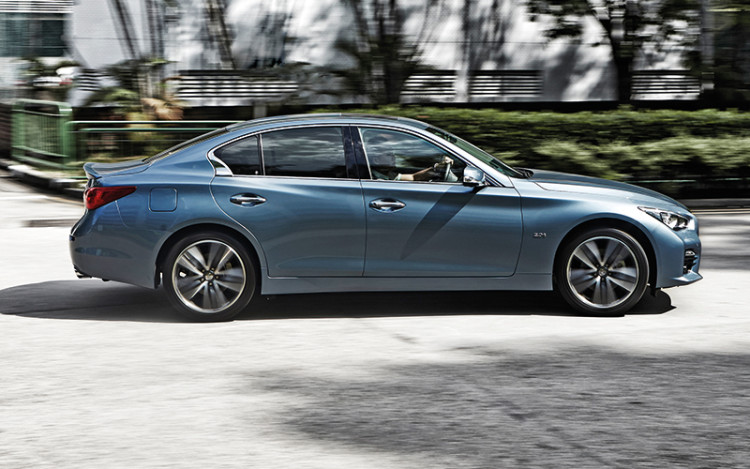 There are organic nuances to an actual mechanical connection in the infinite variability of real-world topography that electronics cannot replicate.

If this were a Playstation game controller, it would be a fantastic effort. But standards in the real world, on a real sporty saloon, are necessarily higher.

Direct Adaptive Steering has many theoretical benefits and may be a milestone in the ongoing development of the modern automobile. It certainly deserves the technological awards it has received for sheer innovativeness. 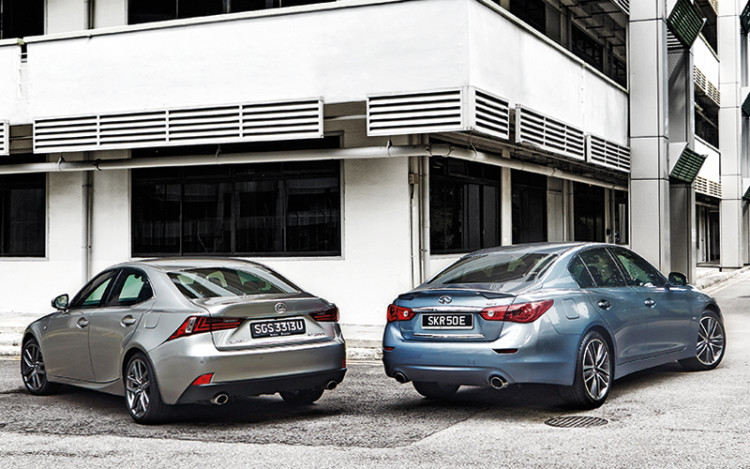 Yet, call me obsolete if you must, I’ve tried the Q50 with regular steering and liked it much better. Which is a shame because the rest of the Q50 is tactile and satisfyingly analogue.

So which of these enthusiastic “sport” saloons do I prefer? With such different characters but very similar dynamic capabilities, I suspect it’ll come down to personal aesthetic preference.

In my opinion, the IS200t F Sport outshines the Q50 Sport with its superior refinement. However, the Infiniti is stonking good value at $193,800.