The idea of an eco-friendly SUV (sports utility vehicle) is a difficult one to realise. How can a large, heavy, all-wheel-drive vehicle possibly be as green and fuel-efficient as a compact saloon?

Lexus engineers must relish the difficult challenge, for they have created not one, but two SUVs that defy this logic – the RX450h and NX300h.

The former remains the benchmark within its segment. When local motorists think of a luxury hybrid SUV, it is the first and arguably only model that comes to mind. No other marque in Singapore has a petrol-electric hybrid that has achieved such top-of-mind awareness among drivers.

The bad news is, the RX450h now faces in-house competition from the NX300h, which was launched here last October. Compared to the RX, the NX is smaller, less spacious and less powerful, but also newer and significantly more affordable (by just over $100,000 at press time).

The NX300h aims to attract buyers with its styling, too. Though both siblings sport the brand’s spindle grille, the nose of the NX is decidedly more aggressive and in your face. Furthermore, the sheet metal is sharper-looking than that of the “soft-bodied” RX, with the NX also showing off bulbous wheel arches and gorgeous “3-D” tail-lights.

The newcomer’s attempt to upstage its elder continues in the cockpit. Designed for the younger and perhaps keener driver, there’s a smaller steering wheel than in the RX, with contrast stitching on the leather, plus a stubby gearshift lever and sporty paddle-shifters.

Calming the driver’s qi (energy flow), on the other hand, is the RX450h interior. It oozes greater class and comfort than the NX300h – the steering wheel and centre console are trimmed with natural wood, the seats are plusher and the footrest is wider. But while the dashboard of the RX is neater, it is also dated by the older, less direct RTI that still utilises a mouse-like controller.

But when it comes to stretching mileage, it’s the NX300h that outshines its sibling, as it manages an average of 17.5km per litre, as opposed to the other Lexus’ 15.9km per litre. As a bonus, the smaller size and lighter weight of the NX300h (which is 215kg lighter than the RX450h) make it feel more nimble around corners.

In this XX-rated encounter between the NX and RX hybrids, the RX450h clearly retains its edge in cruising refinement and has little to fear from its sibling in this regard. At the same time, the RX should look forward to what the NX300h heralds for the next generation of Lexus luxury SUVs – edgier design, nicer equipment, higher efficiency and better driveability. 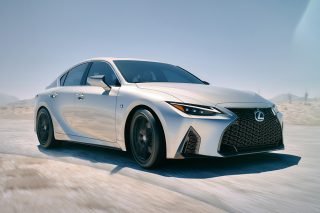 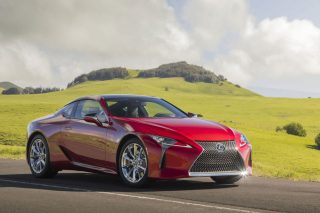 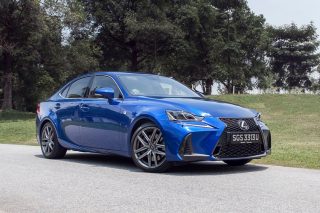