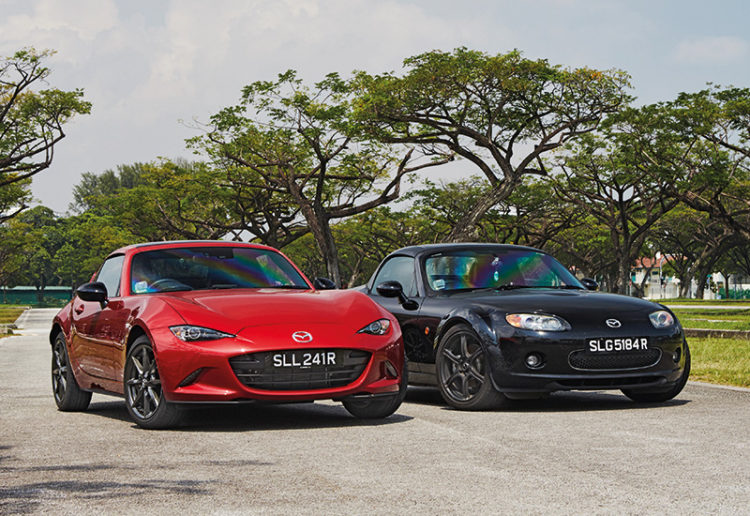 Ah, the Mazda MX-5, through the generations the very definition of driving pleasure, distilled. It is the rapturous laughter of your best buddy, the radiant beam of your sweetheart’s timeless smile.

It is the essence of joy, the reason the sky was formed and roads were built.

How do I know this? I bought one! A standard soft-top version, as the gods of motoring intended. Minimum fuss, maximum pleasure.

Now though, there is a hard-top version called Retractable Fastback (RF). At the cost of 45kg added to the MX-5’s obsessively achieved super-light construction, Mazda has affixed a piece of metal origami atop the platform that, in theory, transforms the dinky, noisy little sports car to a weather-proof and knife-wielding-thief-proof machine for the mature sunseeker. 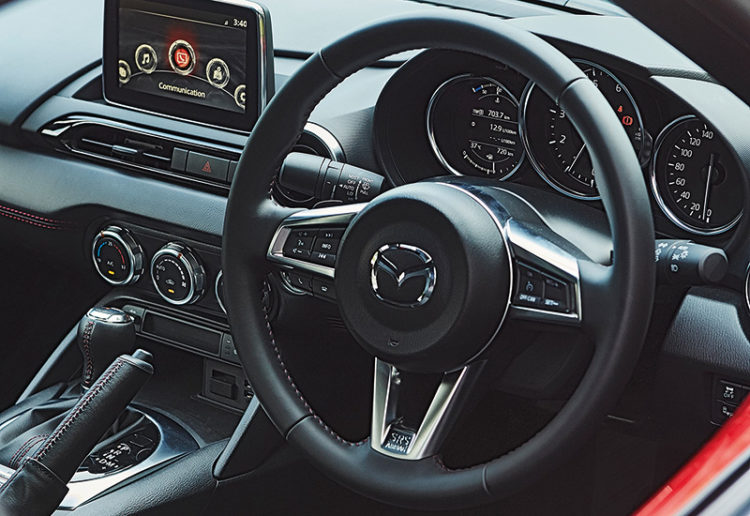 To get the big question out of the way first and foremost: No, the MX-5 is still as jubilant to toss around. There is no penalty whatsoever to its euphoric dynamic personality. It is still a hyper-caffeinated puppy at heart.

Now that we know Mazda is perfectly capable of engineering a hard-top into a regular convertible without compromising the dynamics, it is worth remembering that we have been here before.

A jet-black example of the previous NC-generation MX-5 Roadster Coupe (RC) joins us for a frolic.

That car is a lot easier to explain. It is a regular MX-5, except with a motorised roof that takes 12 seconds to open or close, and just happens to be solid. 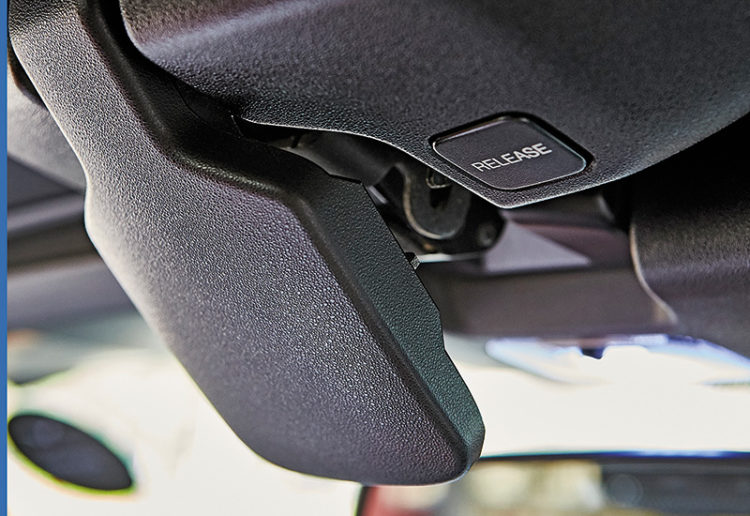 Marvellously, neither hard-top solution reduces cabin or boot space one iota, though that is a bit like saying an actor is no shorter than Tom Cruise.

No wonder, then, that the RC version accounted for more of that model generation’s sales despite a 37kg weight gain. Because, why not?

But the engineering reality for the new RF is a bit more complex than simply bolting the folding mechanism where the soft-top used to live. Chief amongst the challenges Mazda faced was conceptualisation. Their engineers are a fanatical, obsessive bunch, and the MX-5 is their masterpiece.

The basic ND MX-5 platform is therefore such a marvel of efficient packaging that it was impossible to create a hard roof that folded away completely like it did in the previous generation. There is simply no room to do so. 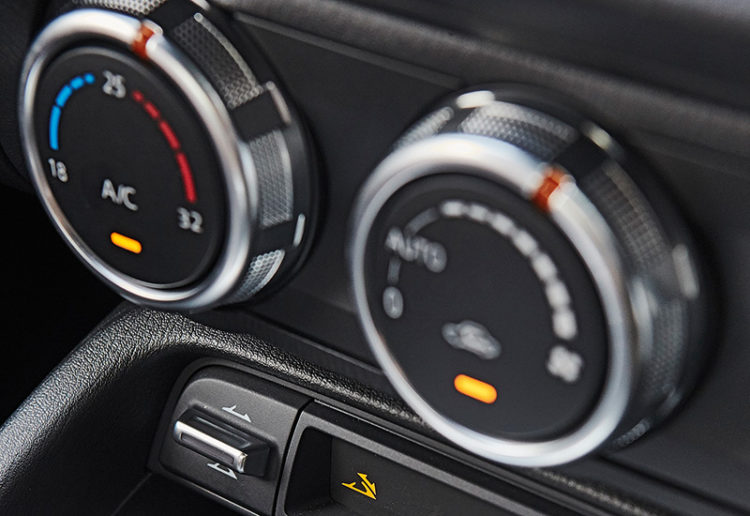 I believe there must have been many long meetings in rooms full of drawings and fantastical renderings that would have sent any hardcore MX-5 fan into seizures of rapture.

Do we make a fixed-roof coupe for a more focused bent on the decidedly playful MX-5 theme? Do we leave well alone? Do we make a Miata pickup truck? The possibilities were probably endless.

Then a marketing executive must have knocked on the door, bowed, and reminded the engineers politely, please, that some people just will not buy a convertible without a hard-top. And hence the decision was made – a targa it shall be.

Necessity, then, offered an opportunity to expand the MX-5’s brief and broaden its appeal. Given licence to create a new form, the designers have penned a jaw-dropping silhouette.