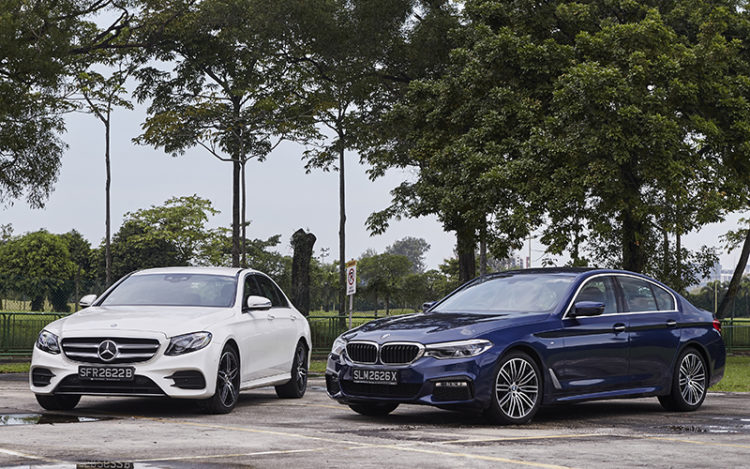 If you don’t follow the local motoring trade, you might be surprised to learn that the most popular models from Mercedes-Benz and BMW aren’t their entry-level offerings.

Those honours actually go to the E-Class and 5 Series models.

That doesn’t mean Mercedes has trouble moving the A-Class, or that BMW finds it tough to sell its 1 Series.

The biggest reason why the E-Class and 5 Series are huge sellers is because there are plenty of wealthy car buyers, many of whom are loyal to either of these models. 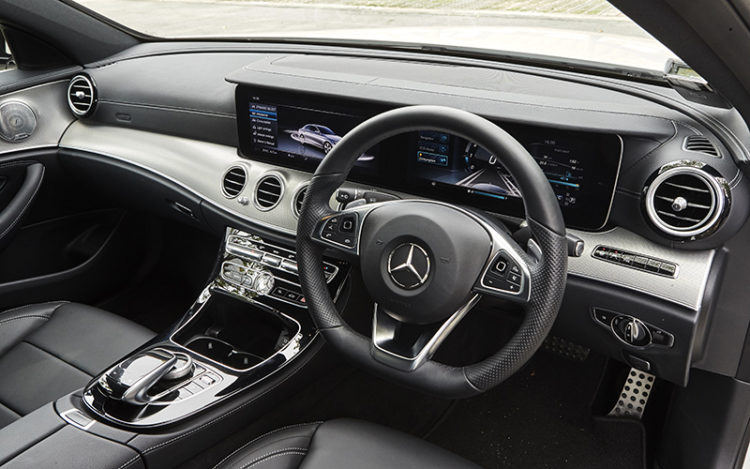 E300 cockpit is a combination of high-tech and luxury.

The two competitors we’ve lined up here are the mid-tier versions within their respective ranges. The E300 is “higher” than the E200 and E250, while the 530i sits above the diesel-powered 520d.

Therefore, the E300 and 530i not only come with more standard features, but more power as well.
However, while the previous-generation E300 has a 3-litre V6, the latest one is equipped with a turbocharged 2-litre 4-cylinder.

The same goes for the 530i. The last-gen 530i has a 3-litre straight-6, but the current model, like its Merc rival, is now also powered by a turbocharged 2-litre 4-pot.

Although their engines have been downsized, both the E-Class and 5 Series have been upsized compared to their predecessors. Each saloon is nearly five metres long, and both have wheelbases measuring over 2.9 metres. 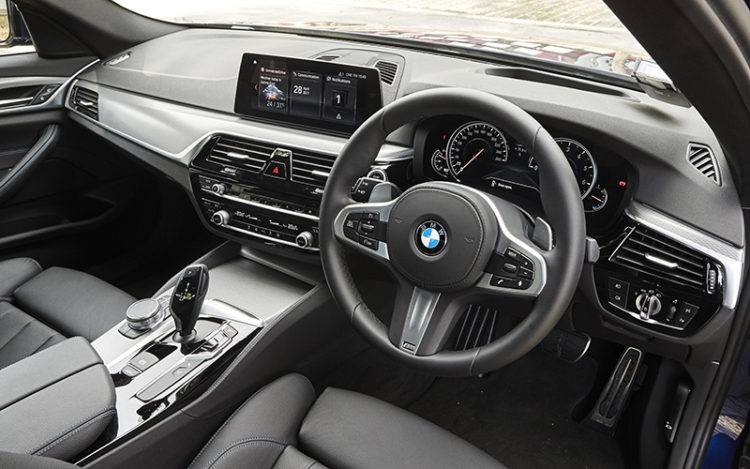 Design-wise, both cars take their cues from their flagship siblings. The E-Class’ styling is clearly inspired by the S-Class and the 5 Series closely resembles the 7 Series.

Between the two, I’m more drawn to the 530i because of its athletic looks. It has stronger and more angular lines, and a more confident stance, too.

In contrast, the E300 has softer and curvier lines that reflect the luxuriousness and refinement associated with the tristar marque.

The difference between these two rivals is just as significant when it comes to their interiors. 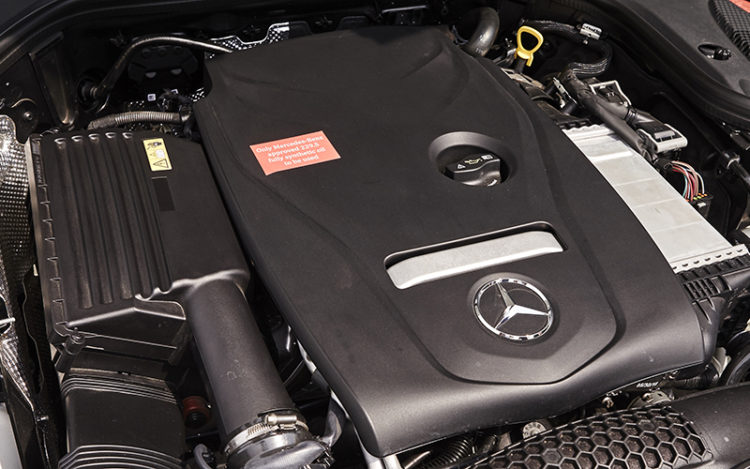 If you’re a keen driver, you’ll immediately find yourself at home in the 530i.

The driving position is spot on, the dashboard is angled towards you, the paddle-shifters feel meatier than the ones in the E300, and the alloy pedals have more generous rubber inserts for extra grip.

Most of the controls and features in the 530i’s cockpit are also more intuitive than those in the E300. BMW’s iDrive infotainment system, for instance, is a lot more user-friendly than the Comand Online system in the E300. 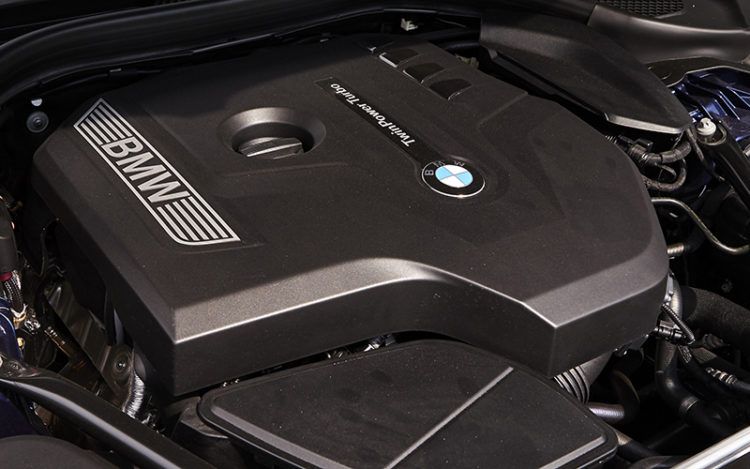 530i’s engine has more power and the edge in efficiency, too.

The first things you’ll notice in this car are the stunning 12.3-inch displays that dominate the dashboard. Yes, there are two screens, although at first it might seem like there’s just one giant display.

Mercedes has spared no effort in its quest to dazzle and delight the driver, for the graphics are a lot prettier than the ones in the 530i.

The only complaint I have about Merc’s systems is that they aren’t as intuitive as expected. You’ll really need to spend time figuring out how to tweak various settings before driving off. 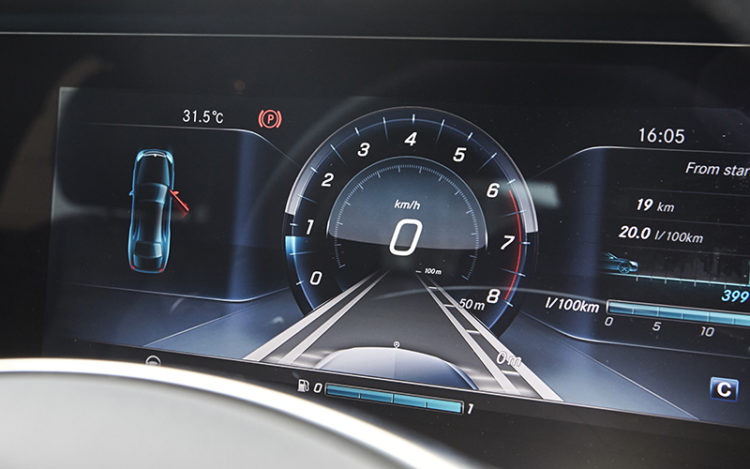 Cool details, such as the knurled finish on the toggle switches and suppler leather seats, make the interior feel even more special than the Bimmer’s.

The same is true for the E300’s backseat. Besides being quieter, the rear windows also have retractable blinds as standard to reduce the sting from harsh sunlight.

Though less cushy, the 530i’s backseat offers conveniences that are not found in the E300. For instance, you can adjust the airflow of each air-con vent, and there is a pair of 12-volt outlets for recharging smartphones. The E300 has a cargo-carrying advantage because of its flat boot floor and Easy-Pack Boot Box, a variable-volume bin that keeps your groceries from being tossed around.

But when you need to hustle, you’ll want the 530i. BMW’s turbocharged 2-litre 252bhp motor not only produces 11bhp more than the E300’s engine, it also has a wider powerband that redlines at 6500rpm, or 1000rpm higher than the Merc.

The 530i’s engine doesn’t exactly sound engaging, but since it feels more responsive and tractable than its rival, it makes you want to rev it harder and more often. So, despite both cars boasting the same century sprint timing of 6.2 seconds, it is the BMW that feels lighter on its feet.

This feeling remains evident as you throw the car into corners.Despite its size, the 530i is always accurate and composed, and feels smaller than it actually is. At the same time, its helm feels more accurate than the Merc’s. 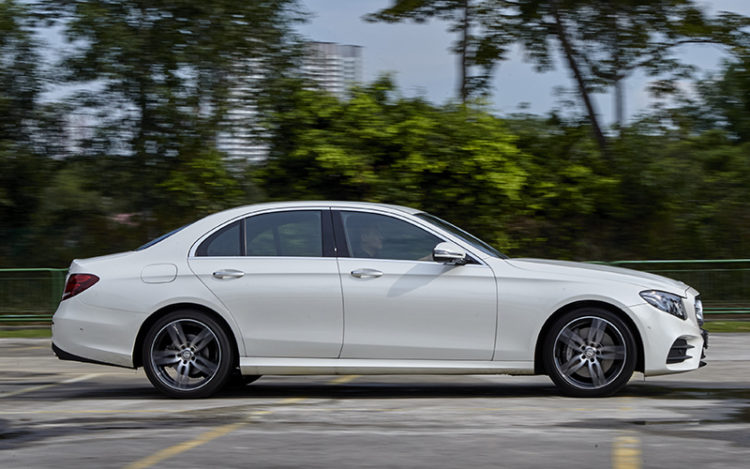 The E300’s turbocharged motor may have less power, but it makes up for this by producing 370Nm of torque, or 20Nm more than the 530i. Better still, the full twisting force is available at 1300rpm, versus 1450rpm for the Bimmer, which makes pottering around town easier in the Merc.

On expressways, the E300’s comfort-biased cabin and smoother ride quality cocoon occupants better than the 530i – a boon to anyone whose office commute takes longer than half an hour.

Making the E300 perform more dynamically requires you to choose Sport or Sport+. In these modes, the dampers are firmer and the gearbox holds on to each ratio a bit longer, allowing you to utilise more of the engine’s powerband. The E300, however, doesn’t really enjoy being pushed, and it tends to lean more around corners compared to the 530i – even in the sportier modes.

That said, the upside to choosing said modes prevents the Merc’s 9-speed automatic transmission from “hunting”, which usually happens in the Comfort setting. Having more ratios supposedly improves acceleration and fuel efficiency, but this is sometimes achieved by sacrificing seamlessness. 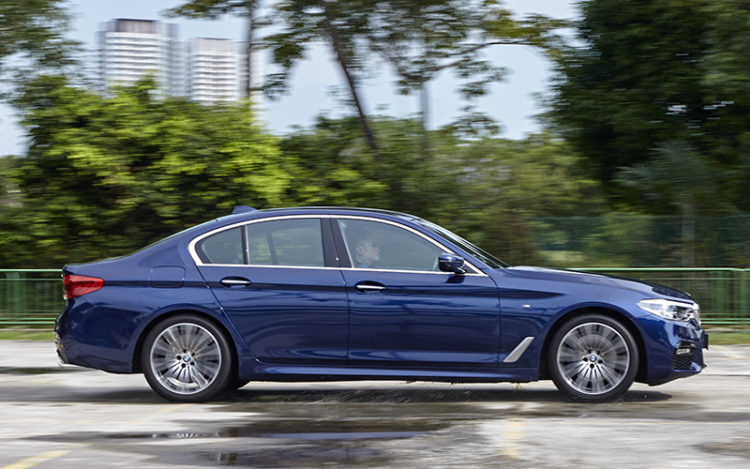 The 530i and its proven 8-speed automatic betray no such issues. Gearchanges, which are always swift and seamless, really make you question the need for a dual-clutch transmission.

Speaking of questions, it is time we answered the one that’s been burning from the start.

The 530i is clearly oriented towards performance, while the E300 emphasises comfort and refinement. But between these two rivals, it is the Mercedes that comes even closer to delivering the best of both worlds.

You’d never call the 530i unrefined. And no keen driver will complain about its athletic character. But we really feel that the cabin could use a bit more oomph in its design to impress buyers even more. 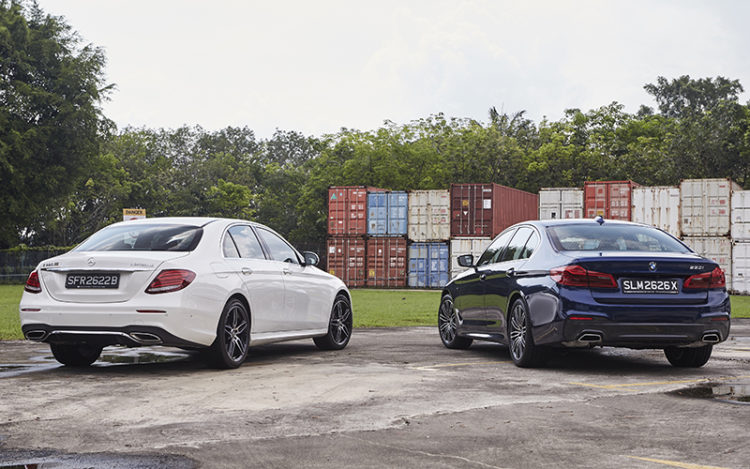 That’s what gives the E300 the edge in this clash. Yes, it prioritises comfort, but it can also still cope with the demands of keen drivers.

Throw in that fantastic interior and you have an executive saloon with an even more compelling blend of performance and luxury.