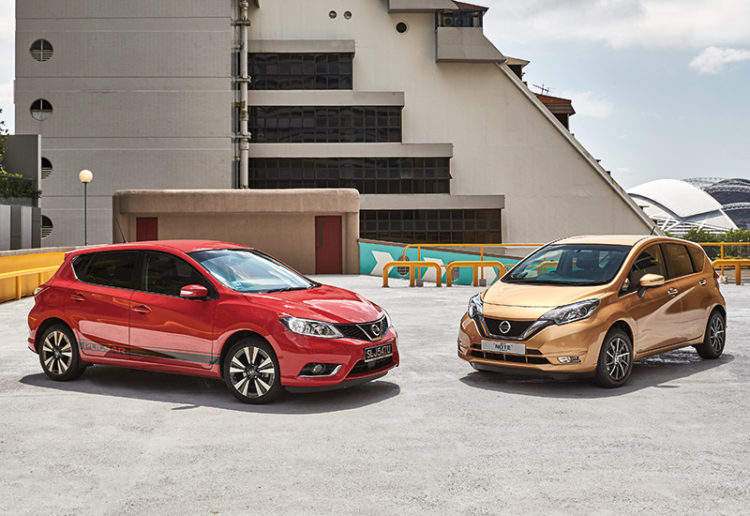 When the Nissan Note was introduced here in 2013, it was only the second supercharged Japanese model to hit Singapore’s roads since the Subaru Vivio RX-R.

But to many motorists, what made the Note noteworthy back then was its price. With COE premiums at stratospheric levels, the supercharged variant we tested (a cheaper naturally aspirated model was and still is available) had a whopping $140,800 price tag.

Today, the updated Note is no longer beyond the reach of supermini buyers. When this story first went to print, the range-topping supercharged DIG-S model you see here retailed for $81,800 (at press time). 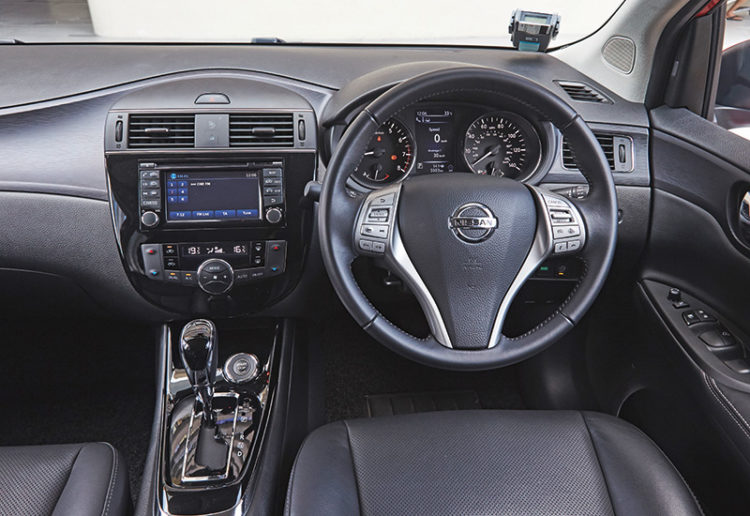 But before it can even compete with segment rivals, the Note must take on the Pulsar, its larger and more powerful sibling, which costs just $10k more.

Those of us who are of a certain age might remember that the last time the Pulsar was available as a hatchback here was in the 1980s, and that it was sold as a saloon in the 1990s.

The latest Pulsar, however, is nothing like its staid predecessors. In fact, it has the potential to lure buyers away from the Note. 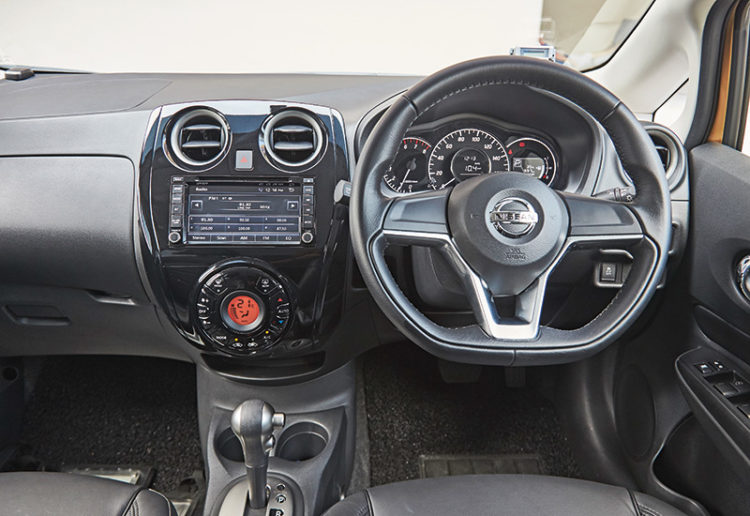 Note cabin impresses with its greater spaciousness compared to the Pulsar’s.

For starters, the Pulsar has a relatively punchy motor. Said unit is a turbocharged 1.2-litre 4-pot, which produces a healthy 115bhp and 165Nm.

The Pulsar’s design, though understated, is neat and attractive. And the Premium variant tested here is pretty well-equipped, too, boasting amenities such as dual climate zones and satellite navigation.

The Pulsar also has a tyre pressure monitoring system and Intelligent Trace Control, which is essentially a torque vectoring function. Pulsar’s turbocharged 1.2-litre 4-pot is a lot quieter than the Note’s 3-cylinder motor.

Inside the Pulsar’s cabin, you’ll find well-padded seats, as well as soft surfaces on the dashboard and door panels. Apart from the generous legroom, backseat passengers will also appreciate the rear air-con vents, which are indispensible in our climate.

Now, the Pulsar may be the bigger hatchback, but in terms of passenger space, it cannot compete with the Note.

Open the Note’s rear doors and you’ll be amazed at just how much room the rear bench offers. Even 1.8m tall occupants will have no trouble stretching out. And with the Note’s flatter rear floor, it’s even easier for three adults to sit abreast than in the Pulsar. 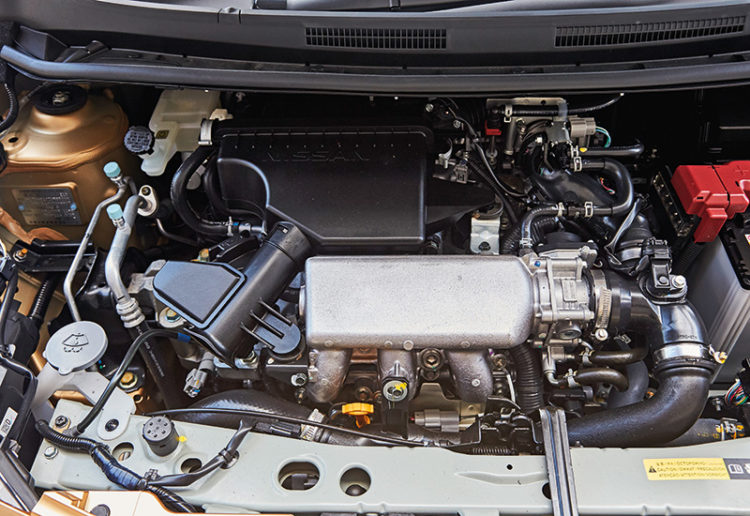 The Note costs less than the Pulsar, but it doesn’t lack too many features. The smaller hatchback still has a touchscreen-operated infotainment system and digital air-con controls, albeit with just one climate zone.

And perhaps to remind drivers that this model is supercharged, the Note now has a very sporty flat-bottomed steering wheel, which replaces the non-contoured one found in the pre-facelift model.

The output from the Note’s supercharged 1.2-litre 3-cylinder engine, however, remains unchanged at 98bhp and 142Nm. But its CVT’s gearing has been tweaked to enhance fuel economy and reduce CO2 emissions. The Note is now capable of 21.7km per litre and emits just 119g per km, versus 19.6km/L and 121g/km previously. 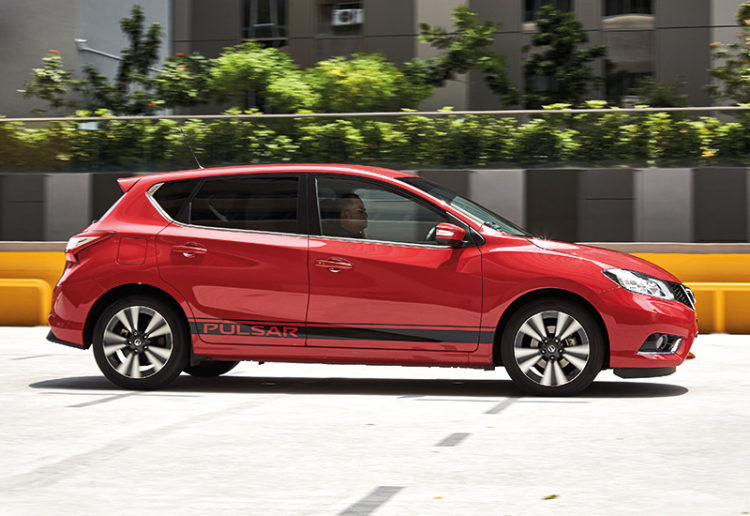 The real improvement, though, has been to the Note’s driveability, for the latest model finally has the vigour that its predecessor lacked.

Prod the accelerator and the Note responds so keenly that you’ll actually think Nissan boosted the engine’s power. It’s much easier to pick your way through traffic this time around.

The Note’s newfound verve is ironic, given the fact that it has features such as Eco Mode that retards engine and throttle responses, an Eco Indicator that tells you if you’re in the “green” zone, and an Eco Pedal guide that tells you how much pressure to apply to the throttle pedal for optimum efficiency. 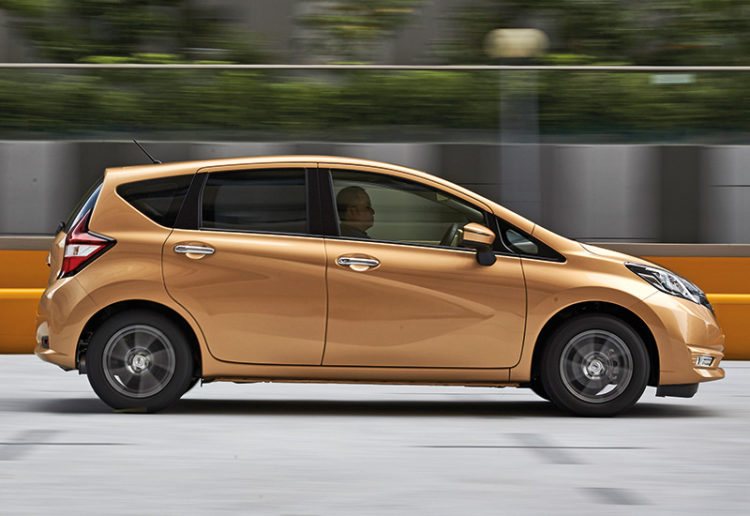 We expected the more powerful Pulsar to be the sportier drive, but instead, it impressed us by delivering a refined motoring experience with its creamy engine, well-judged ride/handling balance and smooth CVT, which is even more seamless than the Note’s.

So the Pulsar is notable for its cosseting abilities, while the Note now has the ability to raise pulse rates. Now that’s an interesting sibling rivalry indeed. 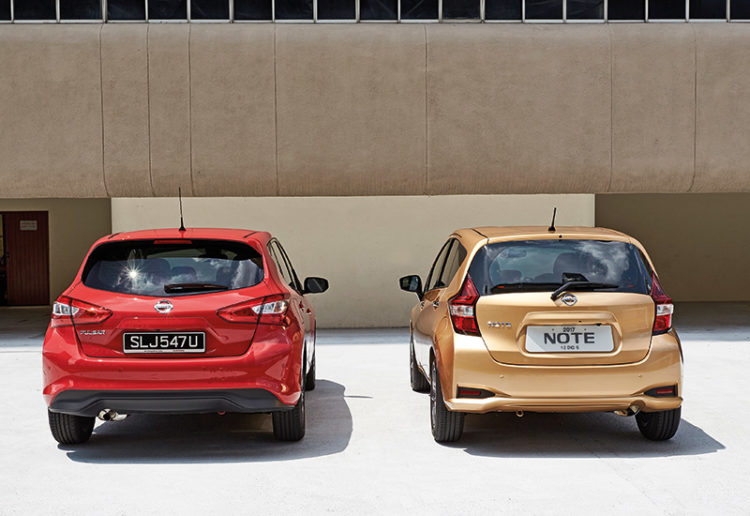