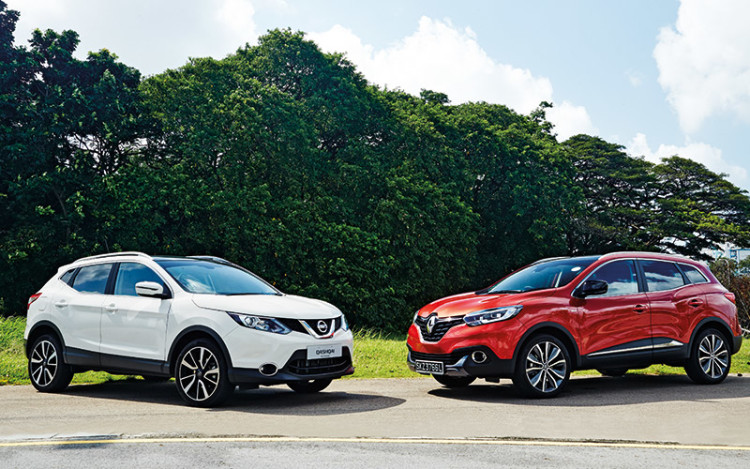 Sometimes in life, you may find yourself sharing much in common with a particular person, but there are enough differences between the two of you to result in contrasting personalities.

A common thread shared between two people (or vehicles) doesn’t mean there’s no room for individuality as well.

Take these two cars here, for example. On the surface, the Renault Kadjar and Nissan Qashqai appear to be very much alike.

Both are relatively compact crossover-type SUVs, catering to the lifestyle set with their practical design and useful setup.

Under the skin, they’re related, with both of them using the same Common Module Family platform that will underpin a variety of Renault-Nissan products in due course. 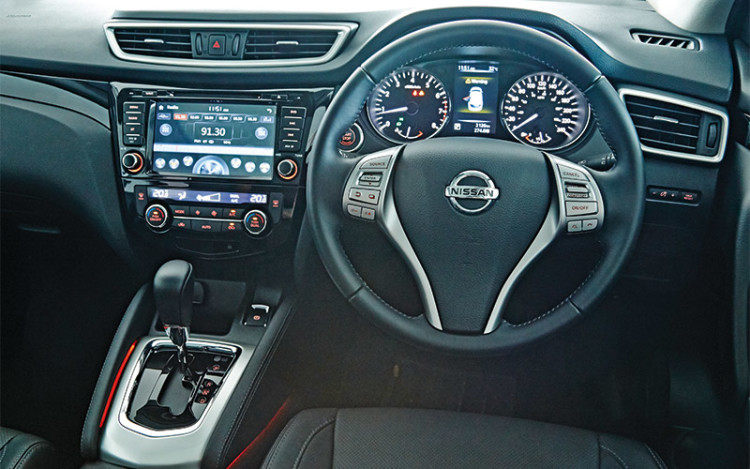 The two cars also share a “United Nations” background – the Qashqai is a Japanese car built in Britain, while the Kadjar is a French car made in Spain.

The Kadjar produces 110bhp and 250Nm, which seem a tad inadequate for a car of its size. The diesel engine generally does a decent job of moving the Renault around, but you won’t be going anywhere fast. Not helping the performance are the unresponsive, slightly spongy throttle pedal and the  transmission that tends to hold onto its gears for too long.

The Qashqai, with 144bhp and 200Nm, outscores the Kadjar through sheer numbers alone, but the Nissan’s extra oomph is also noticeable on the go. The Qashqai is a happier drive at the same time, thanks to its seamless CVT and greater responsiveness.

But the Renault beats the Nissan in eco-friendliness. The latter emits 159g/km of CO2, putting it in the neutral band of CEVS (Carbon Emissions-based Vehicle Scheme), while the former emits 103g/km, which earns a $15,000 CEVS rebate that brings the Kadjar’s price much closer to the Qashqai’s. 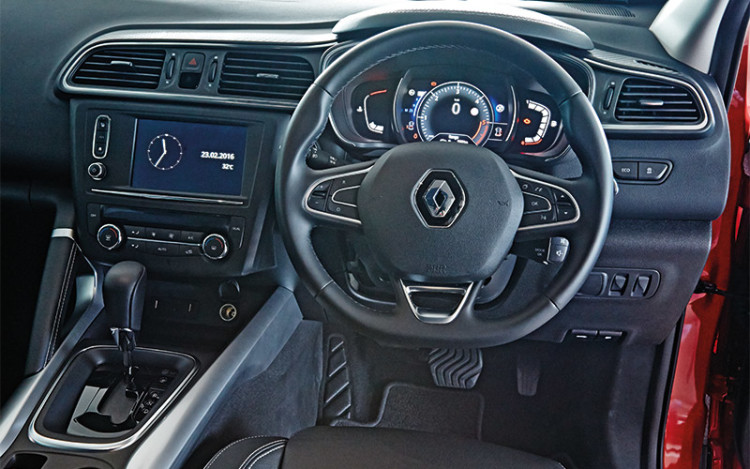 The Kadjar is also more fuel-efficient, and able to travel about 11 kilometres further than the Qashqai on every litre of fuel.

Neither car feels particularly sporty in its driving demeanour, but the Qashqai offers slightly more entertainment on the move. It tackles corners with a fairly neutral poise and tracks true to the intended path, assisted by the Active Trace Control torque vectoring system that brakes each individual wheel while cornering to aid agility.

The Kadjar is less agile and feels more SUV than crossover hatchback, with a noticeable amount of body roll/pitch as well as understeer, perhaps due to the overly soft suspension. But the Renault’s ride quality is higher than the Nissan’s.

The Kadjar is bigger than the Qashqai in all measurements except wheelbase, which is the same (2646mm) for both cars. Thanks to clever packaging and better use of interior space, the Kadjar seems to be even roomier. Its boot is more accommodating, too, with a cargo capacity of 472 litres, versus the Qashqai’s 430 litres.

The cabin of the Kadjar comes across as more practical, with helpful features such as the cargo compartment’s reversible floor (with one side waterproof) and the backseats’ quick-release folding. The Qashqai’s cabin is more conventional in its layout, with nothing more versatile than split-fold rear seats and the usual cubbyholes. 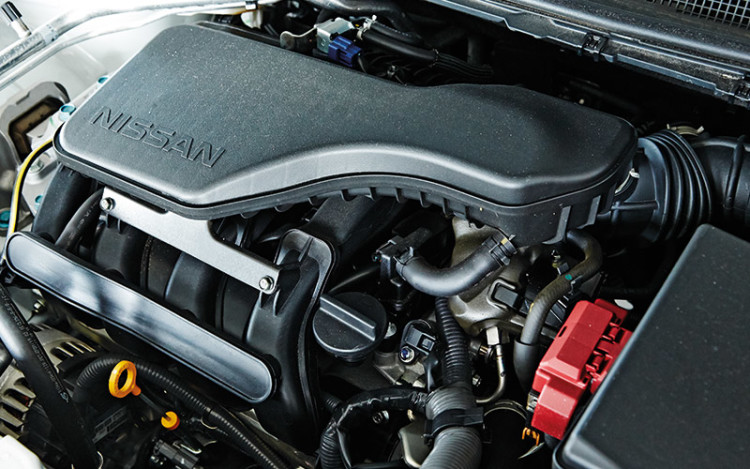 In terms of interior ambience, the Kadjar is funkier, with a customisable digital instrument cluster and a cool 7-inch touchscreen display with Renault’s nifty R-Link 2 infotainment system.

The Qashqai’s interior colour scheme is more sombre, with the blackness relieved by touches of silver in places. The Nissan’s touchscreen monitor is an inch larger than the Renault’s, but has fewer frills for the geek to play with.

The Kadjar is equipped with additional goodies in Bose Edition specification (as tested here) – handsfree automated parking, blind spot monitoring and, of course, the Bose hi-fi system, which has seven loudspeakers and a subwoofer.

Without the Bose Edition extras, the Kadjar costs $8000 less, but it would still cost a significant $9000 more than the fully equipped Qashqai 2.0 Premium. 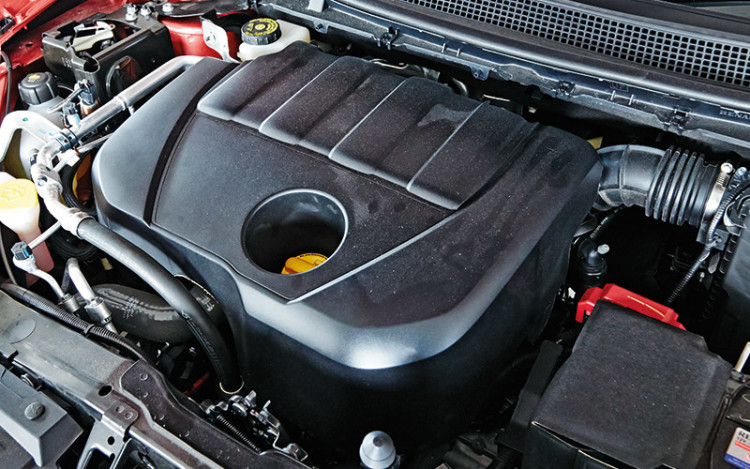 The Renault’s value proposition in Singapore would be a lot weaker without the $15k CEVS rebate.

Despite their sibling underpinnings, the Renault Kadjar and Nissan Qashqai appeal to difference audiences.

With every relevant factor considered, the Qashqai 2.0 is probably an even better all-rounder than its dissimilar French relative. 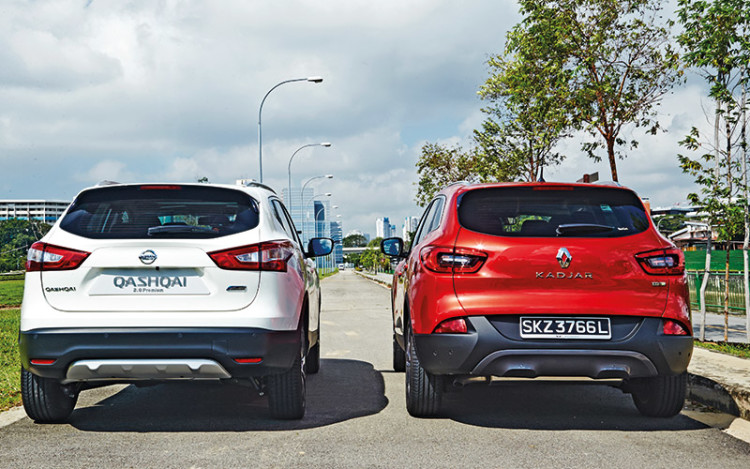