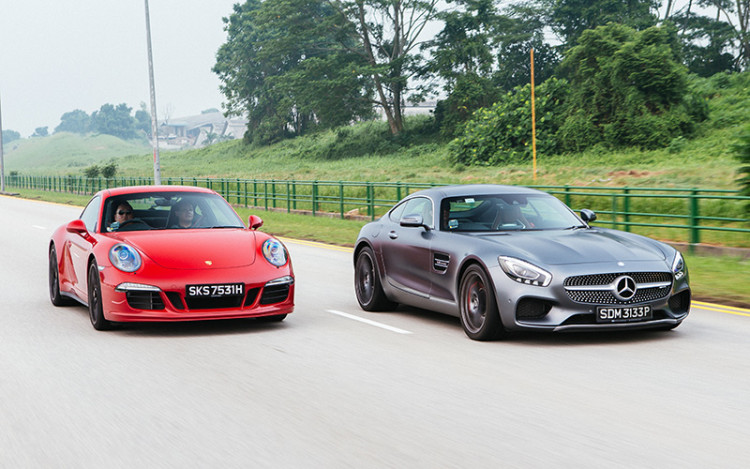 What happens when fire meets ice? Conventional thinking would say that the former will melt the latter. But if the ice is cold enough, it might just extinguish the fire.

The “fire” in this story is the 911 Carrera GTS, which sits between the Carrera S and Turbo models in the 911 lineup. Its athleticism is reflected in its fiery Carmine Red paintwork and aggressive-looking 20-inch wheels finished in Satin Black.

Also painted black are the 911’s air intakes, engine cover and tailpipes. The GTS also has a rear end that’s 44mm wider than that of the Carrera and Carrera S models. This added width not only endows it with better roadholding, it gives the GTS more flair on the road, too.

But when it comes to sheer road presence, the AMG GT S – the “ice” in this story – overshadows the 911 GTS. Within Mercedes’ model range, this automobile is the successor to the gull-winged SLS AMG, and is the tristar brand’s flagship sports car. 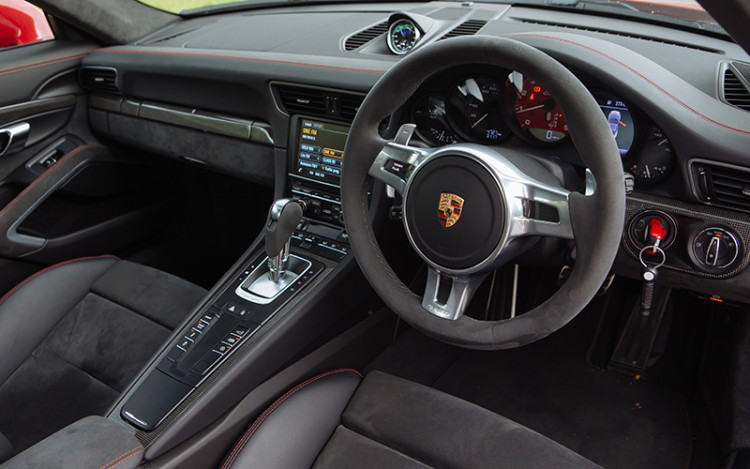 The cool yet dramatic looks of the AMG GT S stem from its “diamond-studded” grille, long bonnet and curvaceous rump. The fact that it sits really low to the ground further enhances its ready-to-race look.

The coupe’s cockpit is sensual, in an aircraft-like manner. Inside, you sit closer to the ground than in the Porsche, and feel more ensconced at the same time, thanks to the thick centre console.

The air-con vents resemble jet turbines, and there are various knobs and buttons as well. Not surprisingly, it takes longer to get the hang of the controls in the AMG than in the 911. 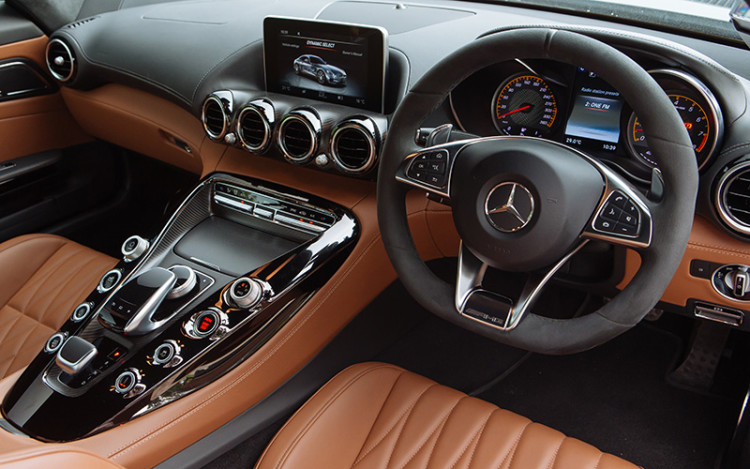 In contrast to the fiery exterior of the Porsche, its interior is relatively muted. Although most of the cabin is covered in Alcantara and there’s lots of red contrast stitching on the seats and dashboard, the overall feel is still sombre rather than exciting. The whole layout, however, is more intuitive than in the AMG. Even 911 newbies will have no problems driving off within a minute of getting behind the wheel.

While drivers might have to spend a few minutes figuring out the switches in the AMG GT S, they’ll be rewarded with a more customised driving experience. The AMG Drive Unit, for instance, lets drivers choose one of four settings (Comfort, Sport, Sport Plus and Race) that simultaneously adjust the engine, transmission, traction control and damper characteristics. There’s also an individual setting that lets users modify just the suspension settings.

Now, although the AMG GT S looks cool, its performance is red-hot. Motivating this sexy coupe is a twin-turbocharged 4-litre V8 that pumps out 510bhp and 650Nm. Instead of the turbos being mounted on the cylinder banks, they’re actually located within the “V”. Doing this results in a more compact engine that can be installed lower, too.

AMG models are famous/notorious for their exceptionally loud soundtracks, and this car does not disappoint. The V8 fires up with an intimidating roar, like a beast woken from its slumber. 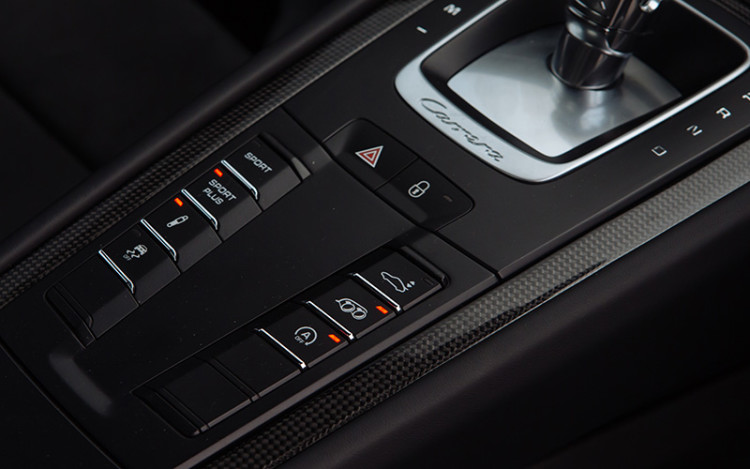 Piloting this vehicle is not only a heart-pounding experience, it’s an emotionally draining one, too. The throaty growl of the V8 and the meaty exhaust are the perfect accompaniment to this car’s powerful performance.

Controlling the 510bhp requires finesse, as the throttle is sensitive and the gearbox can be overly snappy. Point the long bonnet down a straight road, nail the throttle halfway and you’ll be angrily rocketed towards the horizon. If you’re not careful, the coupe’s 0-100km/h time of 3.8 seconds could also be how quickly your driving licence is taken away by the police.

The devastating performance of the AMG GT S makes the 911 GTS seem meek, but the Porsche is not to be underestimated. Behind its rear axle sits a naturally aspirated 3.8-litre flat-6 capable of 430bhp and 440Nm. Despite the lack of forced induction, it’ll still go from nought to 100km/h in four seconds flat. 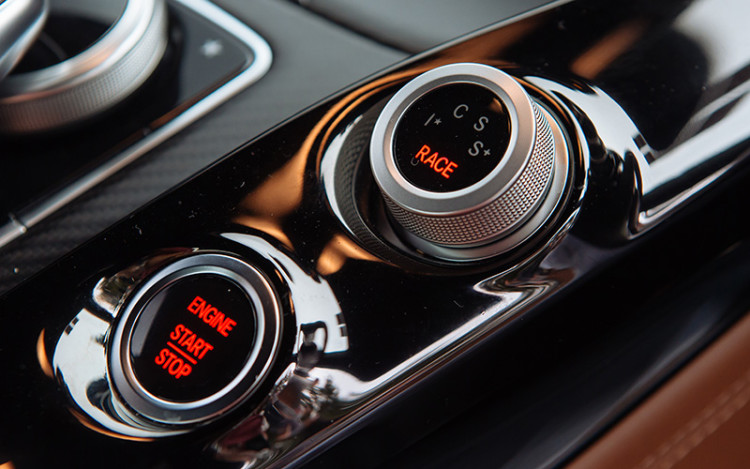 The 911 GTS isn’t as loud as its rival, but its vocals are no less stirring. There’s something titillating about the mechanical voice of its flat-6 and the gruff exhaust notes. The Porsche even has a more compelling overrun – the rough “crackle and pop” you’ll hear is truly racecar-like.