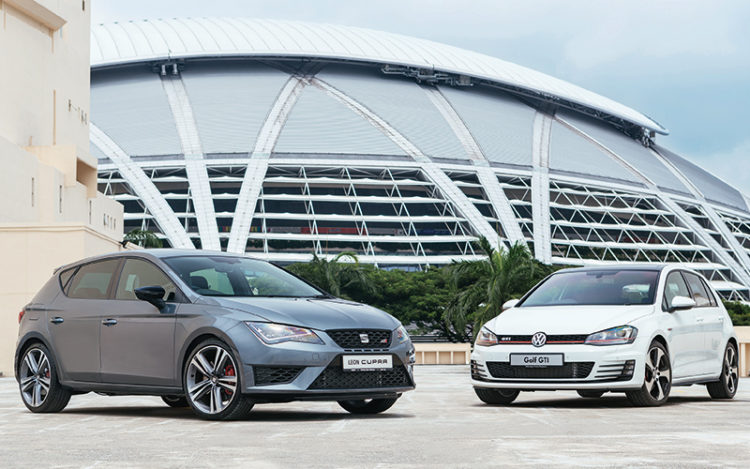 Volkswagen’s Golf GTI has been the pocket-rocket benchmark for the working-class petrolhead in Singapore since the Mk 5 of 2003.

In its current Mk 7 iteration, the go-go Golf is arguably the most complete car in its segment, with an excellent fun-functionality equation, great bang for the buck and “boyracy” good looks.

But being the hatchback to beat means the VW Golf GTI is used for target practice by various competitors playing in the same arena – Audi with its S3 Sportback, Ford with its new Focus RS, Honda with its grey-import Civic Type R, MINI with its Cooper S hot tots, Renault with its Megane RS, (defunct) Skoda with its Octavia vRS and Subaru with its five-door WRX STI.

The Golf GTI even has to contend with in-house competition from the Golf R. And now there’s another competitor, this time from the “house” next door in the Volkswagen Group domain – Seat with its Leon Cupra. 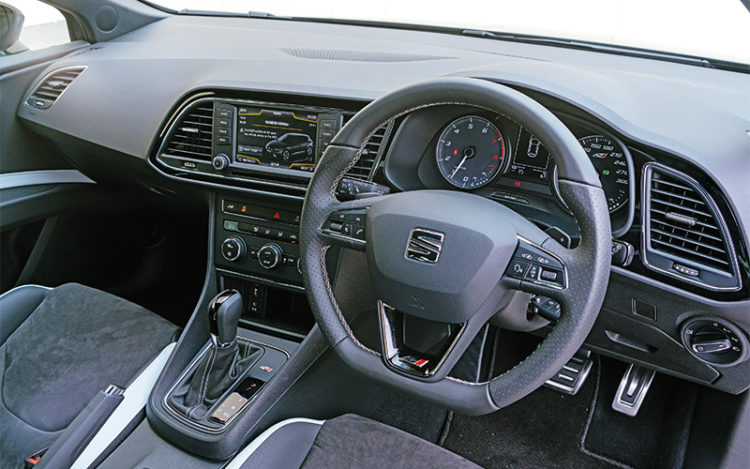 The Spanish brand returned to Singapore (after a 13-year absence) with a model range headlined by a lionhearted Leon, which is out to bite the Golf GTI and bait 10 buyers along the way. Just 10, because the Leon Cupra is a limited edition, according to the dealership, Vertex Euro Motors.

The two hatchbacks are around the same size and their wheelbases are just 3 millimetres apart, but the Leon is quite a bit wider and about 50kg heavier.

More noticeable, of course, is the Leon’s fiercer exterior – more curves in the body shape, more creases in the sheet metal, sleeker lights, sharper side mirrors in garang black and a perkier rump. The front end of the Seat even manages to out-honeycomb the GTI. 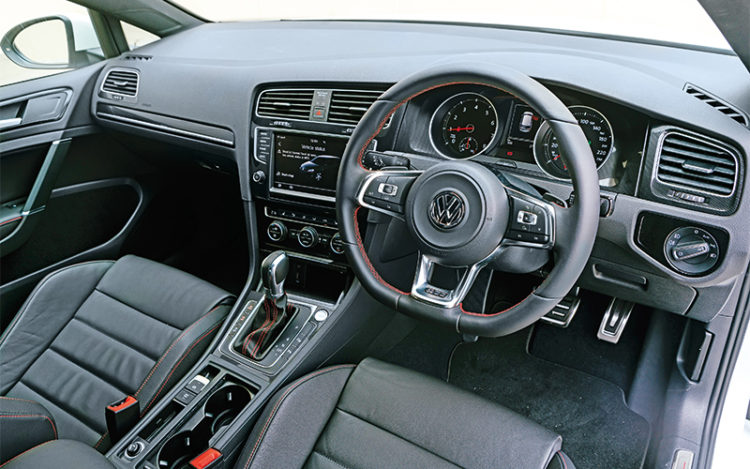 All four of the Cupra’s brake discs are ventilated, whereas only the Golf’s front stoppers are ventilated.
Both cars can stop promptly and reduce their speed equally effectively, but there might be a difference in a racetrack environment where the braking is fervent and frequent.

We’re much nearer to Simpang than to Sepang, so there are precious few opportunities to brake like a maniac and accelerate like a madman. These two machines encourage such behaviour, but one of them is even more encouraging.

The Leon Cupra puts the driver in the hot “Seat” and tells him so with an engine that idles restlessly, at over 1000rpm if the Sport or sportier Cupra drive profile is selected. The Golf GTI engine maintains a steady 800rpm idling speed regardless of drive mode or driver mood.

The Seat’s throttle pedal is also more sensitive to any flexing of your ankle, and it directs a turbo motor with significantly more power than the already powerful 220bhp Golf – 70bhp more, for a total of 290bhp. The extra energy gives the Leon a 25 percent stronger power-to-weight ratio than the Golf. 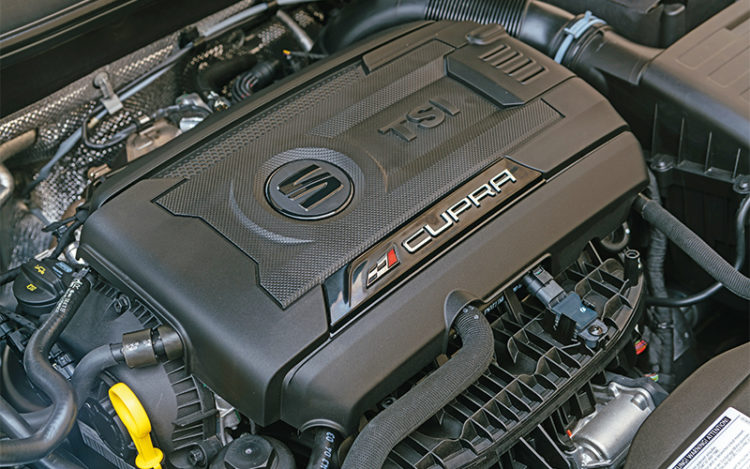 When pottering from point to point, those additional Barcelona horses aren’t galloping yet, so the speedy Spaniard feels no speedier than its German counterpart.

But the Cupra engine registers a more enthusiastic uptick from 2500rpm to 3500rpm, in contrast to the GTI engine which delivers a progressive flow of horsepower during part-throttle driving.

With a wide open throttle, the Cupra kicks off its flamenco performance – the fiery engine sings, the gearbox strums its six “guitar strings” quickly and the front 235/35 R19 Pirelli Zero tyres scramble for grip now and again. Feed the Spanish steeds’ need for speed and the spirited performance continues apace, threatening to leave the GTI in its exhaust wake.