Honda Accord hits all the right notes with saloon buyers | Torque
Loading posts... 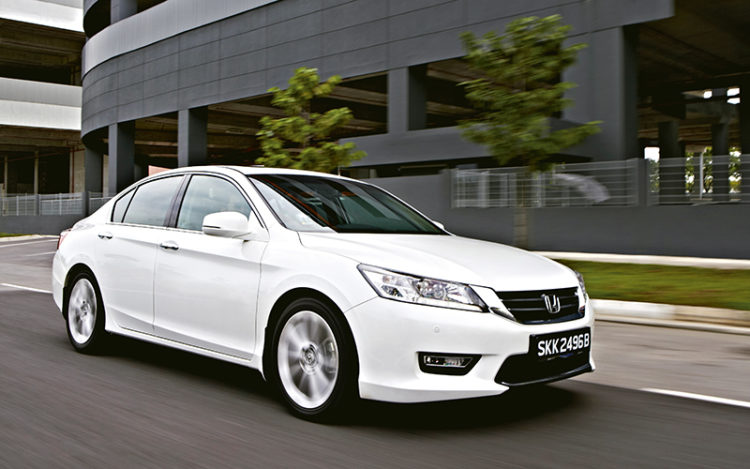 Music is more powerful than the written word, because one need not be literate to be inspired by what he hears. When stripped down to its bare essentials, a musical piece is a collection of notes that has been arranged into melodies. With the right rhythm and some meaningful lyrics, the piece might turn out to be a great song.

Honda’s engineers must have been thinking musically when they created this ninth-generation Accord, for it feels more “composed” than its predecessor. While the new car’s styling might seem unchanged, closer inspection reveals a sharper-looking face that sports LED headlights (though just for the low beam) and a better-looking rump. The new Accord also has a more planted stance, thanks in part to the standard 18-inch wheels. 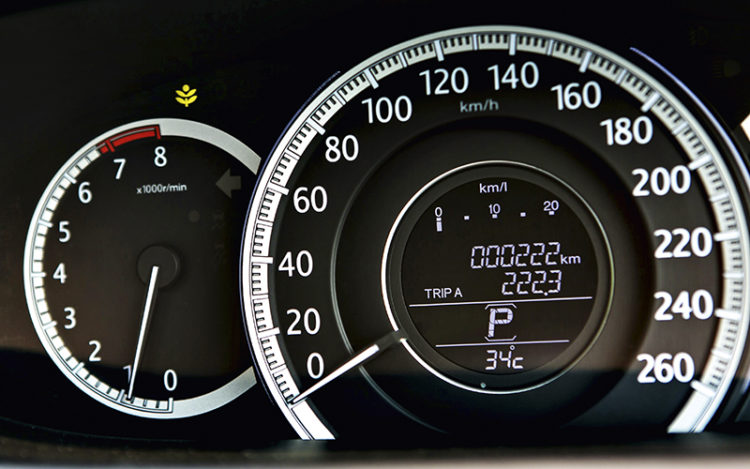 Now, while the wheels have gotten larger, the rest of the car is actually smaller than the previous model. Its overall length of 4890mm is 55mm shorter, while the wheelbase – a key factor in determining passenger space – has been trimmed by 25mm to 2775mm.

But amazingly, the cabin feels as roomy as ever, with few compromises made in the way of rear legroom. However, we did find that the previous model does in fact, offer more headroom. 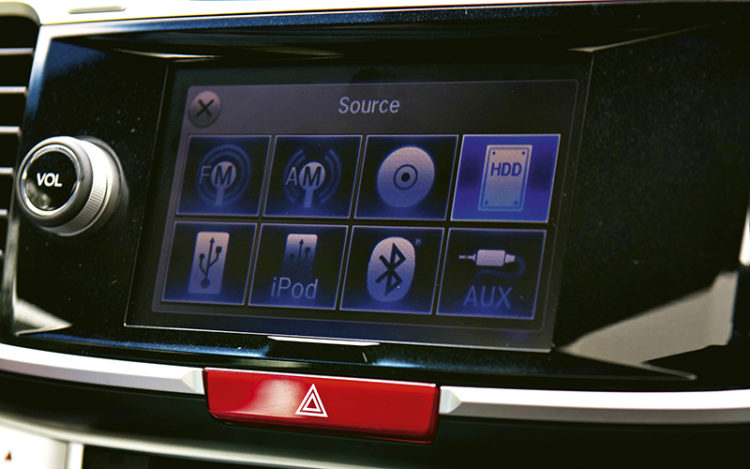 Meanwhile, sure to please drivers is the well-made cockpit, which is packed with lots of nifty features. Chief among these is the LaneWatch blind spot monitoring system. While other manufacturers utilise beeps, or warning lights located on the door mirrors to warn the driver of vehicles in their blind spot, Honda’s take on it displays a live video feed on the infotainment system’s screen.

The system, which oversees just the left side of the car (the bigger of the two blind spots when driving on our side of the road), is automatically switched on every time the left turn signal is on, although ironically, having to glance over at the screen may itself constitute a distraction. 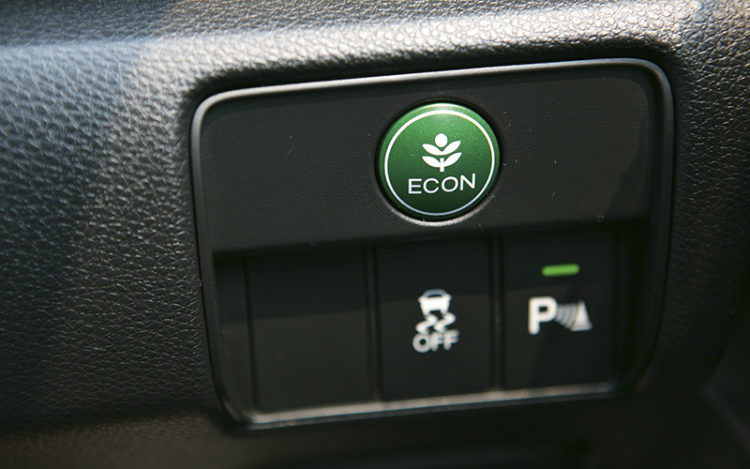 This system can also be manually activated via a button on the indicator stalk (useful for checking that the left side is clear before letting passengers alight). Equally neat is the car’s reversing camera, which lets the driver select from three different viewing angles to help him park.

The screen on which all the above action takes place has been revised as well, boasting a larger display and a separate, smaller touchscreen for menu navigation. Scrolling through said menus can also be done via the main control dial, which now supports multi-directional movements.