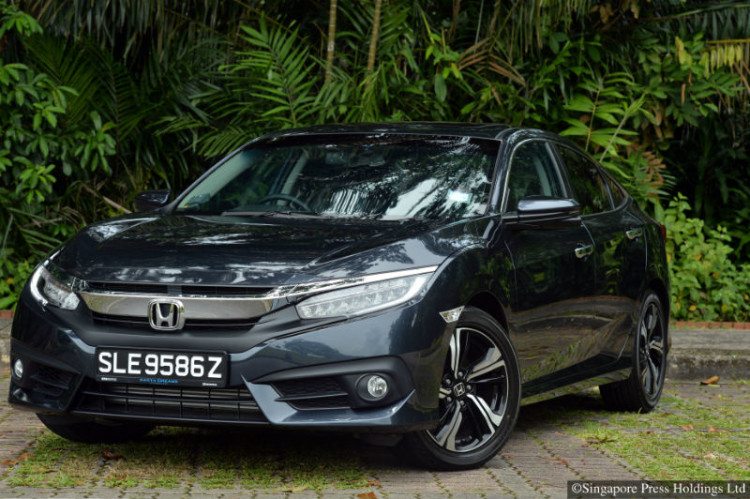 The Honda Civic is back and it looks ready to reclaim a void left by its rather unexciting predecessor.

The 10th-generation car is everything the previous model was not – stylish, modern, spacious, powerful and well-equipped.

In fact, the latest model is a blend of two of the most endearing Civics of all time – the sixth-generation version led by the sexy 170bhp SiR and the elegant eighth-generation sedan, which raised the bar on comfort and roominess in its segment.

With 173bhp and 220Nm on tap from a tax-friendly 1.5-litre engine – thanks to high-boost turbocharging – the new Civic has plenty of go.

While not as quick as the high-revving SiR of old, it delivers an 8.6-second century sprint time. That is highly respectable for a family sedan that is longer and wider (but lower slung) than the Toyota Corolla – the other standard bearer.

It is substantially quicker than the non-turbo Corolla, as well as the Volkswagen Jetta, another four- door contender with a slightly smaller turbo engine.

The Civic is an immensely driveable car, owing largely to its extremely willing engine, highly responsive throttle and a continuously variable transmission which feels more like a dual-clutch gearbox.

At 4000rpm, memories of the Civic’s sporty past come flooding back. The performance is dished out with a lot more refinement and predictability this time. 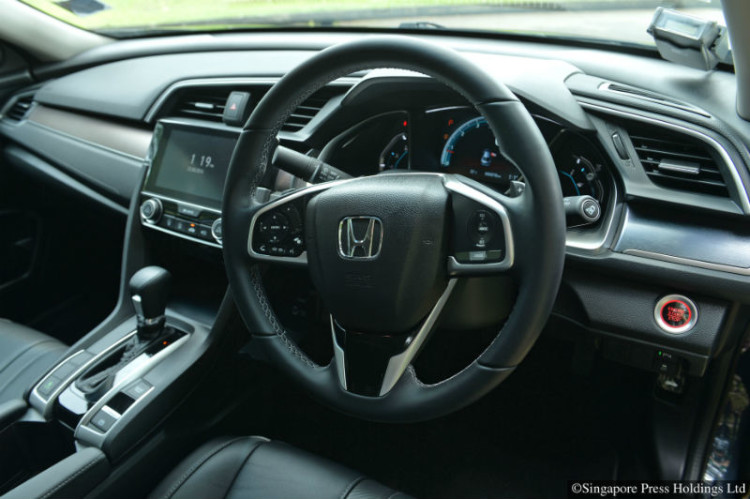 It is pleasing to the ear too. Pile the revs beyond 4500rpm and the engine remains composed while belting out a stirring note, which sounds even better than that of the new Mercedes-Benz E200.

Its chassis is extremely well sorted, offering a good compromise between ride and handling. While a little starchy at low speeds, its steering comes into its own at higher velocities. It is prompt, precise and exerts a tight rein on the sizeable Civic in all situations.

Inside, occupants will find more than ample space. Rear headroom is outstanding despite the car’s fastback-like rear windscreen. It would have been even better if it had a flatter floor, though.

The boot is enormous, thanks to a longer-than-usual rear overhang. This is perhaps the least sporty aspect of the Civic’s design, which on the whole is sharp, confident and contemporary.

The interior is aesthetically pleasing too, with decent fit and finish and a well-laid-out cockpit replete with nifty features. These include a keyless system, electronic parking brake with self-release and automatic hold function, steering- mounted cruise control, touchpad-style volume control and dual-zone climate control with rear vents.

Taking centre stage is a 7-inch infotainment touchscreen with a novel feature. When you signal to turn left, the left-rear view is projected on the screen. This eliminates all anxiety associated with what is easily the biggest blind spot on the road. It would have been better if the camera could compensate for low light because it is not very useful at night.

The Civic is also available with a 1.6-litre non-turbo engine. But the 1.5 turbo is the one to have, even if it costs more. Besides superior performance, the car has LED headlamps and tail-lamps, 17-inch wheels (16 for the 1.6) and a rear spoiler Civic racers of old would approve of.

Restyled Mitsubishi Eclipse Cross looks sharper than before
This site uses cookies to help us serve you better. By continuing to explore our site, you accept our use of cookies.I Accept