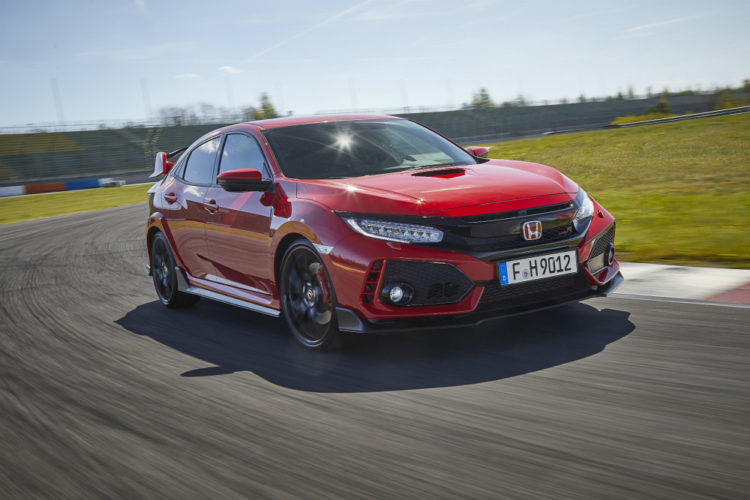 “You will come out of the car with a very, very big smile,” says Mr Yuji Matsumochi, assistant project leader for the powertrain of the new Honda Civic Type R, at the end of his product presentation.

After my action-packed test- drive of the hot hatch on Germany’s autobahns and the EuroSpeedway Lausitz racing circuit, I was not the only one with a smile. My inner “Ah Beng” was smiling too.

We were already grinning when we saw the vehicle in the metal for the first time because it looks delightfully “beng” (loutish in Hokkien).

The shapely five-door hatchback is bristling with splitters, slats and air ducts and brandishing a dramatic rear wing. Equally eye-catching is its set of three tailpipes, protruding from under the rear bumper like banzai bazookas.

Completing the “Far East and furious” get-up are 20-inch black alloy wheels and flashes of red from the brakes, badges and bodywork accents. Pick the bright red paintwork if you wish.

The Type R’s relentless redness continues inside the cabin. The colour adorns the seats, seatbelts, steering wheel, dashboard, door cards and gear lever. Even the floor mats have red trimmings.

Having driven old Honda Type Rs which revved sweetly to 9000rpm, I was unimpressed by the new tachometer’s 7000rpm marking – until I drove it. The tacho needle does not just spin round to the red zone – it also sprints there, as instructed by the electronic throttle and the driver’s right foot.

There are three pedals in the footwell and a 6-speed manual gearbox in the centre console. The titanium gear knob is a terrific piece of automotive art and the throw of the gear lever is wonderfully short. But the engagement of gears in their gates could be snappier. 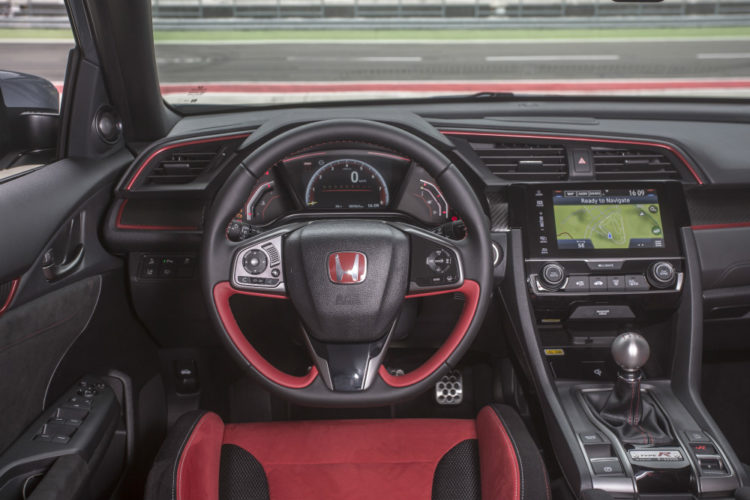 This hardcore hatchback does not offer an automatic transmission option. What it offers instead is a rev-matching function, which blips the engine during downshifts (while braking) to smoothen the gear changes, like heel-and-toe footwork would.

If the driver prefers to do the rev-matching himself, he can switch off the function. But to do so, he needs to stop the car, engage the parking brake and tap through a few sub-menus in the infotainment system.

The best entertainment, of course, is provided by the excellent engine. The 2-litre unit has been turbocharged to produce 320bhp and 400Nm – nearly double what the 1.5-litre turbo Civic produces.

Unlike classic, naturally aspirated Civic Type Rs (1997 and 2007 models), the new model does not give the driver a VTEC (Variable Valve Timing and Lift Electronic Control) “second wind” when the engine revs get high enough. Instead, it is gale-force torque all the way to the rev limiter in every one of the six gears, with persistently strong power that hurls the Honda to serious speeds.

On an unrestricted stretch of autobahn, I saw 250km/h on the speedometer and the top gear still had another 1000rpm to go.

This fast hatch has fantastic handling too, especially in its sportiest driving mode called +R. This mode turns the Civic into a part-time track machine with even tighter grip on the tarmac, even quicker responses and ridiculously heavy steering.

On a race circuit, the car is thrilling, but tiring. Back on public roads, the car is still pretty taxing because of its stiff ride, all the noise and the endless encouragement to drive faster like a boyracer. 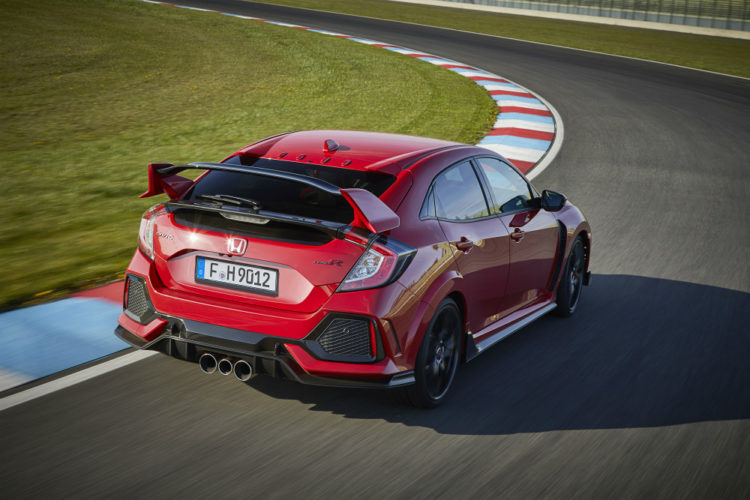