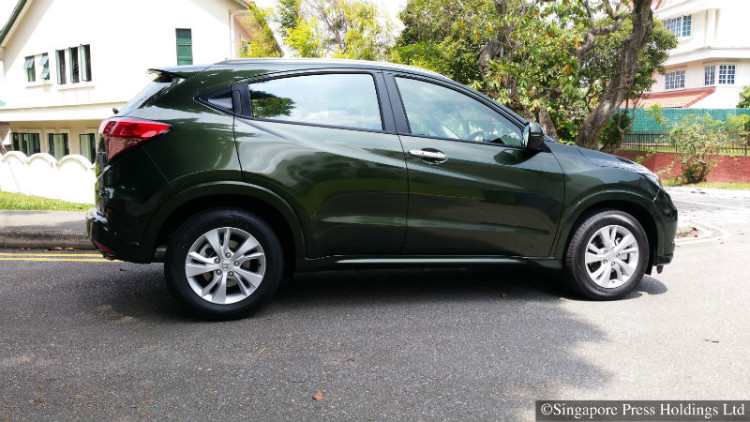 When Honda agent Kah Motor launched the HR-V crossover last year, it was a case of David going against Goliath – minus the slingshot.

The HR-V was Thai-made, less powerful, thirstier and costlier compared to the equivalent Honda Vezel, which was parallel-imported from Japan, more powerful, more economical and substantially less expensive.

To make matters worse, the Vezel had a head start of more than a year. As expected, the HR-V was no match for the Vezel.

Honda has however decided to replace Kah’s Thai-made car with the Japanese model in a facelift, which just arrived. While it is still called the HR-V, it is not the same car as before.

At the wheel, the latest HR-V feels a tad more energetic and spontaneous, especially at lower speeds. It revs more freely, with a throttle response that is smooth and linear.

Honda, however, says the car’s zero to 100km/h timing remains unchanged at 11.8 seconds, even if it does feel quicker than that in real life. This could mean that the power plant is tuned more for efficiency than performance in day-to-day situations.

The latest HR-V reaches a higher top speed of 181km/h though, up from 179km/h previously.

On the road, the HR-V is breezy and agile enough 80 percent of the time. The other 20 percent makes you wish it had a nice beefy turbo like its Civic sibling.

The car offers the same high level of practicality and versatility for a compact crossover.

On-board features that make it stand out from the crowd include cruise control (with easy-to-use steering-mounted switches), electronic parking brake (with automatic release and hold functions), and a 7-inch infotainment touchscreen that doubles as a reverse camera monitor.

The higher grade LX variant has body-coloured bumpers and wheel arches. It has roof rails, as well as more airbags – front, side and curtain. The lower grade DX variant has only front airbags – the same as in the Thai-made HR-V.

In essence, the Honda crossover is a more complete car than it was before. But what will seal the deal is its competitive sticker prices, which start from under $110,000.

The previous version (arguably, a lesser car) was about $145,000 – more than $20,000 higher after discounting the difference in COE premiums. The price is also close to what parallel importers are charging, even though the open-market value of Kah’s car is slightly higher.