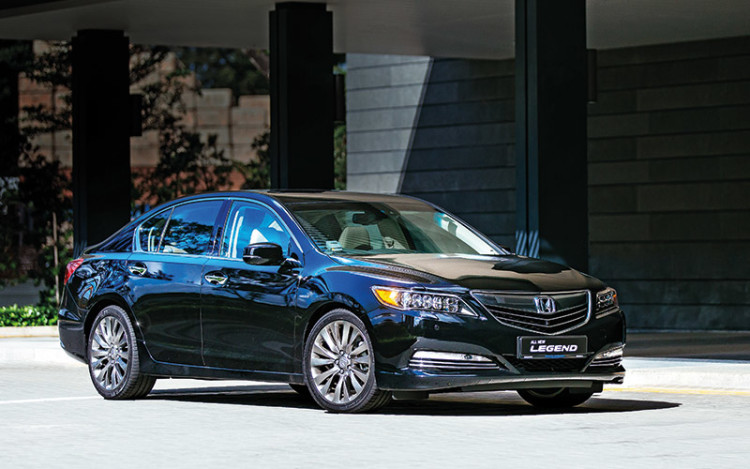 Some 30 years ago, after making excellent small cars for decades, Honda moved upmarket by creating a “legendary” bigger brother to the hugely successful and widely acclaimed Accord.

The first Legend arrived here in 1986 with a V6 engine and Singapore’s first “SRS Airbag”, which totally baffled the homologators. Thus, it took a while for the car to be certified as road-legal in Singapore because, apparently, the “explosive charge” in the airbag deployment system was a major concern with our Registry of Vehicles.

When the Legend finally reached the local dealership, it was the biggest car on display at the showroom of Kah Motor and the most luxurious Honda ever.

Despite the high specification, spacious interior and 6-cylinder engine, that original Legend was never a hot seller here. It was the same story with the subsequent two generations, and then it was taken off the dealer’s price list. Now, the name is back in business.

Nearly a decade after the last version was sold here, the fifth-generation model has been launched in Singapore. Do not mistake it for an upmarket Accord, as this flagship brims with the best technology Honda has in its inventory right now.

Unusually for a hybrid, the theme of the latest Legend is a combination of sportiness and luxury, with a healthy dose of efficiency thrown in. Fuel consumption is claimed to be 7.2 litres per 100km, which equates to 13.9km per litre. 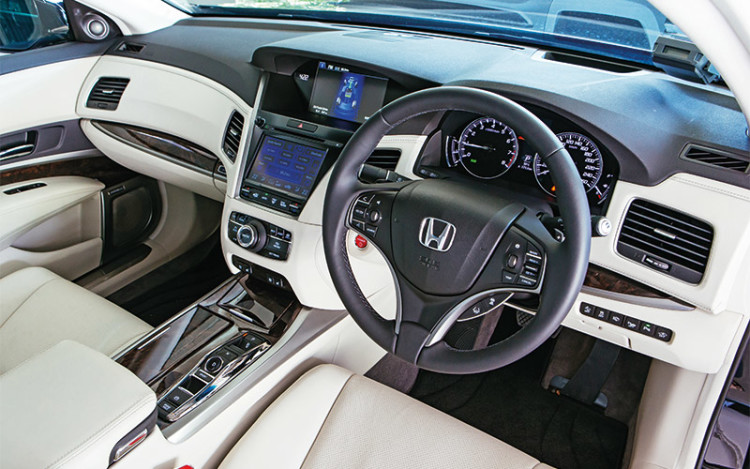 In addition, the car comes as standard with so many passive-safety and driver-assistance features that there is little on the options list.

The most interesting aspect of this vehicle is its hybrid drivetrain, which is different from what we have seen in other hybrids so far, mainly because there are three electric motors in total, with an emphasis on performance.

The main power unit is a front-mounted 3.5-litre, 308bhp i-VTEC V6 that can switch to 3-cylinder operation when power demand is low.

Fitted inline with the V6 and its 7-speed dual-clutch transmission is a 35kW/48bhp electric motor that can transmit power to the front wheels independently or together with the engine.

At the rear, each wheel has its own electric motor, individually controlled to provide drive torque, energy recuperation, reverse torque or (when declutched from the motor for free-wheeling) even zero torque. 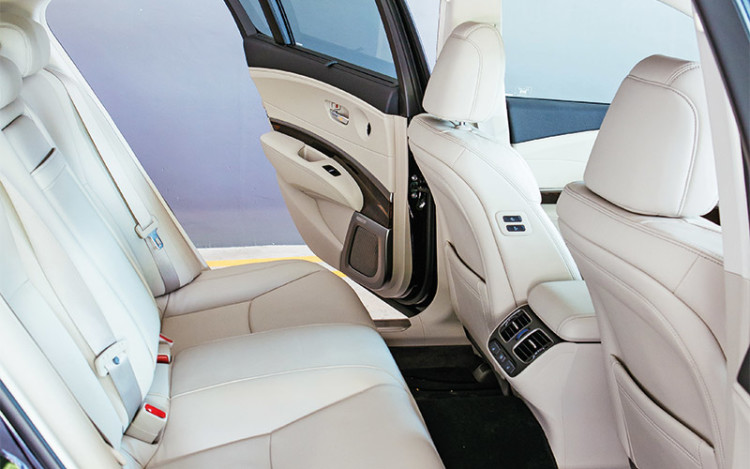 In pure electric-vehicle mode, the car can be driven with just the electric motors, powered by a bank of lithium-ion batteries.

In addition to providing electric power, the rear wheel motors make the Legend an all-wheel-drive vehicle without having either a centre differential or one at the rear, while the resulting torque vectoring capability enhances the automobile’s dynamic agility. And it all works rather well.

Despite a sizeable footprint (length 5m and width 1.9m), and a kerb weight of over 1.9 tonnes, this car is quite a hoot to drive fast, mainly because its responses make it feel a lot smaller than it is.

Unless you select the power distribution graphics on the head-up display, you’ll never know how the various activities are taking place in the powertrain. 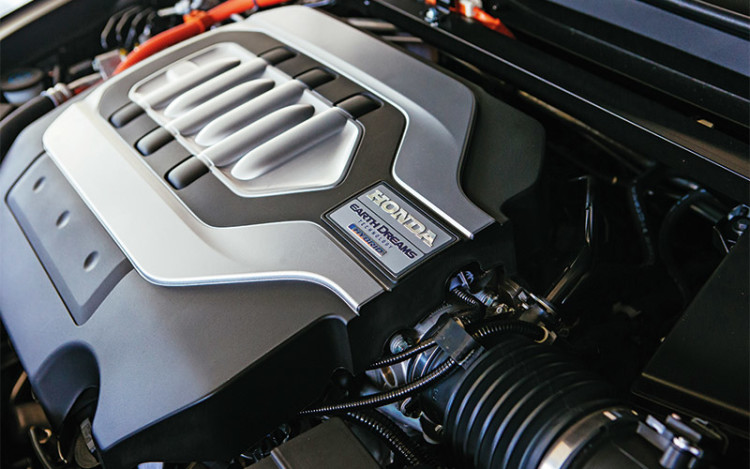 Legend has it that this multi-mode 3.5-litre V6 Honda hybrid powertrain is absolutely brilliant.

Even on damp surfaces, the car refuses to lose traction, be it in a straight line or through curves.

With a total of 382bhp available when all three motors are boosting the V6 engine, the Legend displays a very different character from its otherwise calm and refined nature. At full throttle, it will sprint effortlessly in true VTEC form.

There is a driver-selectable Sport mode that changes the way the gears change up or down, and adjusts the electrically assisted steering system for a sportier drive.

The double-wishbone/multi-link suspension relies on conventional springs and dampers, so there is no provision for the driver to stiffen the suspension. It is nonetheless a fine compromise between ride comfort and handling. 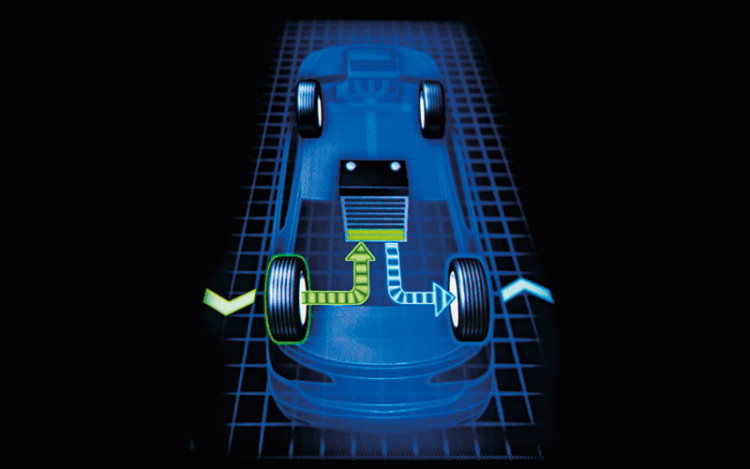 Most diligent of the safety equipment is CMBS, which not only applies braking but also slaps the accelerator pedal back at your right foot if you approach the vehicle in front at a speed considered unsafe by the system’s control unit.

There is also radar-based cruise control, which integrates information from the car’s cameras to warn the driver should he/she drift across lanes without the indicator activated, or when a motorcycle is lurking in its blind spot.

As a flagship saloon, the Legend certainly possesses the comforts expected from this “high” class of cars, such as 14-speaker multi-feature hi-fi entertainment (by Krell), a multi-function display, electrically adjusted and air-conditioned front leather seats, triple-zone climate control and even privacy screens for the rear windows.

The cabin’s roominess and ergonomics are excellent, although the gear selector buttons (instead of a lever) take a little getting used to. What the interior really lacks is a unique style that a flagship deserves. As it is, this automobile’s interior is plain boring compared to the exciting drivetrain.

Which brings me to the even less exciting exterior design. Besides its eight pairs of LED headlights, this car is as nondescript as any large Japanese or Korean saloon. Without looking at the “H” badges on the grille and boot lid, no one would be able to identify it as a Honda. 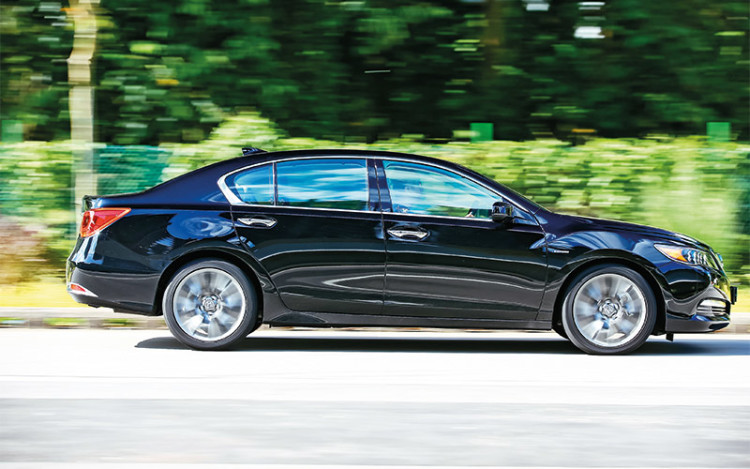 The Legend’s performance and handling attributes are more memorable than its styling.

Just as well, then, that this new Legend’s Sport Hybrid All-Wheel Drive (SH-AWD) system and chassis do not just put it ahead of the competition in terms of technology and capability, they also give it levels of performance and dynamics that are rarely seen in this category.

Even so, with its $354k price tag, the newest Legend has an arduous task of taking on the deluxe saloon establishment – hybrid or otherwise.