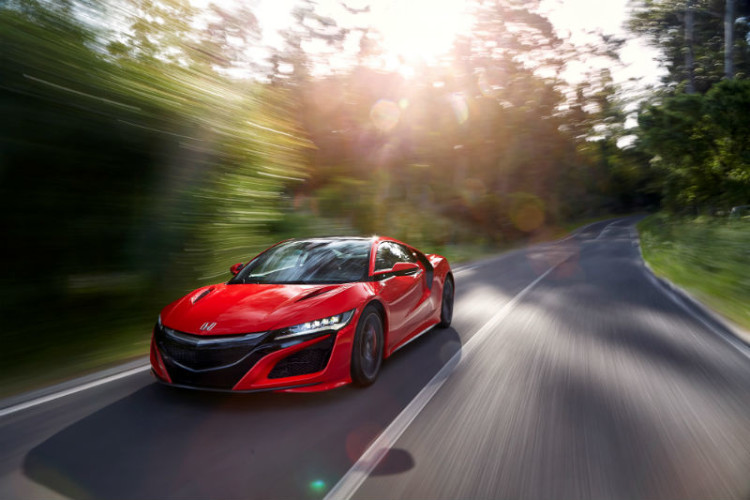 I drove Honda’s first NSX a quarter of a century ago, clocking 140km/h on a test circuit – a pretty respectable pace in an era when a Porsche 911 took longer to hit 100km/h than a Golf GTI today.

For years, it remained the highest speed I had attained at the wheel.

The second-generation NSX took me to 209km/h on the long straight in Portugal’s Estoril race circuit over the weekend (and somewhat faster elsewhere).

It is not the fastest car I have driven, but the new NSX gets the adrenaline flowing nonetheless. If nothing else, it is among the quickest production cars from zero to 200km/h today. No official data is available, but a half-day track experience and another half day on the road provided sufficient in-seat evidence.

It is also the friendliest and cushiest car in this superlative league – a plus it shares with the first NSX.

That is about the only common trait between the two cars you will find, though. Sure, it has an extensively aluminium construction (its predecessor was the first all-aluminium sports car) and it also has a V6 engine. But just as today’s 911 is a different animal from the 911 of old, the new NSX bears little resemblance to its predecessor in looks and in performance.

The new car is a petrol-electric hybrid designed by American Michelle Christensen – the first woman to style a supercar – and made in Honda’s plant in Ohio.

It has a 3.5-litre twin-turbo V6 assisted by one rear and two front motors. Together, they make 580bhp and 646Nm, regulated by a nine-speed dual-clutch gearbox.

While the car reaches maximium velocity in eighth gear, it is able to cruise in ninth at 90km/h. Like all modern hybrids, it is also able to move on battery juice alone in light-throttle situations.

The motors are not just power boosters and carbon mitigators. They provide extra cornering stability and optimal traction, too. This is evident when you activate Launch Control for unbridled blast-off (easy in the NSX, incidentally). The moment you release the brake pedal, the car shoots forward with zero wheelspin, zero hesitation.

The acceleration, said to exert a force in excess of 1-g, induces lightheadedness. Within 500m, the speedometer needle is pointing at 170km/h. 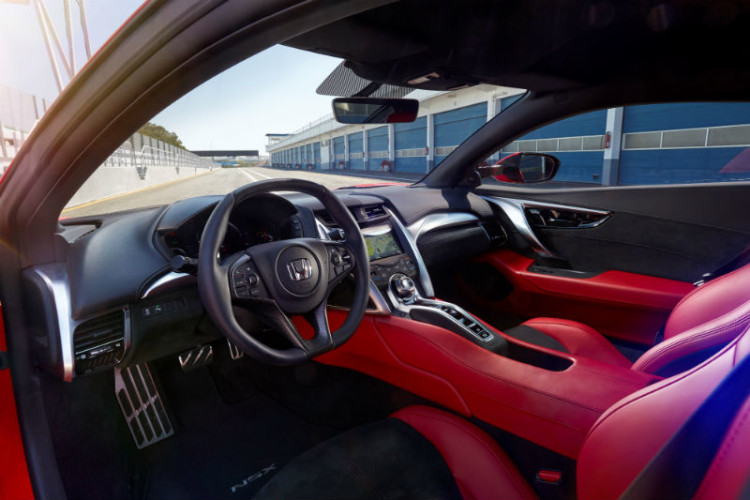 The NSX’s carbon-ceramic brakes bring the car from 200km/h to 50km/h with minimal fuss and maximum stability. But after a few laps with a professional driver at the wheel, one test-car had a bit of brake fade. All was well after a cool-down lap, though.

The mid-engined car feels almost effortless around the Portuguese circuit and is best driven in Sport+ mode if you do not race for a living. Its suite of aerodynamic fins and vents as well as a completely flat undercarriage, keeps turbulence at bay and add downforce at high speeds.

Its magnetised adaptive dampers ensure rubber and bitumen are well acquainted at all times. And those electric motors in front counter forces which threaten to send you off-track. In fact, you feel the car is almost pulling you into corners, allowing you to re-accelerate sooner.

At the same time, the NSX’s variable ratio steering allows you to negotiate even the tightest hairpin without crossing hands. While I prefer a slightly weightier feel at the helm, I have no complaints about how the car responds to steering inputs.

On the road, the Honda continues to prove its mettle. Even though it is never meant to tackle serpentine mountain passes with the agility of a pocket rocket, the broad-bodied NSX puts on a convincing show.

At times, its relatively high kerb weight of around 1.8 tonnes shows, and you feel like it is a bit of a handful around nastier stretches. But despite being shod with lesser tyres than the race-track testers and, the the public tarmac being less well-paved than the race track, the NSX refuses to yield to physics.

It mostly succeeds, even if it is at the expense of ride quality. At velocities which were not possible on the race track, the steering’s lightness also became obvious, with the helm’s disconnect to the outside world growing with speed.

Even so, the NSX continues to instil awe. It dishes out lethal acceleration in the most painless manner. And whether on track or off, it always seems to be in the right gear, so much so that its paddle-shifters are left largely untouched.

If you are a collector with an eclectic taste, you should give this car serious consideration. If history repeats itself, the next one might not come before 2040. 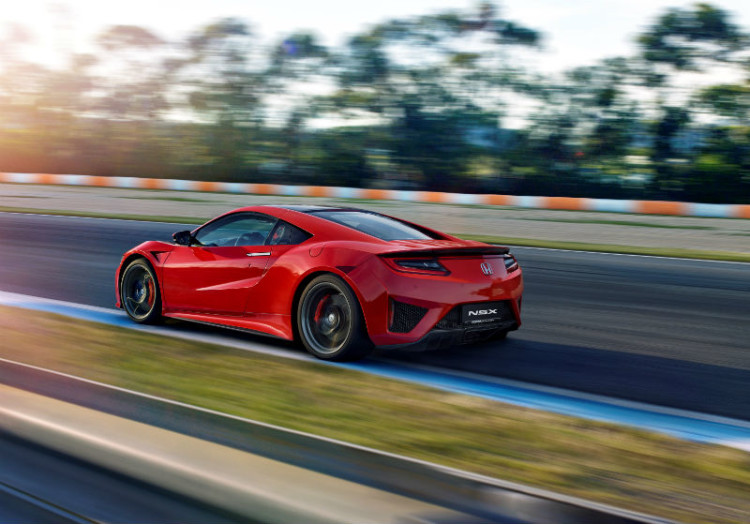