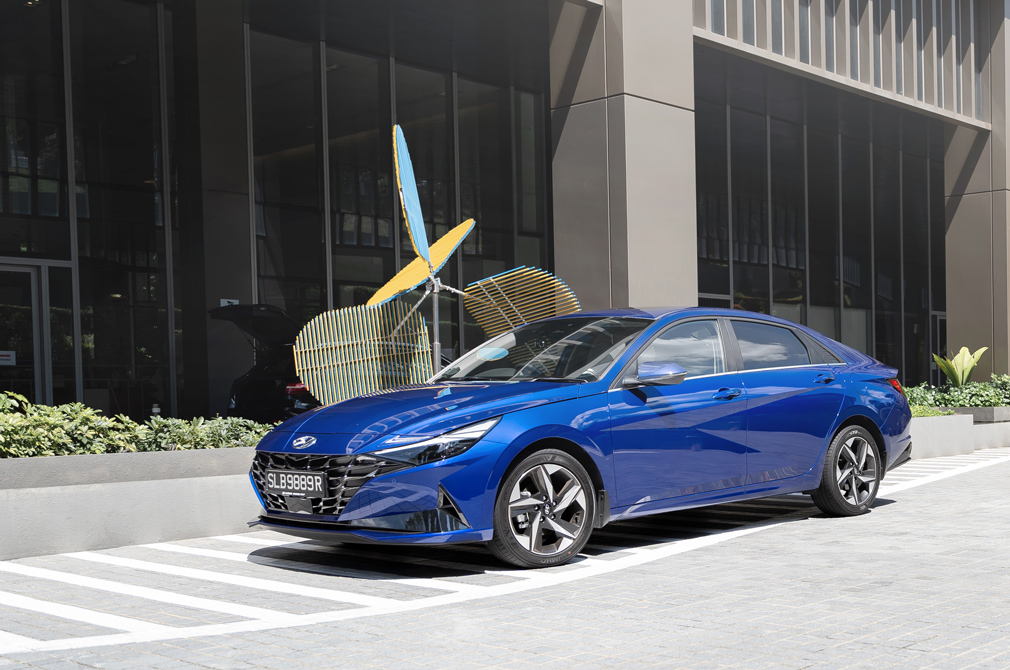 Korean automaker Hyundai has had a reputation for making techy but plain-looking cars for some time now.

Mention that you drive a Hyundai and more often than not, you’ll be regarded as pretty sensible, but just a wee bit vanilla. (We’ll ignore the red-hot i30N for this comparison for now.)

Not anymore. The Korean chaebol wants to put more kick in its kimchi and has embraced a (literally) cutting-edge design, beginning in Singapore with the seventh generation Hyundai Avante.

With more creases, cuts and folds than you can shake an origami crane at, the new, bolder Hyundai Avante is a head-turner from every angle – not something which you could say about its predecessors.

Built on a new third-generation platform that increases rigidity and decreases road noise, the Avante is also longer, lower and wider than before, adding to its sleeker stance.

Shod with Hyundai’s new “Parametric Dynamics” design, it represents the company’s effort to stay ahead of the compact sedan segment game. Just take a moment to look at that zesty styling and tell me that it’s boring. 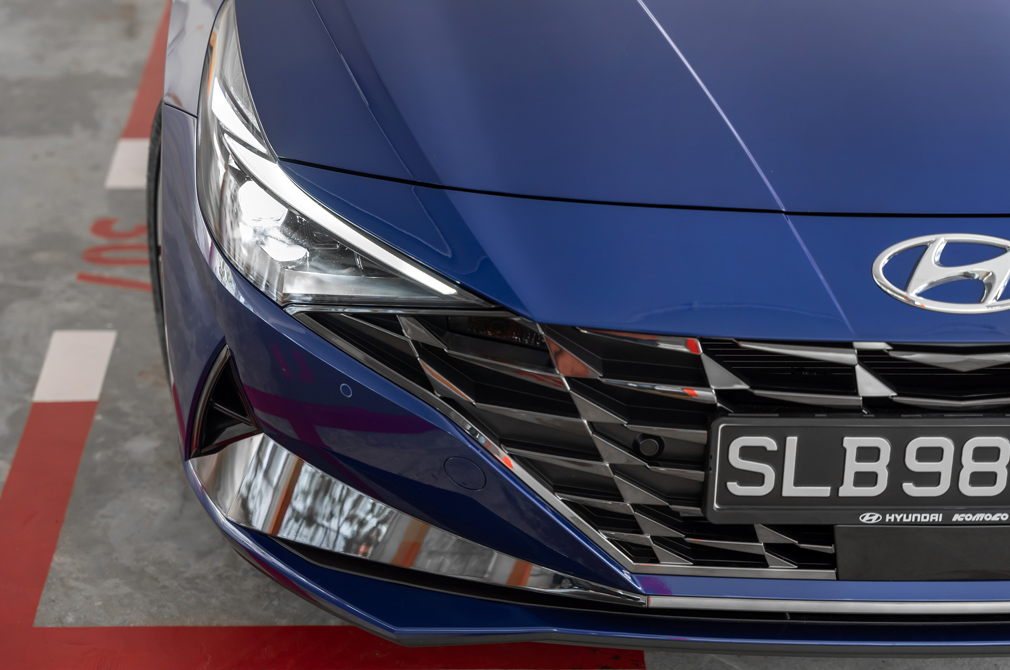 At the very least, it’s not uninteresting.

For what it’s worth, Hyundai themselves acknowledge the design may take some getting used to, and that they intended it to be a conversation-starter.

It is certainly memorable. One particular arresting design element is the H-shaped tail-lights that give it an unmistakable night signature, a style element that is unmatched in this segment.

Taken together, the Zorro-like styling has clearly worked in the car’s favour – the number of stares I had during the test-drive rivals only the eyeballs that latched onto the Mazda 3, one of the Avante’s many rivals here.

All models are powered by a naturally aspirated 1.6-litre 4-cylinder motor developing an entirely-sufficient 121hp (123PS) and 154Nm of torque. It is mated to a rather delectable continuously variable transmission (CVT).

The previous Hyundai Avante had a regular 6-speed automatic. 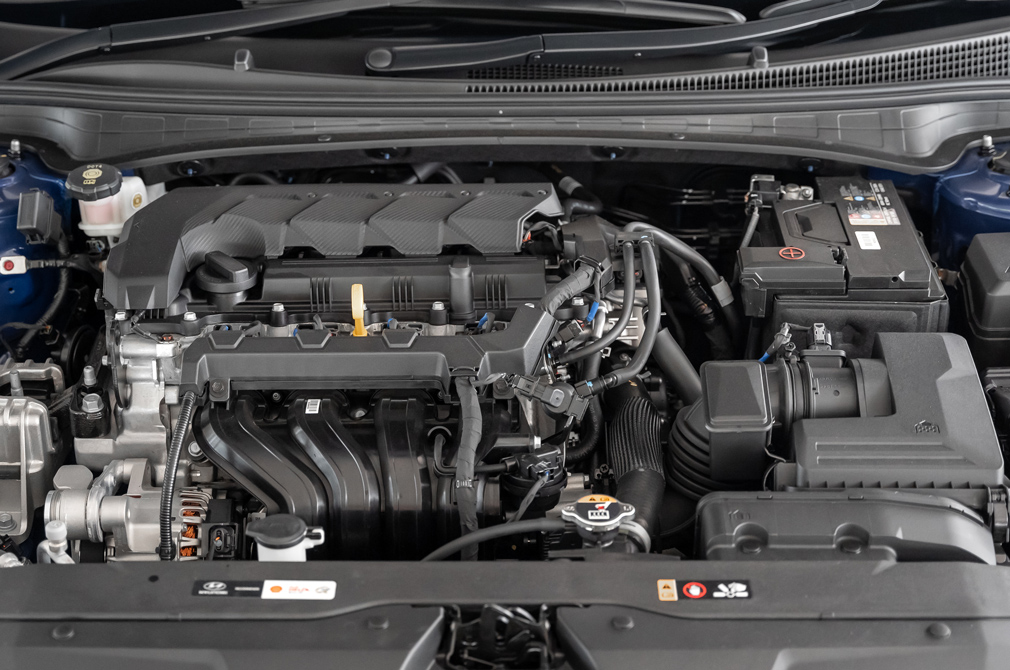 Those figures are a touch down from the previous model, but they haven’t impacted performance. In fact, the new Avante is now quicker than before, doing zero to 100km/h in 10.4 seconds, compared to 11.6 second previously.

Fuel economy has also improved to 18.5km/L, compared to the older model’s 14.9km/L. But due to the short test-drive, I could only average 11.2km/L in city driving.

However, other motoring writers on longer drives have been able to get closer to the official figures. Torque’s editor, for instance, related that he averaged 14.3km/L over three days of mixed driving conditions.

Most buyers are expected to opt for the middle S trim, which already comes loaded with niceties like a 10.25-inch digital instrument cluster, 8-inch infotainment screen with Apple CarPlay and Android Auto, digital climate control and a wireless phone charger.

Step up to the topline Elite and you get nearly every modern automotive convenience. Mind you, the Hyundai Avante still costs less than a similarly equipped Mazda 3 and Toyota Corolla. 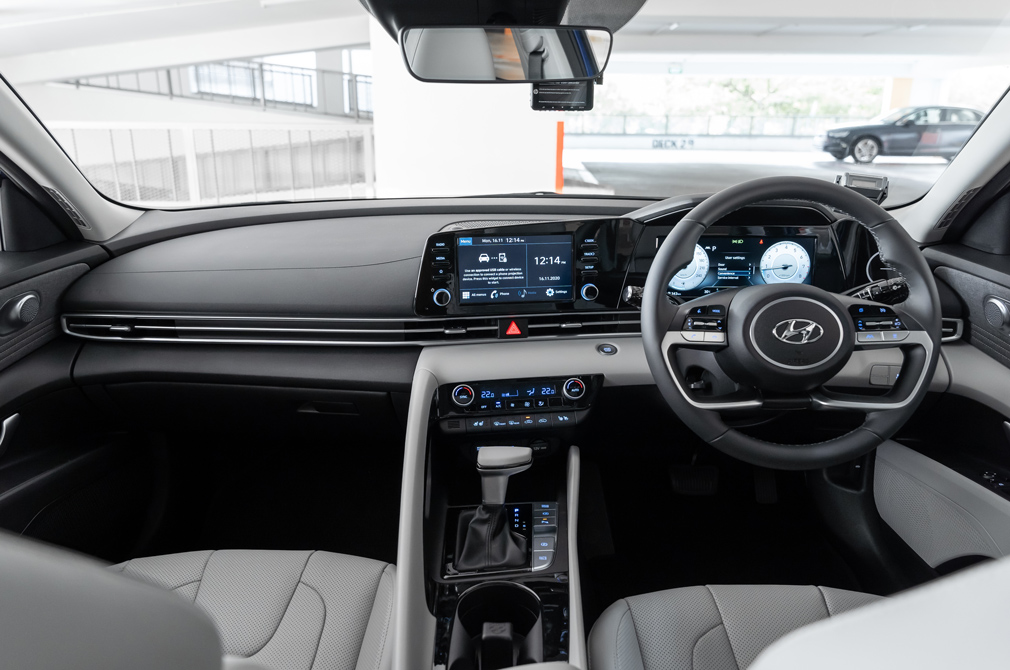 Hyundai wants to be known for making safer cars, and both Avantes come bursting at the seams with safety systems such as forward collision assist, lane keeping and lane following assist, blind spot warning, rear cross-traffic alert and six airbags.

The S model gets automatic cruise control, while the Elite one adds auto stop-and-go functionality.

Like the exterior, the Hyundai Avante’s cockpit is another huge step up. It looks thoroughly modern and upmarket, with faint European vibes. 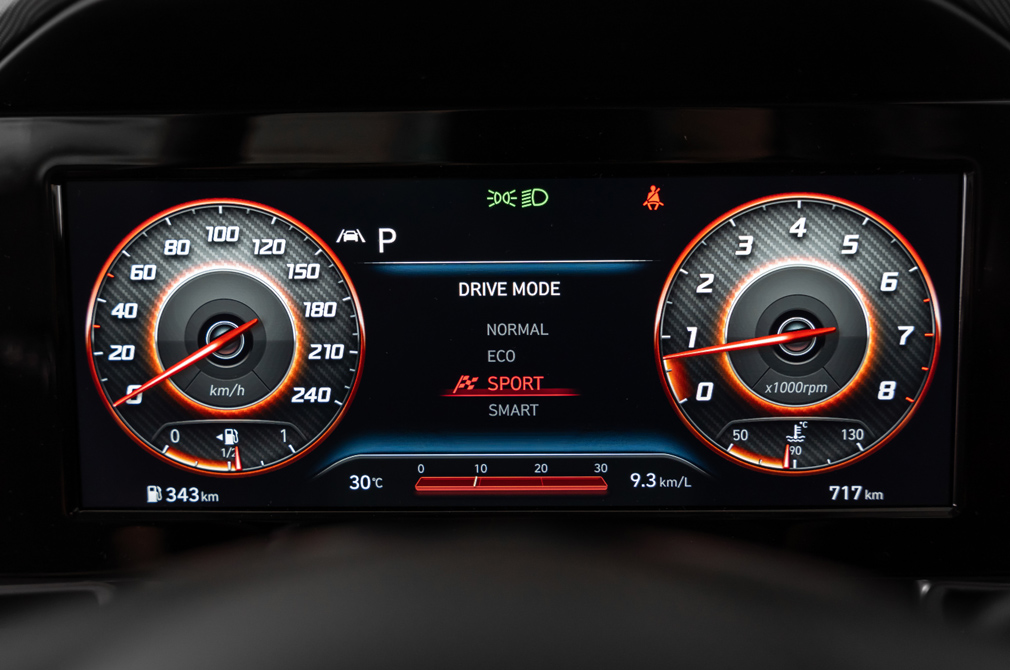 The air-con vents blend into the curved dashboard, hidden behind three strakes, and a grab handle separates the driver from the front passenger.

The steering wheel now looks like something out of a German automaker’s catalogue, as do the high-resolution digital instruments, and it is overall a welcoming place to sit in. Even the indicator and wiper stalks have a “jewelled” effect.

The Hyundai Avante has more generous proportions, so the rest of the family will have no problem fitting into the rear seats, which get their own set of air-con vents.

The Hyundai Avante may have more aggressive styling, but its ride quality is actually the opposite.

Its comfort-biased suspension and thick tyres soak up large bumps beautifully and provides passengers with a composed and bottom-soothing ride. This is a welcome ability in a world of arbitrarily “sporty” cars. What’s wrong with wanting a cushy ride?

And the Hyundai Avante is also noticeably quiet on the move – the quietest in its class, according to the carmaker. 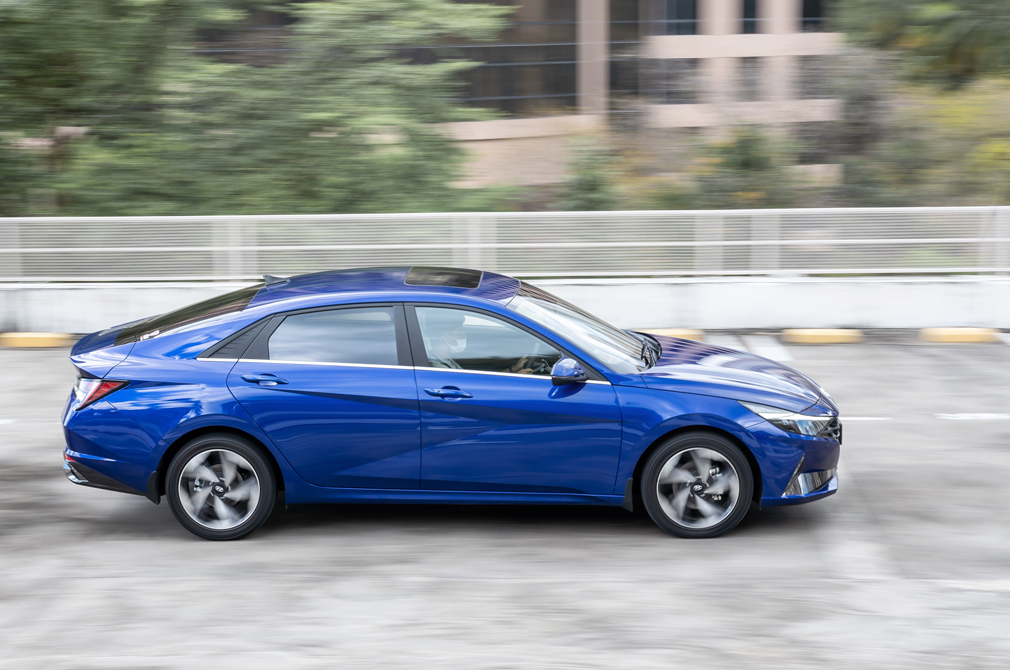 The lightweight steering, though not the last word in feel, is accurate and weights up progressively in the corners.

The CVT is also far from being dim-witted. It is quick to respond and doesn’t exhibit much of the droning that similar gearboxes are afflicted with.

Minor grievances include some occasionally rough (and hard) plastic bits, especially on the grab handle, and some rattles from the cabin, but nothing that would constitute a deal-breaker.

On price and features alone, the Hyundai Avante has nailed the sweet spot for buyers looking for superb value in a family sedan.

This saloon poses a serious threat to the Japanese competition. Coupled with its class-leading interior space and safety features, as well as a composed and comfortable ride, it’s advantage Avante. 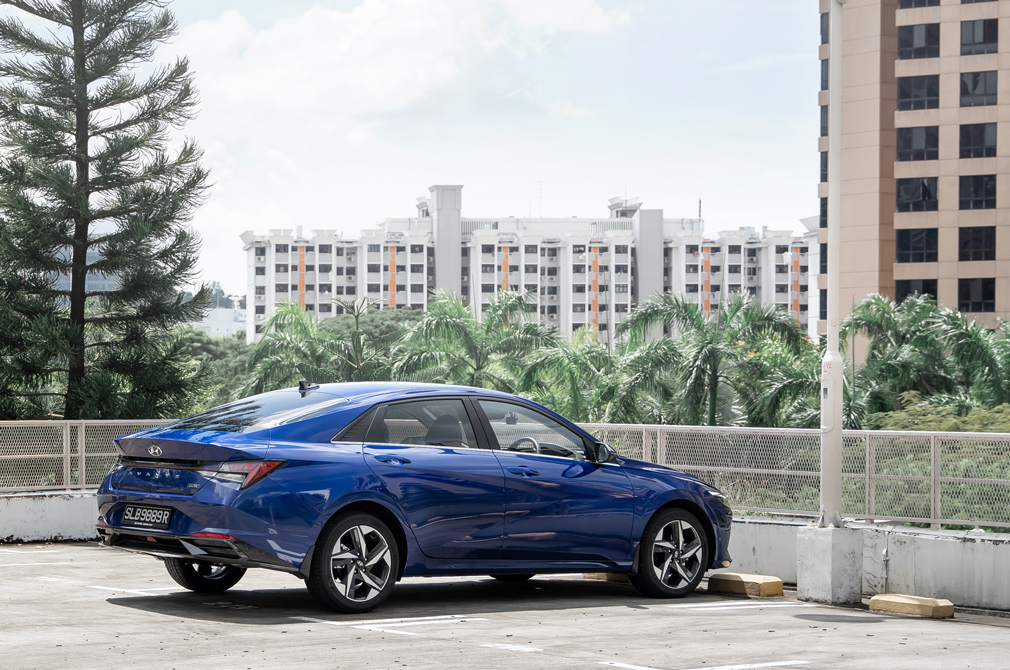