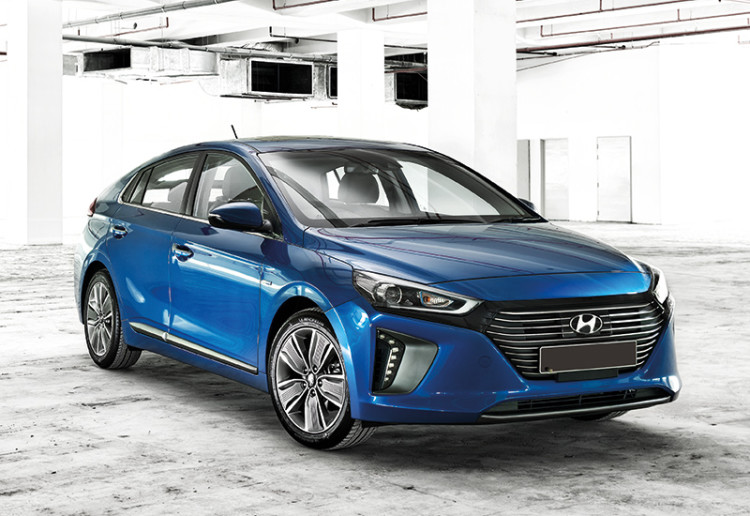 Ask any motorist to name a hybrid model and he or she is likely to mention the Toyota Prius, which is the world’s most well-known petrol-electric hybrid.

Introduced in 1997, the Prius is now into its fourth generation and has been consistently successful.

No other mass-market hybrid model has been able to usurp its “green” throne.

Toyota, however, has been looking over its shoulder since Korean carmaker Hyundai unveiled its lineup of Ioniq models, which it hopes will supercharge the hybrid segment.

Said lineup actually refers to the three powertrain options available to buyers, because the only Ioniq bodystyle is a five-door liftback.

If this hybrid jargon seems bewildering to you, well, you’re not alone.

Many people are unaware of what exactly a hybrid automobile is, and they mistakenly assume that hybrid cars are electric cars, and vice-versa.

An electric car is solely powered by batteries and must be recharged via a charging station/special adapter. 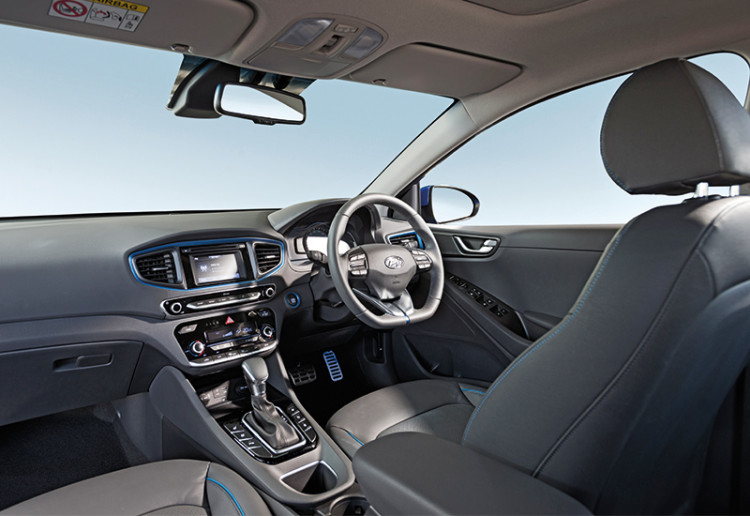 Sporty touches such as a flat-bottomed steering wheel and alloy pedals are ironic in the Ioniq.

A hybrid car has two powertrains – usually a petrol engine and an electric motor powered by a battery pack.

The battery is constantly recharged by the petrol engine and energy is recovered from braking.

A plug-in hybrid is similar to a conventional hybrid, except that the former’s batteries can be “topped up” by plugging the car into a compatible charging point.

A hybrid’s secondary powertrain is what enables it to be more efficient than a regular car.

At low speeds, it can run on electric power alone, and at moderate velocities, the boost provided by the electric motor means the petrol engine uses less fuel.

This technology is great, but adds to the cost of these vehicles. But cost aside, people can be put off by hybrids for other reasons. 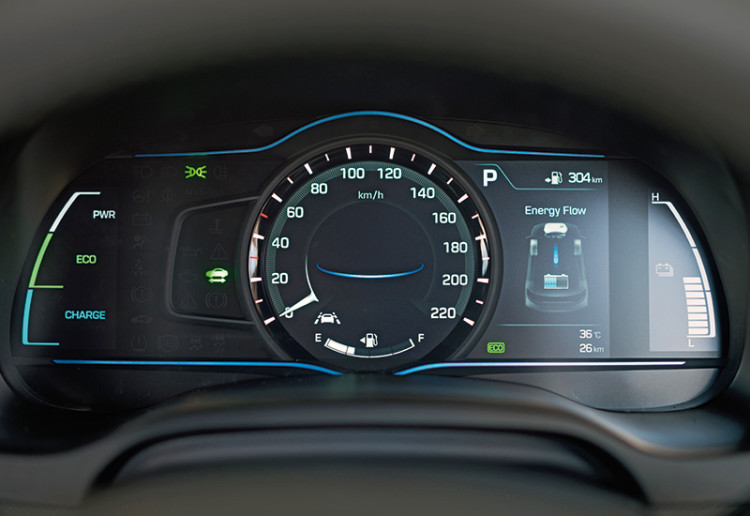 In the case of the Prius, you not only need to accept its futuristic (some would say geeky) design, you also have to be tech-savvy just to familiarise yourself with its cockpit controls.

If you’re one of those who wishes hybrid cars were a lot simpler to comprehend, Hyundai’s Ioniq could be the car for you.

The Ioniq, which is about the size of an Elantra, has a more “conventional” design than a Prius, in that it actually bears some resemblance to its non-hybrid siblings.

It’s an attractive design, too, with clean lines along its flanks leading to a nicely shaped rear end.

I expected Hyundai to go overboard with the cabin layout and over-design something even more advanced than the Prius in order to go one-up on Toyota.

But when I opened the door and settled into the driver’s seat, I was actually glad that my expectations weren’t met.

The Ioniq’s dashboard layout is similar to that in regular Hyundai models. 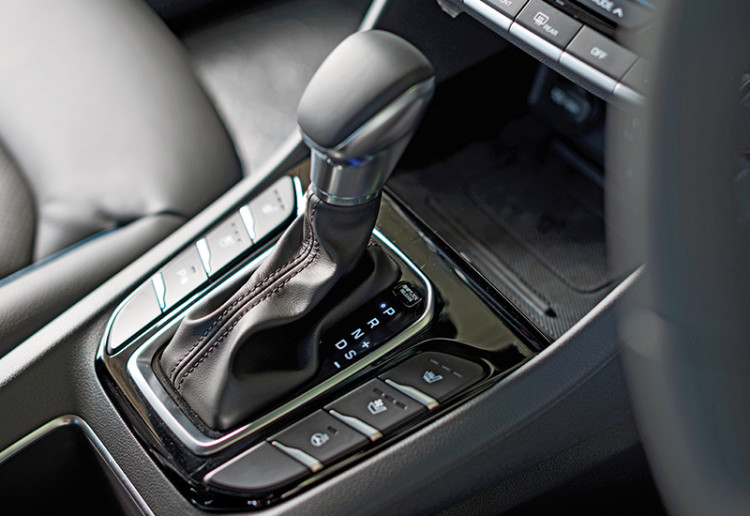 There’s no stubby gearshift knob on the dashboard or a centralised display chock-full of information to shock uninitiated drivers.

Instead, the all-digital instrument panel is conventionally located in front of the driver.

And the driving information you’re presented with is far easier to digest.

The only visual indications that the Ioniq is a hybrid are the “Power-Eco-Charge” gauge on the left and the Energy Flow Monitor on the right.

The former is permanently displayed, but you can choose not to see the latter by toggling between the different screens.

As I scrolled through those other menu options, my only recurring thought was: “Why can’t the Prius be this intuitive?”

The Ioniq’s other useful features include a pair of 12-volt sockets, a USB port and an auxiliary input.

If your smartphone is Qi-enabled, you can even charge it wirelessly by placing it on the charging tray, which has a rubberised surface.

Naturally, the Ioniq’s interior has been put together using eco-friendly materials.

Powdered wood and volcanic stone are incorporated into the door panels, while raw materials from sugar cane are used in the carpets and headliner. 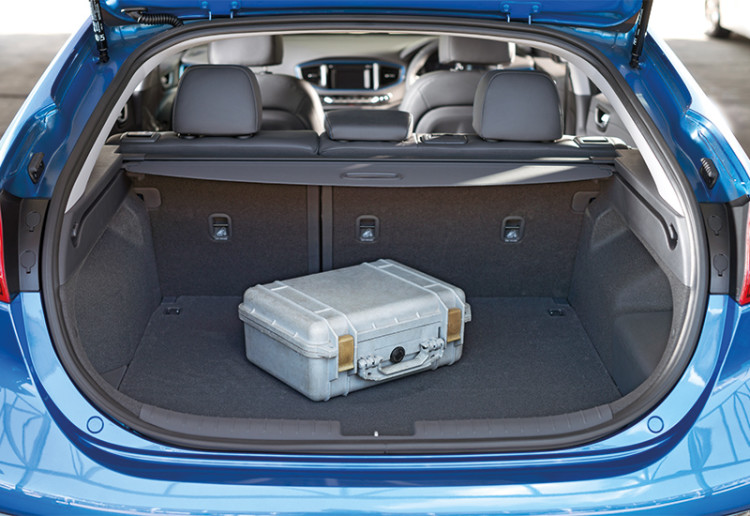 Boot capacity is 443 litres with the rear seatbacks up and 1550 litres when they’re folded.

More palpable, on the other hand, are useful features such as the ventilated and heated front seats.

I’d like to say seat heating is redundant, but the air-con in the Ioniq is positively arctic, so some folks might actually activate those seat heaters, together with the steering wheel’s heating function.

Backseat passengers will be equally comfy, as the bench easily accommodates three adults.

The supportive backrests are also high enough so that 1.75m tall occupants won’t need to extend the headrests and end up obscuring the driver’s rearward visibility.

What’s always clear to the driver, though, is how easy the Ioniq is to drive.

Press the start button and a series of beeps indicate that the car is on and the electric motor is running.

At idle, it is deathly quiet – I only hear the whisper of air whooshing past the air-con vents.

The electric motor, which is powered by a lithium-ion polymer battery, effortlessly propels the car forward. Before I knew it, I was already driving between 50km/h and 60km/h. 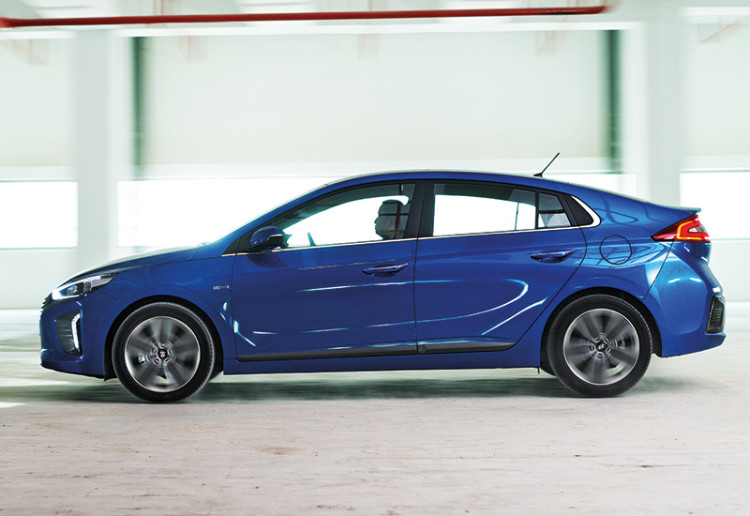 At this point, I expected the petrol engine to fire up and send a shudder through the cabin, but it did not happen.

The transition between the two powertrains is always seamless.

The only signal that the Ioniq’s 1.6-litre engine was running was a slight hum in the background.

Said motor is a new Kappa unit, with a very high compression ratio of 13:1 for increased efficiency.

The Ioniq accelerates in a very progressive manner, with no sudden bursts of power.

Both parts of the powertrain are paired to a 6-speed dual-clutch transmission.

Said gearbox is buttery smooth, even during “creeping” motions.

Hyundai must have also deemed driving modes to be nonessential, because aside from the gearbox’s “S” mode, there aren’t any.

The lack of driving modes is a good idea, because it allows the driver to focus on driving the Ioniq as efficiently as he can. 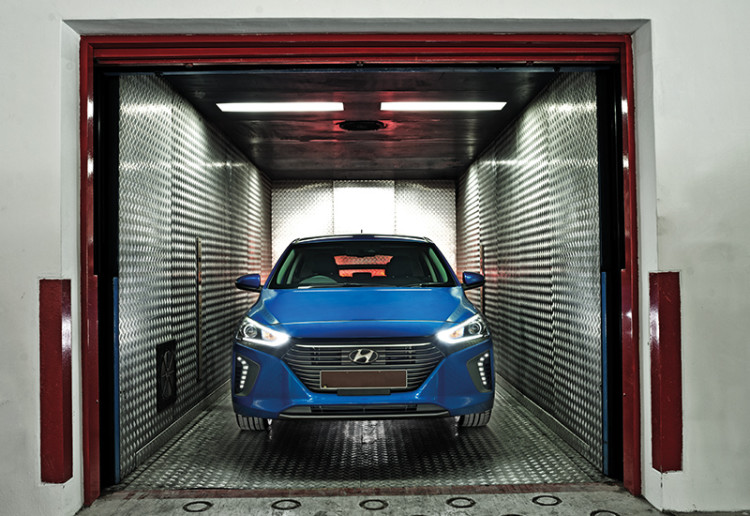 Helping the driver do this is a gauge that breaks down your driving style into three categories: Economical, Normal and Aggressive.

Not surprisingly, I scored 17 percent, 36 percent and 47 percent respectively.

Despite my low economy score, I was still averaging 17.8 kilometres per litre in city conditions, which would have been impossible for me to achieve in a regular 1.6-litre saloon such as the Elantra.

The last figure resulted from me exploring the Ioniq’s dynamics, which are satisfying.

Despite the pliant ride, the car’s stiff body and well-tuned suspension allow for decent turn-in and follow-through, and there is good feedback from the helm, too. 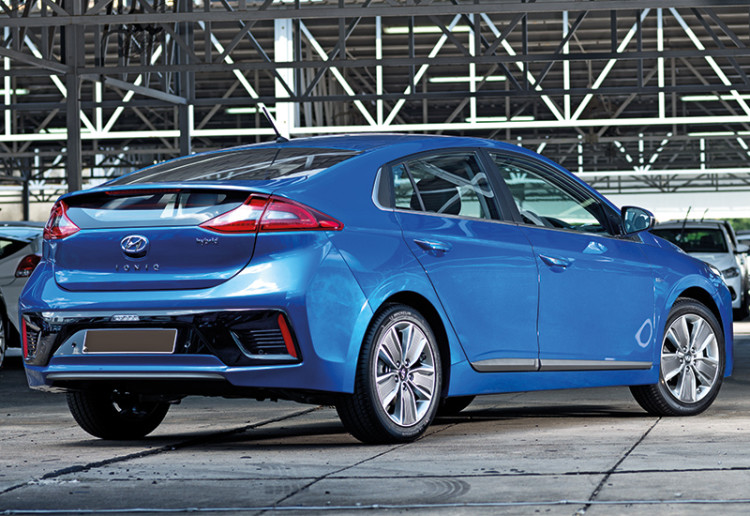 The handling is also helped by placing the lithium-ion battery just before the rear axle.

This lowers the vehicle’s centre of gravity and maximises boot space.

The Ioniq may be new to the hybrid segment, but Hyundai has already done a lot of things right with it.

But the best part about the Ioniq remains the fact that potential buyers don’t have to learn anything new to drive it.

You turn it on and it just works. That, plus the car’s design, is sure to leave them positively charged.