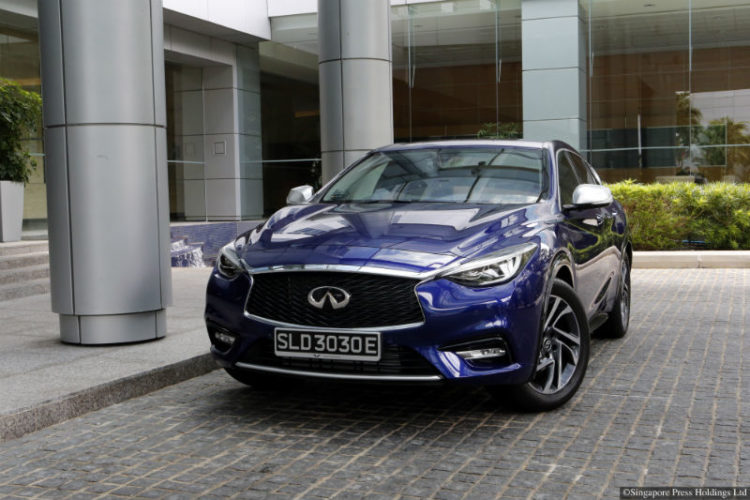 An emerging luxury contender with a 1.5-litre diesel engine and manual seat adjustments.

Mmm… you can see how that can go wrong in so many ways, but if you will just hold on to those horses, there might be a case to be made here.

The car in question is the Q30 1.5D from Infiniti, a Nissan luxe brand which has been (and still is) trying to replicate Lexus’ success.

The car is equipped with a Renault-Nissan turbodiesel which has recently been employed in cars such as the Renault Clio, Kadjar, Fluence and Grand Scenic with mixed results.

But surprisingly, it works in the Q30. Adequate insulation keeps the diesel chatter. Some vibration gets in – especially when the car is idling – but it strangely feels kind of sporty.

While “sporty” is not an adjective you would use to describe an engine with an output of 108bhp, its torque of 260Nm makes the car relatively easy to live within the city.

Do not expect a sizzling show – not with a century sprint of about 12 seconds – but as an urban runabout, the Q30 is quite adequate.

It pales in comparison to its 2-litre 208bhp/350Nm turbocharged petrol sibling, of course. But it shares the same sweet steering and ride characteristics.

The only difference, without the 2-litre’s lowered sports suspension, it does not hold up as well against nasty speed humps and corners.

Unlike the 2-litre all-wheel-drive, the 1.5D is a front-wheel-drive. But you will not notice unless you drive it hard. You will seldom be inspired to drive it hard because the engine feels flat after 4000rpm. 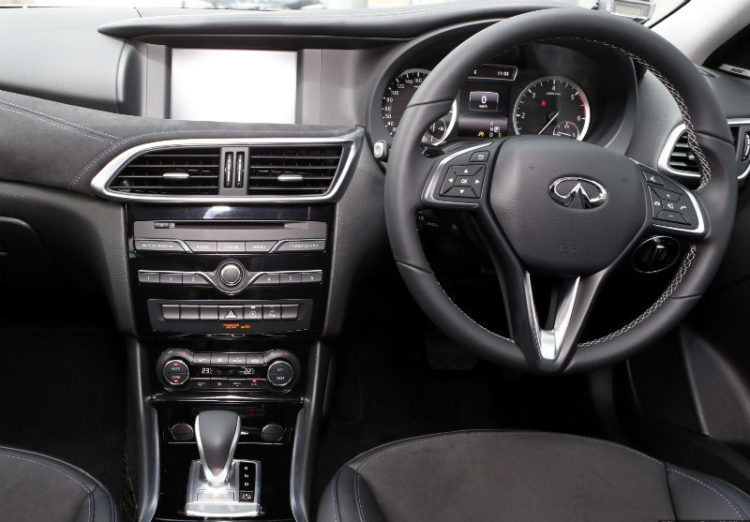 That is the thing with small displacement diesels – they run out of puff pretty quickly.

But in return, they give you excellent efficiency. The Q30 1.5D can cover up to 20km per litre.

And the car is as good-looking as the 2-litre version, even if it does not come with features such as a glass roof, sport bumper, rear diffuser and black wing mirrors.

Inside, it is upholstered in Alcantara instead of Nappa leather. It does not have the 2-litre’s flat-bottom steering wheel or its aluminium pedals. Neither does it get sports brakes or lane departure warning.

What it does get though are an interesting set of 18-inch alloy wheels. From certain angles, you can make out a purplish hue on the spokes.

On the whole, this Q30 is still a nicer drive than the Mercedes-Benz GLA that it is based on. But it lacks the polish, panache and performance of its 2-litre twin.

Still, you wonder why Infiniti does not even include electrically adjustable front seats in the equipment list. This feature is now commonplace, even among non-luxury cars.

If BMW can have three-cylinder diesel models, Infiniti’s choice of a power plant for the Q30 is not all that outlandish.

The question is, how many people place Infiniti in the same league as BMW?