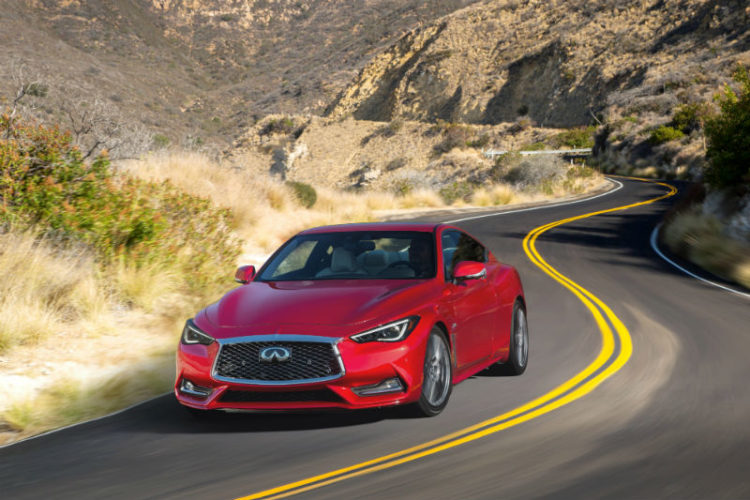 The Nissan GT-R is a monster that is blazingly fast and resolutely sporty.

It has a two-door body with a highly tuned twin-turbo V6.

And the car is made carefully in the company’s Tochigi factory in Japan.

Like the GT-R, also known as the Godzilla, the new Infiniti Q60 is a coupe with a souped-up twin-turbo V6, and it is also made in Tochigi.

But unlike the GT-R, the Q60 is not single-mindedly sporty.

Instead, the two-door Infiniti offers performance that is invigorating and yet not intimidating.

It is also aerodynamically cleaner, with a drag coefficient of 0.28 versus the RC’s 0.30.

Its dashboard, displays and switches are identical to the Q50 saloon’s, and so are the front seats, which provide superb suppleness for my posterior, but average support for my thighs and torso.

Only some of the cockpit details are specific to the Q60, such as the stitching on the instrument panel and the carbon fibre trim around the satellite navigation panel.

Seated in the back, I have enough legroom for my 1.73m-frame and some space for my feet under the front seats. But my head is parked against the rear windscreen and the integral headrest is behind my neck instead of my head.

At the helm, the driver gets excellent visibility and driving position. 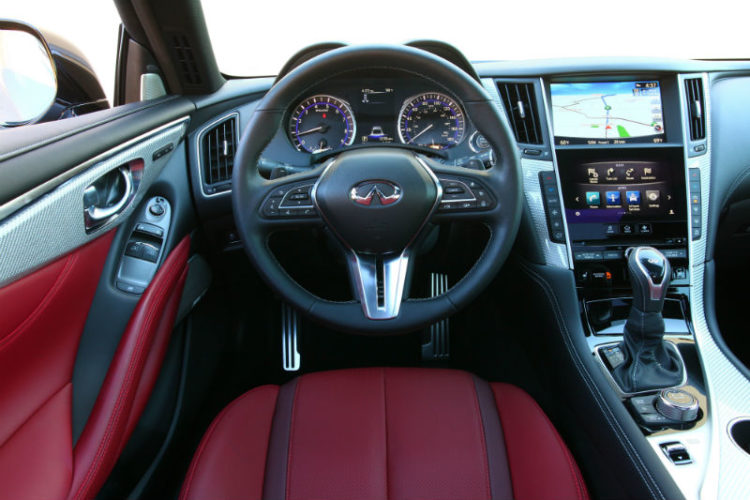 The direct adaptive steering is responsive, well-weighted and feels more natural than the Q50’s.

There is a touch of feedback from the tarmac, yet the steering does not suffer annoying kickback over broken bitumen.

The Q60’s adaptive suspension contributes to its smoothness on the move. It varies damping force according to road conditions and selected drive mode (Standard or Sport).

On 19-inch wheels, the ride has an underlying firmness and some rubber rumble. The cabin is otherwise peaceful while cruising.

The handling is fantastic – eager going into corners and stable throughout, with a determined flat attitude. The negligible body roll is accompanied by plenty of tyre grip that encourages spirited driving.

The steering has seven different settings and the suspension two. Coupled with various other settings for the powertrain and chassis stability aids, the Q60 driver has more than 300 personalisation combinations to choose from.

I need three – comfy, sporty and sportier. Soon enough, I am driving the Q60 quickly.

Strangely, its pick-up from zero to 100km/h feels no quicker than the naturally aspirated Lexus RC350, which has 88bhp and 97Nm less.

This coupe is quick. Its turbocharged 400bhp engine begins to feel energetic from 2000rpm and becomes increasingly enthusiastic as the tachometer swings towards 7000rpm.

The Q60’s 3-litre V6 sounds less furious than the GT-R’s 3.8-litre V6, but revs happily all the way, stays smooth and responds promptly to throttle inputs.

The enjoyable action sequence is repeated following each gear change. If only its upshifts are as swift as its downshifts, especially via the paddle-shifters.

The Infiniti Q60 is expected to arrive in Singapore early next year as a turbocharged 2-litre, followed by the turbocharged 3-litre a few months later. 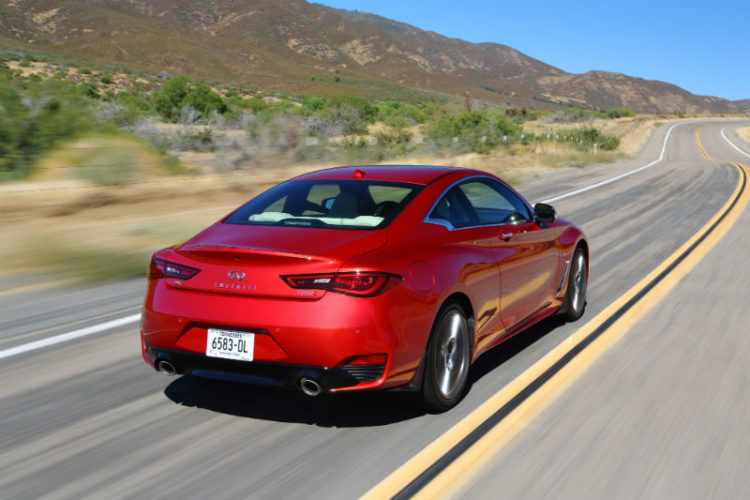