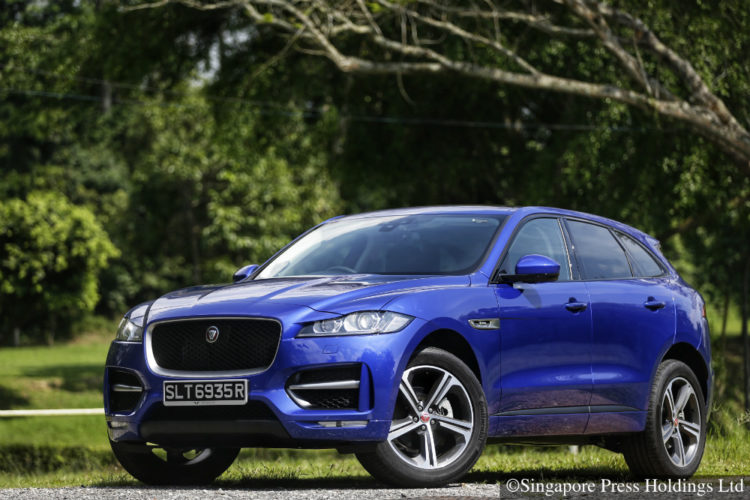 Jaguar’s first sport utility vehicle (SUV), the F-Pace, has not exactly been selling like hotcakes, which is unusual for a premium SUV.

A turbocharged 2-litre rear-wheel-drive version, which has just arrived, might just be the thing to give the car a nudge on the sales chart.

A car as sizeable as the F-Pace may appear underpowered with such a modest displacement, but it is surprisingly spritely.

From the word go, the car feels sporty, with ample acceleration from any speed. It does the century sprint in 6.8 seconds, but feels a little quicker in real life. While that may be a whole second slower than its 3-litre twin, it is almost on a par with what the VW Golf GTI managed not too long ago.

Indeed, there is hardly a moment when you wish it had more power. In fact, the Jag often leaves the pack far behind when the lights turn green. The car’s 8-speed autobox does an excellent job of compensating for its relatively modest output.

The 2-litre is not as refined in its delivery as the 3-litre, but the difference is not huge. You may find a bit more vibration across the rev band and a soulless engine note. But these are well compensated by the smaller engine’s ability to punch above its weight.

The car is also 110kg lighter than the 3-litre all-wheel-drive variant. Along with its smaller engine, it offers better fuel economy – 14.1km per litre compared with 11.2km per litre for the 3.0. 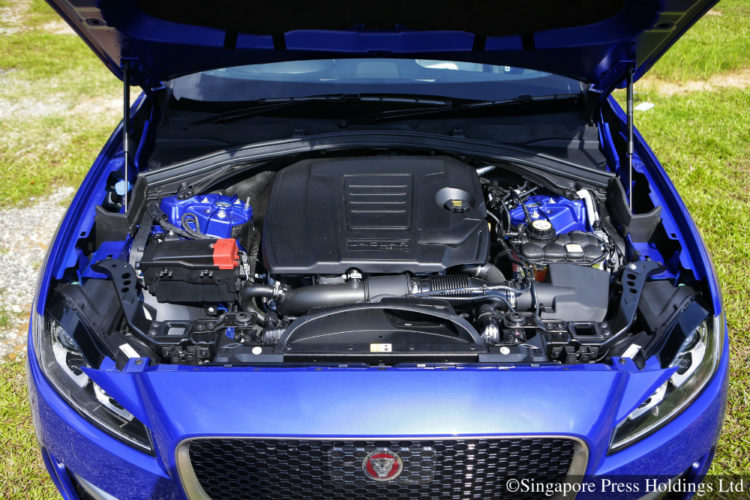 On top of that, the F-Pace 2.0 has almost all the crucial features you want in a premium SUV. The things left out are seldom missed, such as panoramic roof and active key.

What may be missed, however, is adaptive dynamics. The 2-litre is fitted with a one-size-fits-all suspension system, which has to offer the best compromise between comfort and sportiness.

It does a creditable job of this, but the car does not excel in either department, even if you sense that it is slightly more performance-biased.

On the go, it strikes you as rather pedestrian when it comes to ride quality. This of course flies in the face of Jaguar’s core values of offering cars with pace, space and grace.

The F-Pace 2.0, as mentioned earlier, has more than adequate pace. And it has as much space as the 3.0.

But it is short on grace. Besides its lacklustre ride, its finishing is a tad disappointing for a Jag. Hard, unyielding plastic panels line the cabin, including the part which comes in direct contact with your left knee. This makes for uncomfortable situations, if you are one for fast cornering.

The car also betrays build quality issues. Shut lines between body panels are rather wide. And the bonnet of the test-car is not flush against the fenders, with one side sitting higher than the other.

These imperfections are not what you would expect of any modern car, much less something which costs a quarter of a million dollars.

But if they can be rectified, the 2-litre F-Pace certainly offers more value than the 3-litre version. It is more than $40,000 less expensive than its twin.