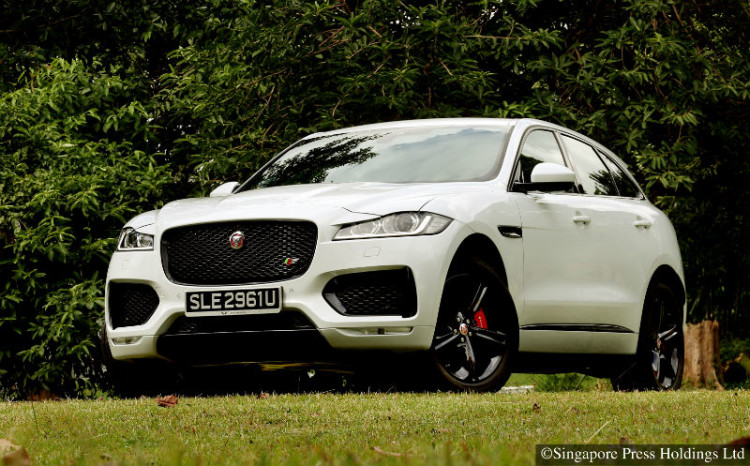 Jaguar has harboured ambitions to build a sport utility vehicle for nearly 20 years. With the F-Pace, it has finally done it.

Which is somewhat strange when the British marque, best known for its cushy limousines and fiery sports cars, has a sister company in Land Rover. Both are owned by India’s Tata Group, which labels the two as an entity: Jaguar Land Rover.

When Jaguar was a standalone company, it might have made a bit more sense to venture into SUVs.

Still, it is hard to ignore the burgeoning SUV segment, when every brand other than Ferrari has an SUV line-up or is planning one.

Also, the Volkswagen Group has shown that it is commercially viable for sister companies to compete in the same segments. For instance, the VW Touareg, Audi Q7 and Porsche Cayenne allow the German group to have three bites of the utility cherry.

But enough of rationalising. What is Jaguar’s first SUV like? Does it make the cut? How does it compare with its rivals?

First, the F-Pace looks much better in the metal than in pictures. Size-wise, it stands somewhere between the Porsche Cayenne and the Macan and between the Audi Q7 and Q5. But optically, it leans towards the larger of the two pairs of cars. It has a huge road presence and yet is not bulky like most SUVs.

It is rather sleek, but not in the edgy way of the Range Rover Evoque. Its lines are more organic, with Jaguar’s famed fluid silhouette reinterpreted in SUV form.

It looks good. In fact, it looks so good it will probably sell well even if it drove like a truck. It is something Tata should be thankful for – because the car actually drives like a truck. Well, not exactly like a truck, of course. For one, there is nothing truck-like about its power and acceleration.

That makes it the most fleet-footed 3-litre SUV around. In fact, it is merely 0.2 seconds slower in the century sprint than the sporty Jaguar F-Type two-seater.

Like the F-Type, the F-Pace 3.0S has loud vocals – it does not sound quite like any other Jag, but it has a distinctive raspy trailing note. Like a puma in a den of jaguars.

So, it is big, beautiful, fast and loud. Which should be more than enough for most people who are in the market for a premium SUV. And it is.

Except for those who are particular about driving precision and control. You see, the all-wheel-drive F-Pace moves like a grizzly on a pogo stick. It betrays an inordinately high level of body movement – even for an SUV – pitching and leaning with the briefest encounter between the wheels (20-inch) and tarmac undulation.

It is prone to diving upon braking and allows a surprisingly high level of wind noise to intrude. And because it is such a powerful and quick car, these idiosyncrasies get amplified.

You could do one of two things with a car like the F-Pace: drive it gingerly so junior does not turn green arriving for football practice, or make like a racer in the Dakar Rally.

The latter is wickedly fun. The high jinks you get into with an SUV which thinks it is a brawny sports car are hair-raising.

But the former is probably what most people will do. In that respect, the F-Pace is what the average family wants in a car – ample space for five, lots of stowage (at 650 litres, it has the biggest boot in its segment) as well as the versatility and luxury they would find in a Land Rover Discovery.

The cockpit is familiar territory, with screens, switches, gizmos and digital read-outs found in Jaguar’s luxury liners. Perhaps you could think of it as an XF S with more attitude and altitude.