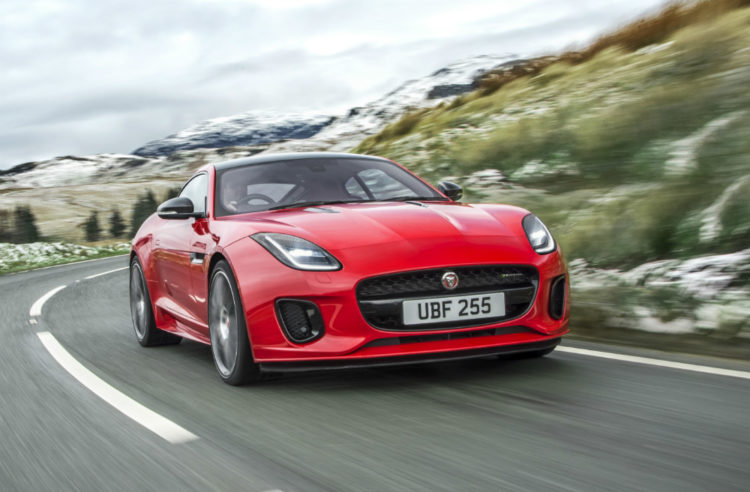 The drive was supposed to be for the new Range Rover Velar, but Jaguar Land Rover (JLR) threw in a surprise.

A row of Jaguar F-Type coupes and convertibles was waiting for journalists, who had driven down a 1042m-high peak in the Velar SUV.

“These are your cars to the airport,” said a JLR staff.

The airport was about 90km away. But it was enough to appreciate that the new entry-level F-Type is not a pushover.

The F-Type was launched in 2013 as a convertible. The coupe followed a year later. It is a halo car in Jaguar’s stable and considered a rebirth of the cult-like E-Type that was produced from 1961 to 1975.

The two-seater sports car has not aged at all since its launch four years ago. Up to now, the F-Type has been powered by two engines: a supercharged 5-litre V8 and a supercharged 3-litre V6 (with five different outputs of between 340 and 575bhp).

The new turbocharged 2-litre engine has a relatively lower output of 300bhp. Jaguar’s brochure says it is “the most powerful 4-cylinder that the company has ever produced”. On the move, the smallish engine is eager and peppy. Peak torque is accessible from a relatively low engine speed of 1500rpm. The car felt punchy at whatever speed I was driving.

It offers a century sprint timing of 5.7 seconds. Not only that, it is also extremely driveable for the purposes of daily commutes, unlike bigger power plants, which tend to deliver power in huge wave-like surges.

The only thing missing from the turbocharged 2-litre unit is a proper soundtrack. It just does not have the depth of a V6 or V8 engine.

But Jaguar engineers have that covered. There is a small button behind the gear shift lever that, when pushed, triggers a sporty but not over-the-top exhaust note.The button amplifies the sound by opening valves in the exhaust system.

If the supercharged 5-litre V8 F-Type is the wild child in the family, the turbocharged 2-litre inline-4 is the tame and mellower sibling that goes about its chores with minimum fuss and drama.

The entry-level F-Type, both the coupe and convertible, is expected to arrive in Singapore in the first quarter of next year. It will not appeal to petrolheads, speed demons or track junkies.

But those looking for a stylish, sporty car for daily use that is about $300,000 ought to wait for it. The competitive pricing suggests that Jaguar has the Porsche 718 Cayman and 718 Boxster in its crosshairs.