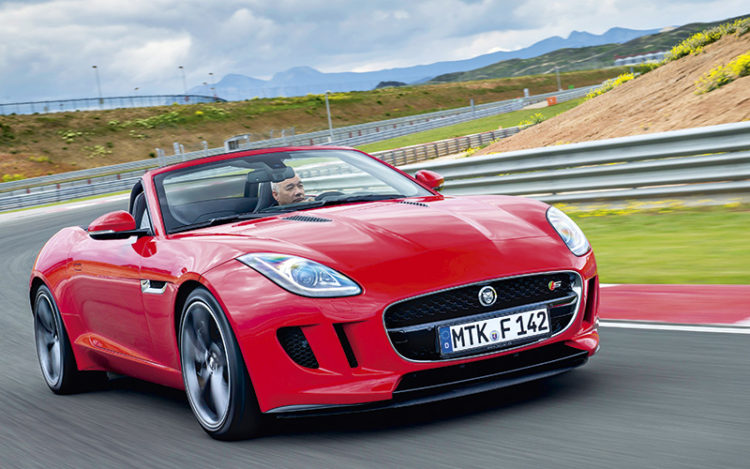 Driver looks curiously unimpressed, but trust us, he actually likes it.

On the surface, Jaguar’s lineup isn’t wanting for fast coupes. For instance, the fastest two-door it currently produces is the 550bhp XKR-S. The catch here is that the XKR-S is, at its core, a big GT shoehorned into the role of a “proper” sports car (i.e. one that’s relatively compact and lightweight, and sports a good lick of power).

Said “proper” sports car is something Jaguar hasn’t had for a good while now. In fact, one would have to go all the way back to the early 1970s to find the new F-Type’s immediate predecessor, the E-Type.

In a break with automotive tradition, the F-Type will debut in soft-top roadster guise at its local launch in July. A fixed-roof coupe is on the cards, although it’s still a thinly disguised “concept” for now. Where the XJ flagship gets an LCD instrument cluster, the F-Type’s is an all-analogue affair.

Whether in soft- or hard-top guise, however, the F-Type is undoubtedly a handsome thing. It has quite a bit to live up to, considering how its predecessor is widely considered to be one of the best-looking cars ever made. A tall order then, for Jaguar’s Director of Advanced Design, Julian Thomson – although we think he’s managed to pull it off.

The F-Type’s elongated bonnet line calls to mind its illustrious ancestor, as does the curve of its rear haunches as they swoop into the boot lid. The wedge-shaped back end (when seen in profile) is another design homage to the E-Type. Regardless, the F-Type isn’t a slavish copy of the E-Type, with Thomson replacing its curvaceousness with angularity in the F-Type.

But the F-Type isn’t just a pretty face. Entirely new from the wheel nuts up, it employs an aluminium monocoque chassis that uses a riveted-and-bonded construction method (the same sort used in the aerospace industry). It’s impressively lightweight and rigid, weighing 261kg and boasting a static torsional stiffness in the range of 18,000Nm per degree (which means very light and stiff). 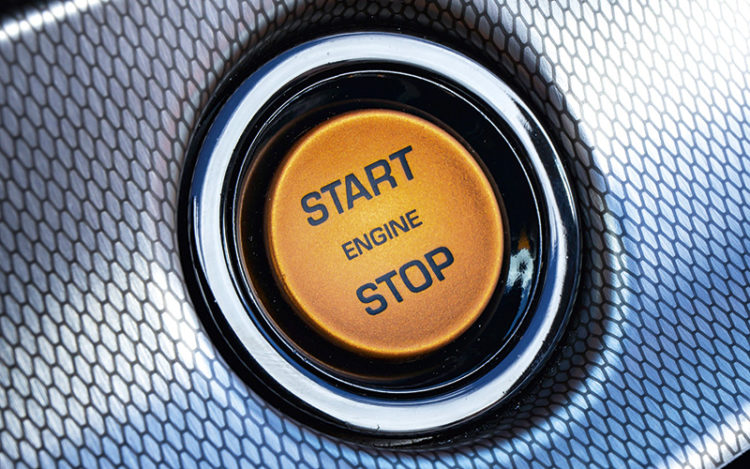 Apart from the started button, the paddle shifters and Dynamic mode switch are also anodised in gold.

The bad news is, because of the many safety and luxury items expected of a “proper” modern-day sports car, the F-Type, even in its lightest form, tips the scales at around 1.6 tonnes.

There is, however, an easy solution to this – forced induction to boost power, while retaining relatively small engine capacities. To that end, all three F-Type variants come with supercharged engines, twinned to ZF’s brilliantly quick and smooth 8-speed automatic transmission.

In its most basic guise, the F-Type gets a 340bhp, 3-litre supercharged V6. The next higher-spec model, the V6S, has the same engine (albeit now tuned to produce 380bhp), along with an adaptive suspension and exhaust system. The latter has valves that open up from 3000rpm for a more sporty exhaust note as the revs climb. 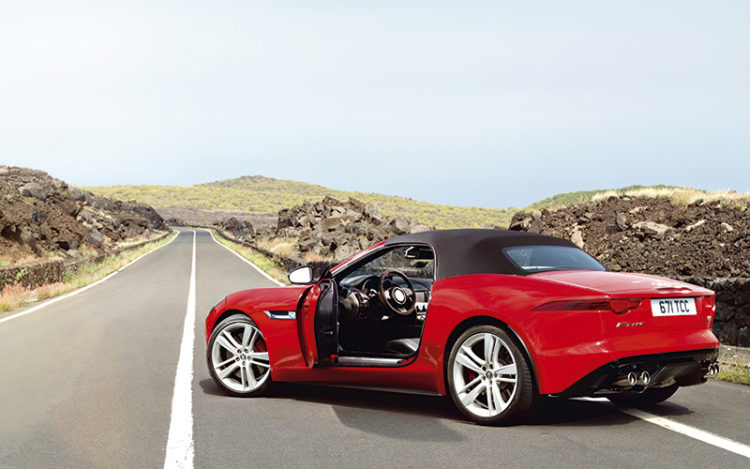 The most potent of the bunch (and our personal favourite) is the V8S, with a 5-litre supercharged V8 producing 495bhp. Eagle-eyed readers might notice it’s a smidge less powerful than the 510bhp XFR saloon, which uses the same engine. When asked about this, Jaguar’s engineers say the engine in its detuned state leaves room for the possibility of a hot R-badged F-Type at
a later (undisclosed) date. 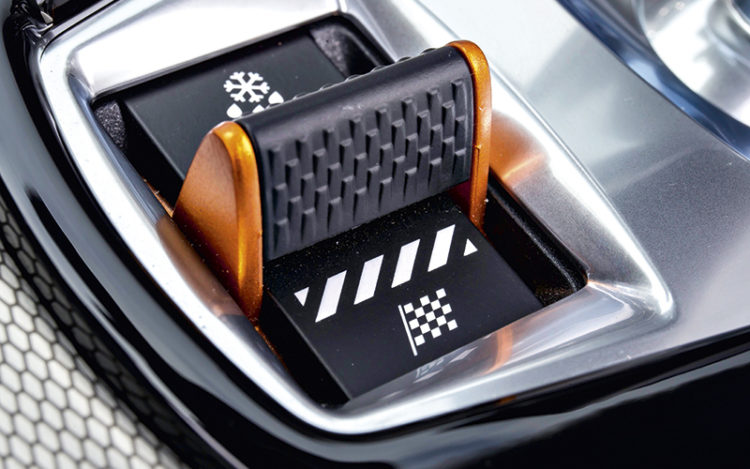 We tested all three F-Types on Jaguar’s Navara circuit in the north of Spain, as well as on the surrounding roads. Whichever variant we drove, the overall impression was of a firm ride, although we think the glassy smooth Spanish roads didn’t pose too much of a challenge.

Undoubtedly, the star is the V8S. Taking just 4.3 seconds to hit 100km/h from a standstill, it has the vocal chords to match, providing for Italian levels of aural entertainment with its crackle and burble.

Power delivery, with 495bhp, and 625Nm on tap from 2500-5500rpm, is simply explosive. Were it not for the presence of an electronically controlled mechanical rear differential with a torque vectoring system to send power where it’s needed (standard on all models), things could get hairy in a hurry. The differential allows for a greater neutrality at the limit; coming onto the throttle early allows one to trace a wider arc around corners by introducing mild oversteer. It must also be said that despite the big motor up front and the fact that it lugs around 50kg more weight (against the base V6 model), the V8S is the most confidence-inspiring of the bunch.

But what really surprised me is how close the 380bhp V6S (zero to 100km/h in 4.9 seconds) came to the V8S in terms of thrills. Equipped with the same sports exhaust, the V6S delivers a machine gun-like crackle on the overrun that (from the cabin, at least) sounds even louder than the V8S’.

And it seems to me that Jaguar designed the F-Type around that V6 engine. Because of the more compact, lighter motor, weight distribution in this form is close to 50:50 front and rear, so it’s easy to place the nose with to-the-centimetre accuracy through Pamplona’s mountain passes. On the track, which has such a way of exposing chassis flaws, the V6S displays a delightful neutrality, especially in Dynamic mode. The firmer dampers, along with the quicker steering and throttle response, make it quite the track weapon. 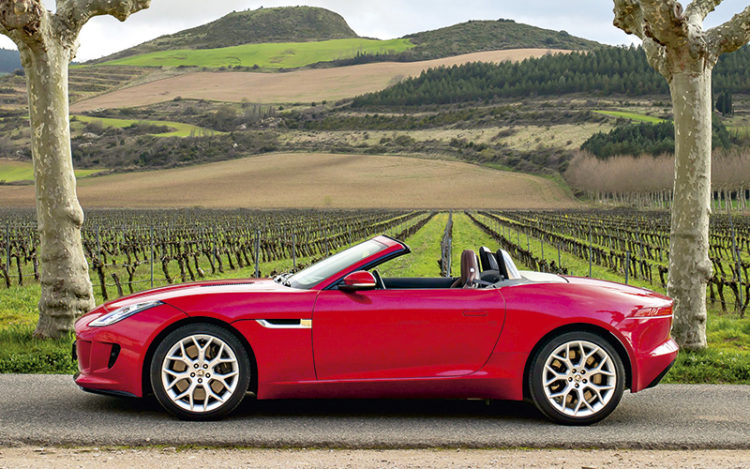 Oddly enough, the very same Dynamic mode in the base V6 model merely brings an unnaturally heavy and twitchy feel to the steering. We found the base F-Type best left in its default setting. Also, without any limited-slip differential, controlling slip is down solely to the traction control, which has a habit of abruptly cutting engine power when wheelspin is detected, which is often.

To be fair, 340bhp and a century sprint timing of 5.3 seconds are pretty good, although we do wonder why – for its long list of benefits – buyers wouldn’t want to pay $20,000 more for the V6S ($420,000). While the base F-Type is far from terrible, it simply pales in comparison to its more powerful brethren, the V6S and the V8S. 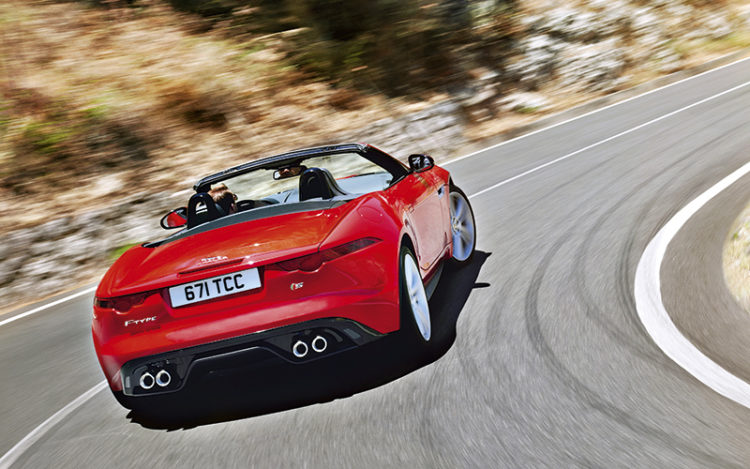 Picking up the range-topping V8S model will set you back $480,000. This isn’t cheap, but it’s still roughly half of what the Ferrari California – a car Jaguar says the F-Type was benchmarked against during its development process – costs. Initially, we thought Jaguar might have been a little cheeky to target the Ferrari, but we think the Whitley-based automaker might have something here – the F-Type is a looker, it’s nimble, and like all the best sports cars, a blast to drive, especially in range-topping V8S guise.

This article was first published in the July 2013 issue of Torque.