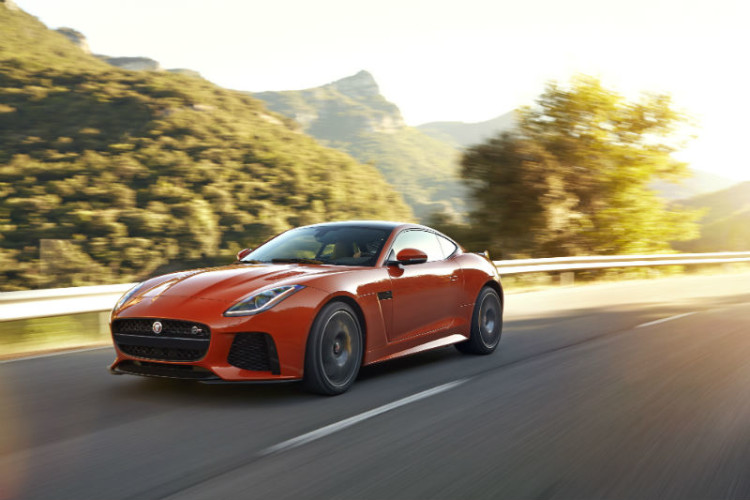 The Jaguar F-Type has grown from a three-variant line-up in 2013 to a stable of 16 with the new F-Type SVR coupe and convertible joining the fold.

The SVR is a high-performance car, similar to BMW’s M and Mercedes’ AMG models. Built by Jaguar Land Rover’s Special Vehicle Operations department, it is based on the already smouldering 550bhp all-wheel-drive F-Type R.

The F-Type SVR churns out 25bhp and 20Nm more from its highly tuned supercharged V8. 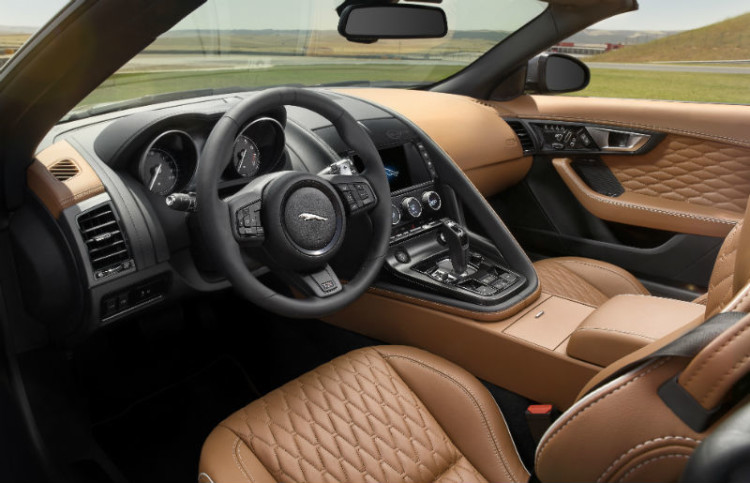 Estimated to cost about 15 percent more than the R, it rides on a massively strengthened rear suspension and is fitted with an active aerodynamic wing.

You will also notice a deeper chin spoiler, a rear valence with more aggressive venturis and a chassis lightened by up to 50kg (with ceramic brakes).

The car is fitted with new Pirelli P-Zero tyres, and its stability and traction control systems – called Intelligent Driveline Dynamics – have also been revised to allow for a more extreme driving experience. 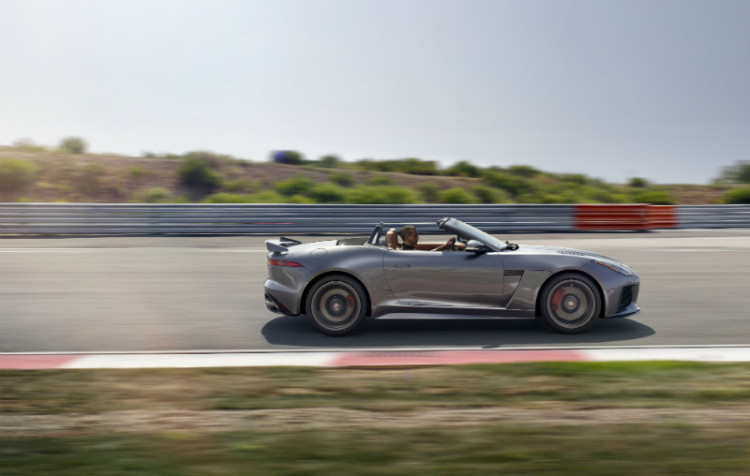 The car leaps to 100km/h in 3.7 seconds – 0.4 second faster than the F-Type R AWD. It is surprising that a mere increase of 25bhp and a slight drop in weight was enough to slice nearly half a second off its century sprint. It is all the more so considering that its transmission is identical to the F-Type R’s.

According to the engineers, the car also benefited from better traction afforded by its new tyres, as well as tweaks to its traction control systems.

The SVR reaches a top speed of 320km/h which, up till recently, was attainable only with supercars. Jaguar did not focus on massive downforce. Instead, it eliminated lift and drag to help the car hit its peak.

On open roads, the SVR rides rather well in the Normal drive mode, but gets a bit more knobbly – though by no means uncomfortable – in Dynamic mode.

To get the chassis control necessary for a properly quick pace, you need to be in Dynamic mode, which brings along a ferocious and almost deafening V8 soundtrack which will put a Harley-Davidson motorcycle to shame. 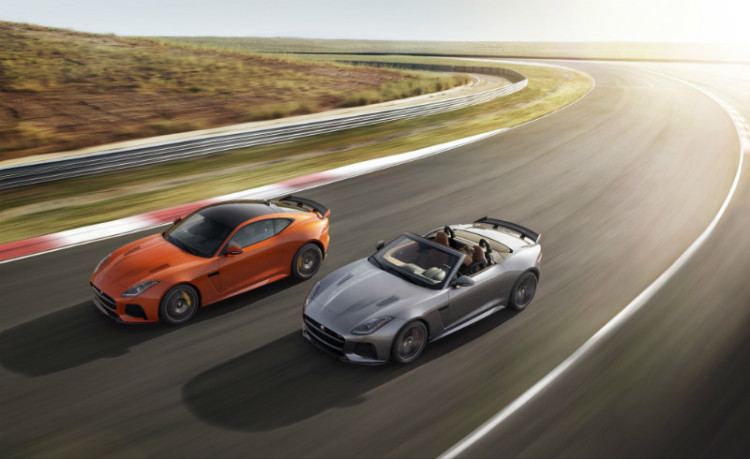 The exhaust valves open up to allow loud pops and crackles to punctuate the air. In this mode, the car’s electrically assisted power steering gains more sharpness and its electronic nanny turns a blind eye (but remains alert). In terms of entertainment value, Dynamic mode offers a level of naughtiness that is hard to match.

Its all-wheel-drive system is not one that is permanently engaged either. Rather, it is a proactive on-demand system which sends power mostly to the rear wheels, until the car’s on-board systems sense there is a need for more traction. Up to 50 per cent of torque is then sent to the front to maintain stability.

This allows the SVR to feel like a rear-wheel-drive most of the time, which is not a bad thing.

The car is not an all-out track machine, even if it is rather capable on a track. It is easy to handle even on difficult stretches.

It is not overly loud (both literally and figuratively) and delivers a towering performance to match its new looks.

If ever there was a Jag which can stand shoulder to shoulder with an M or AMG car, the 575bhp F-Type SVR would be it.