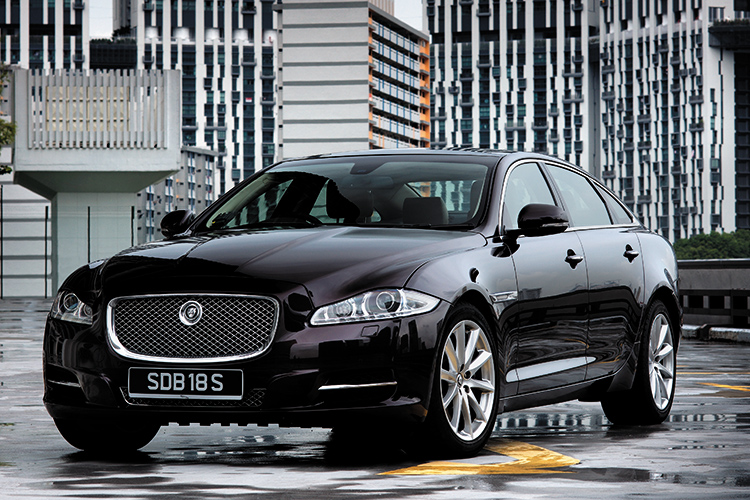 Indeed, this is the most futuristic vehicle yet from the British marque, owned by Indian conglomerate Tata since 2008 in an ironic reversal of colonial fortunes. The lucky thing is that Jaguar had the gumption to transform the tweedy Jaguar XJ into an edgy driving machine – once and for all.

It looks the part, too. Compared to the two German limousines in the previous pages, the new Jaguar XJ is massively more striking from bumper to bumper. 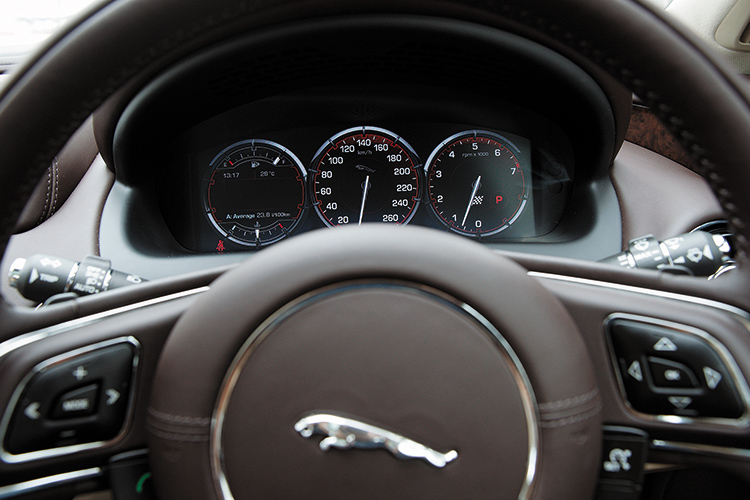 Analogue look of the Jaguar XJ’s dials has a touch of irony.

It is like a vehicular Beckham, combining the sexy feline curves of Victoria with the sporty lean muscles of David. The LED tail-lamps are particularly pretty, their lit-up appearance reminiscent of a cat’s claw marks. (No scratching pole required.)

Inside that lovely, relatively lightweight aluminium body is a roomy, long-wheelbase cabin that combines handcrafted tradition with spacecraft technology. The Jaguar XJ has the most wonderful wood veneers this side of a Bentley and soft-grain leather of the highest order (our test car’s cream cowhide looks and feels delightfully olde worlde after some 7000km), while the cockpit gadgetry is right out of a Royal Air Force Eurofighter Typhoon.

Most radical are the instrument meters, which are a TFT (Thin Film Transistor) virtual display that looks like some fancy computer game. It works very well, apart from an occasional lag in the “rendering” of the tachometer needle when revs are speeding up or down the dial. Another cockpit highlight is the 8-inch full-colour, high-definition touch-screen, which does nearly everything except free big cats from captivity in Mandai. 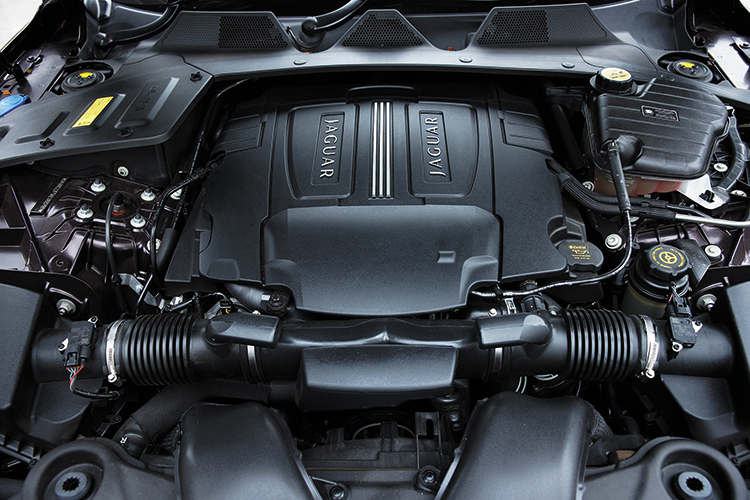 You need firm fingertrip pressure, though, to operate the on-screen menus – iPhone users might get irritated. Other irritations are the clock (hard to read at times due to its reflective glass), some switches (too clackety for comfort) and the ignition button (strangely plasticky). Providing soothing relief are the satiny chrome accents (tasteful and plentiful) and phosphor blue “halo” lighting (beautiful).

The driving position is purposeful, with an ample armrest on either side and a handsome steering straight ahead. It is heavy with buttons for various functions, but the wheel offers a good size and great grip.

The weighting is ideal for town manoeuvres and highway journeys, but it gets a little light when first turning into a tight, fast corner. 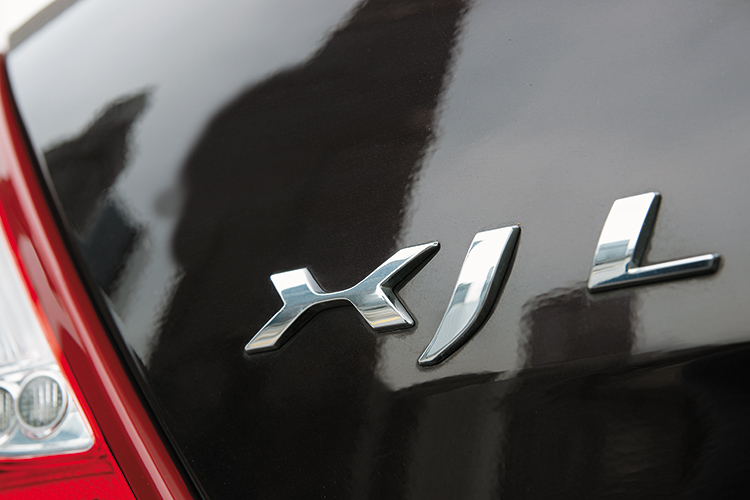 The agility is amazing for a large saloon, thanks to well-sorted adaptive suspension, but the ride on the 275/40 R19 Dunlops can get unsettled over bumpy, broken asphalt.

Making the strongest impression is the 5-litre, 6-speed V8. It is a Spitfire of an engine, with a lusty low end, a “thrusty” mid-range and a nicely throaty note throughout.

This British performer is a hugely talented pairing of rich tradition and exquisite modernity. Simply put, this flagship is fantastic. 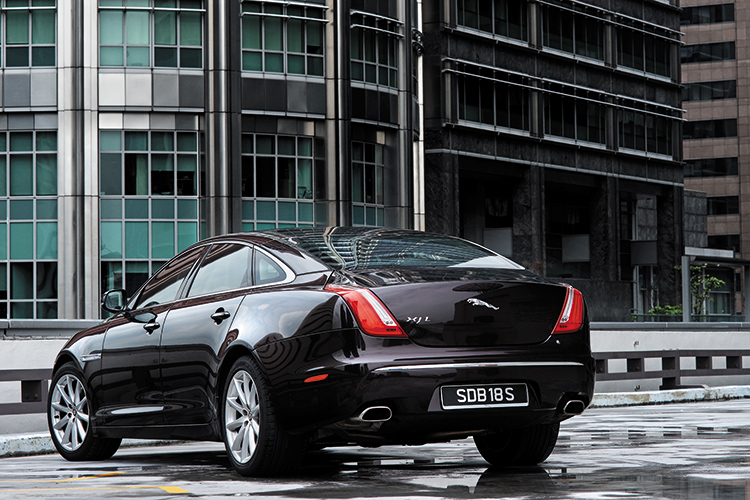