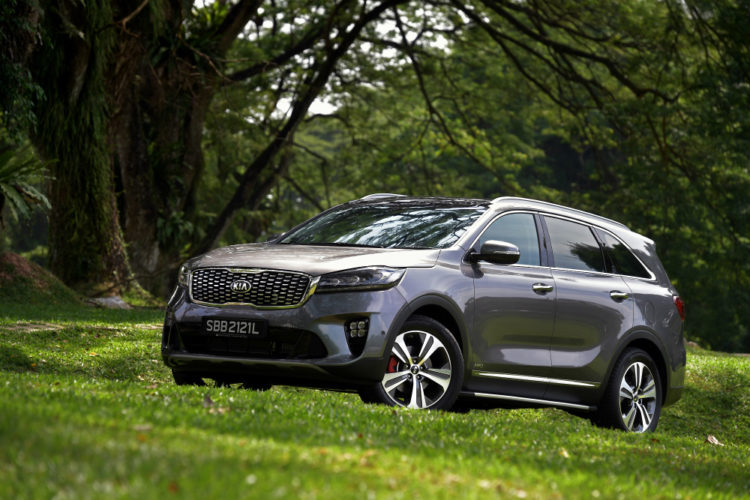 The Kia Sorento GT Line is the most expensive car sold by the South Korean marque in Singapore.

The high price reflects Kia’s confidence in the car, which is not entirely groundless.

The Sorento reviewed here is an improved version of the third-generation model launched in April 2015. Back then, the Sorento made such an impression that it was among 10 cars that were in the running for the annual Straits Times Car of the Year award.

The Sorento did not win, but it was ranked the highest for value for money.

Its engine is still the same 2.2-litre turbo-diesel from 2015. The car gets new bumpers, as well as new head and tail lights. But only Kia enthusiasts can spot the differences.

The most significant update lies beneath the sheet metal – a new 8-speed automatic gearbox, up from the previous 6-speeder.

The car always resets to the default Comfort mode each time it starts. This is just as well. The Sorento is not a sporty car, even though it has paddle shifters and red brake callipers.

Its steering is clinical and its suspension softly sprung.

The big SUV is, however, effortless to drive. With 441Nm of torque on tap, tasks such as quick overtaking and climbing up spiralling carpark ramps are accomplished easily. 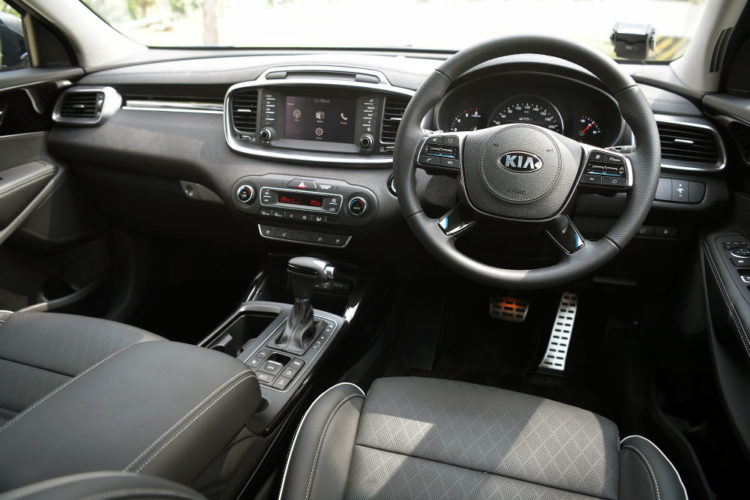 The car comes with a number of premium features, including ventilated seats, panoramic sunroof and self-parking.

There are other thoughtful little touches. For example, when I approach the car with the key in my pocket, lights at the front door handles come on. And when I stand at the rear for about three seconds, the tailgate automatically opens.

Another appealing aspect of the Sorento is its third row. Size-wise, the Sorento sits between full-size seven-seater SUVs, such as the Volvo XC90 and Audi Q7, and compact five-plus-two seaters such as the Honda CR-V.

But price-wise, it is closer to the latter.

Over a 217km test-drive, I recorded fuel consumption of between 10km to 12.5km per litre. This is higher than the official 15.4km per litre figure, but still acceptable.

But other aspects of the car are less so. The gearbox has a T-shaped lever, a design that was common in cars of the 1980s. I find the grip uncomfortable and the design out of sync with the interior.

And each time the engine shuts down when the car is stationary at the traffic lights, a warning message appears on the touchscreen display with a chime. “Battery Discharge Warning! Please use the system with engine running.” The warnings stop only after the engine cut-off feature is deactivated.

While the car is laden with technology, there is a glaring omission: a blind spot detection function.

During my drive, a dark grey Honda S2000 crept up to my left blind spot along Braddell Road. I checked twice before switching lanes and still missed the low-slung car. I sensed a car was there, leaned forward and straightened my back to get a higher line of sight and only then did I see the soft-top of the roadster.

These niggles aside, the Sorento is a capable car and a sensible choice. It will appeal to drivers who are not bothered by the car wearing a Korean badge.

If its weaknesses can be fixed, the Sorento will not just be good. It will be great.