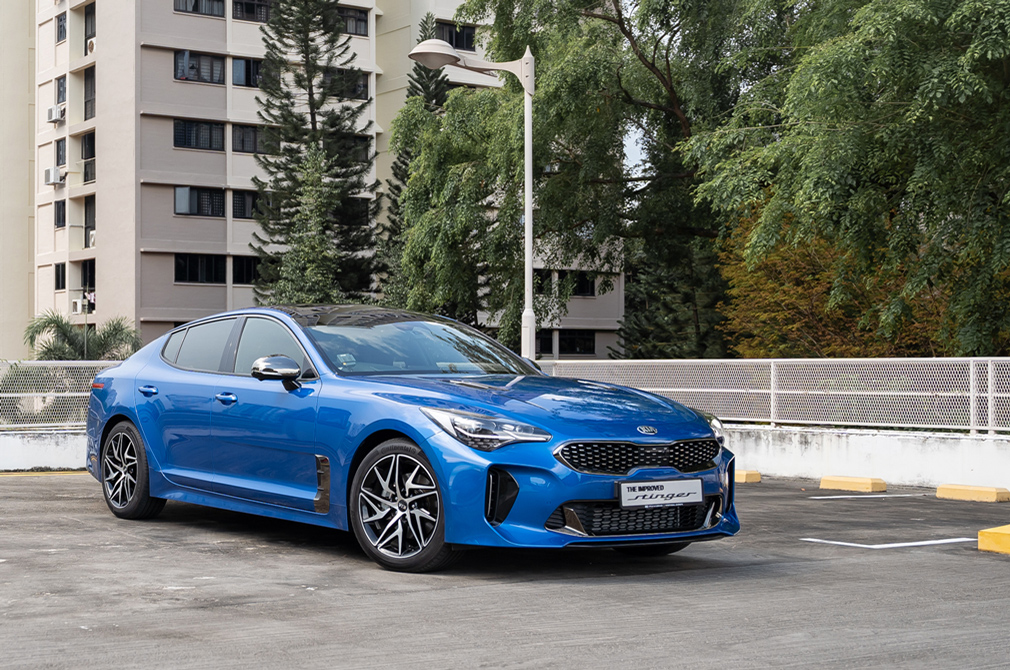 The Kia Stinger was the car that nobody saw coming.

And the Stinger didn’t just stun drivers. It also impressed them no end with its quality, handling and playfulness – it is the only rear-wheel-drive car in Kia Singapore’s lineup.

Several years and numerous awards later, Kia has updated the Stinger and given it a host of safety upgrades, while wisely leaving its fun-to-drive nature alone. 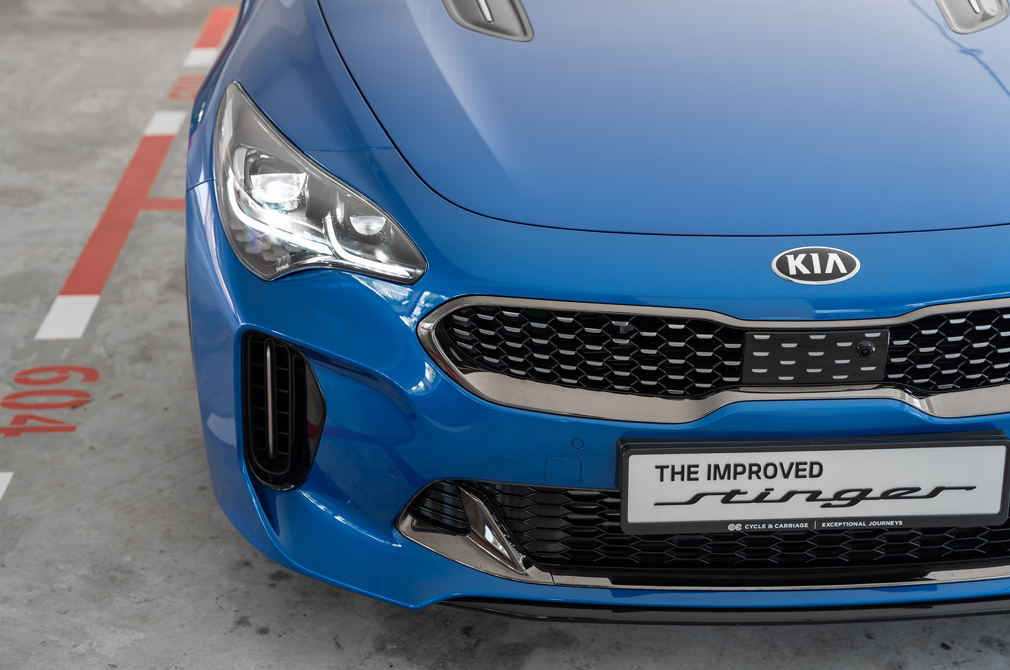 The Kia Stinger’s design has not aged, so the car’s styling has been mostly left alone.

There are new LED headlights and tail-lights, with the latter featuring a light bar to emphasise the width of the vehicle. New turn signals, each one comprised of 10 LED units, are designed to mimic a chequered flag.

Designers also did a solid job with the Stinger’s interior. Four years after it was launched, the cabin still looks sporty and inviting. But today’s buyers do expect things like a digital dashboard, which the car still does not have.

That said, upgrades to the Stinger’s interior include a metallic finish for the steering wheel, new contrast stitching on the doors and dashboard, and an improved mood lighting system with seven colours. Wireless Apple CarPlay is now standard, and the rear view mirror is now frameless. 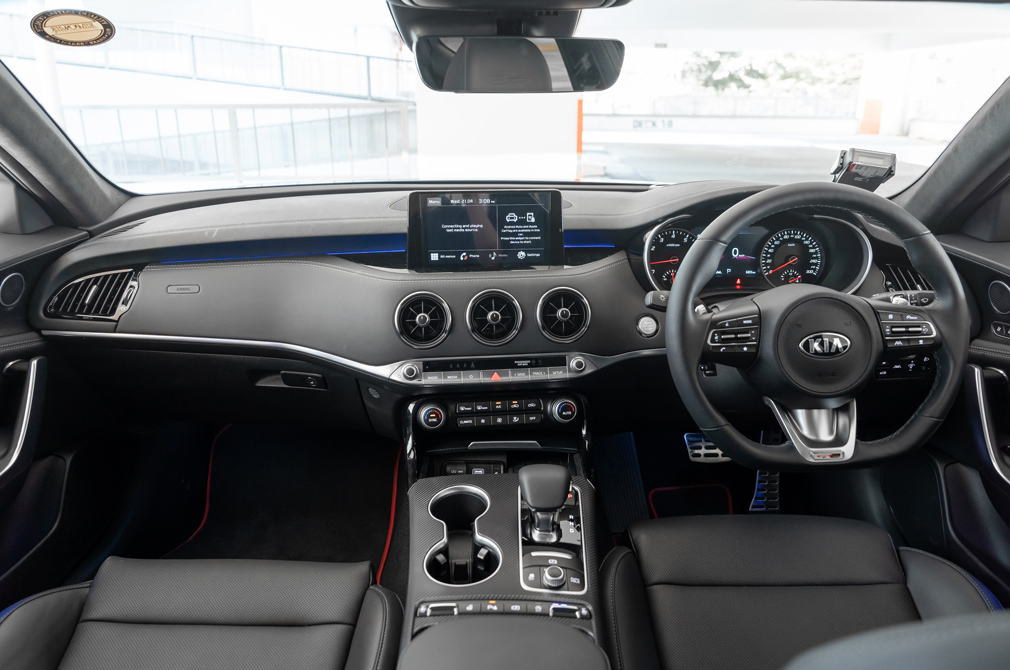 These include Forward Collision-Avoidance Assist, Safe Exit Warning, and Blind-Spot View Monitor. The latter, which was first seen in the new Sorento, displays a high-resolution video feed that corresponds to the direction that the indicator stalk is activated.

Kia did not fetter with the Stinger’s drivetrain. The GT Line is still motivated by a turbocharged 2-litre with 241hp (244PS) and 353Nm of torque.

Surcharges do not dull the Kia Stinger’s abilities, though, for till today, the grand tourer remains Kia’s most entertaining car. 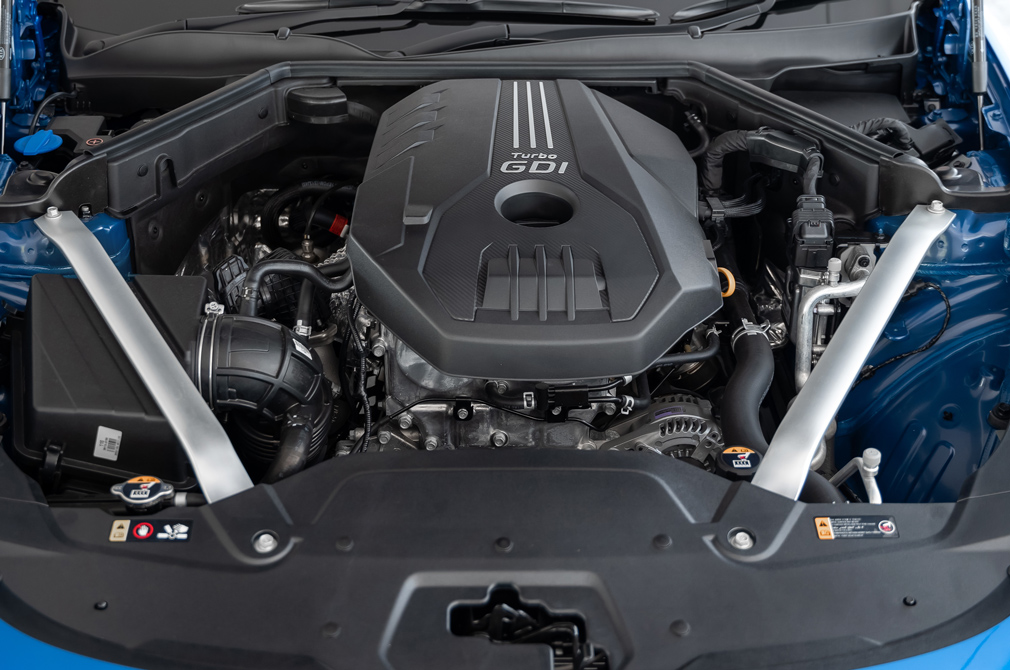 Its steering is quick and positive, and makes the Stinger feel smaller than it is. I sometimes felt like wrist flicks were enough to manoeuvre this car around a multi-storey carpark.

And boy, can the Stinger move. It flows through corners like current easing its way around and past rocks on a riverbed. And there is nothing abrupt about its manner – this fastback has finesse.

Push harder and the car exhibits its playful tendency to oversteer. The engineers were allowed to be cheeky, and it is the driver who is going to benefit.

In fact, the engineers are tempting you to drift the car. Why else would the Sport+ setting disable the traction control?

But dial down the drive setting to either Comfort or Sport, and you’ll discover the Stinger’s penchant for cossetting occupants. When you’re not having fun, the Kia Stinger is relatively hushed and cushy.

This duality is also what makes the car so compelling. 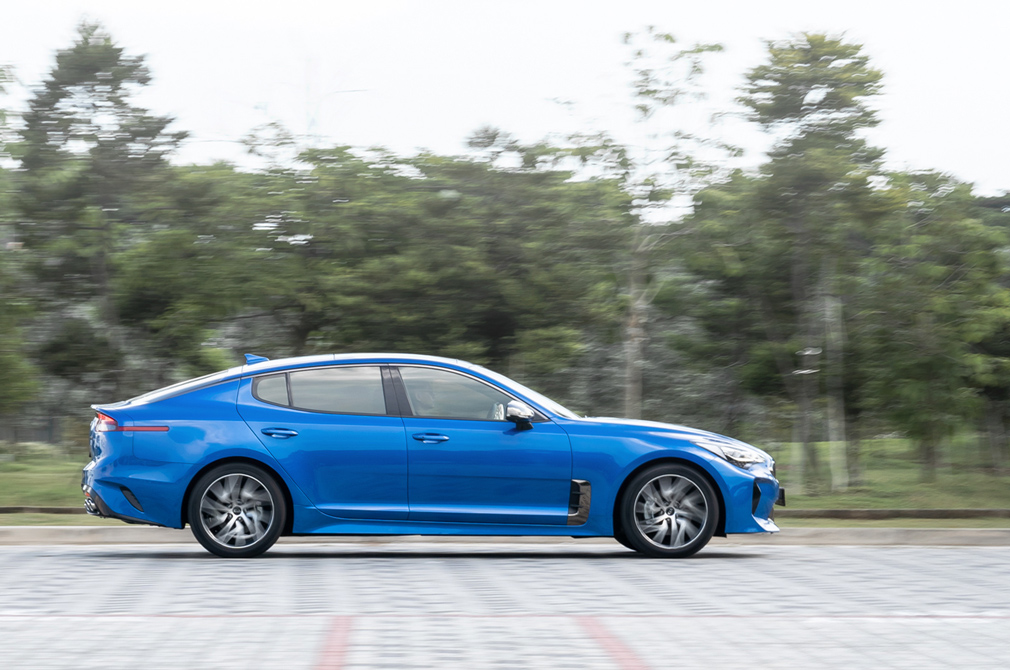 One thing I didn’t like, though, is the lag experienced as you’re pulling away from the lights, which might be the turbocharger taking a moment to spool or the Stinger’s inertia (it weights 1758kg sans driver).

But whatever the reason/s, the lack of immediate response from a standstill does not suit the car’s dynamic character.

Then there is Active sound design, which lets you choose the volume level of the synthesised engine noise (Off, Soft, Normal and Strong). It turned out to be less annoying than expected.

However, most enthusiasts prefer a natural soundtrack to a manufactured one. This is one area that engineers can improve, assuming the next Stinger is still powered by an internal combustion engine.

With numerous upgrades, the updated Kia Stinger is even more impressive than when it first debuted.

However, convincing sceptical buyers and/or badge snobs remains the model’s main hurdle. Only true enthusiasts who care more about performance than badges will appreciate what the Stinger offers.

Which, in all honesty, is a lot. Especially when you consider what Kia has achieved with this halo model on its first try. 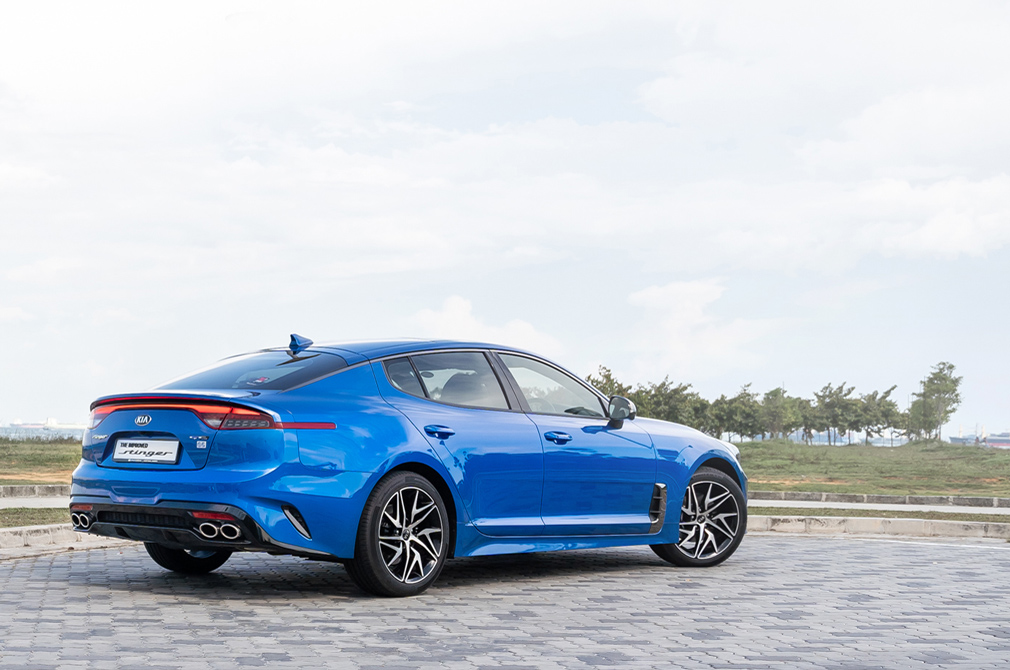